When talking about Jijona, the nougat quickly comes to our mind. There are several theories about the origin of the term ‘turrón’ (nougat). According to the first theory, the term derives from the Catalan term ‘terró’, which also derives from ‘tierra’ (earth) because of the appearance of the product. According to the second theory, the term comes from the ancient Spanish ‘turrar’, which means ‘to toast’, which is an essential part of the production process.

The nougat Jijona or Torró de Xixona is a variety of soft nougat. It is a compact mass obtained by cooking the ingredients: toasted and peeled almonds, honey, sugar and egg white.

After a first cooking, all the ingredients are crushed and a second cooking takes place in the so-called boixets. They are stockpots where the dough is cooked. The Master Nougat Chefs “finish” the dough to get the right texture. Then, the dough is molded into boxes for later cut into squares.

The artisan process and the improvement of the technique during centuries give as result a nougat that is easy to cut, of which we can appreciate its sweet flavor of almonds and honey as well as its rough texture thanks to the chopped almonds. 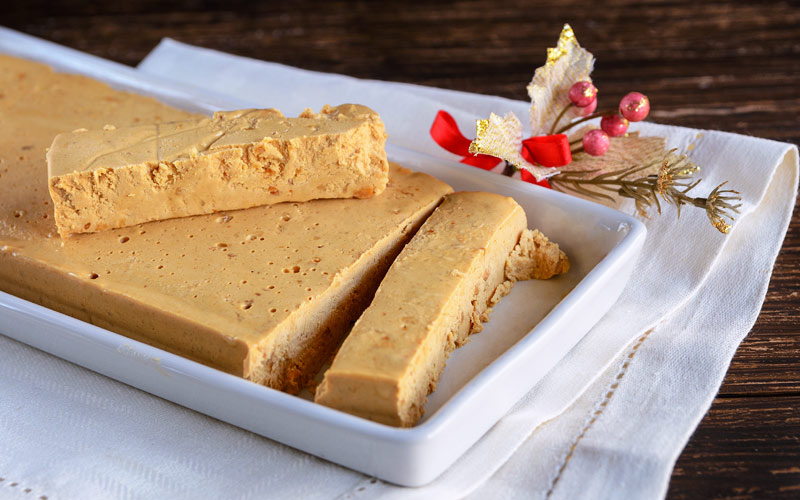 Nougats have been made for centuries in Jijona. Nevertheless, we cannot say its inhabitants invent it. The inventors were the Arabs or Jews who, though their culinary habits by the use of nuts in their recipes, instilled their use. The term ‘Jijona’ was born in the 17th century to designate the soft nougat made in Jijona. It coincided with its commercial expansion and identification abroad as a synonym for quality.