To begin this story we have to imagine a woman of no more than twenty years of age dressed up as a man. A woman who believes in herself and in all women. Although, perhaps, Concepción Arenal has not yet become aware of the latter. She will figure it out later, when she no longer needs the frock coat or the top hat.

But to get to that moment, one has to travel a long road that begins in the Faculty of Law of the Central University of Madrid, in the forties of the 19th century. This woman enters a classroom dressed as a man. At that time, access of women to higher education was prohibited, but she was very clear that she wanted to learn. Interested in law, languages and science. She has a wild curiosity, which does not disappear even when her secret is discovered. Because that silent, strange-looking young man turned out to be a woman.

They want to expel her, but she also expresses her desire to learn. She promise she will remain completely silent, she will not disturb, she will renounce any official title, if they let her learn. Let her be educated. Her education, up to that point, had been excellent. This was confirmed in one of the most extraordinary exams held in that faculty. With that assessment in hand, the university rector had no choice but to bow to the evidence. She is a woman, yes, but she deserves to be there. In silence, without disturbing, without an official title, without a future ahead of her, but learning. But without putting on her costume again, because everyone already knew her.

She always had things clear

Concepción Arenal was born in Ferrol on 31 January 1820. In fact, after her time at university, where she silently studied for four years, she went back to dress up. She did so to go with her husband, Fernando García Carrasco, to the literary gatherings held in Madrid in the middle of the century. García Carrasco, fifteen years her senior, always supported his wife. It was a hard blow for her when he died only nine years after their marriage. They had children in common and a whole life ahead of them. It was 1857, Concepción was 37 years old and her career had only just begun.

It was not an easy start. Her father died, under the absolutism of Fernando VII, when Concepción was less than ten years old. From him she inherited that strength of spirit and the firm conviction that she had to fight for her ideas, regardless of what society said about her. She never had a great relationship with her mother. She accepted that her daughters were educated, but this education was not to go beyond mere behaviour in society.

Concepción, who had grown up in the countryside free of prejudices and expectations, not only rejected the firmness of social norms. She also had an infinite curiosity for all fields of study. Her mother never really understood her daughter or accepted her aspirations. So, one can also imagine that when her mother died in 1941, the twenty-year-old felt liberated. She took her father’s moral inheritance, the family’s financial inheritance and paved her way. 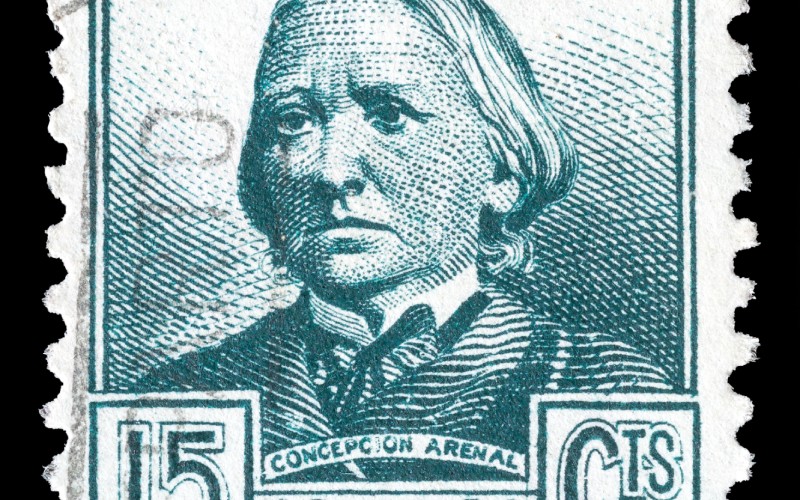 Too early for a woman, too late for a costume

Her time at university, her happy marriage and literary talks were followed by years of education and discovery. In 1855, Concepción and her husband began contributing to the liberal newspaper La Iberia. It had been a whlie since she turned to literature. She wrote poetry, plays and a novel which, unfortunately, has not been preserved. Concepción Arenal was reflective and analytical.

She made the leap into journalism with the tenacity with which she lived everything, but still hiding herself. Her first articles, without a signature, gave a good account of a sober, forceful and confident voice. But two years after that beginning, the government made it compulsory for her to sign all texts of a political or religious nature. So, the newspaper had to do without her collaboration. It was too early for a woman to sign and too late for a costume.

By then, Fernando García Carrasco had passed away, as the eldest of his three children. One could say that Concepción lived, during this period, the most complicated years of her life. Then she returned to the north, the land where she had grown up. The north offered her fresh air and it was there that the great figure she is remembered for today was born.

The woman of the future 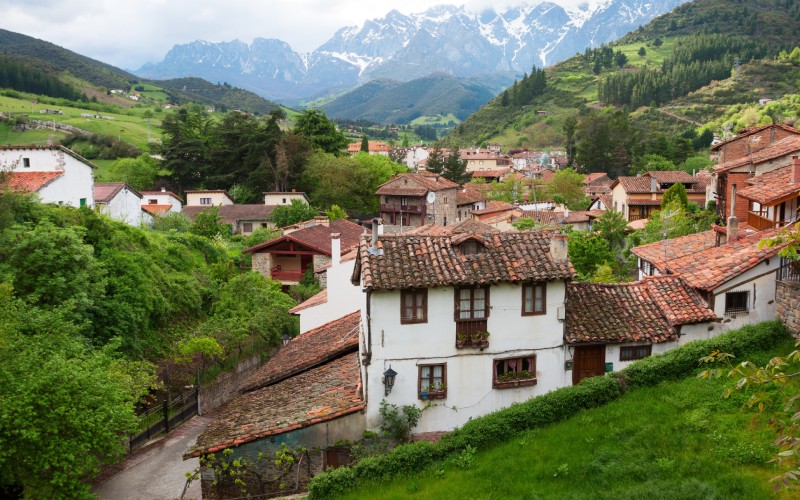 Concepción grew up in the Liébana Valley, and when she had the chance she returned to settle in Potes | Shutterstock

Concepción Arenal wrote her first clearly feminist work in 1861. She did not publish it until 1869, in the context of the famous Conferencias Dominicales, held in the Paraninfo of the Central University of Madrid. La Mujer del Porvenir (the woman of the future) was the title she chose to vindicate the intellectual capacities of women, similar to those of men. In this volume she reflected on the situation of her fellow women and their right to an equal education. It was the first of many books. Concepción Arenal was on the wave of the first women who fought for all.

In the north, between Potes, Gijón and Vigo, she also wrote about the most disadvantaged, about those forgotten by society. A close friend introduced her to the Society of St. Vincent de Paul and Concepción decided to create, in the Cantabrian town, the women’s section of this Catholic charitable organisation. That way her interest in social and humanitarian concerns began.

As her fame grew, she took on different roles in that society in which she believed, but in which she found many defects. She became Visitatrix of Women’s Prisons, at the request of Queen Elizabeth II. She wrote about the need to abolish slavery in the country’s remaining colonies, winning first prize in a literary competition with her creation Ode against Slavery.

Concepción founded La Voz de la Caridad (the voice of charity), a newspaper through which he launched projects for the benefit of the people. For example, an initiative in which ten well-to-do pledged to help one family in poverty. She also set up the Charitable Construction, which aimed to create homes for workers. Besides, she ran a hospital during the third Carlist war. Later, she wrote about his emotional experience in War Paintings, published in 1880.

It seems that she wrote about everything. About the commitment to help others and the failures of the system (Beneficence, Philantropy and Charity, 1860), about prisons (Letters to delinquents, 1865), about education (The instruction of the people, 1878), about law (Historical essay of the law of nations, 1879), but more about women (Women’s education, 1892).

She also lived, it seems, everything. Concepción Arenal was part of a family and created her own. A happy and fulfilled wife who wanted to contribute to the household economy, who was determined to be able to do so and did so. She was also a great professional. A journalist and writer of great production, she ended her life between awards. And she was always a woman, even, perhaps especially, under that costume. A woman who not only knew she could. She also knew she had the right to do so. Concepción Arenal wrote and lived in this way until the last of her days.

Cantabria, CULTURE, IMMORTALIZED WOMEN, literature, potes
It may interest you...