Paying attention to the woman portrayed by Francisco de Goya, the eyes meet with a serene expression. A calm face and the characteristic attitude of the ladies of the time. She holds it together, poses docilely, barely shows an expression, an emotion. The woman portrayed by Goya seems tired as well. She would die months later. She was never in good health, but she lived intensely the intellectual and cultural revolution of the century she belonged to.

This peaceful mood, reproduced by the famous painter, can be found in the galleries of the Louvre Museum. It is probably an unknown face to all its observers, but it has a name. Her name is María Rita de Barrenechea. Her portrait, ‘Retrato de la condesa del Carpio (La Solana)’ has also a story. But looking at history books, we don’t find much. Almost anything. 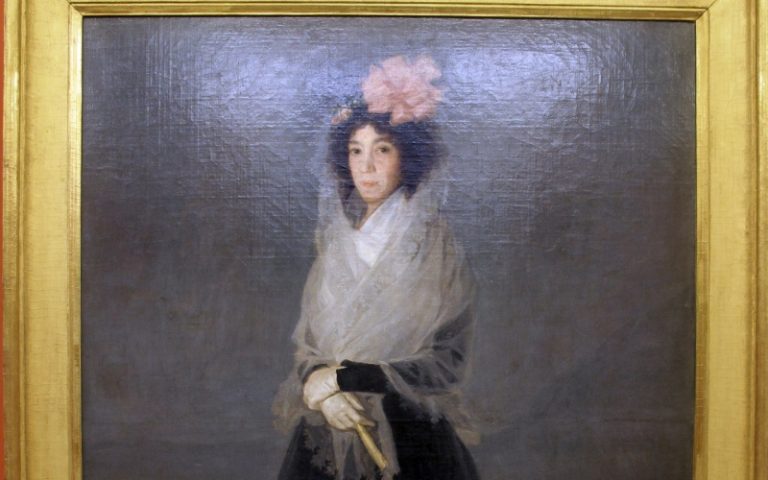 Portrait of the Countess of Carpio, located on the Louvre Museum

María Rita de Barrenechea was born in Bilbao, in the middle of the 18th century. The Enlightenment had arrived in Spain to stay, alongside figures such as the main character of these text. However, while Leandro Fernández de Moratín was in stages of Madrid, María Rita had a lower status. She also wrote, but the common place of women of the time -in theater, arts, in culture in general- was different. They weren’t main characters. They were, at most, assistants of men’s successes. But it doesn’t look like that Rita was satisfied with attending performances or being educated at home.

In the 18th century, societies aimed at promoting cultural development were strenghtened, such as the ‘Real Sociedad Bascongada de Amigos del País’ or the ‘Sociedad Matritense’, which María Rita de Barrenechea was close to. Together with her husband, she organized meetings and conversations in her home. She attended many other cultural meetings. She debated, discussed, made herself noticed. She had a gentle, generous and quiet character, according to those who knew her. But she also had a voice, an opinion, and a lot of knowledge.

And she wasn’t satisfied with just slowly penetrating a male-dominated world either. She wanted to create safe spaces for women like her, who were beginning to discover their true place. The real place. Together with 13 other female colleagues, she founded the ‘Junta de Damas y Mérito’ (Board of Ladies and Merit). 14 women, supported by King Charles III, promoted and invested in the incorporation of women into the cultural life of the time, and into the public space of the Age of Enlightenment. 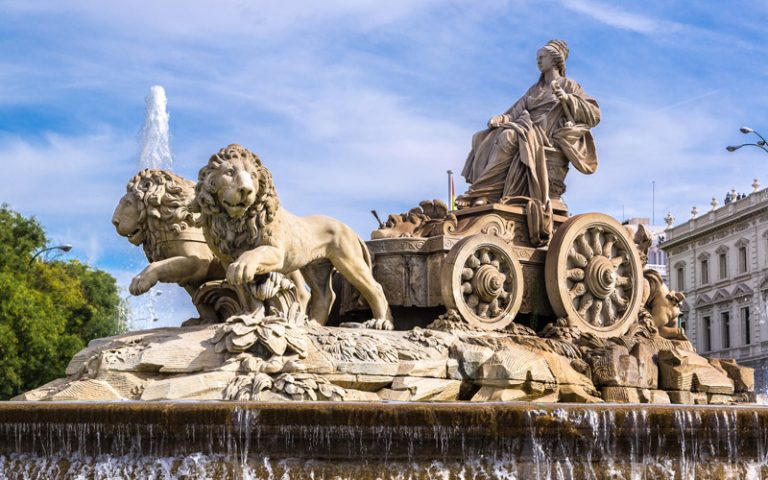 Therefore, María Rita de Barrenechea was guardian and promoter of the cultural life of her time, and she was also a creator. She wrote theater, she was passionate about it, and about letters, in general. She identified herself with the values of the Enlightenment, with the neoclassicism that filled the streets of Madrid, and all of Spain. And those ideals are perceived in her works, as they were perceived in the colleagues’ works, but theirs were represented on stage. Rita’s works were kept in a drawer.

The historian Manuel Serrano y Sanz had the opportunity to discover this drawer years after Rita’s death. What she had left behind. He found several writings of different kinds, and an interesting correspondence with her husband. However, only two plays with her signature have survived to the present day: Catalín and La Aya. The first was kept by an anonymous admirer of the dramatist. La Condesa del Carpio had contemporary admirers, such as Luisa de Medrano, but none of them appear in history books.

It has also gone beyond the fact that she wrote a play to be starred by her daughter and friends. There were more, definitely. Anyway, the important thing about this is what it means: that María Rita de Barrenechea never finished writing for her public, probably because she was aware that there weren’t many opportunities for women creators. So, she wrote for her closer circle, to their delight. It seems that, at least, she achieved the latter. That is why she had countless compliments. 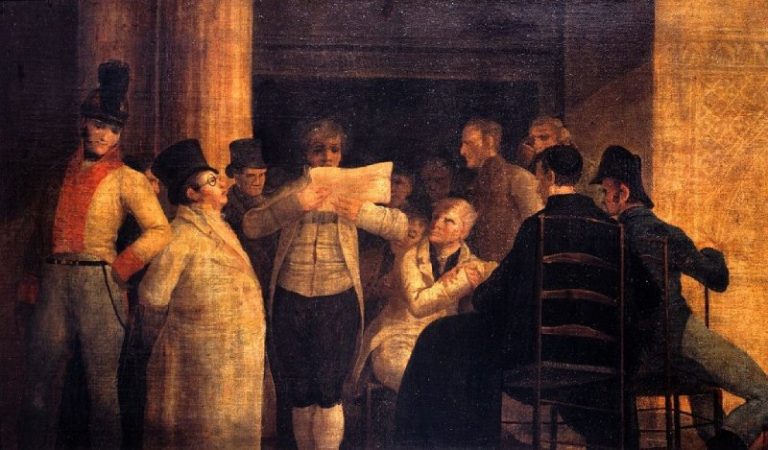 The Englishman Joseph Townsend, a tireless traveler, had the opportunity to attend one of these home meetings, and he highlighted the Countess del Carpio’s personal charm and her lively wit. The politician and writer Gaspar Melchor de Jovellanos, who was a great friend of the couple, referred to her as ‘a woman of great spirit, talent and grace’. There was no lack of compliments from those who were close to the Countess. But there was, as it usually happens, a lack of opportunities.

Consequently, to build the desired profile of this new protagonist, we must resort to the spontaneous words of her contemporaries. Spontaneous, because they were the result of everyday life, not a study. Perhaps they can help, at least, as a trustworthy demonstration of the Countess’ character. At a time when women still belonged to the plane of shadows, there was only light around her, in keeping with the century she belonged to.

In this sense, the most irresistible alternative invites us to stay with the words of another woman. María Rosa Gálvez, poetess and dramatist who stood out in those years, said goodbye to a faithful friend with a creation of her own: ‘La noche’. A song in loose verse to the memory of the Countess of Carpio, which titles these lines. In this moving poem, sensitivity, intelligence, virtue, and kindness of a Rita who was a guardian of culture are obvious. It also shows the wit and creativity of a woman who was also a creator. 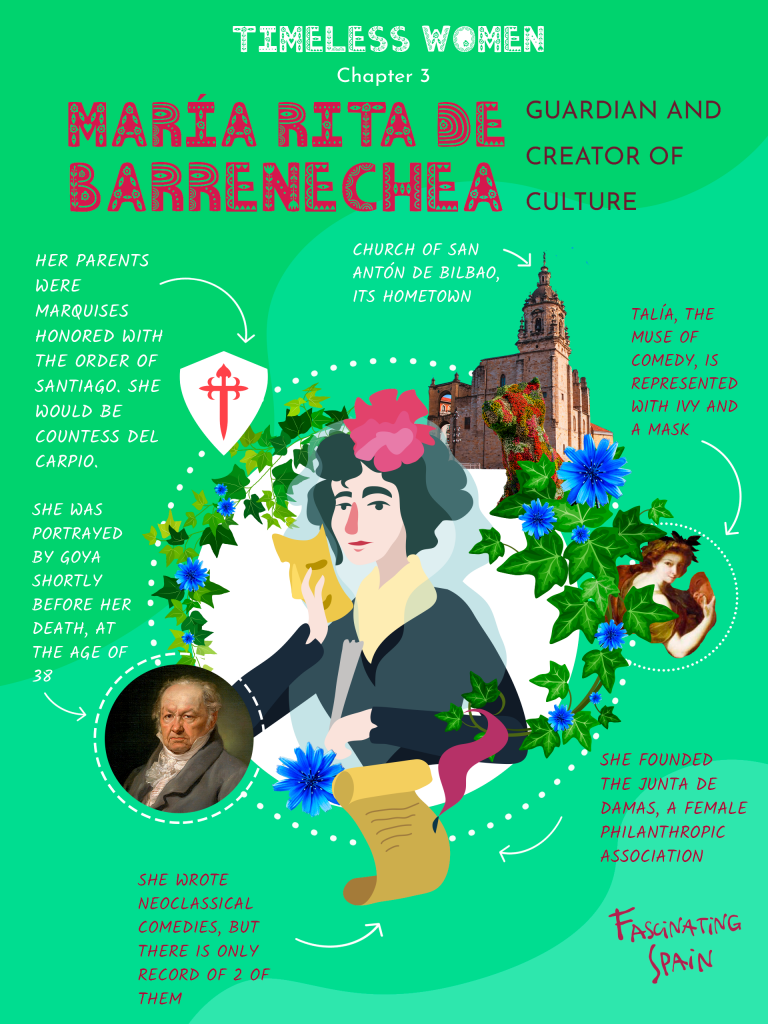 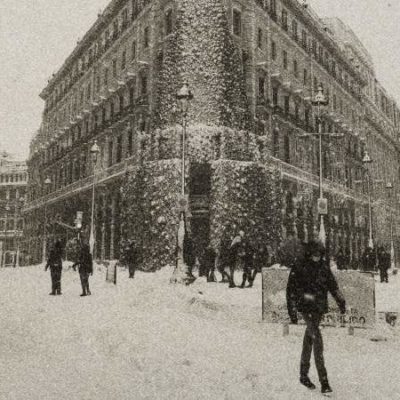 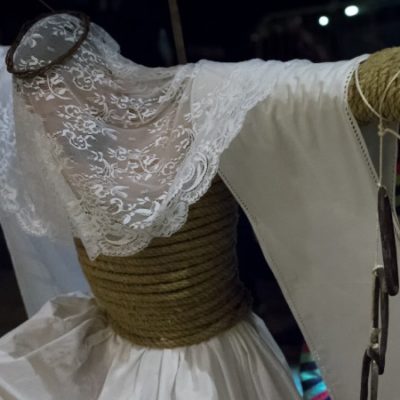 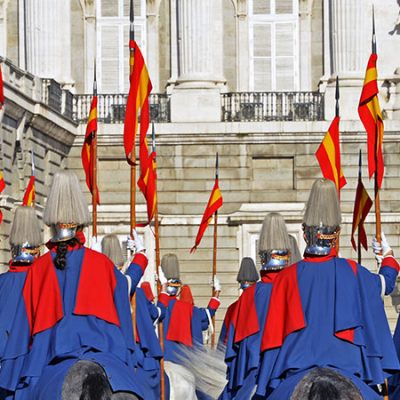 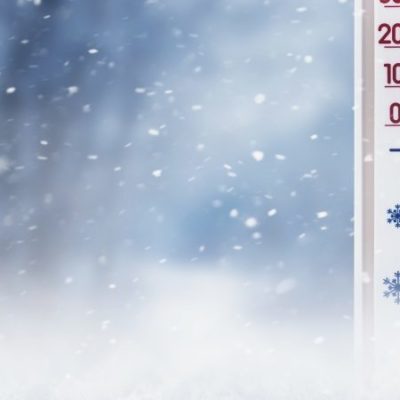