‘When Queen Urraca and don Álvaro Rodríguez wanted King Fernando to lose Asturias’, reads a text that has been preserved in the Monastery of Santa María de Otero de las Dueñas, León. This document would have no more value than that which the passage of time has given it. It belongs to the 12th century, but speaks of debts and personal dealings. It is important, however, because it confirms an event lost in time. The fact that doña Urraca la Asturiana fought to reign in an independent Asturias. Just as it sounds.

She did not become queen of the kingdom that stole her dream, but she was officially queen of Artajona and Navarre as consort. When she returned to Asturias, her land of birth, she kept this title and fought for what really mattered to her. She established her residence and court in Oviedo, in a former palace of kings. From there she fought for Asturias, for her reign. Although she was never crowned, her contemporaries never ceased to feel her as such.

A young woman with clear ideas 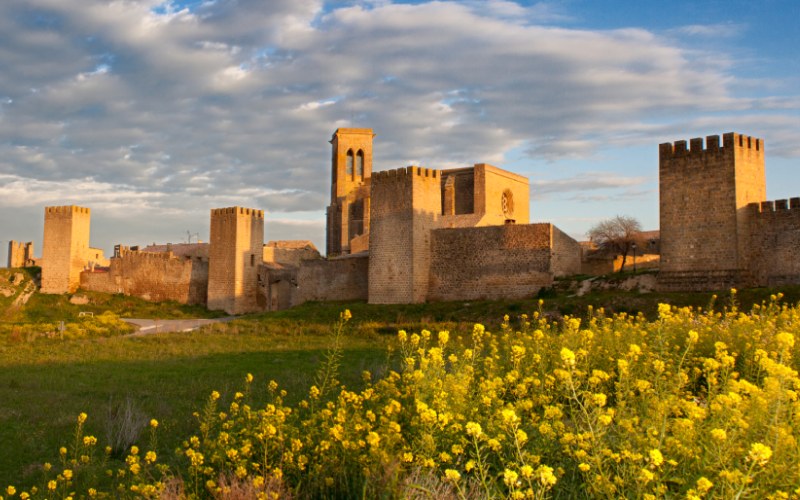 Fence of Artajona and church of San Saturnino. | Shutterstock

Urraca Alfonso de León, known as the Asturian, was born in Aller in 1133, but she did not grew up there. Where and how did she begin to develop that decisive and combative character which is assumed in her? Illegitimate but beloved daughter of Emperor Alfonso VII de León, Urraca, spent her childhood at the side of his sister, Sancha Raimundez. she grew up and learned at the royal court itself. Perhaps she took note of her aunt, who knew how to carve out a place for herself in a men’s place. Sancha had a great influence in her brother’s circle of trust and it seems that her figure always accompanied Urraca, even when she was forced to leave her family.

She did that early, when she was barely ten years old. The marriage agreement was signed between her and García Ramírez, King of Pamplona. In her first period life, Urraca was no more than a piece in the chess game of her father, who wanted to improve Navarrese-Castilian relations. Little is known about those years at the side of a man three times her age. It does not seem that Urraca had much interest in the court of Pamplona, its politics, or its way of life. It was not for nothing that she had her own kingdom, obtained by dowry. Artajona, with its siege, and other towns such as Olite, were into her power. They remained, at least for a few years, under the mantle of Castile.

It does seem, however, that he missed the land of his birth, Asturias. There are records of trips with her mother, with whom she spent some short periods of time. Urraca always wanted to return and stay. To her determined character is added, therefore, a part of nostalgia. Of belonging to a place that would define a good part of her life.

When her life really began 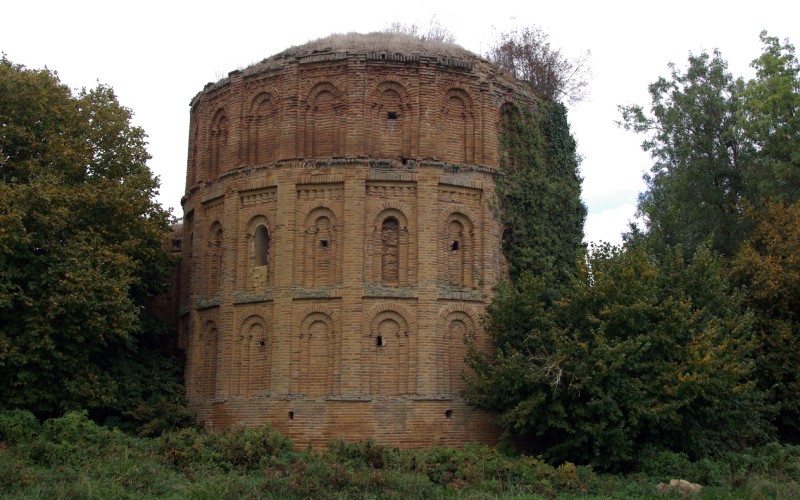 Because the true story of doña Urraca la Asturiana, or at least that is how it may feel, began many years after her birth. Years after that unwanted marriage which did not last long. García Ramírez died in 1150, leaving Urraca a widow, with a daughter in common whom she named Sancha. Sancha, like the woman she grew up with.

When the King of Pamplona died, Urraca was 17 years old. She stayed in Navarre until she was 20 and the kingdom made peace with Soria. During those three years she administered her small kingdom, which she would leave to her half-brother Sancho III of Castile. Then, with her inheritance from her first husband divided up, she went to Asturias. Her father, surely aware of her wishes, gave her the Royal Palace of Oviedo, the abode of kings. Not only did he not withdraw the title of queen from her, a legitimate title by virtue of her first marriage. But also, it seems that he entrusted her with the administration of a region that belonged, at that time, to León.

In this sense, Urraca always respected the decisions of her father and then of her brother, Fernando II de León. But she also made her own decisions. She strengthened her relationship with her mother. She founded many of these places, such as the monastery of Santa María de la Vega, whose ruins can still be visited today. In doing so, she demonstrated initiative, leadership and capacity for both organisation and management. Doña Urraca la Asturiana was, in Asturias, more of a queen than ever, without needing a crown to do so.

The Asturian and rebellious queen

Yes, doña Urraca was also a rebellious queen. At this point, we must go back to the beginning to recall those words that certify what happened. ‘When Queen Urraca and Don Álvaro Rodríguez wanted King Fernando to lose Asturias’. A blunt statement.

Around 1163, Urraca remarried to Álvaro Rodríguez de Castro, Lord of Navia. It is known that her second husband was a loved man in the area and a good soldier. Perhaps love arose between the two, after a first marriage devoid of love, but what certainly arose was a very strong feeling of patriotism. Both led an attempt to gain independence in Asturias.

These words, taken from a monastery in León, expose several key issues. The person responsible for them is Nuño Melénez, a landowner of the time who spoke of settling personal debts that are not relevant. What is most interesting is to understand that he chose to point to the rebellion as a prominent point in time. ‘This happened’, it goes, ‘when Queen Urraca and Don Álvaro Rodríguez wanted King Fernando to lose Asturias‘. In other words, it was a popular event that marked an era.

In any case, it did not turn out well. It is recorded that Fernando VII put down this rebellious act by his sister without too much trouble, banishing her to Palencia. She died there. Some studies suggest that it was months after seeing her desire to become the legitimate queen of the land she loved destroyed. Others extend her life to 1179.

Anyway, it was an exciting life for this woman who, in the middle of the 12th century, had no hesitation about fighting for what she wanted. Doña Urraca la Asturiana was a queen in every sense of the word, determined, brave and constant in what she did. A woman to remember. 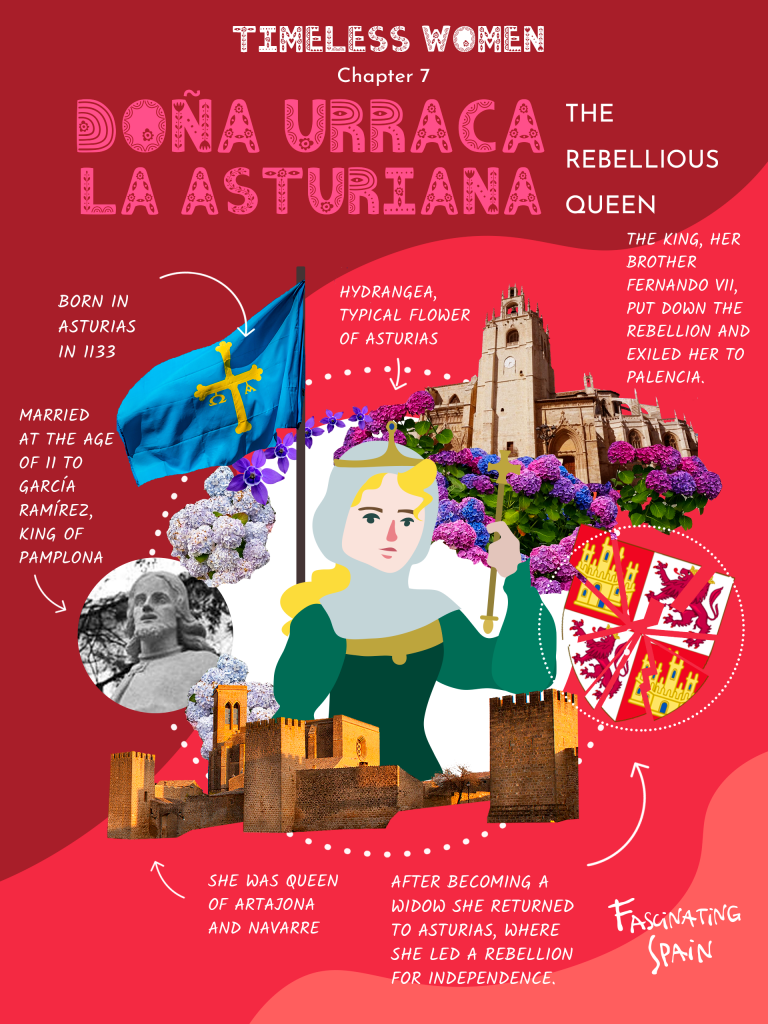 asturias, Castile and León, CULTURE, IMMORTALIZED WOMEN, queen
It may interest you... 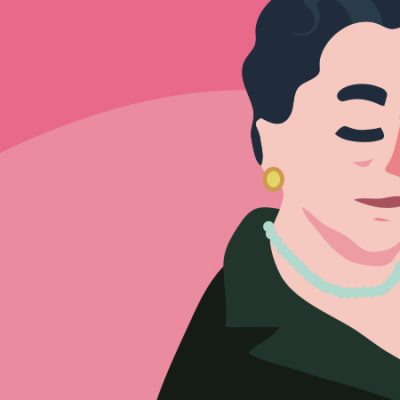 Josefina Molina, paving the way | Timeless Women 6
'I would say that I have always talked about freedom. Especially, the freedom of women Más información

Ende, the great illuminator of the 10th century | Timeless Women 1
The mystery surrounding Ende is total, starting with her very name. All that has transpired Más información