After the conquest of Tortosa, Miravet and the various Taifa kingdoms that fell at the end of the 12th century, the Knights Templar were a well-established institution on the Iberian Peninsula. The years that followed its participation in the first conquests were prosperous years in which its power grew. As did the esteem in which they were held by a population increasingly fond of these mysterious figures. Gradually, they began to be granted that mystical aura that grew in importance in later centuries. In the 13th century, the Templars were seen by the population as religious knights who protected their lands and defended their ideals. The Templars soon carved out a niche for themselves in the society of the time; almost as idols of the masses.

The situation, for them, did not become more complicated even when the situation, in general, became more complicated. While the second half of the 12th century was characterised by quiet and victorious years, the reign of Peter II, which began in 1196, plunged the kingdom into a period of chaos which, in any case, ended up further consolidating the political power of the Order of the Temple. 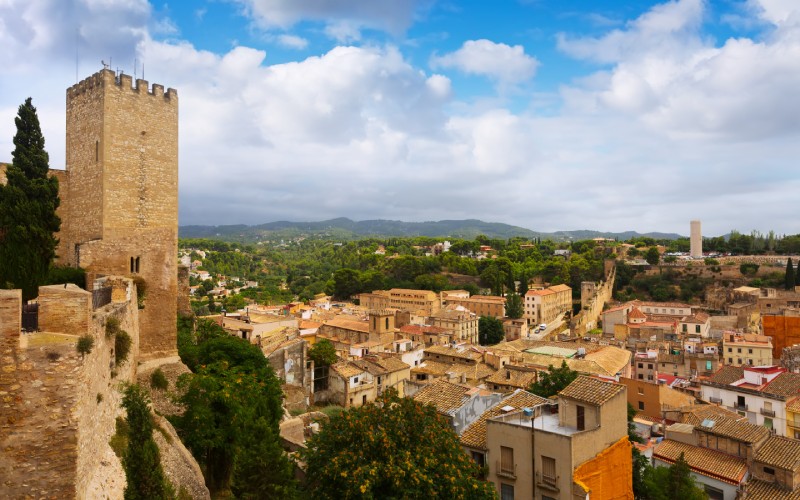 Tortosa was one of the most important Templar enclaves. | Shutterstock

The chaos after Peter II

Peter II’s management of the Kingdom of Aragón was never successful, nor did he follow in the successful path left by his family, although he did try to follow the principles that had governed the Aragonese monarchy for decades. He was a religious man and had a certain expansionist character; but he made bad decisions and died, in the end, in battle. With regard to the Knights Templar, Peter II kept intact the relationship established by his predecessors. The Knights Templar accompanied the monarch in his battles. When they could not ride at his side, they were primarily responsible for defending the lands he left behind.

The main conflict of his reign had to do with the repression of the Cathars promulgated by Rome. Without going into details and simplifying the moment that we must portray, because it is not the subject that concerns us here, Peter II decided to serve his vassals rather than the Pope. This led him to confront Simon de Montfort directly at the Battle of Muret in 1213. It was in this battle that Peter II died, leaving the Kingdom of Aragón with only a five-year-old successor, whom Simon de Montfort had taken hostage. The man who was to become James I, the Conqueror, was held in the castle of Carcassonne for almost a year.

It took papal intervention to free him, and this is where the Knights Templar came into play. Personifying everything in one person, we could say that it is Guillem de Montrodon who comes into play. This Templar knight, who had previously belonged to a family of the lower nobility, would, in those years, have an astonishing power in the territory. This power was to be realised in Monzón, a command which we will discuss later. Guillem de Montrodón led a journey to Rome to demand the freedom of the young James, the future King of Aragón, from the pontiff. This freedom was guaranteed, and it was decided that, at a time of revolt and confusion in the Kingdom, James would remain under the protection of the Knights Templar in the castle of Monzón.

In the foreground James I Tower on the right and the dormitory tower on the left. | Shutterstock

Educating a king, ruling a land

James I, the Conqueror, was born in Montpellier in 1208; five years before the death of his father, from whom he inherited his titles. He was the only son of Peter II and Marie of Montpellier. The royal couple never had a good relationship and lived, whenever possible, at a distance from each other. James was born to alleviate the worries of the nobles of Aragón, who saw in Peter II what they regretted so much about Alfonso I: a future problem of succession to the throne, preceded, in this case, by less victorious years. But James was born.

He was born and grew up, for a time, under the tutelage of the aforementioned Simon de Montfort, but, with his father deceased and the Knights Templar interceding on his behalf, he moved to Monzón, where he began his Templar education. The lessons he took away from these years can be discerned in both his decisions and his future actions. James I was a worthy heir to the monarchy of Aragón. He too had faith as his basic pillar and his expansionist character led him to seize territories that other monarchs only dared to dream of. From the Knights Templar he learned important lessons in discipline and military valour.

Once again, with Guillem de Montrodón at the helm, the Knights Templar made this commandery of Monzón one of their main enclaves. Set up in 1192, it was made up of 28 churches and a vast territory that included the Tierras del Cinca; and which enabled them to exercise unprecedented power in the area. Religious, political, civil and military leaders, the Knights Templar had livestock farms and several basic sites for production at the time, such as ovens and mills.

Donations to the Order continued to be numerous during these years. Royalty and nobility continued to bequeath land and economic attributes to the Knights Templar. Many people from lower social classes also joined in these donations; in gratitude for their services and as a sign of the admiration they aroused at the time. At the beginning of the 13th century, the Templars continued to amass fortunes throughout the Kingdom of Aragón.

The transition to adulthood

When James became fully fledged James I of Aragón, he did so without forgetting a single one of the lessons he had learned. He also did so determined to redeem the damage his father had done to the institution of the monarchy in the Kingdom of Aragón. To this end, with the Iberian Peninsula still fighting for Christianity, he set his sights on the Levante; forgetting a kingdom that already belonged to him. James I of Aragón fought to establish a new order between the nobility and the people; to alleviate the debts of Peter II and also to conquer territories considered impossible until his arrival. Such as Mallorca, the island that features in the following episode in the history of the Knights Templar in Aragón.