At the beginning of the 14th century, the era of the Knights Templar was coming to an end. Philip IV of France, supported by Pope Clement V, launched a campaign first to discredit and then to persecute the order. Between 1307 and 1314, when the last resistance of the Aragonese Knights Templar took place, many knights were imprisoned, tortured and condemned to death at the stake. In the latter year, 1314, Philip IV and Clement V, the perpetrators of the persecution, also died. Legend has it that they were cursed by Jacques de Molay, the last Grand Master in France.

Although France was the country that did most to hunt down the Templars, the rest of the continent could not ignore the papal bull issued at the end of 1307. The Templars were to pay for their alleged crimes. James II, then King of Aragon, was as indifferent as he could be to rumours that his allied knights were heretics, impious or traitors. However, he could not contain the great movement against the Temple for long. So he went on the hunt. At the beginning of the 14th century, the era of the Templars was coming to an end, also in Aragon. 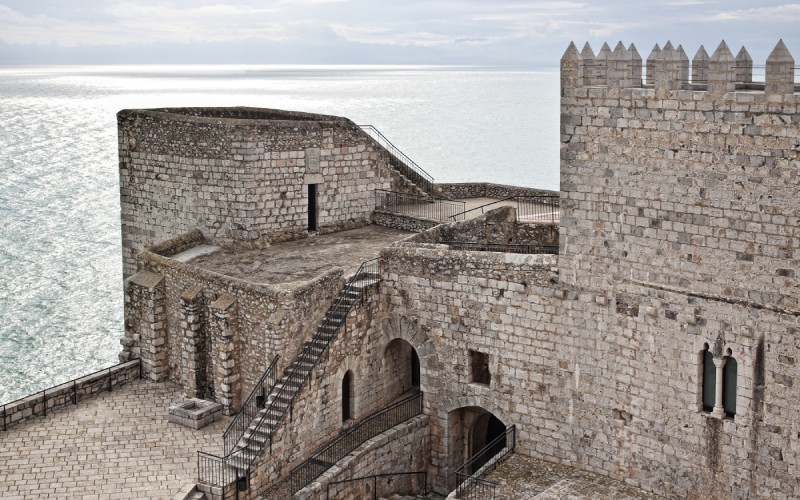 From 1307 to 1309, all the major Templar centres fell under siege by James II. These knights could have surrendered to a king who, no doubt, would have been kind to them. But they seemed willing to die rather than be submissive to the accusations that had been levelled against them. They had time to prepare their entrenchment in the castles. From the time Philip IV ordered the imprisonment of the French Templars until the papal bull officially ordering it was issued, months passed. A time of confusion and doubt. A time in which they did not accept a fate as unworthy as the one that awaited them.

Throughout 1308 the Templars defended themselves in their fortresses against the attacks of James II. But the warrior monks were not numerous and did not have the siege weapons of the Crown of Aragon. So, little by little, their fortresses fell. Peñíscola, Alfambra, Castellote, Cantavieja and Miravet, places that only a few years earlier had been the epicentre of Templar strength, gave way. If they held out longer than expected, it was partly because they had the support of the people. The men and women they had governed and protected supported, at least initially, their innocence. This is what Don Artal de Luna, procurator of Aragon, made known to James II during the siege of Monzón. The people were in favour of the Templars. That was not enough.

Monzón and the last resistance of the Aragonese Temple

In the foreground Jaime I Tower on the right and the dormitory tower on the left. | Shutterstock

Monzón was the last Templar stronghold to fall. James II besieged it in October 1308, but it was not until May 1309 that Fran Bartolomé de Belvís, the last commander of the Knights Templar, surrendered the fortress to the monarch. He did so regretting that he had fulfilled the suspected destiny. They were months of battles and extreme conditions, in which many men lost their lives. But such hardship has gone down in history as an example of the Templars’ endurance, fortitude and bravery.

It is said that during these months of siege the Knights Templar made several incursions into the area around Monzón castle. They took advantage of their knowledge of the terrain and also of a fortress built to their specifications, with numerous passages and underground tunnels through which they could move. It was in this way that they managed to keep themselves enclosed behind these walls day after day. It was also helped by the loyalty of the people, who remained as insurmountable as the will of the Templars themselves.

But Monzón also fell. When, in May 1309, the gates of the fortress were opened for James II to enter victoriously, there was no longer any doubt in Aragon: the Templars had fallen. They had been defeated in battle, castle by castle, redoubt by redoubt. It remained to be seen whether they would receive the fair trial which, it seemed, had been denied them in France.

The Council of Tarragona was held on 7 July 1312, a month and a half after Clement V had officially decreed the abolition of the Knights Templar. The trials were not over, nor were the deaths that this decree would claim, but the Knights Templar had ceased to exist as a religious order. As far as Aragon, Catalonia and Valencia were concerned, in all the places where they had a significant presence, the Knights Templar were declared innocent of all the charges brought against them. During the Council of Tarragona, their dissolution was corroborated, but no penalties were imposed on the knights who were still alive. It was not a happy ending, but at least they did not meet their death.

There were great disputes over the distribution of their assets. Although the Church wanted to seize all his properties, James II wrote countless times to the Pope demanding that these properties should pass into the hands of the monarchy. After all, it had been the monarchy that, for centuries, had fed the Templars with hundreds of donations. Moreover, James II explained in his petitions, it had to be borne in mind that after the dissolution of the Knights Templar, Aragon had lost 300 knights. Because the warrior monks were knights of Aragon. Finally, after years of disagreement, it was decided that the assets of the kingdom of Valencia would pass to the newly created Order of Montesa. The assets of the segments of Catalonia and Aragon were handed over to the Hospitallers. 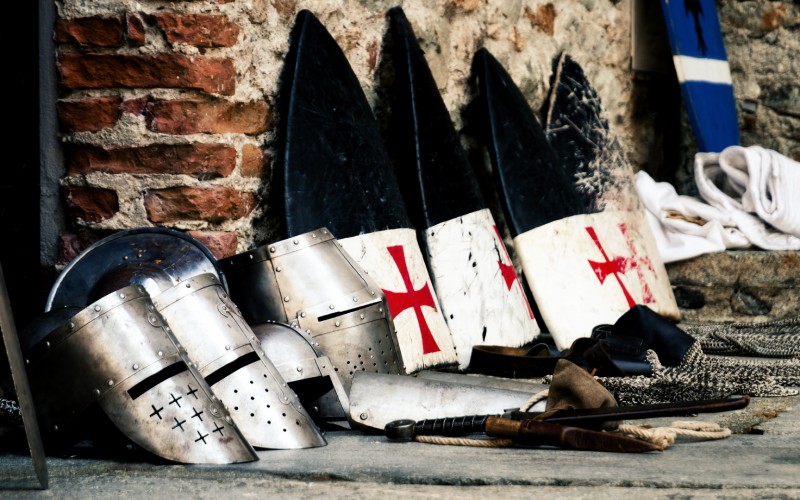 Characteristic image of the Templars. | Shutterstock

About the Templars who survived the events. Many went to the East, to continue fighting for what they had believed in for centuries. Others remained in those medieval lands of Aragon, Catalonia and Valencia, some even decided to marry. There were dozens who joined other religious orders, especially the Hospitaller Order. A decree, however, prevented more than two Templars from entering each convent. Dissolved, slandered and defeated, they were still considered powerful. Some, in fact, lived a quiet life thanks to the devotion they still enjoyed among the nobility and the people.

And the stories they starred in, as well as the legends that grew out of these stories, as you know, are still as vivid as ever.