We all agree that Andalusia is a filming location. Literally. The eight Andalusian provinces have been setting for some of the best films and series, both national and foreign, for over a hundred years. Surely more than once you have thought: ‘In which film have I seen this?’ With this list we want to show you all those places where your favorite actors have been. Prepare the popcorn and discover the scenes of series and films in Andalusia. 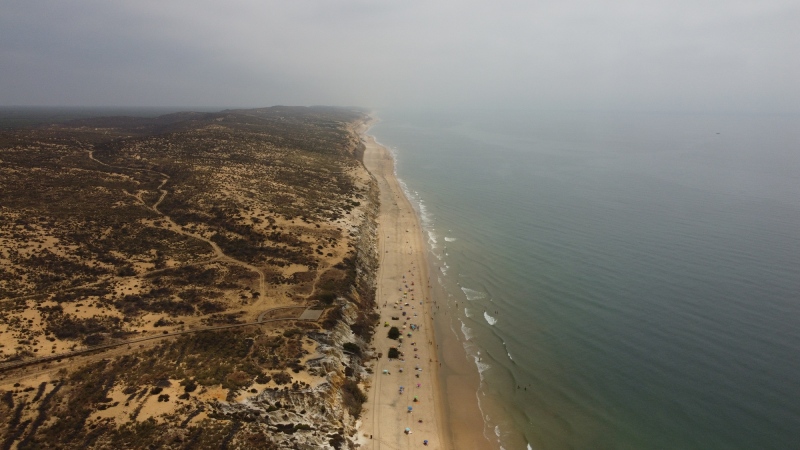 The scenic quality of Huelva has attracted all kinds of directors and producers who have shot series and movies in Andalusia.

– The Neverending Story. Through the lands of Huelva walked the little Bastian to save, through the pages of a book, a mysterious world. 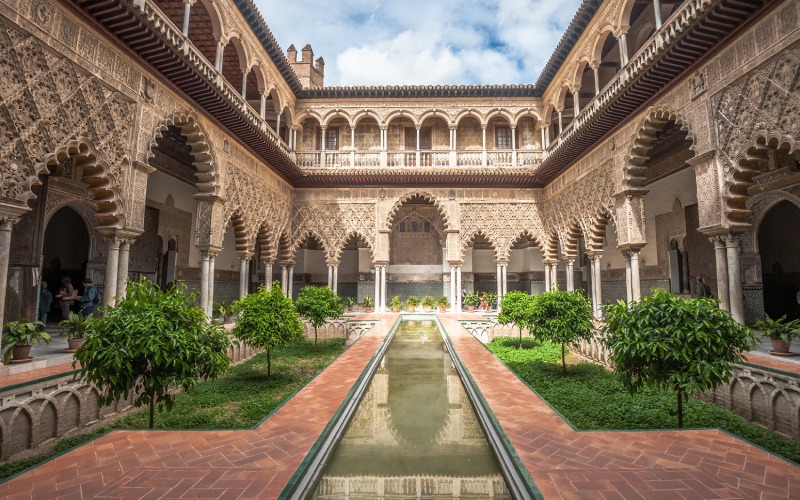 Having such a rich historical and cultural heritage has led this magical province to become the radiant setting for several international productions. Here are some of them:

– Mission: Impossible 2. Sevillians can boast that Tom Cruise has set foot on their land twice during two of its shootings. The successful actor was seen riding through the streets of the city on a motorcycle at full speed and also running the Sanfermines running of the bulls, with the La Maestranza bullring behind him.

– Game of Thrones. The acclaimed HBO series decided to set the Kingdom of Dorne during its fifth season in the Alcazar of Seville. In addition, many other scenes were filmed in Osuna.

– Star Wars: Episode VII – The Force Awakens. Many fans of the saga are unaware of the importance of the capital of Seville. The best known relationship between the city and these films is that the Plaza de España in Seville became Naboo during Episode II of the saga. 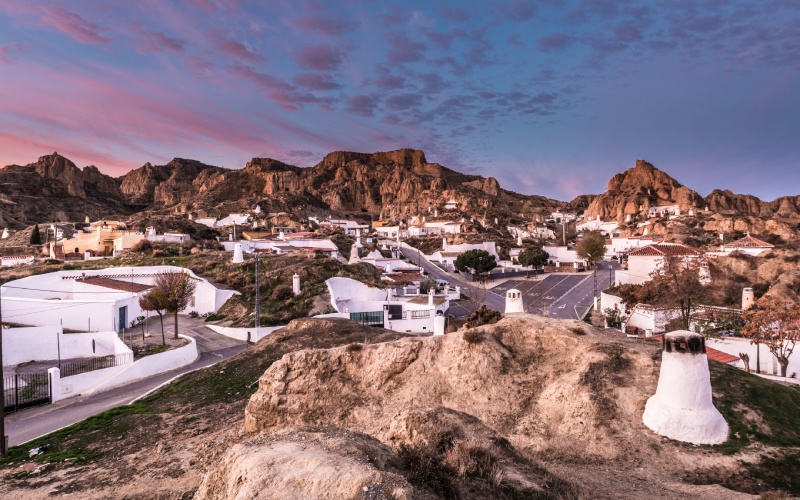 This province is the perfect place for all those directors looking for a bohemian essence for their productions, as well as one of the most beautiful destinations for filming locations in Andalusia:

– Indiana Jones and the Last Crusade: one of the most important scenes of Harrison Ford’s movie was shot in the train station of Guadix. 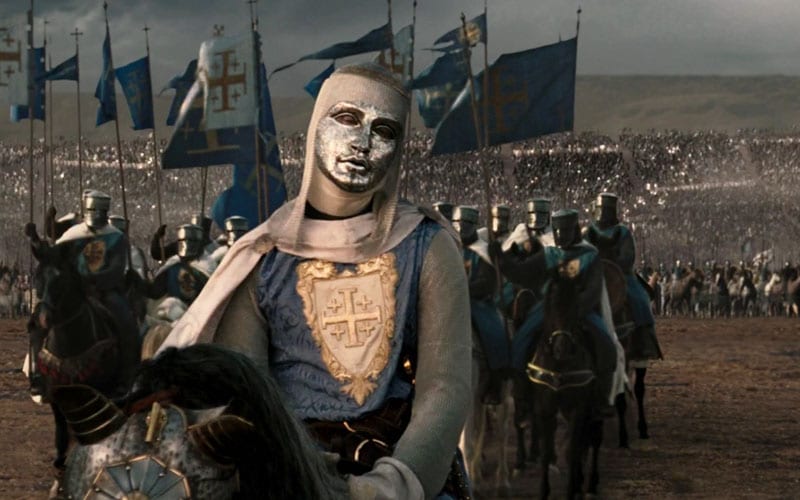 The charm of this city and its Arab attraction are two incentives to shoot period films in this province.

– Kingdom of Heaven: although the setting initially thought for this film was the Mosque-Cathedral of Cordoba, finally the film crew had to move to Palma del Rio. 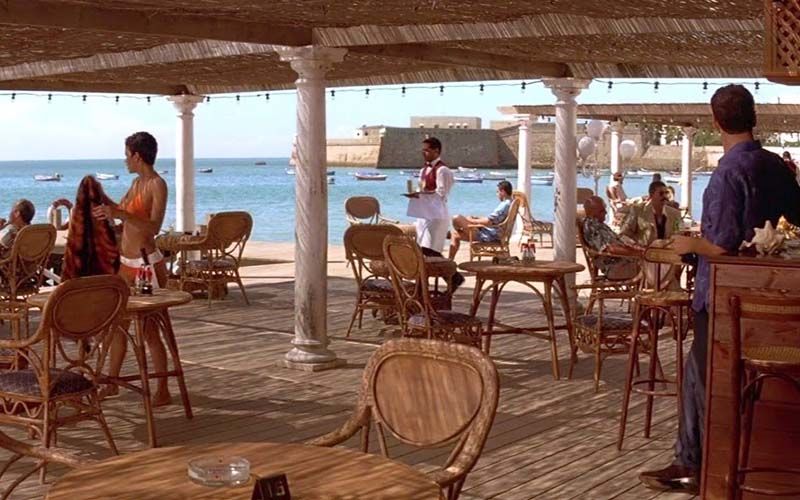 Undoubtedly, the beaches of Cadiz have a great capacity to attract directors and producers. That is why it is part of our film sets in Andalusia.

– Die another day. No one can get out of their memories the image of Halle Berry coming out of the water in a mythical scene that simulates Havana. In reality, this sequence was filmed on the beach of La Caleta, next to James Bond, played by Pierce Brosnan. 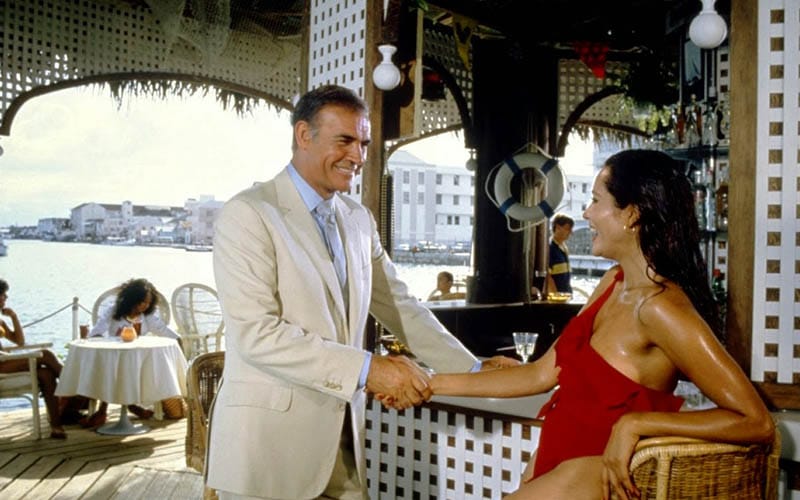 This province stands out for being the land of western movies. However, the productions that have recently been made in this area do not have much to do with this genre. Even so, the desert and arid landscapes are still very much appreciated by directors. For all these reasons, it is included in our list of filming locations in Andalusia.

The most successful productions filmed in this province are Never Say Never Again, Lawrence of Arabia and Cleopatra.