‘I would say that I have always talked about freedom. Especially, the freedom of women to make their own life. Deep down, it’s what always concerned me since I was a child. To do what I wanted, and to do it the way I wanted. This was not easy for women. And it still isn’t.’ These were the words of Josefina Molina, a January nine years ago, when she was honored by the Academy of Motion Picture Arts and Sciences of Spain with the 2012 Honorary Goya Award.

In this individual recognition she wanted to remember all women. All women who were there before and of all those who were looking for their way almost a decade ago. If it’s not easy now, ten years ago it was even less so. When Josefina Molina started her own way, in the late sixties, in a complex society, it was almost impossible. But she managed to graduate in Directing at the Official Film School, becoming the first woman to do so in Spain. It was 1969, three other women were admitted to the academy and many others were determined to break down the barriers imposed historically to dedicate themselves to what they loved.

Cinema, in Josefina’s case. She knew at the age of 15, she had her name already engraved in this Goya. What she could not have known was that she would end up becoming not only a reference, but also the woman who paved the way for many others.

Josefina Molina was born on November 14, 1936, in Córdoba, into a wealthy middle-class family. Despite the terrible times in which she grew up, Josefina was fortunate to finish her studies. She graduated in Political Science. It could be said that this university diploma was of little use, taking into account her following career. But the truth is that her concerns and interests fit well with this initial decision. Also with the time in which she had to make it.

Later on, she took a step that went inside her since her adolescence. Since she began to enjoy the Episodios Nacionales (national episodes) by Benito Pérez Galdós, began to attend film and theater talks, and saw El río from Jean Renoir’s on the big screen. Josefina Molina wanted to tell stories and found in the cinema the perfect scenario for it. Not in vain, according to her own words, this art was a unique mix of “literature, image, stories and music”. 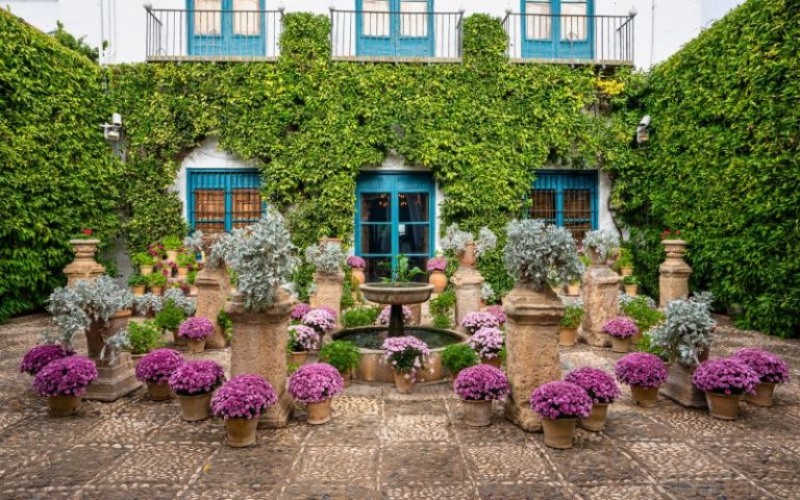 Josefina Molina grew up in the shade of the flowers of Córdoba. | Shutterstock

Driven by this passion, she founded the Teatro de Ensayo Medea in Córdoba in the early sixties. This theater group not only carried out different performances that inspired the cultural life of that time. It also bet on the implementation of conferences and workshops related theater and cinema. Josefina Molina already exceled for her knowledge and vision. And, in the end, she decided to exploit that facet. At a time when women did not get behind the cameras, Josefina Molina left everything to bet for an uncertain future, a dreamed and loved one.

Many memories of her time at the Official Film School have been preserved that explain the direction her later work took, once she graduated. A new way of directing and a clearly feminist look that highlights what has always been her great concern: the role of women in cinema. On the one hand, in front of cameras, since women, in her films, are the main characters. On the other hand, behind the cameras, because she, a woman, was the one who wanted to direct her stories.

The first of many 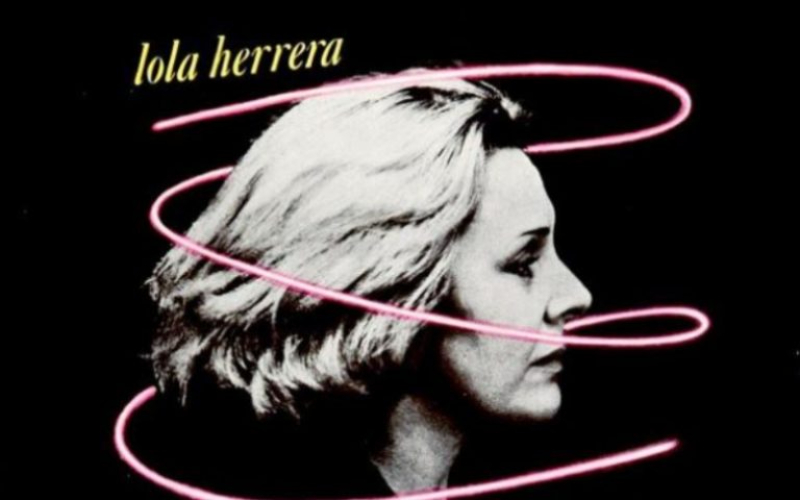 Director, screenwriter, film and television director, and theater director as well. Josefina Molina has two dozen productions in her filmography, in which the fantastic Función de noche is worth remarking. She had a lot to tell, but she retired early, perhaps to make way for the new generations. However, she’s still there. Working for cinema from the new place she has as a reference, as a guide, as a woman filmmaker praised by critics and public. The first also, by the way, to receive the National Cinematography Award, granted by the Spanish Ministry of Culture and Sport. It was in 2019. In her verdict, they spoke of rectifying a historical debt.

One recognizes pride in Josefina Molina when she speaks of the Association of Women Filmmakers and Audiovisual Media, known as CIMA. In 2006, she helped creating this community of which she is now Honorary President. A community that managed to change ‘isolation’ for ‘solidarity‘. These are also her own words.

Josefina Molina has dedicated her life to cinema and women. To cinema, her guide, her everything, a recognized professional career with which, in recent years, historical debts have been paid off. To women, whom he has always put first. Partly to try to even the odds of gender inequality that existed in all sectors, and partly because they were the main characters of the stories he wanted to tell. To whom he dedicated her films, her projects, to whom he helped to unite. To whom she served as a model, an example, a teacher and a partner. Timeless Josefina, the first of many. 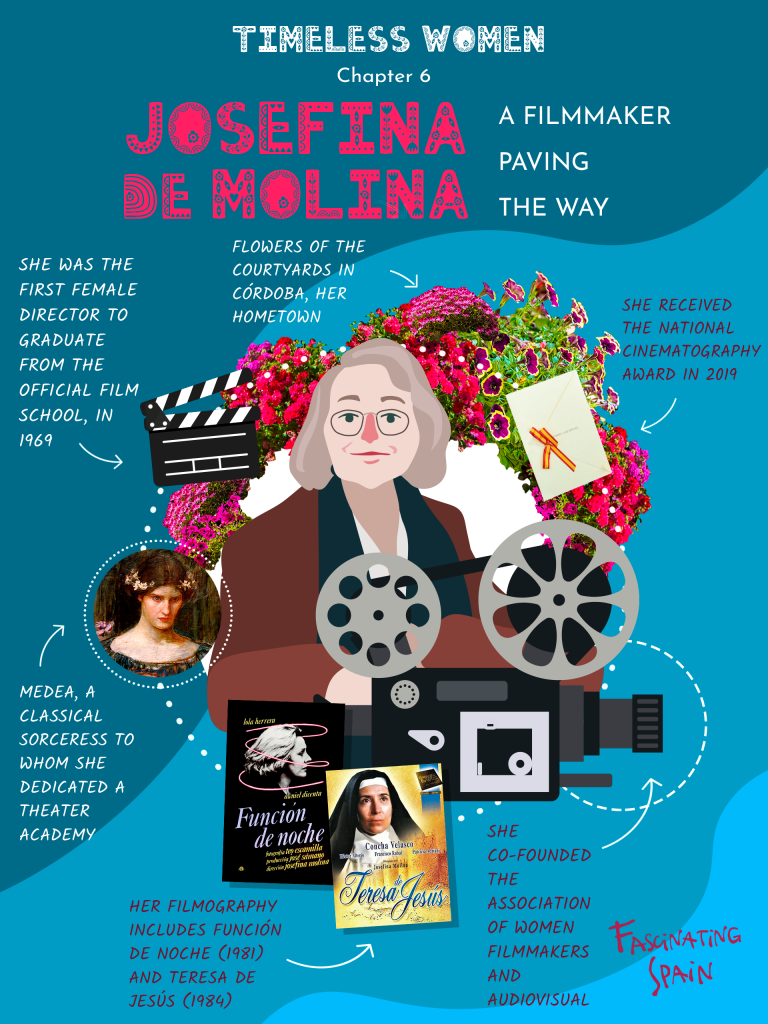 Andalusia, CINEMA, CÓRDOBA, CULTURE, IMMORTALIZED WOMEN
It may interest you...