Puente la Reina is a beautiful Navarran town that developed around its Romanesque, 11th century bridge. It is an important stopping point along the Camino de Santiago as it is where the French and the Aragonese Caminos come together.

There are plenty of interesting things to do and see during your stay in Puente la Reina, which we will describe in depth below. In addition, you can find several other interesting places just outside of the city. For example, to the east, you can spend a day learning about the history and culture in the nearby Estella-Lizarra. To the south is the walled town of Artajona, the previous site of the old, Roman Andelos ruins as well as the Farangortzea tombs.

In the 11th century, the Navarran Queen decided to build a bridge over the Arga river to facilitate the passage of pilgrims in their Camino de Santiago de Compostela. Thus, a population known as Puente la Reina or Puente del Arga began to grow. At the end of the 11th century, King Alfonso I the Battler granted the Carta Puebla to the Franks settled there, giving them privileged status in Estella in 1122. The continual flux of pilgrims and merchants provided economic and population growth throughout this area.

During the Carlist Wars, Puente la Reina was a persistent loyal to the Carlist cause. The ruins of the fortifications from 1835 have been preserved in some places. This time also birthed the curious legend of the Txori (“bird” in Basque Country), that is still remembered and told today. In 1874, during the last Carlist war, Carlos VII established his headquarters at the Palacio del Patrimonial. 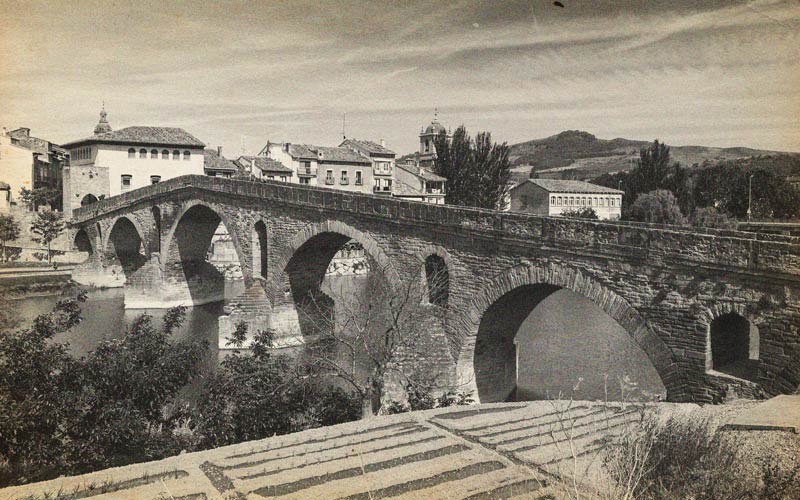 Puente la Reina remains to this day one of the main sites of the Camino de Santiago as it brings the French and the Aragonese paths together.

Another main tourist attraction in Puente la Reina is the main route out of the town: the bridge that is crossed each year by thousands of pilgrims on their way to Santiago de Compostela. Constructed during the 11th century, it is 110 meters long and four meters wide, supported by five pillars that in turn support six arches. It used to have turrets at both ends and numerous chapels along the path. It is one of the best examples of a Romanesque bridge in Europe.

Puente la Reina is structured around calle Mayor, where you can see numerous, noble buildings full of arts and treasures. The Iglesia de Santiago (church of Santiago), created in the 12th century and reformed in the 16th century, houses an interesting image of Santiago Beltza (“black” in Basque language) that receives its name because of the soot covering it at the time of its discovery. You can also find various china vases from the Ming Dynasty. In the Iglesia del Crucifijo (Church or the crucifix), from the end of the 12th century, you can see an incredible, Romanesque sculpture of the crucified Christ with his arms out known as the “goose leg”.

Iglesia de San Pedro (San Pedro church), is a 14th century building containing several Baroque altarpieces and the famous Virgen de Puy who is featured in the famous Txori legend. Outside of the city, you can find the Comendadoras Convent of Sancti Spiritus, a set completely renovated in the 18th century after the demolition of the previous building.

The Casa del Vínculo is another beautiful building from the 17th century that highlights Renaissance architecture. Over the years, it has been used as a barn and a prison. Today it puts on exhibitions and serves as the city’s tourist center.

On the Puente la Reina, you can see the Monument to the Pilgrim which marks the point at which the French and Aragonese paths cross and welcomes the pilgrims in transit. 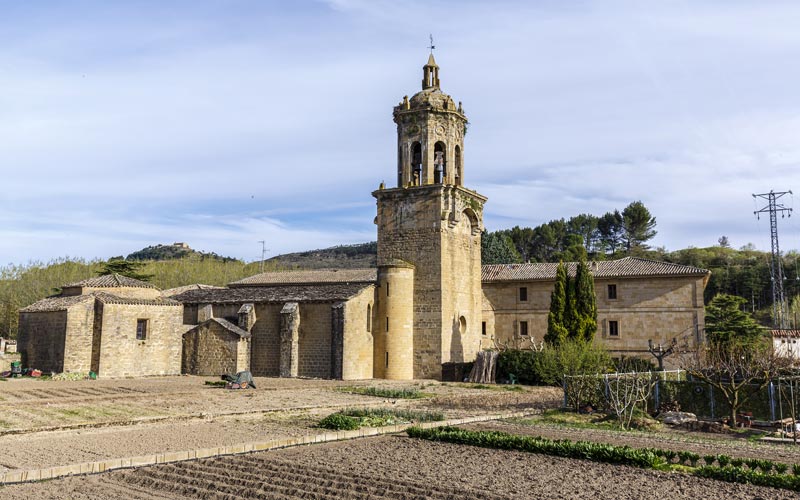 Church of the Crucifix

A few kilometres from Puente la Reina you can find the Iglesia de Santa María de Eunate, a temple very characteristic of Navarra Roman style. Constructed during the second half of the 7th century, it is peculiar in that it is designed as an octogonal building with a circular gallery of thirty-three arches with decorated capitals. It is believed that this building may have traditionally been used as a hospice for pilgrims.

Spain has many villages and spectacular natural landscapes that are...
>> More information

The former capital of the Nasrid kingdom is one of…

8 fascinating villages in Navarre
[vc_row][vc_column][vc_column_text]Navarre is a community filled with heritage treasures. Architecture, sculpture and painting have developed through Más información

Things to Do in Vera de Bidasoa-Bera
[vc_row][vc_column][vc_custom_heading text="On the Banks of the Border River" font_container="tag:h2|text_align:left|color:%23000000" google_fonts="font_family:PT%20Sans%20Narrow%3Aregular%2C700|font_style:700%20bold%20regular%3A700%3Anormal"][vc_column_text]On the banks of the Bidasoa Más información