Joaquín Sorolla’s stays and trips to Andalusia left a strong mark on the artist. Such was his connection with the south that he not only captured this essence in sketches and canvases. He made that reality overcame fiction, and not the other way around. The Valencian painter wanted an Andalusian garden to enjoy and to be able to paint, so he took his muse home. He did so by transporting Andalusia to the garden of his own home. Since 1962 it is considered a National Historic-Artistic Monument completely Andalusian and can be visited in the heart of Madrid. 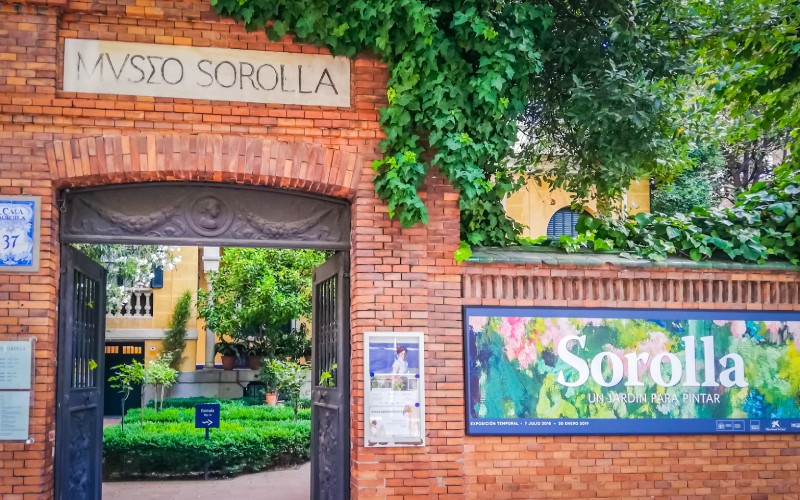 The garden of his house, now a museum, is inspired by what Sorolla found in Andalusia | Shutterstock

It was not love at first sight. The artist gradually fell in love with the soul of the Andalusian courtyards in his southern stays until between 1910 and 1911, the years in which the house was developed, he married with them. The inspiration is captured in the tiles, the cheerful colors, the plants, the pots and the water that dress the gardens. Most of these elements were brought exclusively from Andalusia itself as a finishing touch to this little south of Madrid. Nowadays the patrimonial complex is the Sorolla Museum and can be visited at Paseo del General Martínez Campos, 37.

The so-called ‘first garden’ is inspired by the garden of the Troya of the Royal Alcazar of Seville. It serves as an entrance, since it is located in the front courtyard of the house and is the first thing visitors see when they enter the museum. It includes as a characteristic element a marble fountain, as in the original garden. In the background there is a portico with two semicircular arches that can be accessed through a typical Andalusian tiled staircase. This courtyard can also be visited in canvas format, because it appears drawn by Sorolla himself in 1908 in the painting El grutesco, Alcazar of Seville. 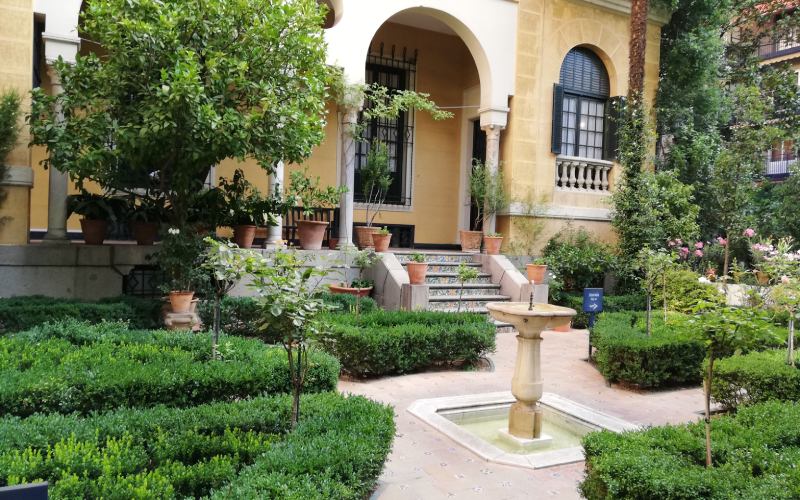 From the ‘first garden’ you can access the second one. Although the peculiarity is that the second has little, because it was the last courtyard that was built in the whole house. The place, full of Andalusian ceramics and vegetation, stands out for the great influence it takes from the Generalife of the Alhambra in Granada. Of elongated form the pond, with a fountain of low cup and jets, this exterior reminds the patio of the Acequia. It seems impossible to improve, but as a crown it has a Roman statue escorted by two columns of Medina Azahara. 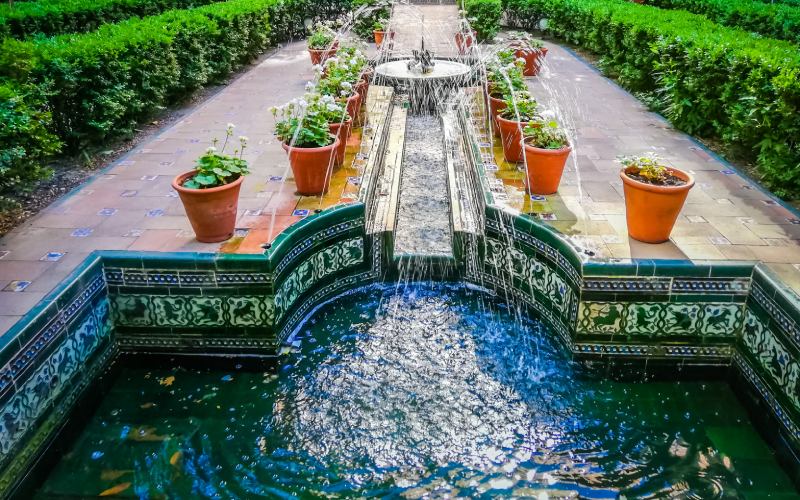 Second garden of the Sorolla Museum inspired by the Generalife in Granada. | Shutterstock

The Confidences of the Garden of Sorolla

It is named after the sculpture of the artist Francisco Marco Díaz-Pintado. It depicts two human figures sharing confidences in the ear. This courtyard is characterized by being surrounded by color, as it presents around the pond a large number of flowers and plants. The small lake is located at the foot of the sculpture. It reflects the light in the water, two of the most characteristic elements in the artistic career of the Valencian artist. 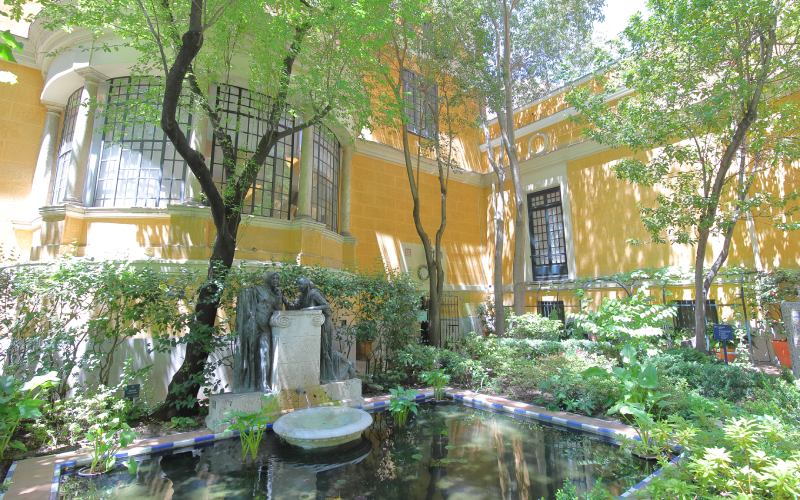 Garden of confidences in the Sorolla Museum. | Shutterstock

Sorolla’s house, now turned into a museum to continue the family legacy, is considered one of the best preserved artists’ houses in Europe. To walk within its walls is to breathe art. Strolling through its gardens is a trip to Andalusia within the courtyards so characteristic of the community. To visit Andalusian art in the heart of Madrid is to walk with Sorolla.

Andalusia, art, Community of Madrid, Madrid, museums
It may interest you...