The castle of Davalillo was part of the line of defense of the Kingdom of Navarre. Not in vain is located in a privileged environment bordering the Ebro. The ancient medieval fortress sits on a hill in the vineyard fields of La Rioja, like a faithful watchtower over the lands of the Sonsierra and La Rioja Alta. Built in the 13th century, it was declared an Asset of Cultural Interest because it is one of the few Romanesque castles still standing in Spain. 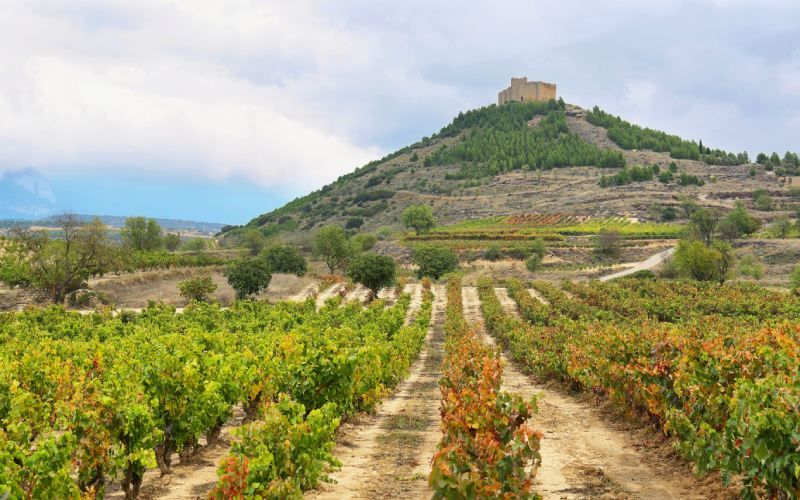 Castle of Davalillo among vineyards. | Shutterstock

This is one of the most unknown architectural jewels of La Rioja. Its magnificent views of the vineyard environment, its good state of preservation and the beautiful landscapes of the town of San Asensio make it worth discovering this medieval jewel.

From an imposing medieval fortress to a ruin of the past

The origin of the castle of Davalillo is uncertain, since the exact date of its construction is unknown, although it is placed between the late 12th and early 13th century. What is clear is that it was built after 1117, since it does not appear in the list of border castles made at the request of the English parliament by Sancho VII. 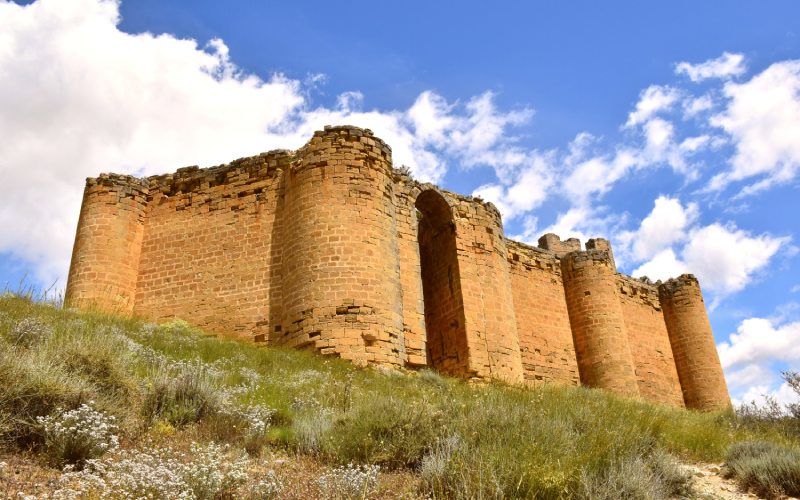 Walls of the castle of Davalillo. | Shutterstock

It had the objective of protecting Castile, together with the neighboring fortress of Briones, from the frequent Navarrese attacks. It was very useful since from its height the lands of La Rioja Alta and Sonsierra could be seen. In fact, it played a fundamental role and had great moments of glory thanks to the fact that it served as a support in the numerous battles between the Rioja and Navarrese armies.

It was built in the old village of Davalillo, which disappeared at the end of the Middle Ages due to the growth of the town of San Asensio, to which it now belongs. The decline of the village began after the war between Pedro I and Enrique II, as La Rioja began to fragment into lordships. As a curiosity, a popular legend tells that it was actually a plague of scorpions that completely annihilated the population. Whether it is true or not, it is common to see these specimens in the summer months. 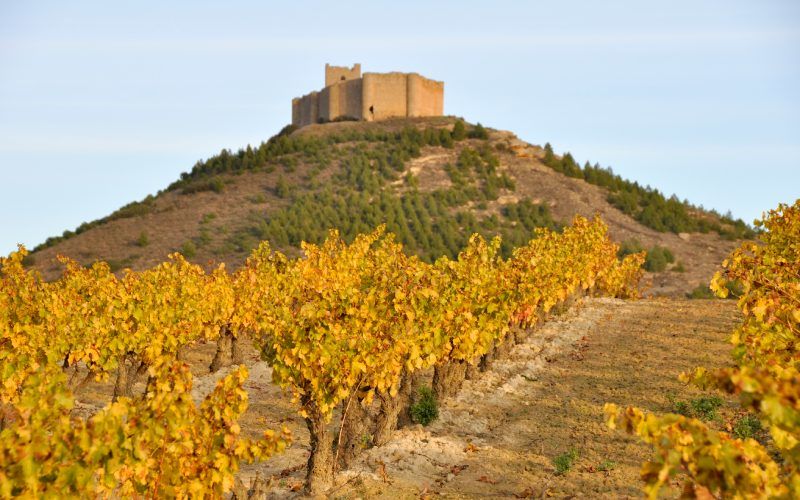 The silhouette of the fortress is part of the Riojan landscape. | Shutterstock

Today, it is one of the few Romanesque castles still standing on the peninsula. For years it was abandoned, although it was recently acquired by CVNE (a wine company of northern Spain), who is now in charge of its conservation. Despite being in ruins and not being able to visit its interior, it can still feel like a medieval lookout.

Despite the fact that only the remains of the Romanesque chapel and the keep are preserved inside, the remains of this imposing castle are still able to show the importance it had in the past. The fortress of Davalillo stands out for its heptagonal plan, whose architecture is reinforced by towers at the corners. It was built entirely of ashlar stone. It has two access doors. The main one had a pointed arch and was protected by two cubes. Meanwhile, the second was used to access the second floor and the rest of the heights. 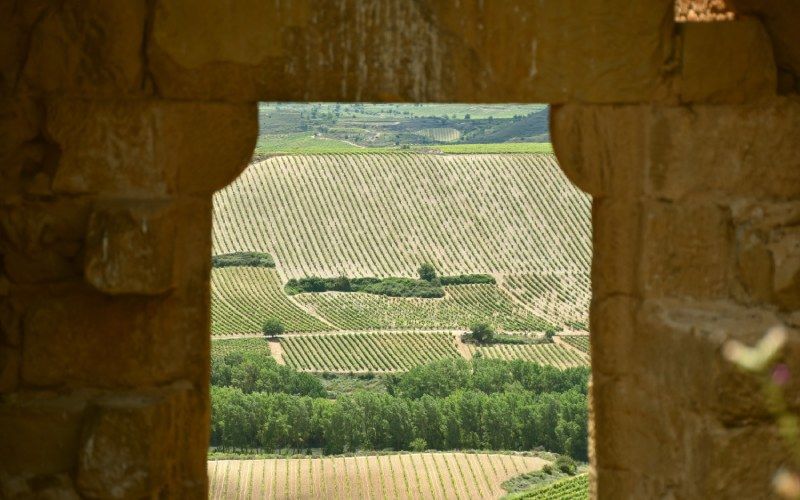 Main door of the castle of Davalillo. | Shutterstock

Particularly imposing is the keep with a square floor plan and four floors high, covered with a pointed barrel vault. The first floor houses the chapel, illuminated by three loopholes. On the exterior it is possible to observe the remains of a wall that could have been the fence that protected the town of Davalillo.

Strategic location of the castle of Davalillo to enjoy its surroundings

The strategic location of the castle of Davalillo is ideal for enjoying the surroundings of this area of La Rioja, with a large number of tourist attractions. Next to the hill of the fortress is the hermitage of Nuestra Señora de Davalillo. Although renovated, there are remains that indicate that it belonged to the old town.

San Asensio is strongly linked to the hermitage and the castle. For this reason, twice a year two pilgrimages are held in this place, both very lively festivities and with very interesting traditions. In them, the Virgin is carried in procession accompanied by dancers in order to protect the fields for the harvest of fruits. 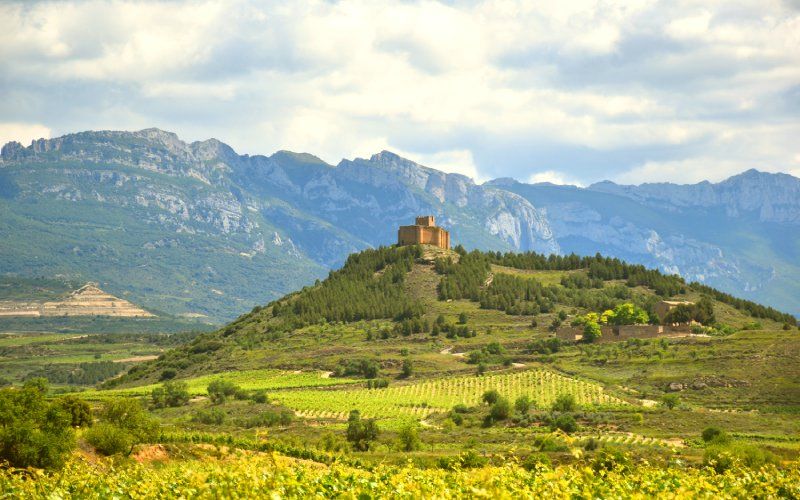 The castle on its hill. | Shutterstock

For hiking lovers, there is the popular Wine Route that connects the Sonsierra Riojana and Briones with San Asensio. The difficulty is low, suitable for all ages and has a distance of about four and a half kilometers. The route starts at the Santo Cristo chapel in Briones in the direction of the Plaza de España.

Then, you have to go down Estación street until you reach the N-232 and turn right. Once at the railroad station, cross the tracks and follow the marked path. This part of the route crosses Riojan vineyards in the area until it reaches the Valpierre stream and ends at the old mining road. Finally, just walk along the path until you reach the popular hermitage of San Juan and turn left, leaving the main path to reach the castle of Davalillo. 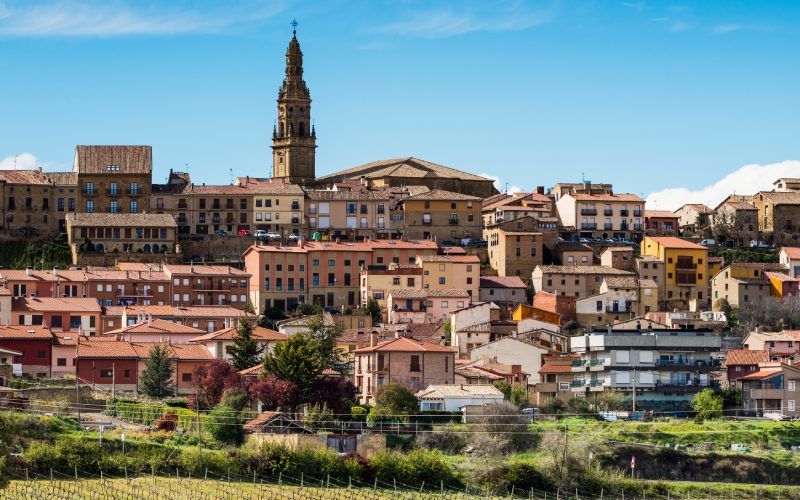 Before starting the hiking route it is advisable to visit the village of Briones. It is considered one of the most beautiful villages in Spain. Declared a Historic-Artistic Site for its medieval layout, it is recognized by UNESCO itself. This comes from being part of the “Cultural Landscape of the vineyard and wine of La Rioja and Rioja Alavesa”.

castles, La Rioja, Route
It may interest you...