Nature has thrown over the Monastery of Santa Cristina de Ribas de Sil. As if it wanted, in this way, to protect it from the passage of time. To prevent it from degrading, to prevent its beauty from escaping. A beauty that belongs to past centuries but that has also captivated this XXI century, with that impossible green surrounding the building and the color of the stone keeping its essence.

This monastery beats as if it were the very heart of the Ribeira Sacra, having seen the ages of man pass to become a reminder of what once was this ancient Galicia. It is also a place to walk, to discover and to respect, among oak and chestnut trees, still with offerings deposited, and with the whisper of the river Sil in the background.

A bit of history of the monastery 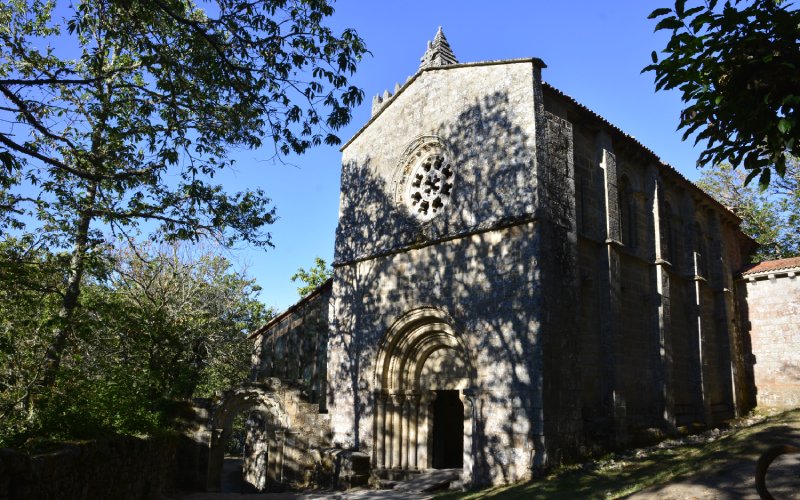 This is the Monastery of Santa Cristina. | shutterstock

The origin can be found in what it still transmits today: isolation, tranquility, disconnection and spirituality. At least, that is what is speculated. Although its existence is not documented until the 9th century, it is believed that the area was populated and organized by restless hermits long before.

The Benedictine monastery by which it is known today originated in the 10th century. The monks who occupied it dedicated themselves to the cultivation of chestnut trees and vines, taking advantage of the proximity of the river Sil for both activities. It is not possible to see it from the monastery, but it is a few hundred meters into the forest.

It worked, at first, as an independent monastery, but since the 16th century was integrated as a priory dependent on the monastery of Santo Estevo de Ribas de Sil. This shows a bit of decadence of the importance it once had. The disentailment of the mid-19th century meant the definitive abandonment of the place, which was then occupied privately. 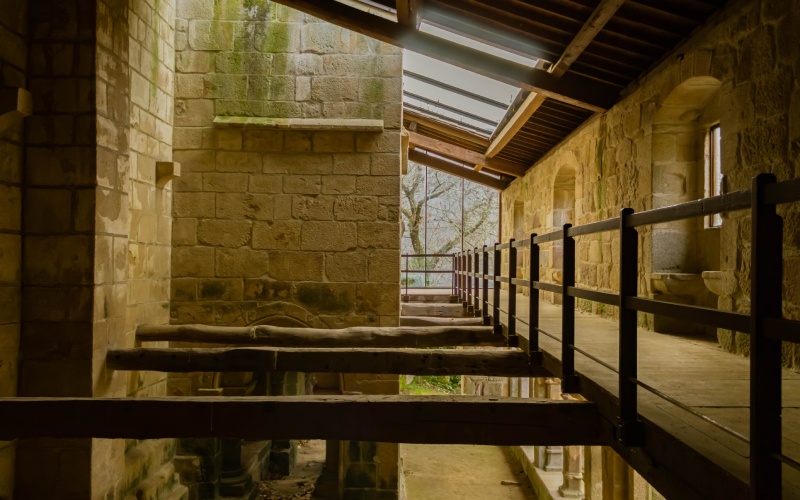 Part of the interior of the monastery. | Shutterstock

Between Romanesque and Renaissance style, the Monastery of Santa Cristina de Ribas de Sil speaks of simplicity and austerity. Both characteristics fit perfectly with the intense green of the surrounding landscape. Too much ostentation would have spoiled its natural charm. On the contrary, its elemental forms, beautiful at the same time, manage to transmit peace.

The original building of this monastery, arranged around a small cloister, was of Romanesque style. It could not be otherwise: it had to follow the aesthetic guidelines of the Benedictine order that promoted its birth. The Romanesque church was an addition of the 12th, or even the 13th century. It was built following the model of the Latin cross plan, highlighting a beautiful rose window that plays with the light and the decoration with plant motifs of the capitals. Another great surprise: the frescoes that are part of the inside. Mural paintings from the 16th century have been preserved in an acceptable way, with religious iconography as their main theme, of course.

Little is preserved of the rooms where the monks lived, but the small spaces where they left the books they read on their walks can be seen. One more curiosity that invites to appreciate the past of the place.

From an artistic point of view, for the architecture itself, for those frescoes and also for the sculptural details, the Monastery of Santa Cristina de Ribas de Sil is a corner of great value. For those who feel far from the more technical aspects of art, it is also a very pleasant and interesting place to visit. Perhaps you do not know what is hidden behind an architectural decision, but you can still appreciate its forms. Shapes that, as already mentioned, have managed to mix with nature in a perfect symbiosis.

Another curiosity: the tree of San Benito, which became the place where the believers deposited their offerings, is still standing and fulfills the same function.

Spots near the monastery 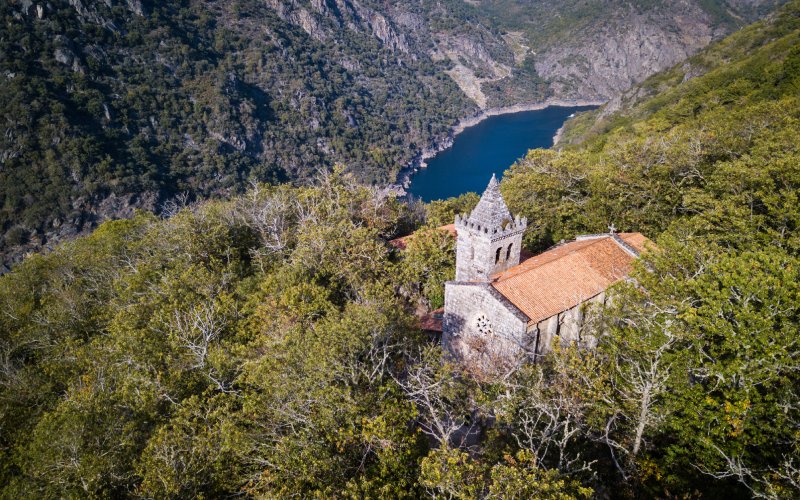 The monastery rests next to the river Sil and its canyons. | Shutterstock

The winding forms and communications still complicated in certain sections can make a walk through the Ribeira Sacra difficult, but everything is close and everything is worthwhile when talking about this Galician lair. Monastery of Santo Estevo de Ribas de Sil itself can be reached in just half an hour by car. Built between the 5th and 7th centuries and turned into a Parador in the last decades, it is one of the most surprising monuments that can be discovered in this beautiful community.

Descending south along the river Sil, in the opposite direction to the Monastery of Santo Estevo, you can enjoy viewpoints that allow you to immerse yourself in all that it means to be in the Ribeira Sacra. It is usual to highlight the viewpoint of Los Balcones de Madrid, but the fame is deserved. The views are spectacular and it has a great emotional charge: from this place, Galician women used to watch their husbands leave when they had to leave home.

The same region in which the Monastery of Santa Cristina is framed, Parada do Sil, has for the visitor delights in the form of towns and villages that resist, like the monastery itself, the passage of time. And that offer a gastronomy that has further enriched the experience of visiting Galicia, a land from which it is difficult to want to leave.

Santa Cristina Monastery, history, beauty and nature in the Ribeira Sacra, that is why it is our Weekend Getaway 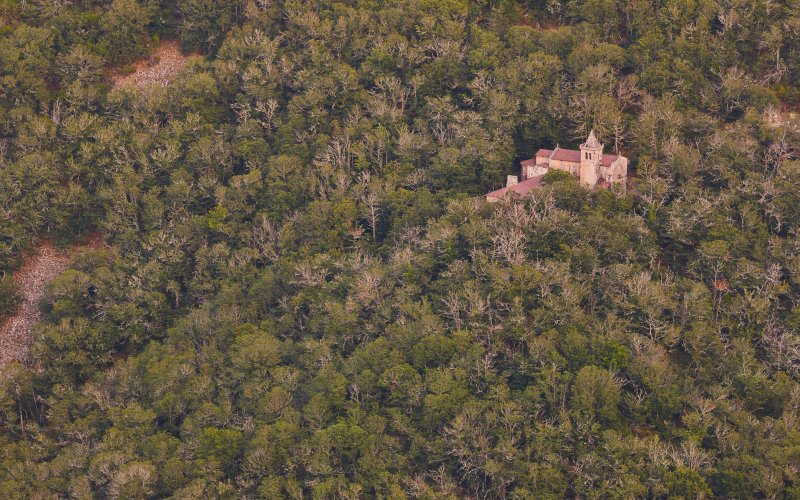 The Monastery of Santa Cristina was one of the most important monasteries of Galicia during the Middle Ages. | Shutterstock

The Monastery of Santa Cristina de Ribas de Sil is, all in all, the heart of the Ribeira Sacra. At least, one of the many hearts that beat in this surprising, monumental, inspirational place. Historical, beautiful and natural. This monastery is an unforgettable visit that will remain in the memories of the traveler. For the peace it gives and for the feeling of walking, as happens in unique moments, through the history of the world.

For all these reasons, it is the last of this selection that has toured Spain in search of places in which to lose oneself for a weekend. We must continue touring the country, but with summer it is time, above all, to cool off.