The coast of Lugo is one of the most visited tourist destinations in Galicia and the great jewel of the province of Lugo. Paradisiacal beaches, places full of history, incredible landscapes and delicious gastronomy are some of its highlights. Thus, a visit to La Mariña has all the cards to be an unforgettable experience. 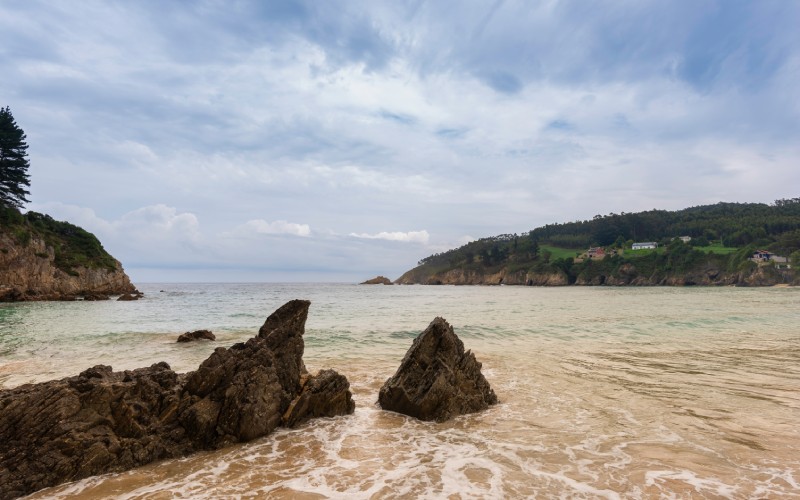 Let’s start with O Vicedo, a municipality on the coast of Lugo that stands out for the great amount of incredible landscapes that can be found there. Its beaches, among which are Xilloi, O Caolín or Abrela, have an almost unparalleled paradisiacal aspect.

And, although they are already in the province of La Coruña, because of its proximity to this municipality are well worth a visit the Cape of Estaca de Bares, which is the northernmost point of the European continent where the Cantabrian Sea and the Atlantic Ocean are separated, and the cliffs of Loiba, where it is said to be the bank with the best views in the world. 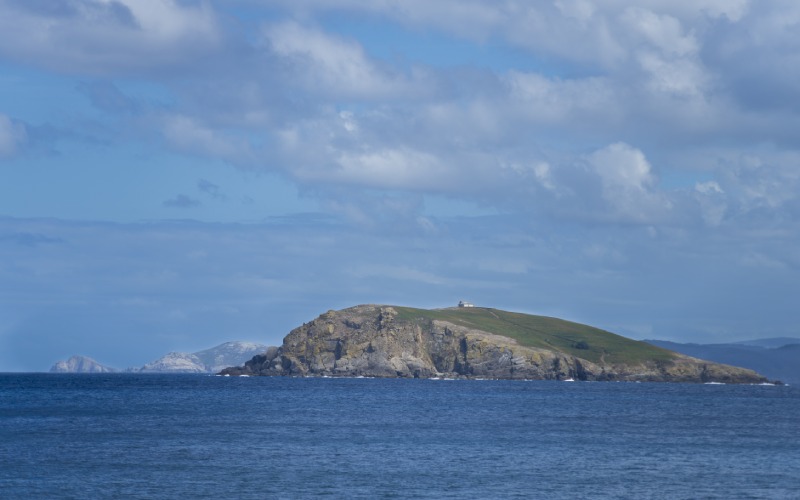 It is located next to the mouth of the O Barqueiro estuary and is the largest Cantabrian island in Galicia. It is worth mentioning that in the 9 th century there was a monastery of Benedictine monks. At present its only inhabitants are the migratory birds that rest there on their journey from Africa to northern Europe.

Another of the great tourist destinations on the coast of Lugo is O Viveiro, one of those towns where time seems to move more slowly. Throughout its 900 years of history, those who lived there left a good legacy in the form of monuments that can be visited today. Some of them are La Puerta Carlos V, Puerta da Vila, Puerta do Valado or the churches of Santa María and Santiago-San Francisco, as well as the statue of the Galician poet Nicomedes Pastor Díez. 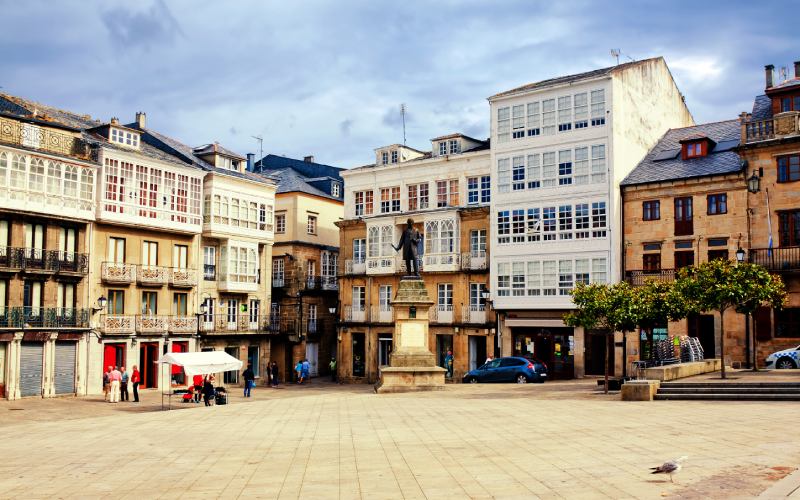 It also highlights its particular architecture, as the houses are characterized by corridors, balconies and glazed galleries. Likewise, the leisure tourism that can be done is very complete, since the festivals and traditions of the town are numerous. Highlights include Easter Week of International Tourist Interest, the music festival Resurrection Fest, the Pilgrimage of Naseiro or the International Folkloric Festival. All this makes it one of the most fascinating villages in Galicia. 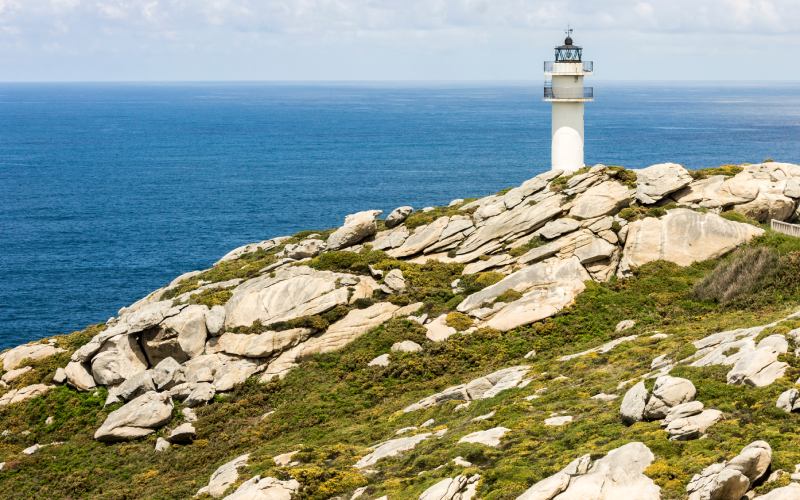 To finish the first day on the coast of Lugo, Punta Roncadoira is located in the municipality of Xove, just 10 kilometers from Viveiro. It is a cliff from where there is a very complete panoramic view, since on one side you can see the Illa Coelleira and the cape of Estaca de Bares. On the other side are the slopes of Punta Mansa and Punta de Morás. In addition, at the top there is a lighthouse overlooking the sea.

As for the traditions of the coast of Lugo, there is one that stands out above the rest: A Maruxaina. It is a festival that recreates the trial between the villagers and the Maruxaina. According to legend, she was a mermaid who is accused of all the evils that have happened in the sea off the coast of Lugo. Although there are also those who believe she is innocent. This tradition takes place in the town of San Cibrao or San Ciprián every year, with a different trial.

Also, if you have time, in San Cibrao you can also do cultural tourism. You can visit the Museo Provincial do Mar, its port and fishing district and the Chapel of San Ciprián.

Foz is a municipality located in the region of La Mariña Central, next to the mouth of the river Masma, where the Foz estuary is formed. One of its great attractions is one of the unknown tops of Galicia. It is the Basilica of San Martiño de Mondoñedo, considered the oldest cathedral in Spain, which was built in the eleventh and twelfth centuries on an ancient pre-Romanesque temple. Inside you can see both Romanesque and Gothic murals and altarpieces. Given its importance, this basilica holds the titles of National Monument and Asset of Cultural Interest. 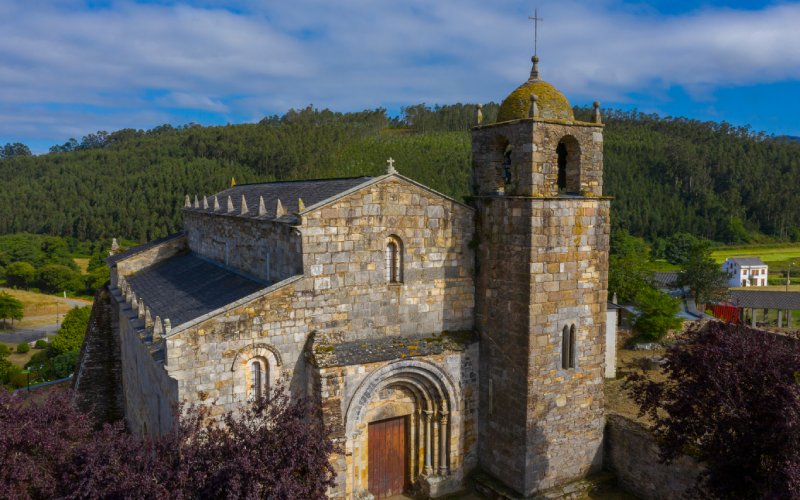 Another of the most remarkable places in Foz is the Castro de Fazouro, east of Arealonga beach. It is an ancient fortified settlement dated between the first and third centuries A.D. and can now be visited as a museum. Its total area is about 700 square meters and its buildings are square-shaped houses. 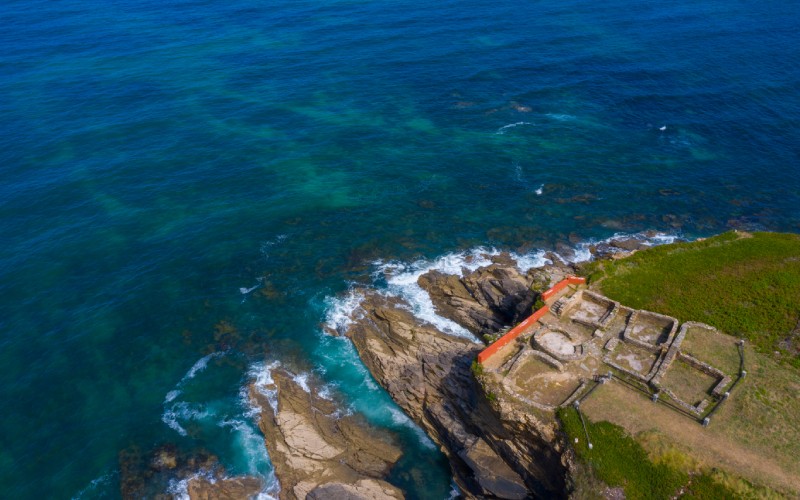 Finally, beach tourism lovers have a lot to choose from in the municipality of Foz, as there are up to nine beaches. All of them with the Blue Flag distinction for the quality they offer to bathers. They are A Rapadoira, Llas, Peizás, Pampillosa, Arealonga, As Pólas, Os Xuncos, Areoura and Fondás, where you can sunbathe, take a dip or surf. 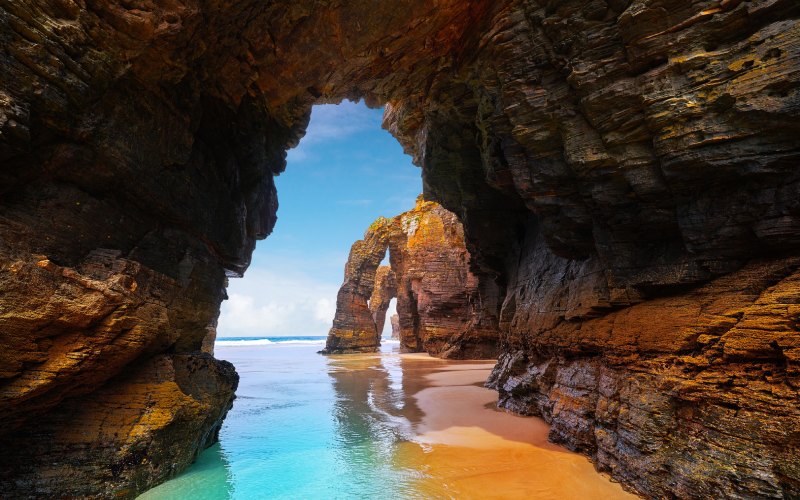 Also noteworthy are the traditional stores in the Plaza de Abastos and the weekly market. Such an event is held every Wednesday with top quality products. As for its gastronomy, you cannot visit Ribadeo without tasting octopus, razor clams, grouper or sea bass, as well as some Galician wine.