This place is one of the three Spanish sites designated as European Heritage Sites. It was chosen by Emperor Charles V as a place of retreat, a very wise choice due to the tranquillity and beauty of the surroundings. Here is the history and the best things to see in Yuste.

Plan your getaway to Yuste 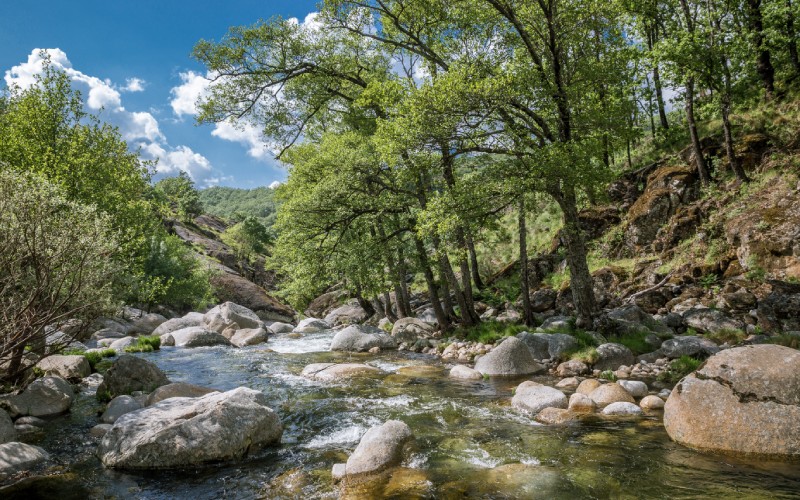 The natural surroundings of Yuste. | Shutterstock

Although Yuste is a little village of the region in Extremadura, its monastery is just wonderful. The pleasant surroundings of Jarandilla de la Vera are close to the village. Besides, there are two uninhabited places in its surroundings. One is Granadilla, evicted in the middle of the last century, the other is the site of the Roman city of Cáparra. In addition, to the north there is the village of Hervás, which stands out for its Jewish quarter. If you prefer nature, not far away is the ‘Garganta de los Infiernos’ Park. Finally, to the south are the magnificent cities of Plasencia and Cáceres.

What to see in Cuacos de Yuste 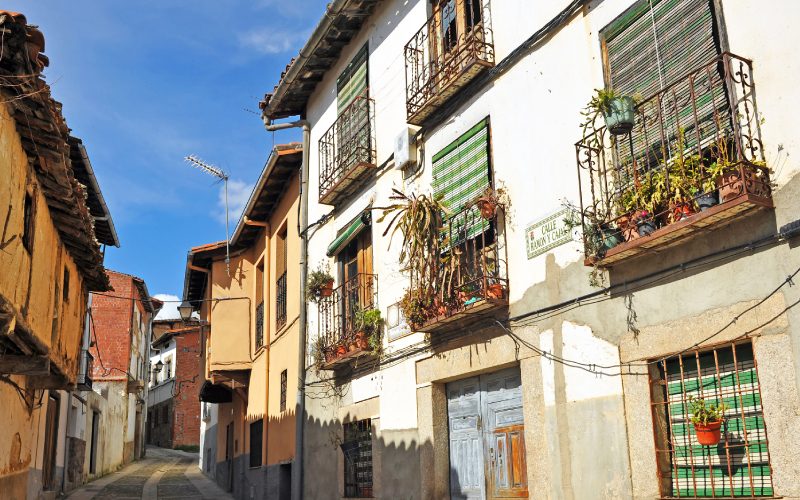 There is much to see in Yuste. The monastery is located in the town of Cuacos de Yuste, only two kilometres away from the town centre. Its architectural complex has two distinct parts. There is the convent and the emperor’s palace. The first mentioned is made up of several spaces with different functions: the church (15th century) and two cloisters, one Gothic (15th century) and a new cloister (16th century).

The main access to the monastery is through a portico. In front of it is the west façade of the church. The church of the Monastery of San Jerónimo de Yuste has a single nave and is covered by tierceron vaults. It also has a star-shaped ceiling above the polygonal chancel. Above the altar is the main altarpiece, commissioned by Philip II from Juan de Herrera. This work includes a copy of the work of Apotheosis of Charles V. The original, by the painter Titian, is in El Escorial. The choir stalls are also interesting, which are from the 15th century. Its Renaissance decoration of floral patterns and fantastic themes is particularly noteworthy, which is made of walnut wood and is Gothic in style. 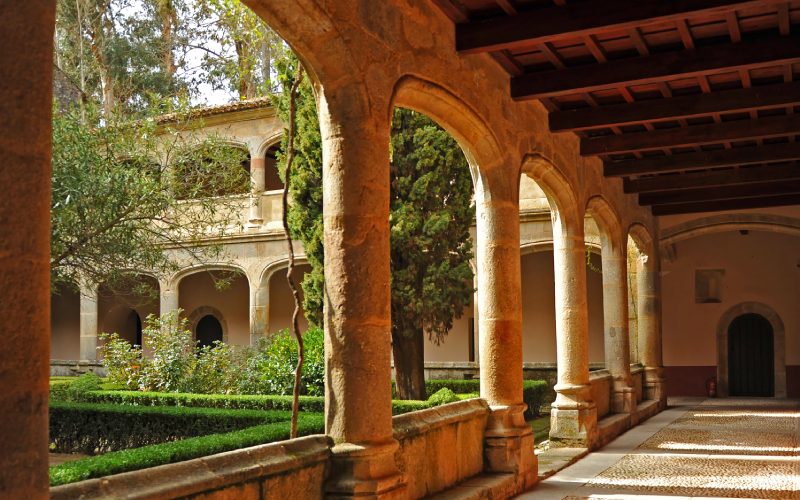 The Gothic cloister of the Monastery of Yuste. | Shutterstock

In the south part of the monastery we’ll find the house of Charles V. This is a simple complex, which is made of brick, masonry and ashlar, with hardly any decorative elements. The main floor of the emperor’s residence is austere, organised around a central corridor with two rooms on either side.

The imperial bedroom is located on the upper floor. The purpose of the room was to have a comfortable position to communicate with the church. Thus, this room to be seen in Yuste has a window that allowed the monarch to follow the religious services from his bed. This was vital, given that he was suffering from gout. The system is equivalent to the one that Philip II had in his quarters at ‘El Escorial’. 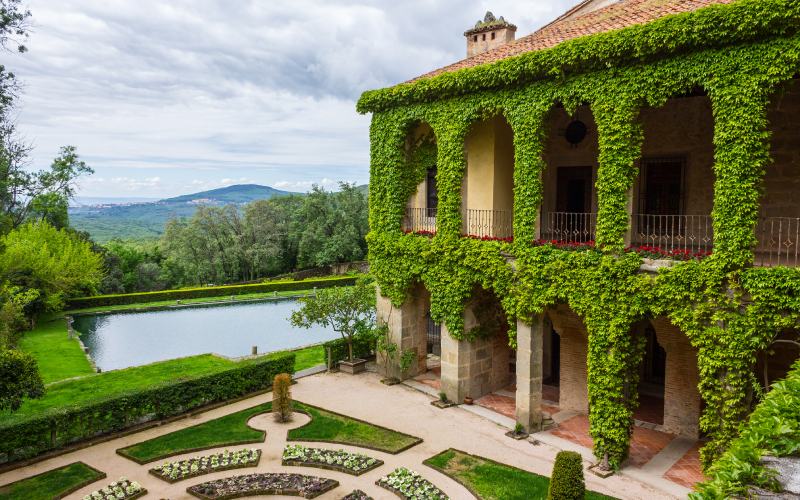 The monastery of Yuste. | Shutterstock

Finally, in the south façade of the palace there is a viewpoint, which provides the best postcards to see in Yuste. From there, you can see the pond and the garden of the monastery. These rooms lack the original furnishings due to the events mentioned above. However, the chair built especially for the monarch has been preserved. This was an effort to retain some imperial atmosphere. In addition, an impressive gold and platinum clock by Jeremiah Metzger is exhibited.

To sum up, Yuste and its monastery is a must visited if you are planning a getaway during this summer. This is the best spot to enjoy nature, but also to discover the historical past of the region.