Located in Badajoz, in Los Santos de Maimona, El Capricho de Cotrina had its first tile laid in 1988. As any fairytale construction, its creator’s idea was to leave it to his children. Francisco González has seven, who have grown up at the same time as the castle was created, over decades. In spite of the time, his intention was always to leave this kind of palace finished for them. 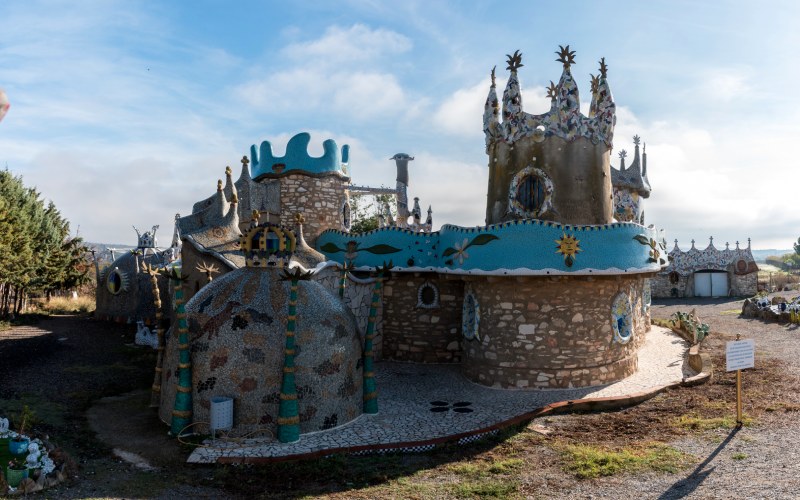 It is one of the most remarkable trencadís buildings on the planet. Not only because of its similarities to Gaudí’s work, but also because it stands out on its own in the panorama where it is built. Francisco’s idea was not limited to the enjoyment of his children. Although at night it served as a residence for his whole family, during the day he wanted to turn it into a tourist park. A place that reminds us of other recent works such as the Colomares Castle, a tribute to Columbus in Benalmádena.

It was in 1988 when Francisco González finally began to build a place that can be considered unique. The main reason is that it does not follow what would be considered as architectural logic. Straight lines are notably missing, giving way to curved and rounded forms. The idea was to make it as similar as possible to a fairytale castle and, once it was finished, both he and his family could live there. Unfortunately, reality did not want this. The name of his work comes from the lost surname of his ancestors, as both his grandfather and his father were called “Cotrina”, and it was his wish to perpetuate it. 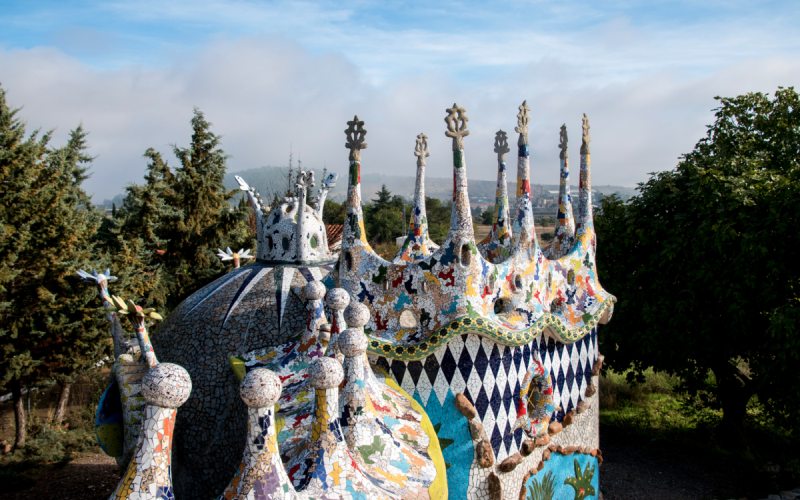 In 2010, Francisco commented in an interview that he wanted to finish it in the next few years. Until that moment he spent his weekends continuing it, but he had to stop. Due to an impediment from the Town Hall he could not continue building, as it was considered to be an illegal project. In spite of this he had a positive attitude and was confident that he would be able to obtain the permission to build in the area and continue with his work. He even intended to build some flats next to the swimming pool according to the design.

At that time he was in the middle of building his bedroom. It was connected to the rest of the house by a tunnel that resembled the body of a worm. The head would be the room itself. However, in 2016, while he was driving, he began to feel ill and, in the middle of El Pozo street, he ended up dying from a heart attack. A tragedy that was a shock to the followers of his work and his own family. Probably to his dismay, he left his work unfinished, although it was bequeathed to his children so that they could continue it.

The style of El Capricho de Cotrina can be described as gaudirreoid, i.e. very similar to that of Antoni Gaudí. This is due to the use of tiles, colours and shapes that look more like a dream than an ordinary house. The Modernist style of the Catalan artist was undoubtedly an inspiration for Francisco. Despite this, he always insisted that the comparison was not right. Gaudí, he said, built pharaonic works and this was a simple house for his children. Be that as it may, the comparison with Comillas‘ also little Capricho is inevitable.

Trencadís is the procedure used along all its railings, stairs, domes, terraces and even the bathroom. A modernist style that was born in Barcelona, consisting of breaking and splitting up into pieces of tile and then reassembling them to stick them on the walls. Glazed ceramics are used to ensure that the light is reflected in the colours as much as possible. This peculiar and uneven style is achieved as a mosaic. The Park Güell and its salamander is a clear example. In the case of the Extremaduran castle, it gives it its ugly aspect. 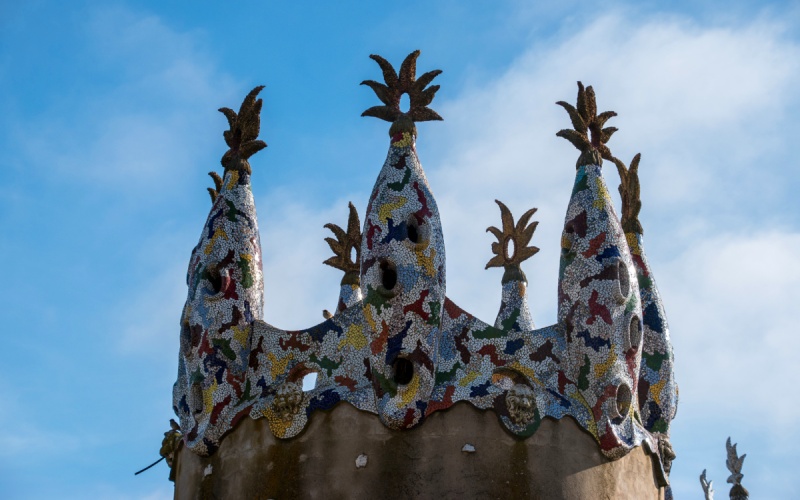 With 183 square meters, around the house there are also other buildings such as the pond with a waterfall. Of course, always respecting the principle of not containing straight or symmetrical lines. Apart from always including motifs related to nature; such as suns, moons or acorns, very typical of Extremadura. Francisco said that he did not even know Gaudí’s work when it was first built. But once he was soaked in it, and in spite of being only a bricklayer, many students and even teachers contacted him for advice. He even received commissions to build similar structures.

It is not only its technique and history that make this semi-palace unique. Although Francis did not study architecture, he did have a marble company with his brothers. He also covered the entire monument with interesting details, such as the shape of the worm that crosses the rooms. Also the shower, symbolizing the morning dew. Circular windows, revolving doors decorated like a peacock or colourful flowers in relief are also on display. The serpent coiled around the room, which would have belonged to Francisco, cannot be overlooked. It was one of the last details he worked on.

He is also the designer of two fountains that he donated to Los Santos de Maimona and which correspond to the same style as the Capricho de Cotrina. One of them is dedicated to blood donors and the other to day labourers. Its main door is also interesting. It weighs no less than 400 kilos and had to be installed with the help of 12 people. Although sadly he could not finish his life’s work, his children continue his legacy with the aim of finishing it one day.

While still alive, Francisco commented on the financial difficulties he had in finishing the wooden doors and windows. Today, it is possible to visit the site, on weekends and for free. It is worth mentioning that it is one of his daughters who makes the guided tour both inside and outside the Capricho de Cotrina.  It is possible to leave a donation, optional, that contributes to finish the fairytale castle that one day Francisco promised to build for his children.

Badajoz, castles, Extremadura, modernism, palaces
It may interest you...