Leaving the Sagrada Familia behind and walking along Diagonal street you come to a building. It is also a large and imposing building, although, instead of extending to the top, like its neighbor, it does so in width. Behind the doors of this hospital, baptized as the Hospital de Santa Creu i Sant Pau, the immensity is even greater. A huge enclosure, which was intended to serve as a city within a city, opens up. The complex served as a hospital for almost 100 years. Today, the hospital has become a space for historical and architectural dissemination, a landmark monument of 20th century modernist art designed by the same artist who designed the Palau de la Música, Lluís Domènech i Montaner. 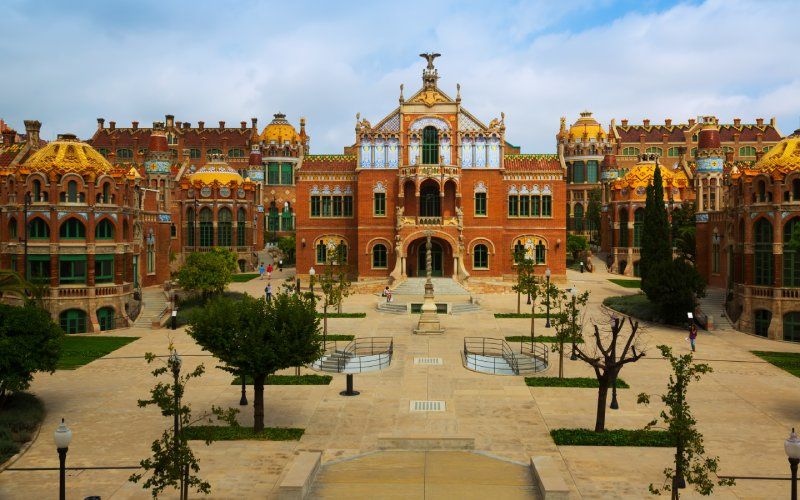 A bit of history of the Sant Pau modernist complex

The history of the Sant Pau hospital goes back more than 600 years, when in the year 1401 six of the hospitals that existed at the time in Barcelona were merged. The Hospital de la Santa Creu was born, which was installed in one of the most important Catalan Gothic buildings in the heart of the Raval neighbourhood. But in the 19th century the demographic growth of the city together with the medical advances made the hospital become too small. To solve the problem, the construction of a new building was proposed. The seed of today’s Sant Pau Hospital had already been planted.

The architect Lluís Domènech i Montaner was commissioned to design the new center shortly before the construction of another of his buildings, the Palau de la Música, got underway. In 1902, construction of the hospital began thanks to the legacy that the banker Pau Gil left before his death: more than three million pesetas for the sole purpose of building a health center in the Catalan capital. For this reason, the name Sant Pau was added to Santa Creu. The building was used as a hospital from 1916, although the inauguration of the new facilities was not until 1930.

Sixty years after the latter date, the Generalitat de Catalunya undertook the commitment to build a new hospital. Thus, in 2009 the institution inaugurated a new headquarters for the Hospital de la Santa Creu i Sant Pau in a complex located at the northeast end of the previous one and separated from it. Today, the old building designed by Domènech i Montaner and declared a World Heritage Site by UNESCO in 1997, is used as an outreach center. It also houses international organizations linked to United Nations and European Union projects. 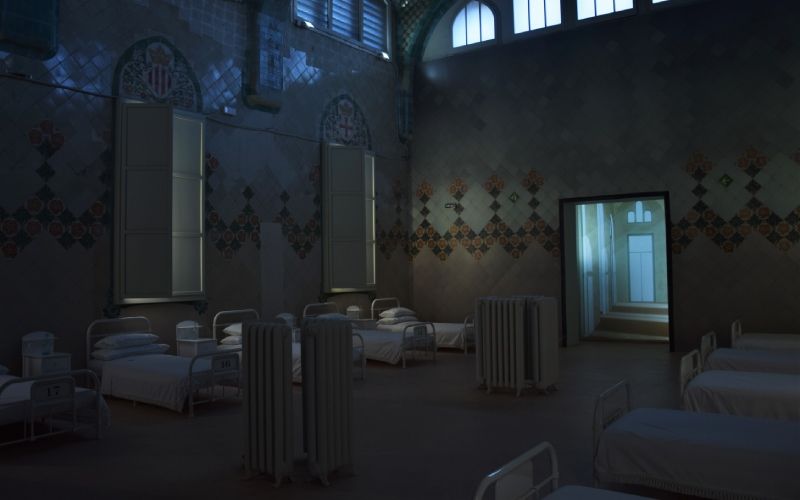 The keys of Sant Pau Hospital

The history is never too much to know, of course, but for the traveler perhaps what is most important is what to visit, the keys to the place. So let’s get to the point. The first thing the tourist will see will also be the most emblematic. The clock tower that presides over the facility. However, the entrance door is not there, but to the right. Once the tickets have been checked, the visitor will enter what is known as the Hypostyle room. This space is the subway part of the Administration Pavilion and supports all its weight. The Hypostyle was also conceived as a passage and distribution space, although in the last years of operation it housed the emergency service.

From here, a large network of subway corridors connects some buildings with others. On the outside, however, what remains visible are the gardens, designed as a source of well-being for patients. And in the gardens, in turn, beautiful buildings in reddish tones and colorful roofs dot the surroundings with modernism. 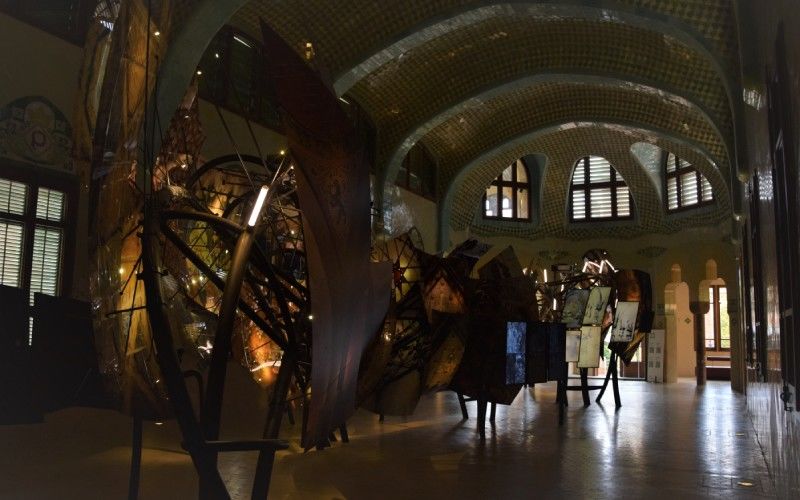 But it is not possible to enter all these buildings. Some are still under renovation and others are used by the staff of the aforementioned organizations. Among those that can be visited are the Sant Rafael pavilion, an infirmary pavilion that recreates how it functioned in the 1920s, and the Sant Salvador pavilion, now an exhibition space that traces the history of the hospital. Surprising is what is known as the Operations House. Here a huge glass window served as the main operating room. With these windows Domènech i Montaner intended to give the surgeons the maximum hours of light possible.

After a tour around the corners of this modernist complex, the icing on the cake remains for the end: the Administration Pavilion. This is the largest and most richly decorated building. Stained-glass windows and ceilings add light and color to the building, from the second floor of which the figure of the Sagrada Familia can be seen in the distance, always vigilant.

Views of the Sagrada Familia from the Administration building of the Sant Pau Hospital. | EG

The modernist site of Sant Pau is located in the heart of Barcelona’s Diagonal street, so there are many places to see around it. The most obvious, of course, is the temple of the Sagrada Familia. Also, just a 20-minute walk away, is the Park Güell. Both are enclaves that need no introduction, although, if you want to find out more, Fascinating Spain has information on both. Walking a little further or using public transport, Barcelona awaits the tourist with all its splendor: the Gothic neighbourhood, the modernist houses, the Born district, the Montjuic area or the Barceloneta beach are some of the most characteristic.

Perhaps less known and very close to the hospital, the Guinardó park opens its doors for those who want to observe Barcelona from the heights. Pine trees, viewpoints and landscaped terraces merge in this huge green area of the Catalan capital to provide shelter for athletes and the curious. And, in addition, unlike Park Güell, the visit is free. 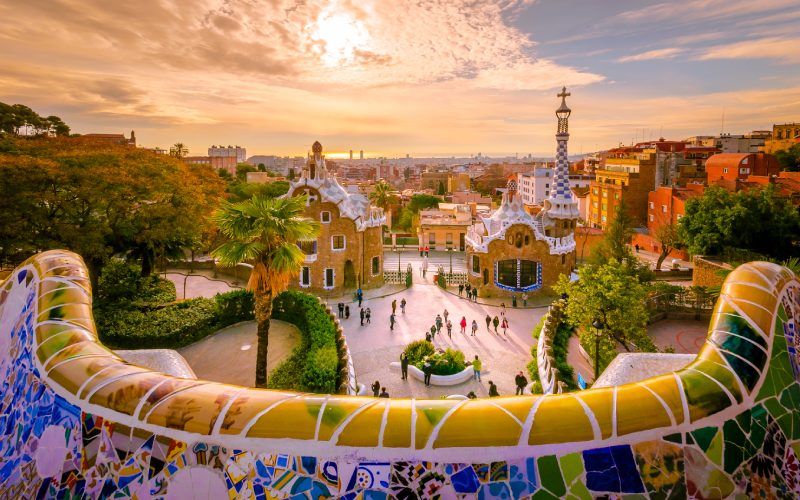 For fusing modernism and functionality

The hospital of Sant Pau constituted, at the time of its construction, an architectural landmark in terms of hospital buildings. Its facilities served as a renowned medical institution for many years and have now been converted into a space to preserve and disseminate its historical memory. The style of Lluís Domènech i Montaner made the complex an example of the modernism of the time. It is also a less visited and less known building than many others in Barcelona, so there will be fewer people at its doors and you can enjoy it more quietly. For all these reasons this hospital is one of our weekend getaways.