They say that all roads lead to Rome and we can almost believe the expression is true. At least, when we take a look around this magical city. The history, culture and society of the Romans can still be felt in practically every corner of the Iberian Peninsula. If the impressive wall of Lugo defied with its imposing form any conception formed about decadence and the passage of time, on this occasion the Roman amphitheater of Tarragona forces us to turn our gaze back to the Roman empire.

Rome, in this Catalan city, feels especially close as Tarraco was one of the first Roman settlements in Hispania. In its streets there are still traces of the strength, power and splendor that the empire lived twenty centuries ago. After twenty centuries and the amphitheater is still standing, resisting as best it can to the passage of time and man. It does not live its best time, as it is difficult right now, but we can say that one day it lived it. It saw great parties, spectacles and violent episodes, many times violence and spectacles coincided, as it was the fashion of the time.

Its imposing forms may not be what they once were, but, as another saying goes, some things stay with you to the grave, and this is the case.

Why was the Amphitheater important? 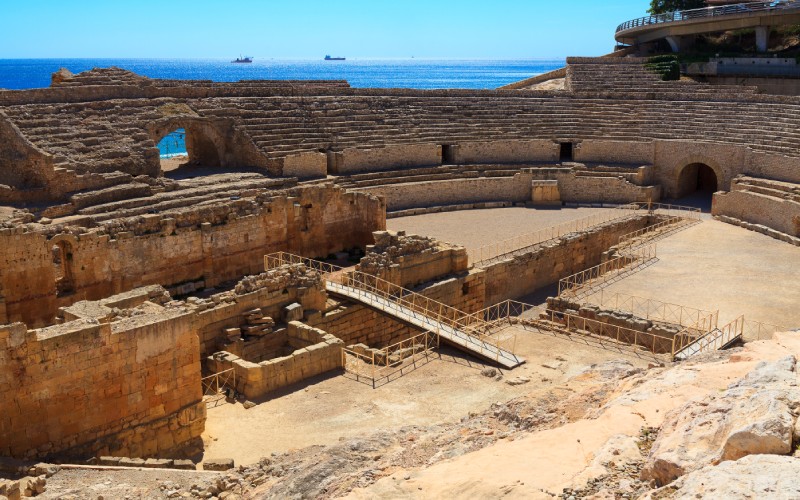 If gladiatorial wrestling was born as a kind of funeral ritual among the Etruscans, according to some studies, it could be said that the Romans adopted it and made it evolve or, perhaps, involute. Because the Etruscans, a Latin people neighboring Rome, wanted to honor their dead with this violent activity. But the Roman Empire sought, above all, to entertain the people. It was looking for a spectacle, as a soccer match is now. Gradually it also became a political tool. The organizers of these tournaments of dubious morals, fed by the imperial conquests and the people themselves, could enrich or ruin themselves. They could be acclaimed or repudiated.

The gladiator fights spread and became popular from the third century BC so they ended up coming to Tarragona. So the main function of this Roman amphitheater was to host gladiator fights. They could be between slaves or between animals. It was also used to hold public executions. In the year 259 A.D. the best example remains. Bishop Fructuosus and his deacons, Augurius and Eulogius, were burned alive by order of the governor of the city. In the midst of the persecution against the Christians, this event was, in fact, quite an event. Such were the Romans. 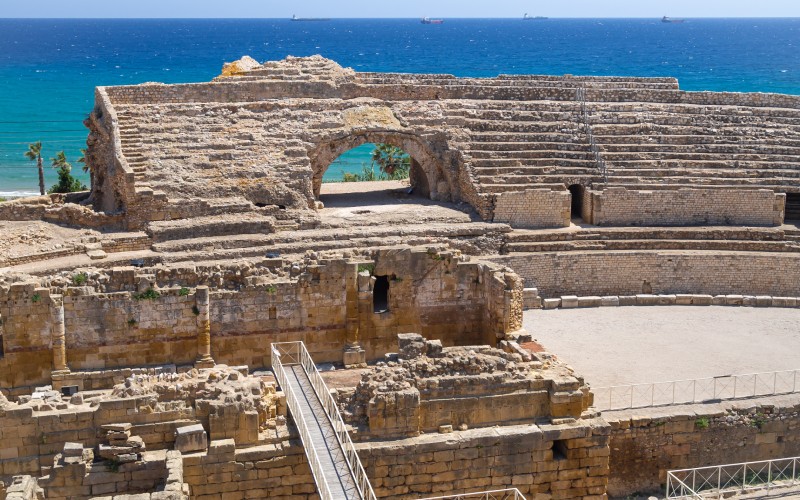 It was built in the second century near the sea, taking advantage of the level of the land and the rock to build the steps. We should be grateful to this idea, since from this location we can enjoy incredible views. This immensity of the calm waters fits very well with the large size of the building. Also, for the contrast of seeing the other people from above. The city is behind us. Rather, it was left behind in the past, because at the time it was built it was decided to locate it outside the city, although very close to the Via Augusta.

The Romans were not so much thinking of the view that this decision entailed as of the ease with which they could transport the beasts from the beach to the amphitheater. Their grounds were generally very attractive, but they were above all practical. This amphitheater is oval in shape and measures almost 109.5 by 86.5 meters. It could accommodate between 12,000 and 14,000 spectators, who were distributed in a grandstand with the classic division of three rows. Those poor gladiators had their audience, of course.

How was it maintained to the present day? 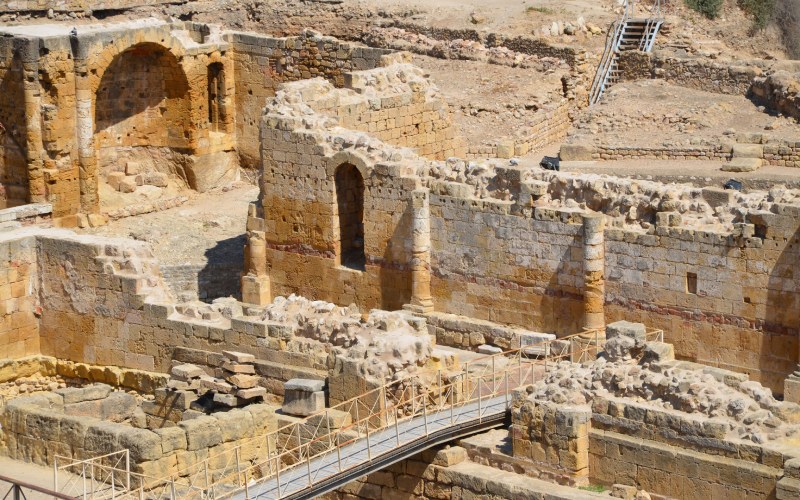 The amphitheater of Tarragona has been remodeled since its construction. Already in the 3rd century, during the mandate of Heliogabalus, the podium was covered with metal and a huge inscription was added around the entire perimeter of the enclosure.

This is nothing more than an anecdote, in any case. The real changes in the arena born to host the gladiators came later, when the empire was no more than the past. In the 6th century a Visigothic basilica was built inside the amphitheater. Later, in the 12th century, the church of Santa Maria del Miracle was built on top of it. Its vestiges are still visible, giving the ruins a most curious appearance, which shows the passage of time and the mark left by people.

Until the 18th century, the amphitheater also had neighbors. In the 16th century, Trinitarian friars chose the site to establish a convent. Its history, as can be seen, seems to have no end. Man has always found a way to stretch it.

So this amphitheater of Tarraco has been a recreation area of the Roman people, a place of public executions and guardian of Christian buildings. All in all, it has come regular to the present day. In the past 2018, the City Council of the city studied demolishing part of the grandstand after a report concluded that it could represent a risk if its state of conservation worsened. That same year, 2018, 200,000 visitors came to contemplate with their own eyes this place, confirming that the Roman Amphitheater of Tarragona is of great interest. That is why we must take care of it.

Why does it still blow our minds? 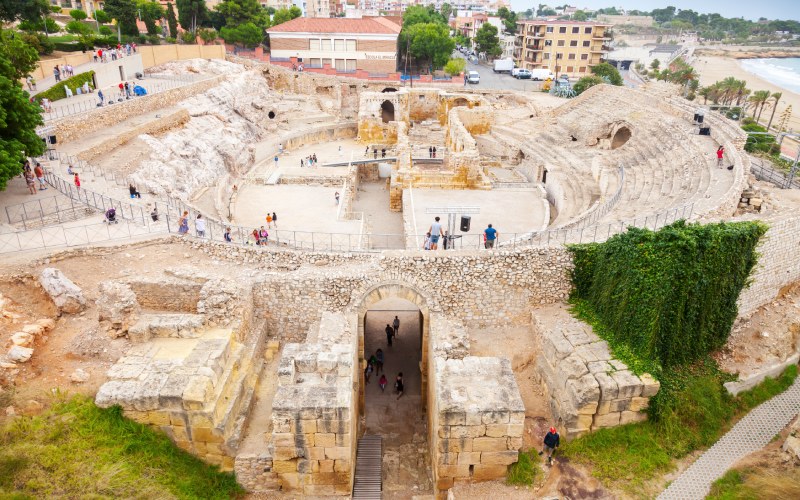 Panoramic view of the amphitheater | Shutterstock

Because it is history. Because it is one of the best examples of the passage of the great Roman Empire through the Iberian Peninsula. Also, because it gives the feeling, as it happens with these great monuments of antiquity, that we will never know everything about it. That, going a little deeper and investigating, we will discover a new detail of this society that conquered more than one continent. That it was able to leave architectural jewels in every place it conquered, as is the case with Tarraco.

The Templar castle of Miravet, the fortress that led the Valencian reconquest
On the right bank of the Ebro River, a few kilometres from its mouth on Más información

Siurana, the last Muslim stronghold with impressive views
[vc_row][vc_column][vc_column_text]Siurana is located on an impressive limestone rock and on the marsh to which it Más información