The province of Guadalajara is never well appreciated. Despite this, it has an enviable natural and cultural heritage, with medieval castles and impressive natural parks. Its particular character and proximity to Madrid make it an ideal place to experience authentic rural getaways. Also, the simple connection with the capital makes it very easy to reach its towns from anywhere in Spain. Whether it is the Campiña or the Alcarria, the Serranía or the Señorío de Molina, do not hesitate and discover the most beautiful villages in Guadalajara. 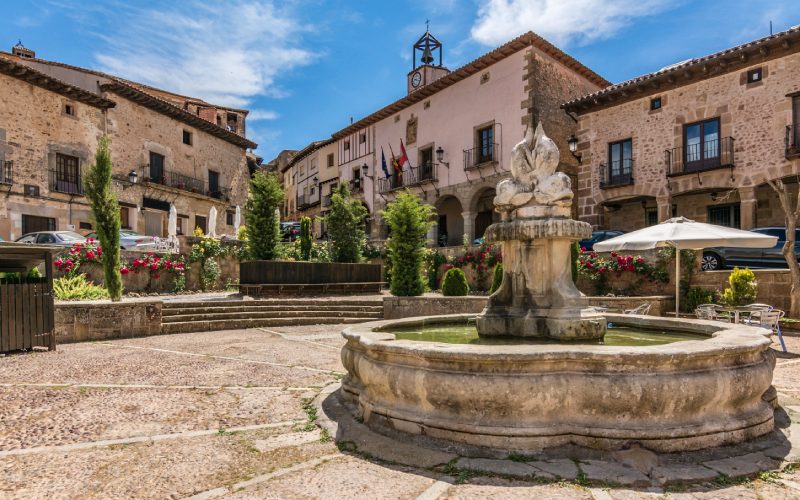 The review of the most beautiful villages in the province of Guadalajara begins in the Serranía, to the north. There stands Atienza. Populated since ancient times, there are remains of Celtiberian origin nearby. However, its peak came in the Middle Ages. For example, the Fiesta de la Caballada recalls how its inhabitants saved a very young Alfonso VIII from the Leonese troops that were pursuing him. Luisa de Medrano, a pioneering Spanish intellectual of the 15th/16th century, was also a native of this village. The whole place is dominated by the medieval atmosphere thanks to various churches, several of them with museums, and the fortress of the time. With large walls, the central tower, perched on a cliff, stands out in the latter.

This crossroads between the kingdoms of Aragon and Castile always had a certain independence that allowed it to prosper. As a result of this border situation, the character of Molina de Aragón was forged. Its walled enclosure and castle overlook the village. The Aragonese monarch, Alfonso I, gave it its current form despite its Arab origin. Other highlights include the monastery of San Francisco, the Romanesque bridge and the church of San Gil. 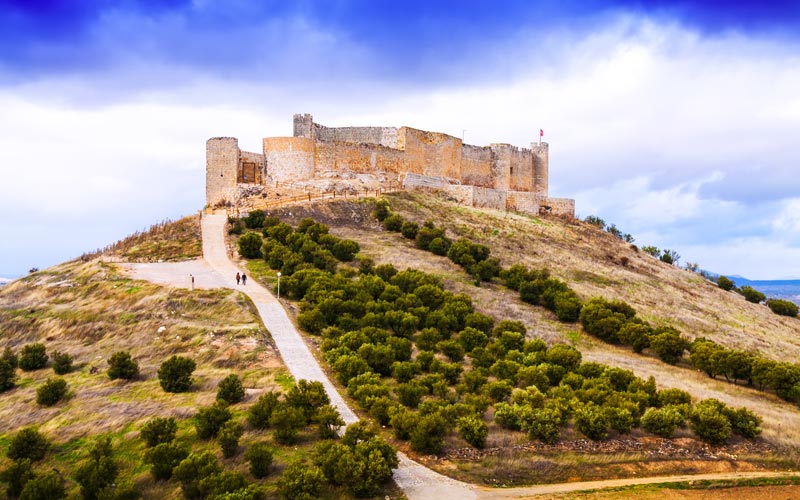 Once again the main attraction of the place is its spectacular medieval fortress. Known as Castillo del Cid, it was one of the last to be built during this historical period. Due to the great relationship between the province and the story of El Cid Campeador it is often believed that the fort was related to this legendary figure. However, the name is due to the county of Cid, to which it belonged. The first Count was a relative of Cardinal Mendoza, who was responsible for rehabilitating the Jadraque enclosure. As a curiosity, during the 18th century the explosive meeting between the Princess of Ursinos and Isabel de Farnesio took place in this village. The former ended up in exile immediately, before the new queen consummated her marriage to Philip V in Guadalajara capital.

The hermitage of Santa Coloma in Albendiego during winter.

This mountain village is embedded in a valley, in the most northern part of the province. The local stone is the main protagonist of its constructions. Like most small villages in the province, the recent past of this municipality is very humble. Despite this, it has a real gem: the hermitage of Santa Coloma. The head is Romanesque, from the 12th century, with Mudejar elements. The result is a set of more curved apse and of an enormous beauty. A great plus that Albendiego has is that Condemios and Somolinos are a stone’s throw away. In this way you can totally experience the Serrania de Guadalajara.

One of the most famous nobles in Guadalajara’s history was the Princess of Eboli. She was born in Cifuentes, where many references to her can be found. Located in the Alcarria, her monuments justify her inclusion in this list. The castle of Don Juan Manuel is due to the well-known writer of El Conde Lucanor and was built in the 14th century. Meanwhile, the church of Cristo Salvador and the hermitage of Los Remedios are its most beautiful temples. On the other hand, both the Upper Tagus and its springs, responsible for the name of the place, make up a perfect natural environment for hiking.

The great village of the bishops stands out among the rest of the most beautiful villages in Guadalajara. From its cathedral and castle, prelates as important as Cardinal Mendoza carried out their machinations. These two monuments are the biggest in the place, but not the only ones. Throughout Sigüenza, accessible from the A-2 and close to Soria territory, there are many churches and landmarks that make the place a medieval town of reference. On the other hand, its cuisine, with roasts at the head, is among the best in the Serrania and the province. The nearby Barranco del Río Dulce Natural Park is a must. 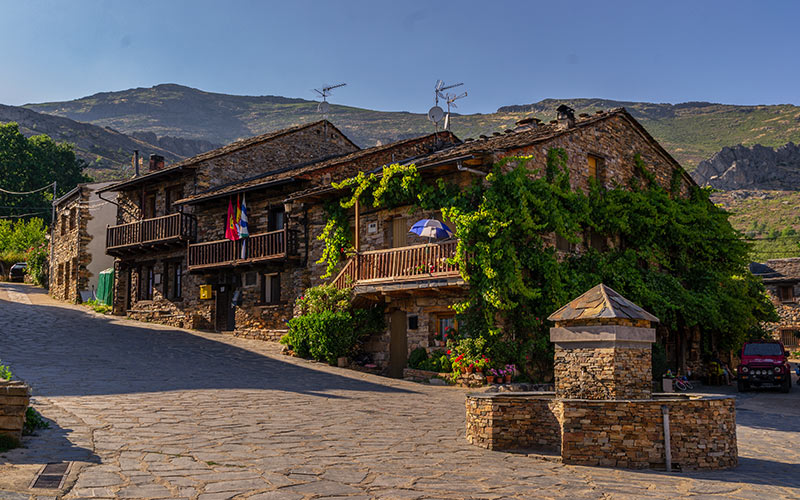 If there were to be a focus of tourism in all of Guadalajara, this would be the area of the black villages. Although it is not unique to the province and can be seen for example in neighbouring Madrid, for example in Patones de Arriba, it does shine more brightly in Guadalajara. The most outstanding of these villages is Valverde de los Arroyos. There you can see the constructions made with slate. The dark houses and churches contrast with the green surroundings of the Serranía. If you are a mountaineer, climbing the Ocejón is a one-day route that validates your status as an Alcarreño. To the north, the Tejera Negra beech forest, a World Heritage Site, and the most important beech forests in Spain await you. 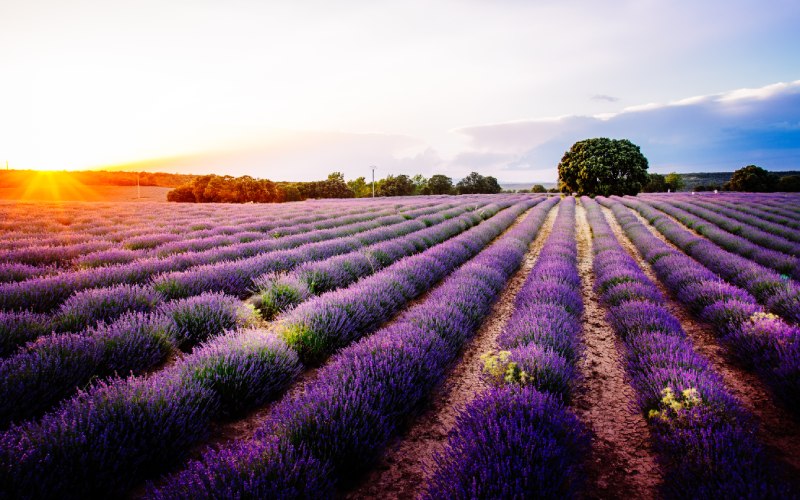 A key war scenario in the Battle of Guadalajara during the Civil War, Brihuega is now a beautiful village. Its best known feature is the lavender fields. During the flowering period, they dye the surroundings of the village with a violet colour. Walking through them was a peaceful activity for the inhabitants of Brihuega. Today it is a focus of first level influencers with great fame at national level. In the old town, the gardens of the Real Fábrica de Paños stand out, the interior is private. At the same time, the fortress of Peña Bermeja is in a great state of conservation.

The Alto Tajo Natural Park is home to many charming villages in Guadalajara. One of them is Peralejos de las Truchas, although Peñalén or Zaorejas could have been on the list. The old town is characterised by its traditional, humble appearance, with large houses and the church of San Mateo. From the town itself you can see the vertical orography that characterises this high course of the longest river in Spain. Deep canyons and curious rock formations allow the existence of such colourful landmarks as the Taravilla lagoon and the Salto de la Poveda.

Its medieval character was noted by Camilo José Cela himself during his Journey to the Alcarria. This village is very attached to the aforementioned Princess of Eboli. If she was born in Cifuentes, she died in Pastrana. It was in the Ducal Palace designed by Covarrubias, where she remained locked up for almost ten years. In addition, there are two important convents: that of San José, which was founded by Santa Teresa de Jesús, and that of San Pedro, associated with San Juan de la Cruz. Other landmarks that make the village one of the most beautiful in Spain in 2019, an honour that it shares with Atienza, are its collegiate church of La Asunción or the magnificent fountain of Los Cuatro Caños. 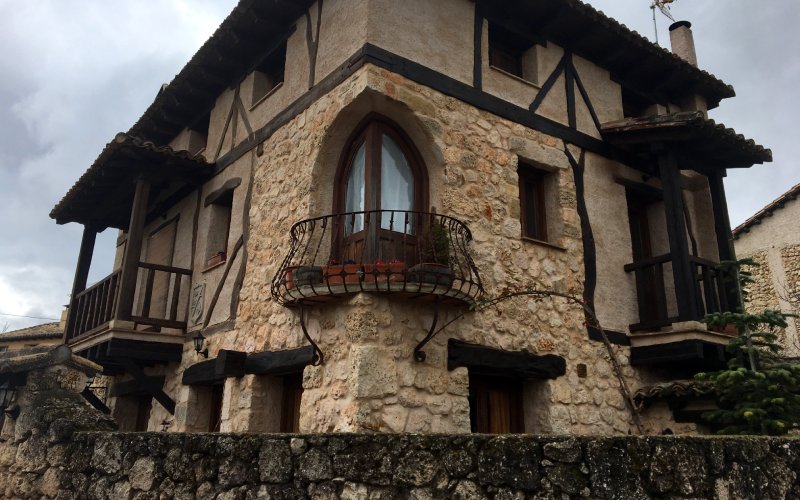 Very close to the Entrepeñas reservoir, El Olivar is a beautiful example of a village in Alcarria. Thanks to a correct planning, the aspect of this village responds to the traditional architecture of the Alcarria. Ochre tones and wooden beams dominate the whole of this unknown place. The main square and the church of La Soledad stand out, with an interesting interior. One must pay attention to the local olive oil, a good example of the one produced in this area of Guadalajara and which defines the appearance of a good part of the surroundings.

There are many options for a visit to the Alto Tajo Natural Park. One of them is from the charming village of Riba de Saelices. A quiet and typical place with interesting places to see. The most important is the cave of Los Casares, in the valley of Los Milagros. It has one of the most important prehistoric engravings in Spain. It dates back to 30,000 BC. Fortunately, it offers visits, although you should pay attention to its opening hours before planning your trip. Not far away is Zaorejas, where it is worth going to the San Pedro bridge. 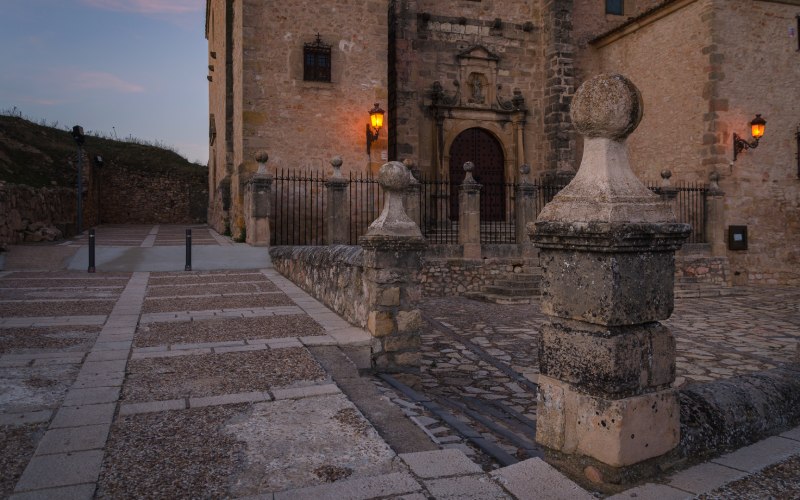 The association of the villa with the Dukes of Medinaceli resulted in Cogolludo hosting its beautiful ducal palace. One of the first Renaissance in Spain, is a great example of the adaptation that was made of such style in the country. The proximity of the black villages makes it a good point of departure to visit them. As in the case of Hita, there are beautiful views from the remains of its castle. The church of Santa Maria is also remarkable. 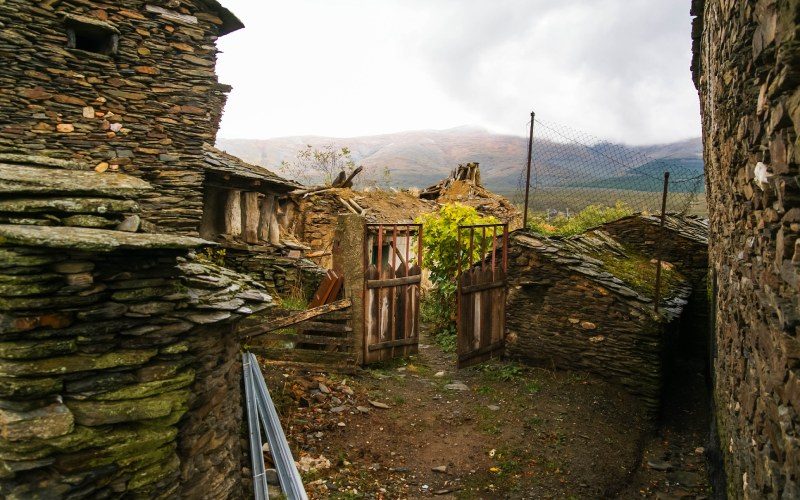 Campillo de Ranas, one of the black villages. | Shutterstock

Not far from Valverde de los Arroyos, slightly to the south, is another black village that is among the most beautiful in Guadalajara. Campillo de Ranas has a beautiful church and typical houses, but its surroundings are especially noteworthy. Nearby is one of the most spectacular waterfalls in the country, the Aljibe. The path that leads to it is a perfect hiking route for beginners. Also, in the reservoir of El Vado, in times of drought, you can see the remains of the village of the same name, which was flooded to create the reservoir. On the other hand, you can easily reach the Montejo beech forest in Madrid. On the way, there are small villages ideal for quick stops.

Although most know the last of Guadalajara’s most beautiful villages from the nearby nuclear power plant, Zorita de los Canes is a great destination for a getaway. Firstly, it has a remarkable 9th century Moorish citadel. Although it is in ruins, it is well worth a visit. Its history is associated with the mythical Álvar Fáñez de Minaya, the companion of El Cid, and the Knights of the Order of Calatrava. On the other hand, nearby is Recópolis, a lost city founded by the Visigoths. You can see it, but you have to pay close attention to its opening hours and days. Finally, there are the surroundings of the Tagus and the remains of the 16th century stone bridge.

The hill of Hita defines the layout of the village of the same name. It has a pronounced conical shape, although its tip seems to be horizontal. This is due to the fact that the local castle used to sit there, of which hardly any remains are left today. In any case, the views from these heights are frankly impressive. Better preserved is the so-called Puerta de Santa María, the largest in the village. The importance of the Hita Jews is reflected in places such as the Plaza del Arcipreste. Meanwhile, the atmosphere is completed by the ruins of the church of San Pedro or the temple dedicated to San Juan Bautista. Also the good local cuisine. In any case, the best time for a visit is during its well-known Medieval Festival.

The legacy of Al-Andalus through the great Moorish buildings in Spain
The influence of al-Andalus is, without doubt, one of the most significant and appreciated in Más información

The most beautiful beech forests in Spain
The third season of the year has many attractions. Among them is the leaf drop Más información