Civica is a very particular hamlet located in the province of Guadalajara, specifically between Masegoso de Tajuña and Brihuega. In fact, it belongs to the municipality of the latter. It is a group of abandoned houses built in the form of a cave in the rock, which makes it a unique place in Spain. A great destination for those who make a getaway in La Alcarria.

A mysterious origin for a surprising place

What makes Civica special is that it is a small vertical village excavated in rock. It is a surprising and unexpected place. It may remind us of the inhabited caves of Guadix, although the whole is very different. However, its functionality is still a mystery today, as it is not known with what intention it was built. That is why Civica can be considered one of the most interesting places in Guadalajara. 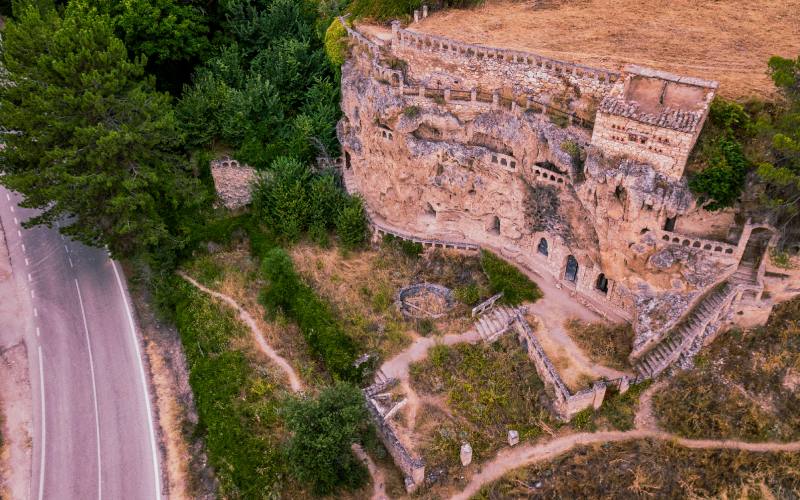 Civica from the heights. | Shutterstock

Its origin is tied to Don Aurelio, the priest of Valderrebollo, a town near Civica. It is said that this man inherited a piece of land in the place, a district of Brihuega. From 1950 to 1970, after mass, he went every day without fail, together with neighbors from other towns, to carve the rock. This is how they made passageways, pointed arches, doors, windows, columns and all the shapes that can be seen today. 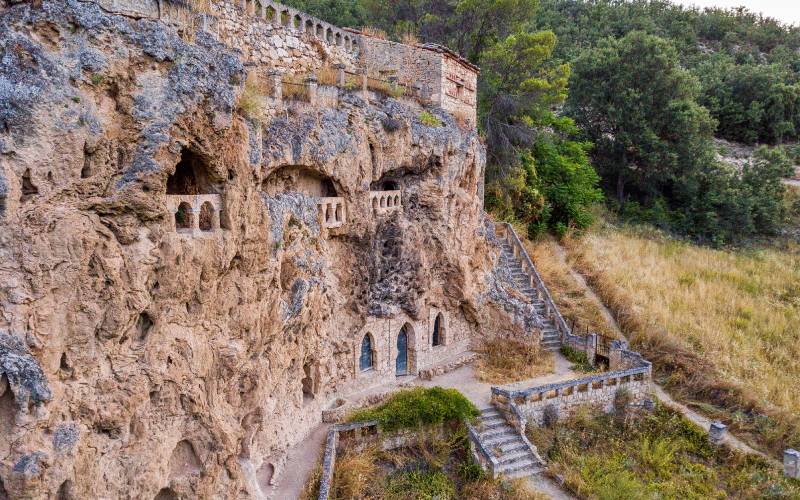 The set of cavities is extensive. | Shutterstock

It is also a mystery how a village priest managed to pay out of his own pocket and for so many years the wages of a team of workers to do such a big work. In addition, it is said that Don Aurelio always carried a black notebook in which he wrote down, as a diary, all the things he discovered inside his Civica caves. Many of them have not yet come to light.

Also, this spectacular place is surrounded by vegetation and several streams. It also has natural springs and waterfalls, which make Civica a corner with an extraordinary aura. Undoubtedly, this is a work in perfect combination between the action of nature and man.

The history of Civica

If we go back in time, it is believed that before Don Aurelio decided to carry out his work, the natural caves where his work is located may have been inhabited at different times. Among the population groups that may have lived in these hollows were hermits during the Middle Ages, Sephardic Jewish refugees, Sufis from Brihuega, Hieronymite monks or Templars after the dissolution of the Order of the Temple. 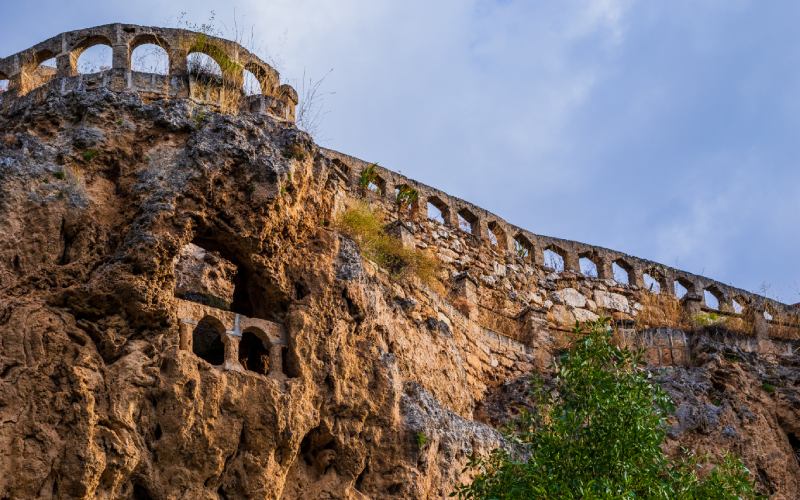 There are many legends about Civica, but one of the most repeated is that a young Moorish girl whose father punished her for falling in love with a Christian died locked up there. It is even said that her ghost appears from time to time waiting for her beloved knight to arrive to rescue her. 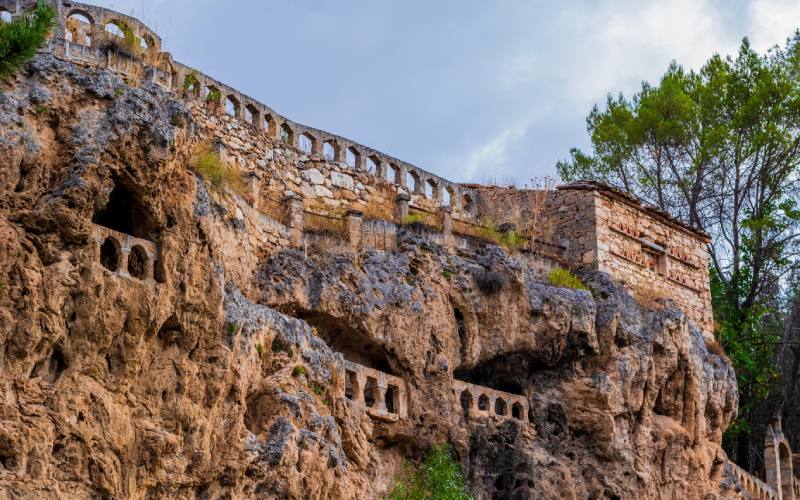 The surprise follows when one discovers that, after Don Aurelio’s death, Civica became a roadhouse. It turns out that the priest passed away without any heir, so the work that had cost him so many years passed into the hands of his housekeeper. So his nephews decided to create a bar-restaurant in his rooms. Of course, all this are only assumptions, since the real story of what happened is not quite known.

Its corridors are narrow, with low ceilings and full of steps. Through them you can access different rooms, also of low height. It is not known if they served as a residence, although it was almost certainly the temporary home of travelers. Stairs, doors, windows, columns and terraces, sometimes with Gaudí touches, are some of the elements of this large cave house that can be seen from the outside. All of this forms part of an architectural ensemble that seems to be from another time, or even from another planet. 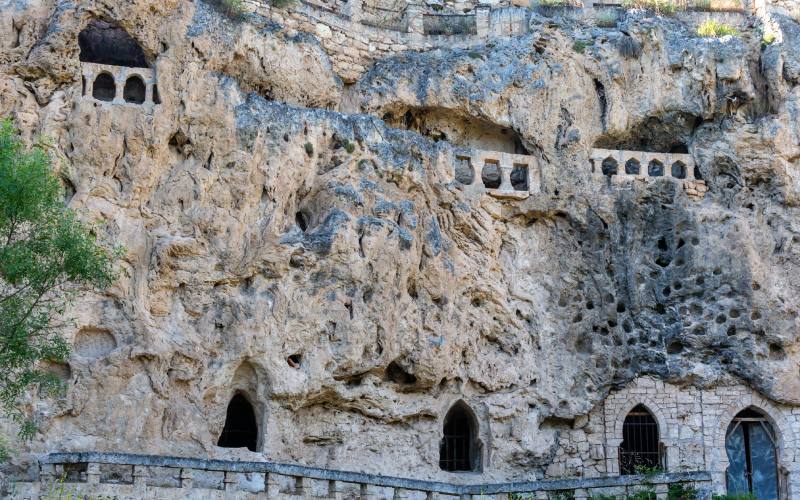 The galleries of Civica. | Shutterstock

This architectural jewel is seen when you reach a bend in the road that passes through Civica, so it surprises all those travelers who pass through the hamlet. It is important to note that its inside cannot be visited, as it is at risk of collapse and it is a private property. In addition, although there are some more houses in the village, they are practically abandoned. In fact, the INE (the Spanish National Institute of Statistics) reflects that there are nine inhabitants in this small hamlet.

Finally, at the top is the Fountain of the Seven Spouts, catalogued by Felipe II. It emanates a crystalline and fresh water that, according to the locals, cured stomach ailments. Curiously, it has an inscription with its date of construction, 1797, and a Victor, a symbol of victory from the Lower Roman Empire. In short, a must-see for lovers of adventure and mystery, as well as for fans of the most original architecture.