The beautiful garden of La Alcarria

A historical and monumental town located in the Tajuña Valley, it is situated in an environment of exuberant vegetation. Part of the Journey to the Alcarria by Cela, it became famous thanks to the Battle of Guadalajara. Now, it is becoming popular with its Festival de la Lavanda, becoming purple with all the lavender fields.

The visit to this pleasant town is based on exteriors. Thus, what to see in Brihuega requires half a day. Once seen, one option is to go to Cifuentes and the Upper Tagus Natural Park. Towards the north there is the alternative of the Castle of Jadraque and Cogolludo. Finally, you can go down to Hita and the city of Guadalajara, capital of La Alcarria.

The origin is Celtiberian and under Roman rule it was known as Castrum Brioca. An important hunting ground, the town is mentioned as a place of rest for the King of Toledo al-Mamun. In 1072 it hosted Alfonso VI of Leon after he was defeated by his brother Sancho II of Castile.

In 1085, when Alfonso was already King of Castile and Leon, he conquered the Tajuña Valley. The following year he ceded Brihuega to Archbishop Raimundo de Toledo, who built his castle there. Already dependent on the archbishopric of Toledo, at the beginning of the 13th century its walls were completed and it received a charter. Later, in 1574 it passed into the hands of Philip II, thus abolishing the archiepiscopal lordship.

On December 9, 1710, the rearguard of the army of the suitor Charles of Austria was surprised in this area. He would eventually succumb after several assaults by General Vêndome’s French-Spanish army. The fighting affected both the town and the castle.

Already in January 1823, the troops of the constitutional government of General Odalí attacked in Brihuega the contingent favorable to the absolutism of Ferdinand VII, commanded by the French general Bessières. The latter won. In March 1937 it was the stage for of the battle of Guadalajara. During the conflict, the People’s Army of the Republic inflicted a heavy defeat on the Italian Fascist troops. Such resistance was remembered for years in the town.

What to see in Brihuega

The most outstanding building to see in Brihuega is the Real Fábrica de Paños. Located at the beginning of this tour, it cannot be visited at present. Founded in 1750 by Ferdinand VI as a branch of the Guadalajara factory, its aim was to revive the local economy after the War of Succession. With a circular shape, its Baroque door and the Versailles gardens stand out. Its viewpoint offers a great panoramic view of the village, the Tajuña and the Church of San Miguel.

Crossing the Arco de la Guía, we reach the Castle of the Piedra Bermeja. It is an eclectic work with elements of Arab, Romanesque and transitional Gothic style. Already inside the parade ground is the Church of Santa María de la Peña, a superb transitional Gothic work.

Another example of what to see in Brihuega is the Prado de Santa María, a place of great beauty and tranquillity. Also, the Hermitage of La Veracruz is remarkable. The Arab wall, almost two kilometres long, completes the city’s defensive architecture. The Arco de Cozagón and the Puerta de la Cadena stand out because of their good state of conservation. 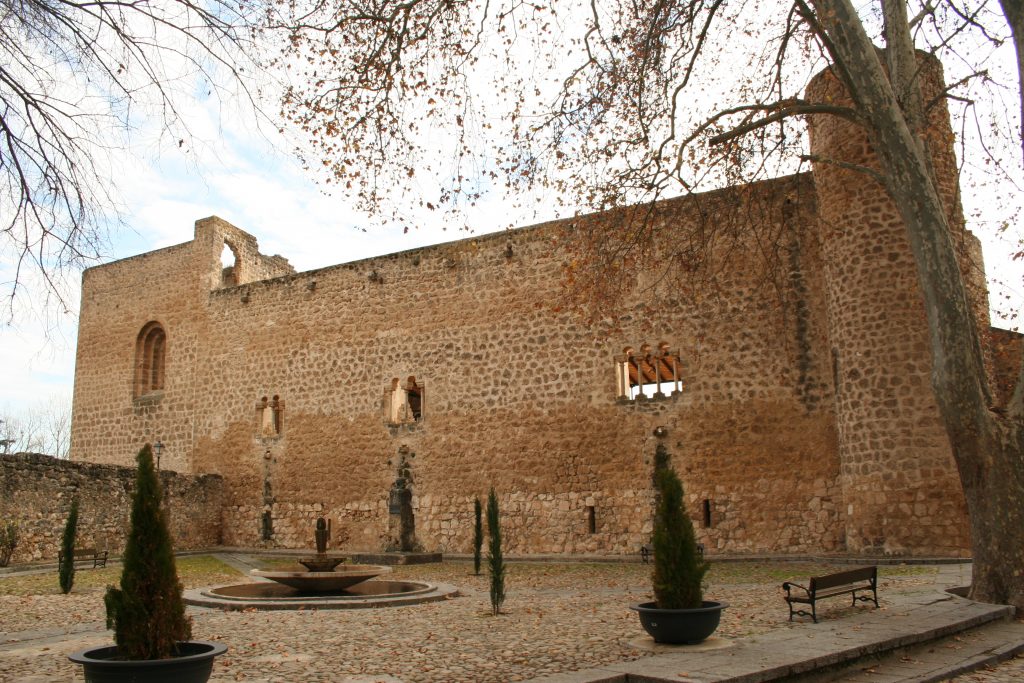 The main square, known since the 16th century as the Plaza del Coso, is another of the most important places to see in Brihuega. Here you will find the town hall. The building was renovated in 1975, replacing the one built by Ventura Rodríguez in the 18th century. For its part, the Royal Prison of Charles III can be visited and houses the Tourist Office. Likewise, the Arab caves were used in the past as an escape route and food store.

Given the important and ancient tradition of bullfighting in Brihuega, the bullring occupies a prominent place in the town. Inaugurated in 1965, it is known as “La Muralla“. This is because it was built next to it, with a very similar material so as not to break up the architectural ensemble aesthetically.

Meanwhile, the Church of San Felipe is a notorious late Romanesque temple with a beautiful façade. Closing what you see in Brihuega is the Casona de los Gómez, a Renaissance house, or the Fuente de los Doce Caños. The complex demonstrates the success of the historic centre being declared an Asset of Cultural Interest. 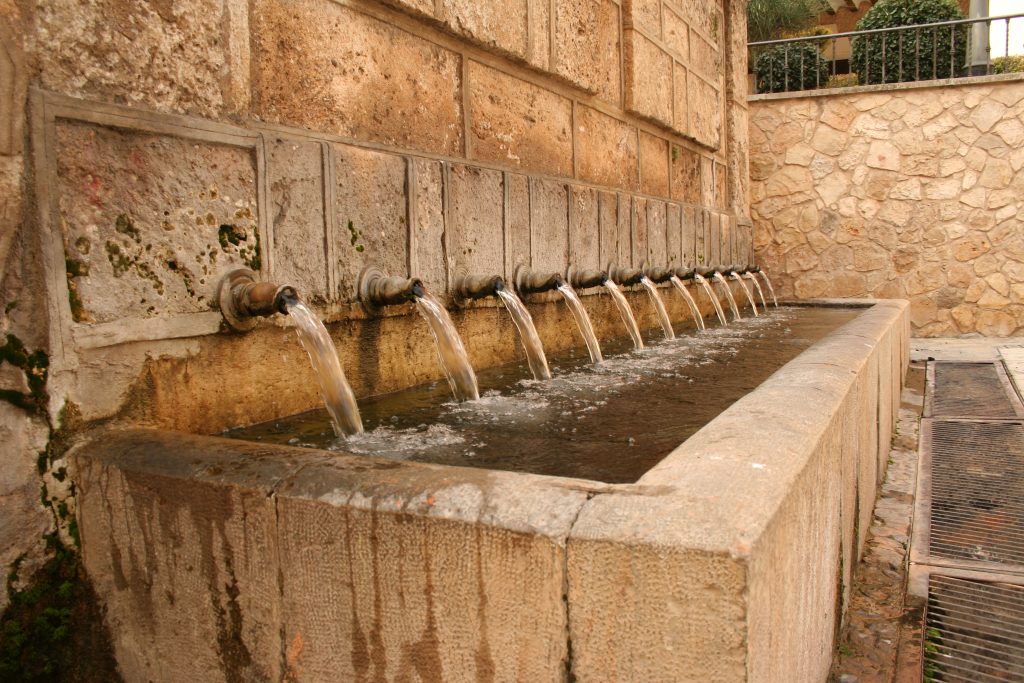 To finish, the best thing is to remember what Camilo José Cela, Nobel Prize for Literature, said about Brihuega on his Journey to the Alcarria:

“Brihuega is charming because of its location, its surroundings, its noble appearance from the past, its historical memories, its artistic gems and the extremely friendly character of its inhabitants. It is so true that whoever goes to see it for the first time will surely return”.

Brihuega and its lavender fields

Around the month of July, Brihuega becomes purple with a celebration that takes place every year: the Brihuega Festival de la Lavanda, a celebration (musical and gastronomic) of the flowering of the approximately 1,000 hectares of extensive lavender fields. For the last few decades, they have encouraged the cultivation of lavender in the hills located a few kilometres from the city; and it is in July when they reach their maximum splendour.

There is a dress code: wearing white clothes. It is advisable to wear comfortable shoes and something warm for the evening. In the festival, you will listen to music outdoors in the middle of the flowery fields on the road that leads from Brihuega to Olmeda del Extremo. After the concert, you will be able to enjoy a gastronomic offer based on buffet dinners or gourmet meals under the stars with the best dishes from La Alcarria.

It is easy to park in the streets of the town as well as in the Plaza del Coso.

The main celebrations to see in Brihuega are: Festivals in honour of the Virgen de la Peña (August 15), October Fairs (penultimate weekend in October).