Ciudad Real is a province that has in its borders places of great patrimonial interest. Some of them are well known, such as Campo de Criptana or Villanueva de los Infantes. Others, undoubtedly, are not so well known. San Carlos del Valle, Viso del Marqués or Fuencaliente are places full of history, unfortunately forgotten. And the Almagro’s Plaza Mayor, although it does not belong to the latter group, does not have the recognition it deserves. 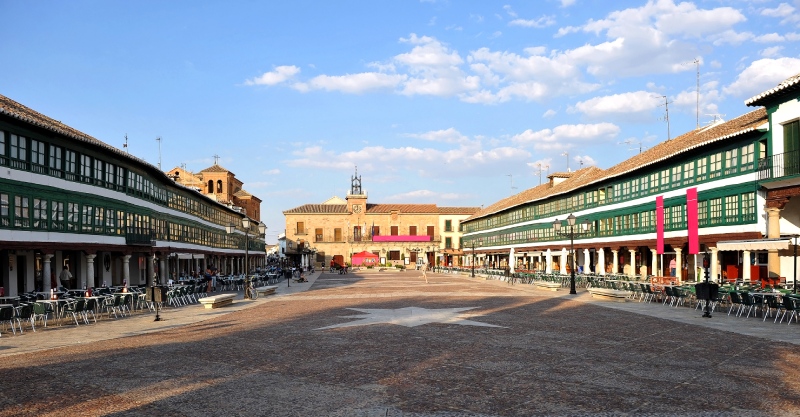 An architectural heritage of the sixteenth century wonderfully preserved, if well restored after the war. Its construction is favored thanks to the Fúcar family, a Castilianization of the Fugger surname of German origin. It was this family of bankers who took possession of these lands of the Campo de Calatrava thanks to Charles V. It was the king who donated them to them thanks to his economic aid that financed the wars of the Spanish monarchy in Europe.

Thanks to the German origin of the Fúcar family, they managed to create in this place a perfect alliance between the traditional arts of the Castilian region and the northern European currents. Being also beneficiaries of the income from the Almadén mercury mines, the family had no problem in building the Almagro’s Plaza Mayor and several manor houses, houses that are still preserved today. 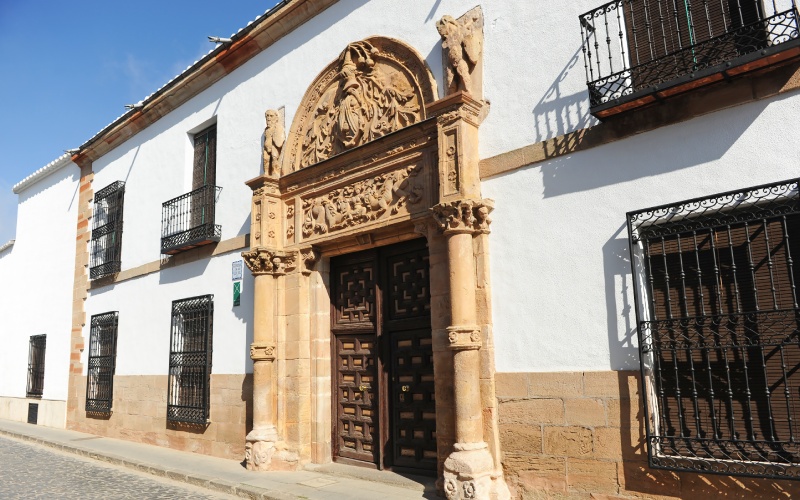 With 81 Tuscan limestone columns, the linteled structure of the square welcomes the visitor to an overwhelming and unique view. Together with the green color so characteristic of the wooden factory and its glazed galleries (closed in the 19th century), they make up the image of the place.

Resistant to wars and misfortunes

Wars and oblivion are the great enemies of heritage. Despite the centuries and the vicissitudes suffered by the square, its structure has been preserved in an exemplary manner. It was during the Civil War when the whole structure suffered the most. In spite of it, and during the 60’s, Francisco Pons-Sorolla returned all the past splendor to the set after an arduous restoration. Without forgetting the Corral de Comedias de Almagro, unique in Spain and that has its entrance in the square itself. 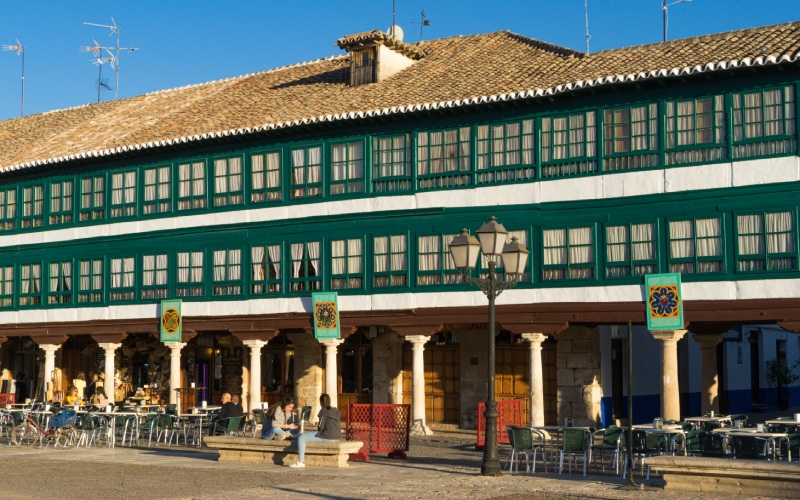 Detail of the glazed galleries of the Almagro’s Plaza Mayor. | Shutterstock