Albacete is not a dry highland. The commonplace may have prevailed, but the province has much more scenery to offer, like Los Picarzos. The Manchegan Switzerland that commands Aýna shines for being in the midst of a spectacular mountain environment. A place where the towns, such as the aforementioned or Liétor, make balances between abysses. The flow of water is heard everywhere, the vegetation is abundant and the slopes are deep. Above this supposed strangeness, a virgin rises at the top of the Picarzos. A colossal stamp that always watches over this segment of the Sierra del Segura. 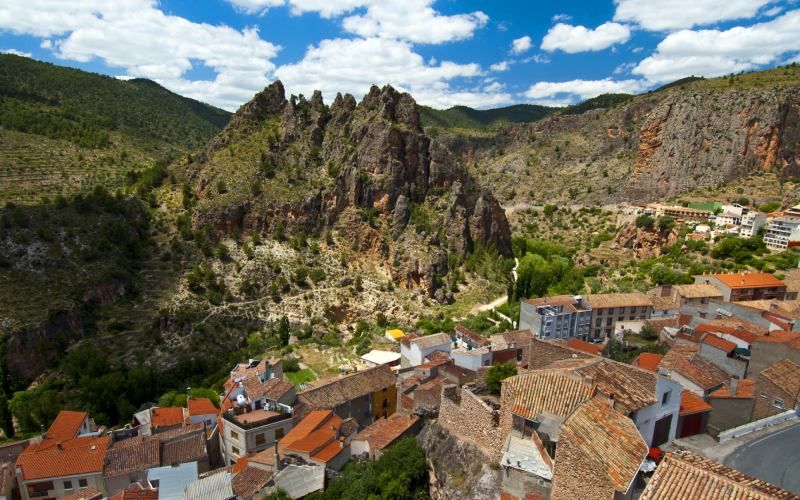 The panorama of Aýna is spectacular. | Shutterstock

A mountain worthy of surrealism

Los Picarzos is actually a mountain of almost 800 meters in altitude, but its seven peaks justify the use of the plural. All of Aýna is marked by unexpected heights, but this landmark is the most striking. It is easily distinguished, its aesthetic value is as high as the natural one and its forms seem almost artistic. The surrealism that permeates the area because of José Luis Cuerda and his Amanece que no es poco is easily adapted to this mountain. Pure integration.

As has been said, on its most prominent peak there is a virgin, as well as a flag. A project of the last century that adds a point. Putting religious figures in high places is not something new, but in Aýna the effect looks especially good. An excuse to set up traditions or hikes. Also to get photos that look worthy of other parts of Europe. 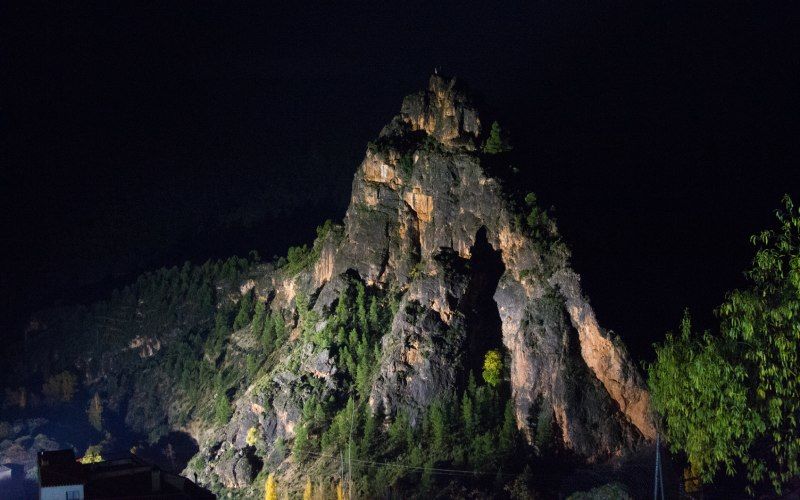 At night the Picarzos and its virgin are just as beautiful. | Shutterstock

The figure corresponds as could be anticipated to the patron saint of the village. It has a name very consistent with the orography of La Mancha Switzerland: Santa Maria de lo Alto. She is the patron saint of the main local temple, where her main replica is kept. The original, as in so many other places, was burned during the Civil War. Formerly known as Virgen de la Raja, the name became more elegant over time. It is less original, it moves away from the legend associated with an apparition among caves but does not give rise to double meanings that would force anyone who messes with the local protector to take off.

Seeing the location of this Santa Maria de lo Alto it is easy to anticipate that it is not easy to get there. The alternative is to take the via ferrata of Aýna through an active tourism company. A great way to get to know the nooks and crannies of Los Picarzos but incompatible with vertigo. It has a little bit of climbing, zip line, log bridge… a little bit of everything. Such an experience, described in any case as suitable even for children, leads to be able to make the statue next to the local patron saint. The views are just spectacular. 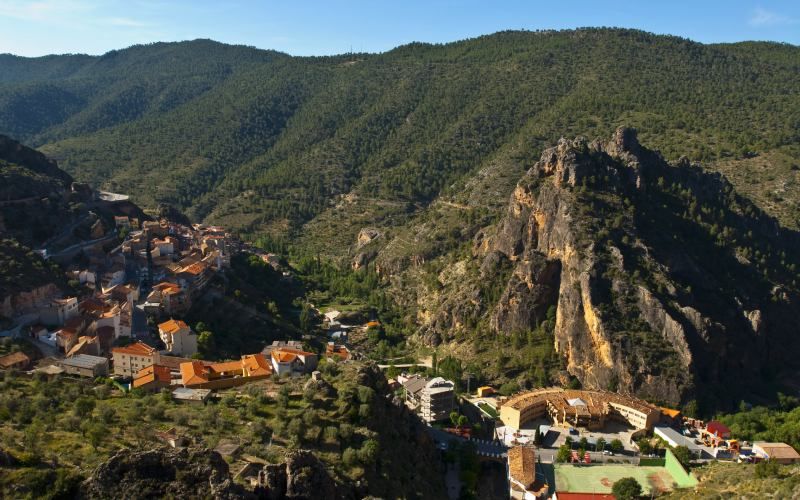 The Picarzos dominate the village. | Shutterstock

Another less hectic option is, instead of going up, to walk around the Picarzos. The route is well marked and is part of the local trails. It is only a little more than four kilometers long. Also, the biggest challenge it has is an ascent of about a hundred meters. For all these reasons, it can be said that it is simple. Along the way you will pass by landmarks such as the Peñasquera viewpoint. You can also enjoy the Mundo River, one of the geological forces that has helped to create this Manchegan Switzerland. 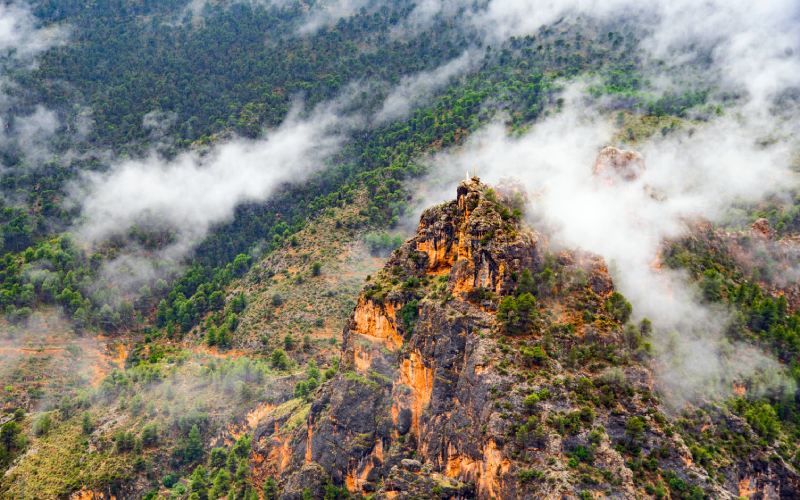 Santa María de lo Alto was not going to be low. | Shutterstock

Seen Los Picarzos from all its angles, there is something to talk about Aýna itself. This village of Albacete has many attractions. The aforementioned church and several hermitages are some of them. The urban center sometimes unfolds almost hanging, adapted to the abysses in which it is seated. In the municipality there is also an important cave site, the Niño cave. Its paintings have been dated to the Upper Paleolithic and are believed to be between 27 and 28,000 years old. But what the place is best known for is the footprint of Amanece que no es poco. Thus, you can greet a member of the seedbed of men or the legendary sidecar of Theodore. There is a film route, which complements that of Liétor and Molinicos. It is a complete destination.

Albacete, Castile La Mancha, mountain villages
It may interest you...