It seems that going behind a waterfall is one of those activities only found in films or remote lands. Like the Icelandic waterfall of Seljalandsfoss, through which you can go behind a cave in which you can see the landscape. However, you don’t have to travel so far to make this wish come true. In Soria, Castile and León, there is a route that will allow the traveler to discover the Serena cave waterfall, next to the fantastic spot of Castroviejo.

The Enchanted City of Castroviejo

In the municipality of Duruelo de la Sierra, in the foothills of the Sierra de Urbión, there is a place famous in Soria for the shapes of its rocks. It is Castroviejo, a perfect example of conglomeratic karst. The erosion of nature over millions of years has left its mark in this area in the rocky outcrops of sandstone and conglomerates. Pinnacles, monoliths, bridges, collapsed walls or corridors populate the enclave next to wild pines. 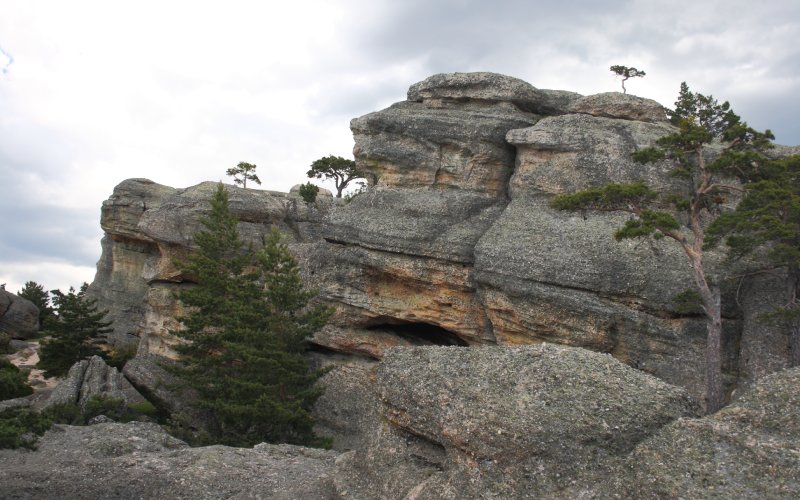 To get to Castroviejo there are two options: first, there is the option of going there by car, from where you only have to walk two kilometers. But, for those who prefer to walk, it is also possible to do the route on foot from Duruelo de la Sierra, a town crossed by the Duero River. This last option consists of a little more than five kilometers of walking.

The walking alternative offers the option of following the route known as the route of the waterfalls. Thus, before reaching the enchanted city, the trail goes through the waterfalls of La Chorlita and La Chorla.

Halfway along the route, two more natural attractions also await, but for this you have to deviate slightly from the trail. Firstly, indicated by a sign, a yew tree stands among a sea of pines. Secondly, further on, it is possible to see the cave known as Cueva de las Ventanas.

You can breathe magic in this place

Although the road is riddled with natural wonders the best is at the end, after passing the parking lot. Castroviejo is found in an impressive geophysical environment that again could remind one of Iceland and its own enchanted city, Dimmuborgir. Or, back home again, to the Enchanted City of Cuenca. It is advisable to climb to the viewpoint of Castroviejo to enjoy the views. Karst formations, small meadows, the forest, and the village of Duruelo de la Sierra can be seen from the heights. And, going up even further, the main viewpoint awaits, from which you can also see the mountain ranges of the Sierra de Urbión. 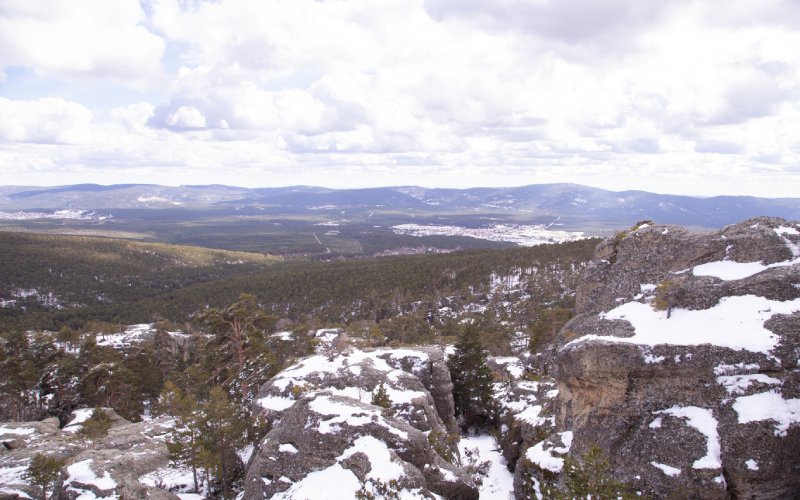 What’s hidden behind the waterfall of Cueva Serena

Back at the parking lot, barely three hundred meters away, awaits the best of the route: the Serena cave. Just in front of it hangs the waterfall that makes the cave famous. In winter, the water freezes, leaving ice floes suspended in the air. In spring, the water from the Duero River falls with force.

Although this place has acquired some fame in recent years, especially for the people of Soria, what many do not know is that there are paintings in the cave, or at least remains of them.

It was not until 2002 that the archaeologist Alfredo Jimeno discovered the drawings and reported the discovery. The state of the paintings, deteriorated by the humidity of the place and time, makes them difficult to see for the ordinary hiker. 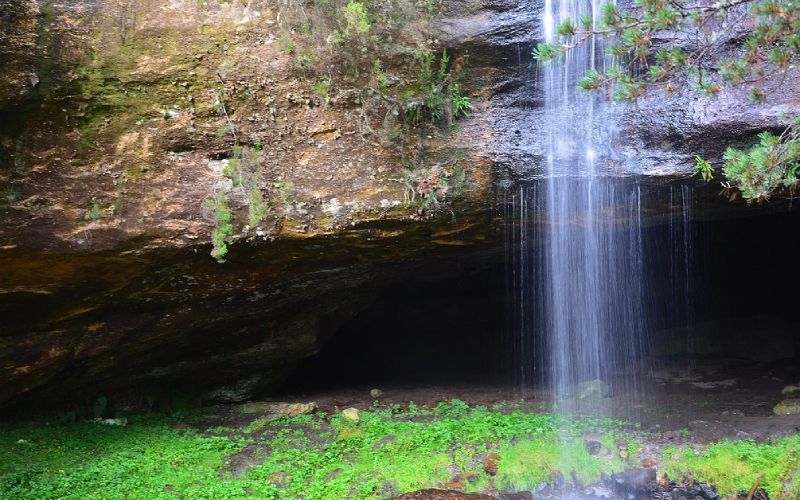 Again in the town of departure, it is worth mentioning the Church of San Miguel Arcángel. Romanesque in style and with Mozarabic details, the church houses a large medieval necropolis around it. A hundred tombs from the 9th to 13th centuries find themselves around the building. A good way to start or end the tour.

Castile and León, hiking, natural environment, Route, Soria, waterfalls
It may interest you...