Unknown but spectacular, like most of the landscapes that flood the still wild lands of our country. The Senda de Unamuno does not have a casual name. This amazing route, and especially its waterfall, left the famous playwright speechless. “One would spend hours contemplating it flowing, letting one’s spirit be won over by the pure sensation that its constant course produces… Great force that without any apparatus, with the simplicity of the colossus, unfolds!”.

And there is no doubt that the writer’s words did justice. The Pozo de los Humos waterfall, with its 50 meters of free fall, roars in the middle of Arribes del Duero Natural Park with its noise and its constant columns of steam. A testimony of the strength and the ancestral power of this panoramic view. 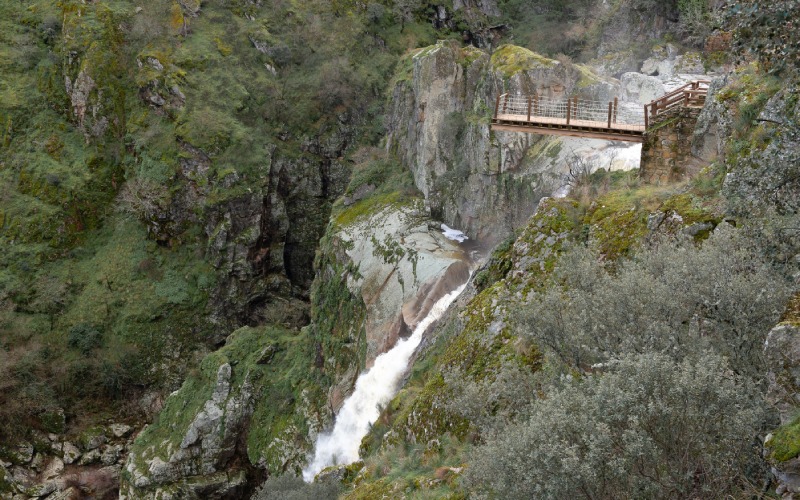 A bridge over the emptiness | Shutterstock

The path to the heart of Salamanca

It is in the region of Las Arribes del Duero that the river Uces creates this impressive landscape. Being a tributary of the Duero, on its way through Salamanca, this river offers us a path, called La Robleda or Unamuno. With about 2 km that anchors its beginning in Masueco de la Ribera, a village with a typical silhouette of the northwest of the province. A route without great complications whose final objective is the wooden viewpoint that rises in front of the imposing waterfall. 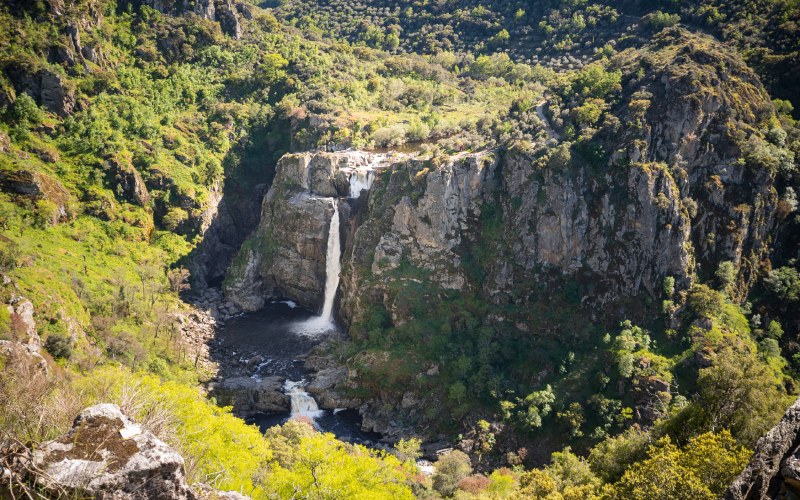 A stronghold of pure nature

With the pace lightened by the rush to reach the waterfall, wildlife floods the view. This is a region full of nature where animals common to the Iberian orography have their home. However, large mammals, due to the influx of people, avoid the area surrounding the path. On the other hand, it is the birds that constantly harmonize the visit, especially in spring after the thaw, the best time to visit the place.

Castile and León, hiking, nature, Salamanca, waterfalls
It may interest you...