La Cueta is known for being the highest village in the entire province of León, as it is located at approximately 1,442 meters. Located in the beautiful Natural Park of Babia and Luna is now one of the villages located at the highest altitude of the entire Iberian Peninsula. It is a charming and isolated place that looks like something out of a fairy tale. It is made up of stone and wood houses of ancient appearance and slate roofs typical of the traditional rural architecture. Between 40 and 60 people live there, depending on the time of the year, subsisting mainly on tourism, livestock and transhumance. It could be said that these inhabitants can enjoy a peaceful, beautiful and natural environment like few others in Spain. 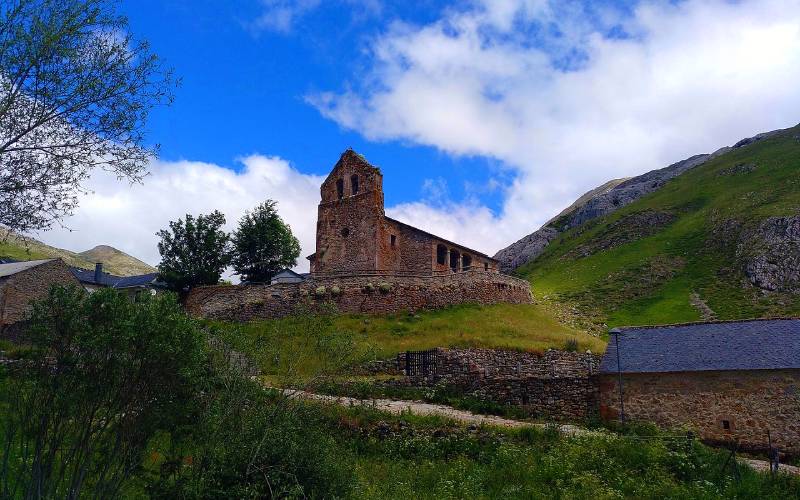 A spectacular view of the church of La Cueta. | Wikipedia

An isolated village with a lot of charm

Let’s start with an important fact. The village is called La Cueta, although in popular slang it is known simply as Cueta. It is a place to visit once in a lifetime for the calm one can breathe here. Here, in this village, civilization ends. The sound of nature in all its splendor is suddenly heard: birds, insects, the river, the wind blowing. The village is divided into three parts, called ‘barrios’ (neighbours), which are attached to the gorge of the river Sil. These are La Cueta, Quejo and Cacabillo. 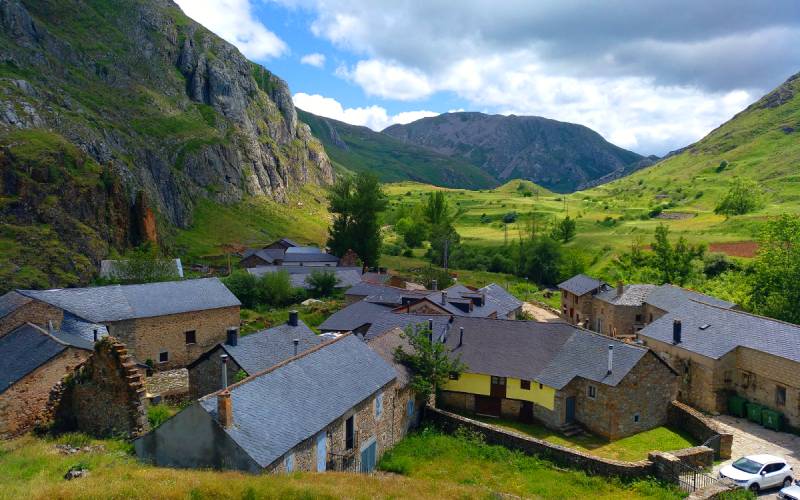 The beautiful village of La Cueta in León. | Wikimedia

In the northern part of the village is the parish church of San Mateo de La Cueta and some rural houses. In the middle area, the hermitage Hijuela de Nuestra Señora de las Nieves de Cacabillo and the center of the village itself. Meanwhile, to the south there is a hostel famous for its lamb stew and the entrance to the town, with bus stop included. The offer is not at all bad for visitors, with three hotels certainly economic and very nice to stay in. In all of them there are endearing locals who are devoted to the visitor.

A special environment for nature lovers

Arriving at this village, breathing fresh air, listening to the animals, contemplating the landscape and taking a hiking route from its houses to the depths of the mountains is priceless. If someone is looking for peace, solitude and reflection La Cueta is the perfect place. The whole village borders the Sil River, a spot surrounded by tall and imposing trees. A remarkable spectacle especially in spring. It is a river that passes through León, Ourense and reaches Lugo that, in Roman times, was nicknamed ‘the river of the golden sands’. 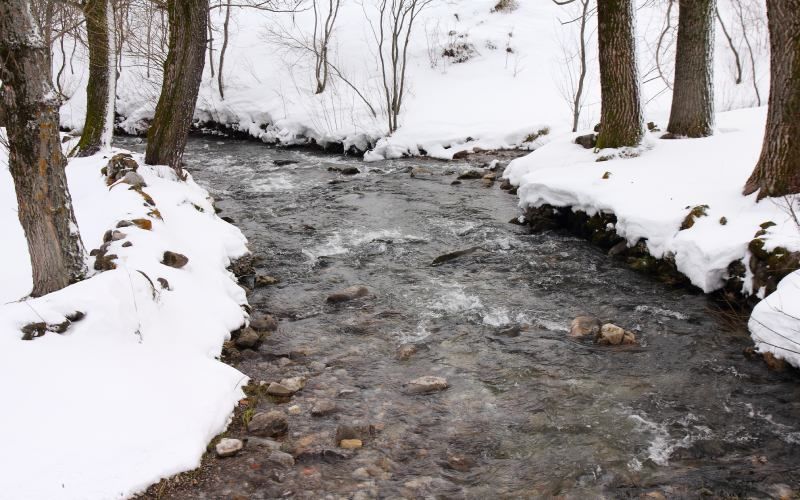 The Sil river is the tributary on which La Cueta is built. | ShutterStock

In La Cueta we can also see an old cereal mill, quite damaged, which once generated electricity. And how can we forget the famous stone bridge of Cuetalbo, which gives off that medieval aroma of its construction. But beware, although it is a quiet town, it does have its risks. The main one is the weather. Many of its visitors, usually backpackers looking for mountains and routes, have been surprised by heavy snowfalls or torrential rains. It is is advisable to be well prepared to face nature and inclement weather, especially in non-summer dates. In winter, it is best to carry chains and a shovel in the car.

Years ago the Government of Castile and León seriously considered recovering La Cueta as a tourist village and during the last decade it has been rehabilitated under a respectful prism of preservation of the traditional architecture. The paving, lighting and electricity supply throughout the village were improved. In addition, improvements were completed in the two religious temples of the village, specifically in its stone walls and accesses. Today, the village looks like a highly recommended tourist destination, especially if the ski slope project proposed by the institutions is successful.

There are many activities to do in La Cueta. The main one revolves around hiking and mountain sports. The route from the center to Fuentes del Sil and Peña Orniz, at an altitude of 2,191 meters, is famous. But there are simpler itineraries, suitable for all ages, such as La Cueta-Peña Chana or simply going for a walk in the surroundings, an activity in which the whole family can participate. Another of the activities that are carried out in the whole area of the Babia region is fishing. In the good months of this sport you can fly fish and get legal, fresh and tasty fish. 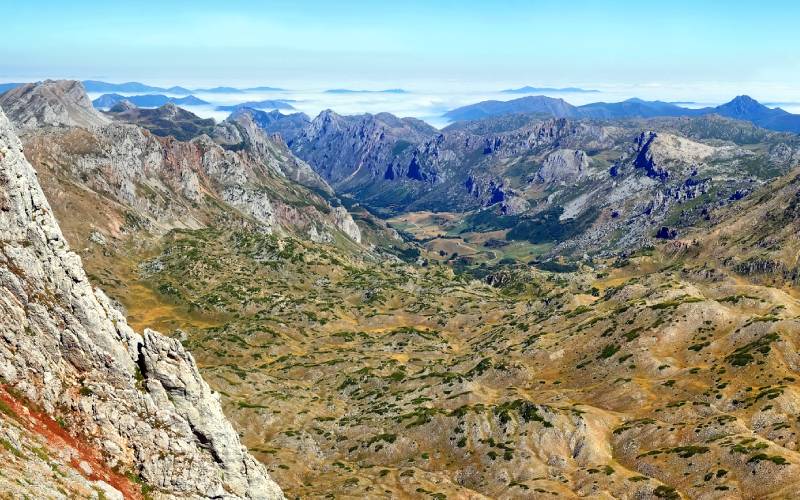 Panoramic views of the region of Babia, province of León, from Peña Orniz in La Cueta. | ShutterStock

La Cueta brings together many nature, mountain and photography lovers. Professionals from various fields come to study the territory, typical of the Cantabrian mountain range, that is, pure limestone. From this experience they take incredible and beautiful snapshots. Wolves and bears have been seen in the area, but the main protagonist is the Merino sheep. Finally, it is worth mentioning that La Cueta celebrates every year the festivities of San Antonio, once recovered its traditional banner. In them the village is decorated and receives visitors to taste traditional dishes of the area just after the official mass. Everything under a traditional, festive, solemn and religious atmosphere.