The sun presses lightly, but in León and the Isoba lake it rarely burns. Today has been no less. At the end of June and while the rest of the peninsula suffers the embers of the summer sun, in León it is a splendid day for a route. The path that started from Puebla del Lillo has run to the glacial lake of Isoba. The abundant green grass that covers its surroundings is the soft reward for a route of just over five kilometers, without counting the return. Now it’s time for a snack. Meanwhile, the frogs are immersed in a fascinating conversation that they make sure that every visitor knows about. Isoba Lake is their home. Let that be clear. 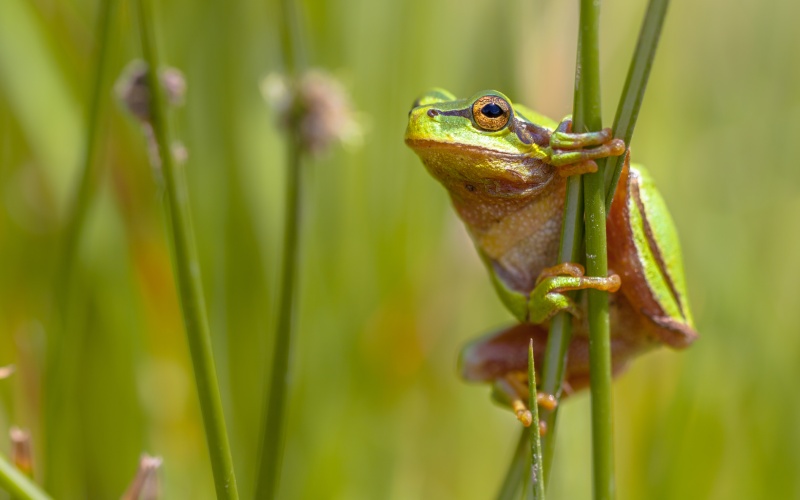 A natural spectacle among the Picos de Europa

Located in a small depression at an altitude of almost 1,400 meters, the Isoba Lake makes its way into the Picos de Europa Park in León. Part of the Langreo valley, this body of water of about 400 meters in diameter rests under the imposing peak of Peña San Justo since it was formed there during the last Quaternary glaciation.

Lake Isoba is characterized by its shallow depth, just a few tens of centimeters in most of its surface. This fact allows the proliferation of abundant animal and plant life. Thus, the marsh vegetation splashes green on the shores of Isoba and shelters a noisy colony of green frogs whose songs attract predators such as storks and herons. 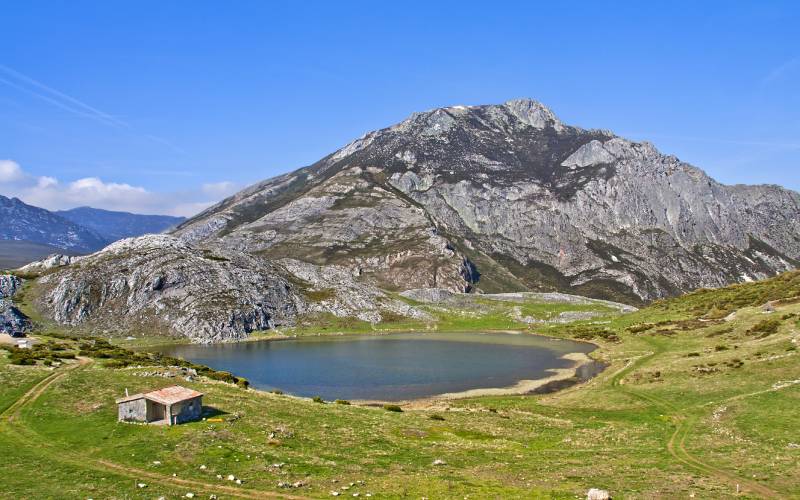 In the same valley that shelters the lake, it is possible to visit a traditional shepherd’s hut that was restored only a few years ago. In the Eastern Mountains of León, it is common to see two models: the last one and the standing one. The hut of Isoba belongs to the last model. Thus, it consists of a circular base of stones on which rises a cone of long and thin pieces of wood. A few meters from it is the contemporary shepherds’ lodge: a modern shelter, much more similar to a small house. Today, between mid-June and the end of September, flocks of Merino sheep still roam the pastures surrounding the lake.

The legend of the lake: “Sink Isoba!”

In the 10th century, the rebirth of Al-Andalus Spain, led by the chancellor of the Caliphate of Cordoba known as Almanzor, brought terror to many Christians. With the intention of fleeing from the clutches of the Muslim chamberlain, some pilgrims, on their journey to Santiago de Compostela, decided to use the roads that crossed the mountains. One of these roads passed through the beautiful Isoba Lake. So far the story is true.

Legend has it that one of those travelers arrived in the valley of Langreo dead of thirst, hunger and exhaustion. The pilgrim knocked one by one on all the doors of Isoba, but his only incentive was the telling “God help him”, followed by a slamming of the door. There were only two who came to the exhausted traveler’s aid: the priest and the woman known as the sinner, a local woman who was said to be the priest’s unmarried mother.

The next morning, before setting out again on the road to Compostela, the pilgrim exclaimed: ‘Let Isoba sink, except for the priest’s house and the sinner’s house!’ Suddenly, a torrent of water descended from the mountains and flooded the village. Only two houses were left standing. This, the story goes, is how the lake of Isoba was born.

Isoba, the last village of León 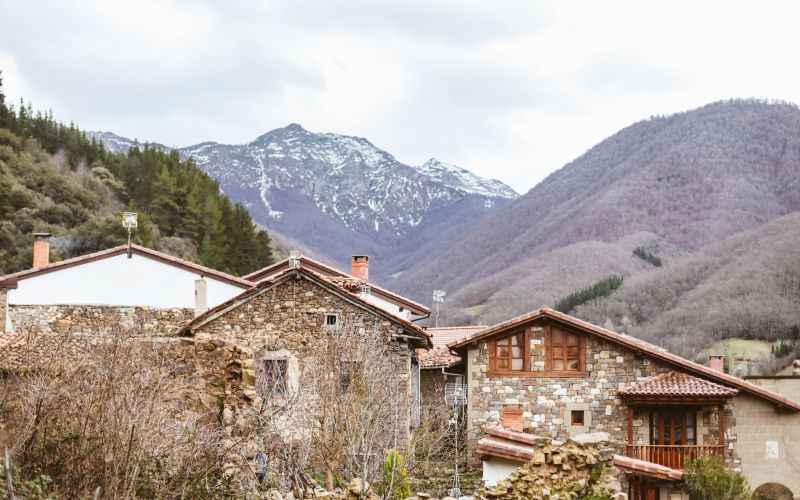 Village of Isoba with the Picos de Europa in the background. | Shutterstock

Luckily, the village never actually sank. Its few small houses, as well as its church, are still standing with only about 14 permanent inhabitants. Isoba extends to the entrance of the port of San Isidro, where the ski resort is a tourist attraction during winter. It is also the last village in León before moving on to the Asturian area.

In spite of the transit of tourists in the months of operation of the San Isidro ski resort, the lifestyle of the village remains stuck in time. Thus, livestock remains the main economic activity in the area. In addition, near Isoba it is not only possible to visit the lake of the same name. The Ausente Lake or the lagoons of the Haza Valley also offer beautiful and natural destinations. Of course, there is also hiking.

The route to the lake of Isoba

To visit the glacial lake, it is not necessary to take any route. It is also possible to go by car, as you can park near the LE-332 road. However, for those who prefer to enjoy a little more of the landscape there is the option of walking through the PR-LE 17 route marked with beacons, which consists of about 12 kilometers in total and a low difficulty.

The trail begins in the municipality of Puebla de Lillo, 70 kilometers from the provincial capital. It is necessary to take the road that leads to the water reservoirs. Then, nature assaults the visitor everywhere. First, the hiker walks among the trees of the oak forest of Polvoredo until reaching the Alto de la Vega del Silván river, an must-stop. The path continues between rocks, mountains and breathtaking landscapes. On these borders you can see the remains of the old talc mines of San Andrés, which were exploited between the 1920s and 1990s. 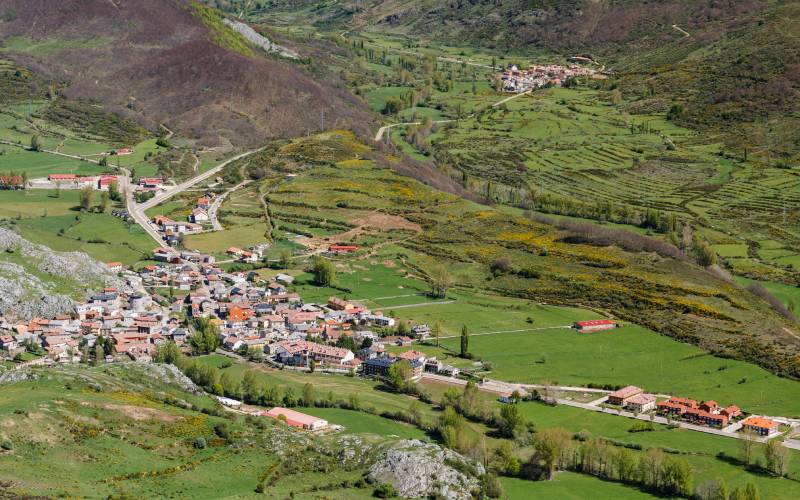 Already towards the end, after crossing the west side of the peak of Peña Niales, the lake of Isoba extends like a beautiful trophy to the walker. Suddenly, on the shores of the pond something begins to move among the vegetation. They are the frogs that jump from one side to the other in a symphony of voices that announce the end of the route.

Castile and León, lakes, León, nature
It may interest you...