We find a Puente del Diablo (devil’s bridge) in practically every region. Not only in Spain, but in the whole world. It is one of the most common denominations, used on hundreds of times to refer to these beautiful, practical and historical constructions. Many of these bridges associated with Lucifer have. In addition, a great legend that goes with their existence.

Although northern Spain has countless legends and tales, in this case reality far outweighs fiction. The Puente del Diablo of Santander is not linked to any legend, although it has been the scene of many folktales in the area. And it is, within this wide range of evil bridges to choose from, one of the most curious. Actually, it should be said that it was one of the most curious, as it ceased to exist a decade ago. Work of the Devil? 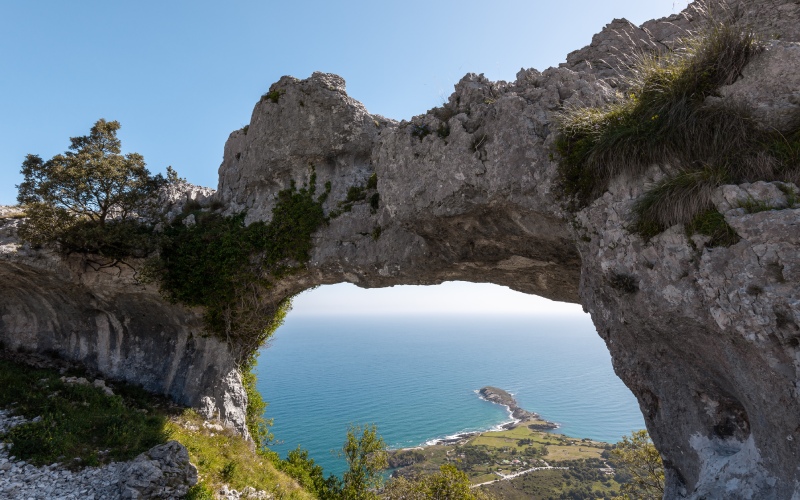 The collapse that followed the abandonment

A work of, in fact, nature itself. This Puente del Diablo was a natural formation located on the cliffs of Cueto. It could be seen before entering the bay of Santander. It was the effect of the waves on the limestone rock that caused this place to take the improvised form of a real bridge that, in fact, was used as such.

And it was also the nature that shaped it that ended its existence. The force of the wind and the waves caused it to collapse in the winter of a decade ago. The rocks that formed it can still be seen under the space left by its formation.

It was also caused by human negligence. For some time, many years ago, the neighbors had denounced its abandonment and proclaimed the need to preserve it. Nothing was done, so the bridge collapsed. It remains in the collective memory as one of the most beautiful natural forms in the history of Cantabria.

cantabria, cliffs, nature, Santander, sea
It may interest you...