The cave of El Soplao is located in the municipalities of Herrerías, Valdáliga and Rionansa, in the extensive and green Sierra de Arnero in Cantabria. In this community there are more than 6,000 recognized caves. It is a unique cavity, of great geological value thanks to the quality and quantity of its eccentric formations, with unusual formations such as helictites. However, it also stands out for its valuable heritage of industrial mining archaeology.

Very close by is the Rábago/El Soplao paleontological site, where dinosaur enthusiasts can see insect fossils, arachnids and other arthropods trapped in amber. Towns such as San Vicente de la Barquera, Santillana del Mar with the Altamira Cave, Potes or Comillas serve as a base for visiting the hollow. A very peculiar enclave that also offers spectacular views of the Picos de Europa. 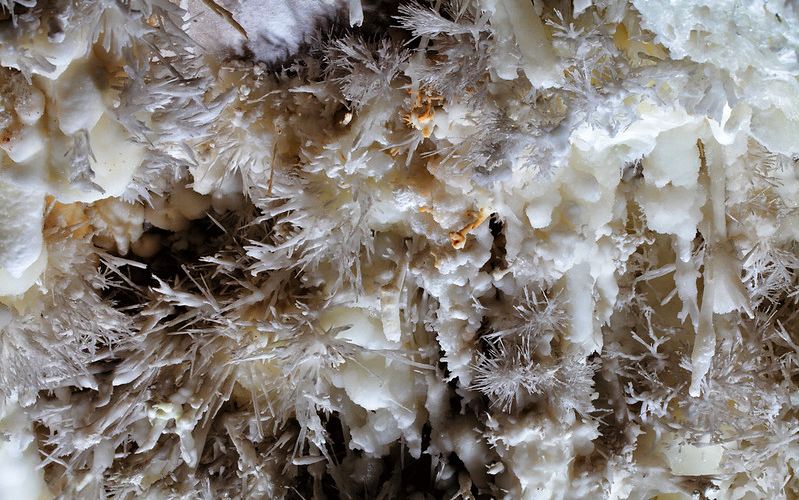 The cave was discovered by chance in 1908 by members of the Grupo Minero de La Florida when they excavated the La Isidra tunnel, which would start the underground progress of the exploitation. The network of natural galleries was quickly used as a means of communication between the different work areas, transporting people and ore. It also helped to provide oxygen to the mining galleries. Fortunately, the cave and its formations were largely respected. The cave owes its name to the mining term that alludes to the air that can be perceived when a new gallery is cut, the cavities that created strong air currents. 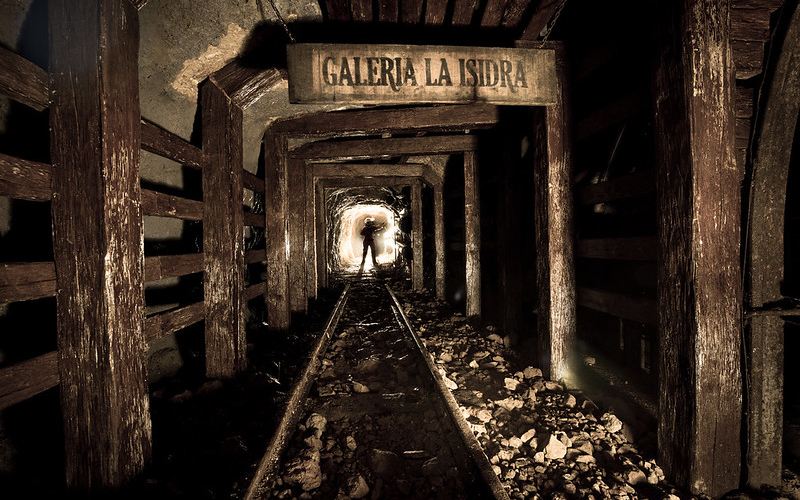 Once the exploitation period was over and after years of abandonment, the cave was rediscovered by the Speleo Club Cántabro in 1975. The origin of the cave must be in the Mesozoic, some 240 million years ago. In 2005, it was opened to the public and fully equipped for visitors. Later, in 2019, an underground via ferrata was completed, allowing visitors to discover its mining heritage.

The exceptional formations of El Soplao 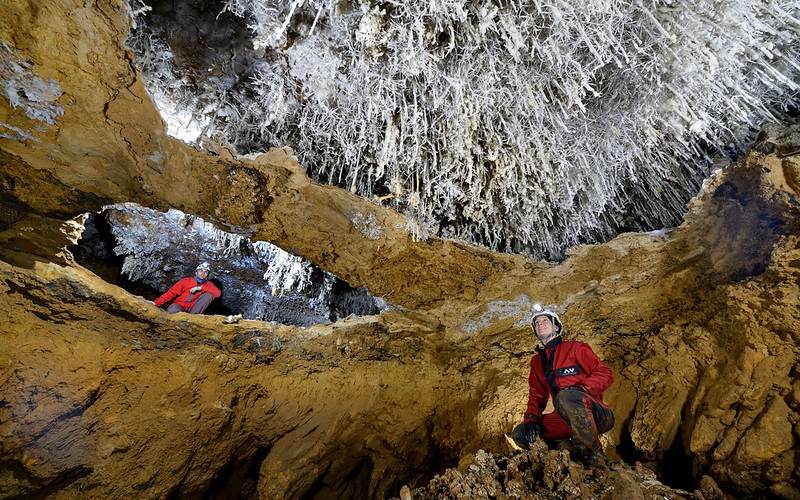 The initial access is through a mining train that, after 400 meters, leads to the first gallery where it is possible to enjoy roofs full of limestone helictites. In the middle of a large network of caves arranged on different levels, various spaces can be found. The gallery of the ghosts, for example, is more than 300 meters long. There it is possible to observe large white stalagmites that look like ghosts. 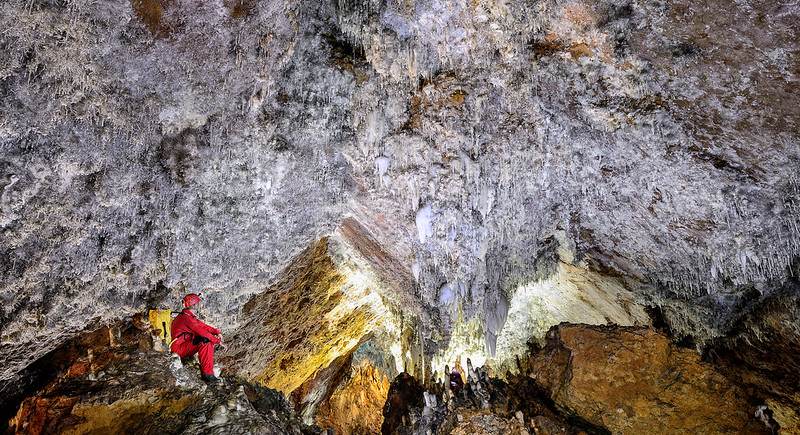 Beyond that, aragonites, stalactites and elliptical or eccentric stalagmites generate a wide variety of sensory games, from light to smell. We must not forget the pisolites or pearls of the caves; which appear in group formations as if they were nests. Thus, it is one of the most spectacular in the country next to the Cave of Wonders, the cave of Sant Josep or the cave of Nerja. 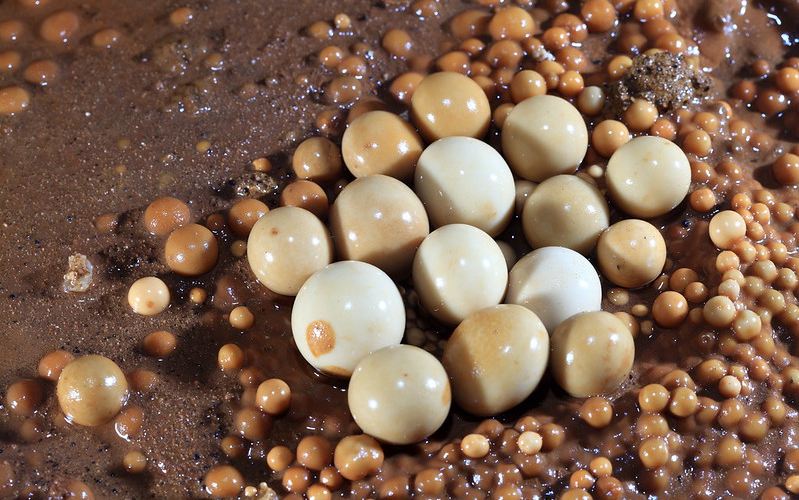 Special mention should be made of the false floor, an area considered as the Sistine Chapel of the underground world. An impressive view, more with the accompanying sound and light setting. Finally, it is worth mentioning the discoveries of amber and blue amber speleothems from the Cretaceous Era that are still preserved. A sort of small biological treasure chests with insects and other vermin.

The different ways to discover the cave of El Soplao 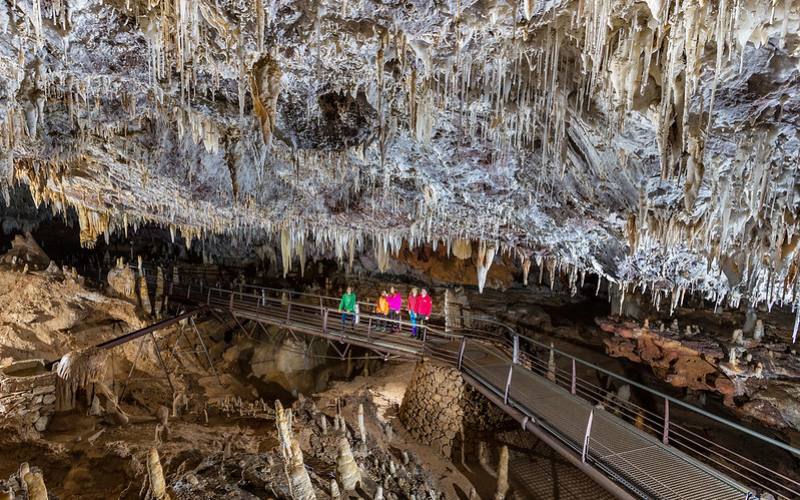 The Soplao offers different routes so that it is accessible to everyone. These range from a conventional visit to an extreme experience. It is more than 20 kilometres long, with four of them open to the public. For this reason there are an infinite number of galleries that allow for three types of visit. 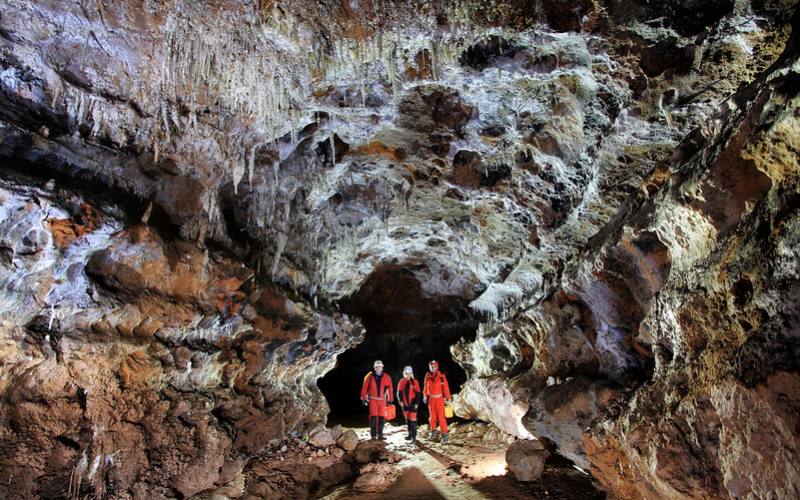 The guided tour is accessible to everyone. You are always accompanied by a guide who will explain the history and importance of the environment. Meanwhile, there is also an alternative of geological and speleological adventure. This offers a tour of about three kilometers in two and a half hours. It is necessary to wear boots, overalls, a helmet, lights and warm clothes. Thanks to this, the cave is known both through simple sections combined with others that will require the help of railings or stairs. 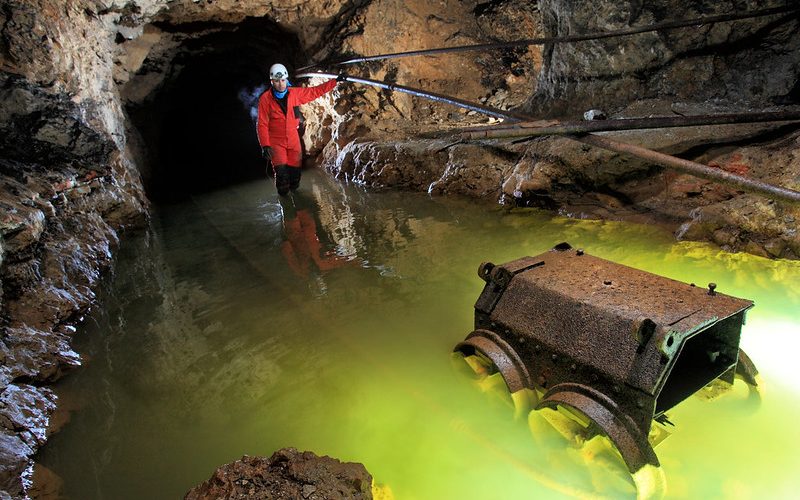 Finally, there is the mining tour. It includes an underground via ferrata of two kilometers in length and different levels of difficulty. Although it does not require previous knowledge of caving; it is not recommended for minors and requires a relative physical form.