Curious hikers walk under the night sky across a lunar landscape. They almost touch the sky and, if they stand on tiptoe, they seem to be able to catch a star. The feeling is similar to landing on another planet and wandering it in search of the unknown. The Universe is shown here in all its splendor, mysterious. Suddenly, the picture of a giant telescope appears in the middle of nowhere. White, great and majestic, the Roque de los Muchachos Observatory blocks the way to hikers.

Located at an altitude of 2,426 meters above sea level, this observatory is one of the most complete and important astrophysical complexes in the world. A giant that watches over what is considered the cleanest sky in the Northern Hemisphere and the most suitable for astronomical observation. 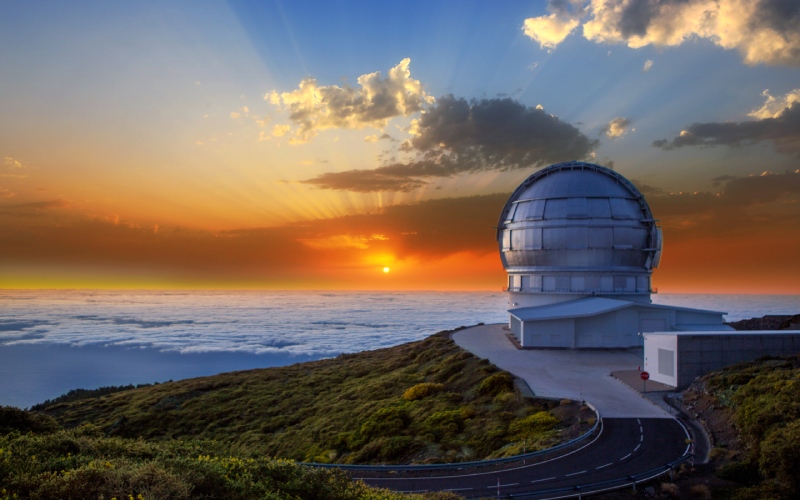 Sunset over the sea of clouds that covers La Palma. | Shutterstock

La Palma, or La Isla Bonita as it is known, is one of the most privileged places for stargazing. Under the light cast by the Milky Way, is the Roque de los Muchachos, the highest point of the island. From here, the great Caldera de Taburiente is located to anyone who looks at the viewpoint. Dizzying views that give the feeling of walking on the clouds that cover the island.

The Roque de los Muchachos Observatory has the honor of having the largest optical and infrared telescope in the world: the Gran Telescopio de Canarias (GTC). In 1987 the Institute of Astrophysics of the Canary Islands (IAC, for its acronym in Spanish) carried out the project of opening this infrastructure, which meant great advances in technology and astrophysics. This opened up endless possibilities in astronomical research and the observatory complex attracted the large telescopes of the future. It also captivated a new generation of telescopes designed for the study of the gamma-ray universe. Not surprisingly, major advances in astronomy have been made at this observatory, such as the confirmation of the existence of black holes.

Where the earth meets the universe 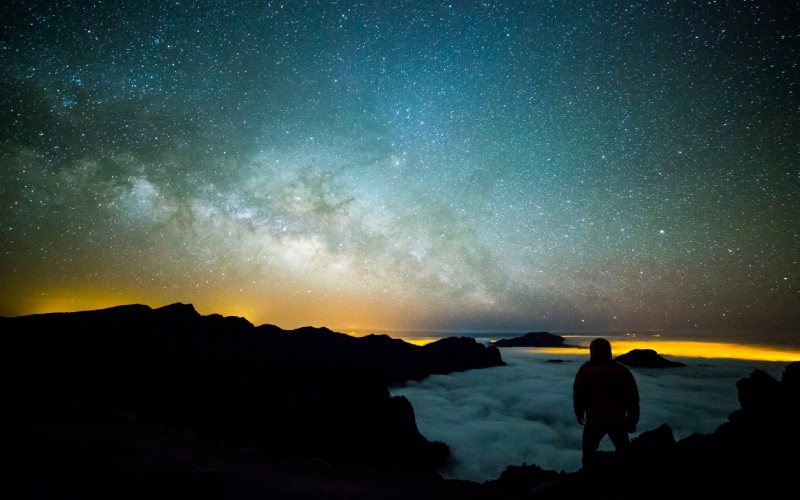 The Milky Way in all its splendor over the Roque de los Muchachos. | Shutterstock

Between February and March, the peak of the Roque de los Muchachos is covered with a white mantle that leaves a Siberian landscape almost impossible to imagine considering the privileged climate of the Canary Islands. The visits to the observatory throughout the year are many. Thousands of curious tourists come to the Roque to visit the inside of the facilities and receive quality information about the observatory. Thanks to guided tours and the help of organizations such as the Starlight Foundation, visitors are made aware of the importance of protecting the skies as a scientific and cultural heritage. The tours are organized in small groups of people and a special permit is required to visit the facilities. However, a trip to the area is always a good idea to enjoy the unique landscape of the Roque de los Muchachos. The sunsets, without a doubt, are incredible.

The Canary Islands passed the so-called Sky Law in 1988, a very significant step for the conservation of the skies in Spain. This law began to consider light pollution as an environmental issue and, therefore, allowed the application of measures for its protection. It was thus the first country to create a law of this type for the protection of the skies. However, it had international repercussions and was very innovative, as well as the most complete one ever created. 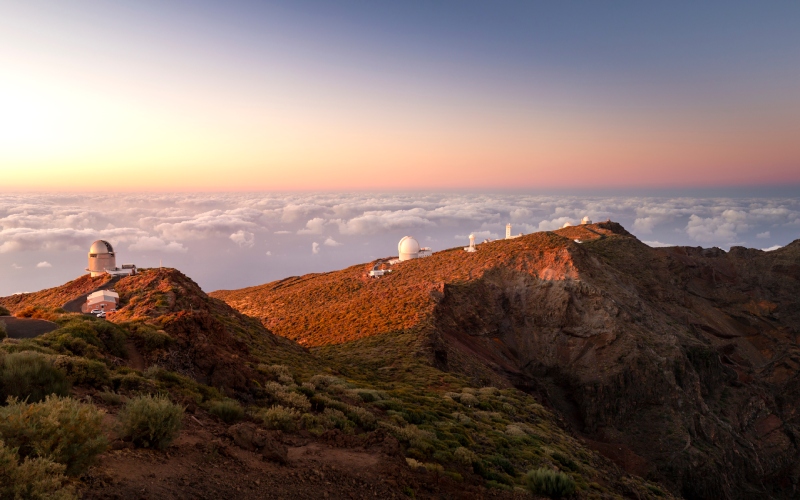 The unique characteristics for stargazing made that, in 2012, La Palma was chosen as a Starlight Tourist Destination, thus being the first reserve worldwide. In 2007 a conference was held in which the Astrophysical Institute of the Canary Islands, together with UNESCO, signed the Declaration on the defense of the night sky and the right to starlight on the island of La Palma, in order to protect its skies.

The island of La Palma was visited by four well-known stargazers who, attracted by the sky of the Canary Island, decided to make a jump from an aircraft to pay homage to the Perseids and the sky of La Palma. The Norwegian Jokke Sommer, the Austrians Marco Waltenspiel and Georg Lettner, and the Spaniard Armando del Rey starred in this jump and merged with the Tears of San Lorenzo dressed in LED suits in an experience that, according to Jokke, seemed like a video game.

The sky of this island is, without a doubt, a unique and privileged place to contemplate stars, where everything seems possible and dreams become true. Here, noise and light pollution do not reach. And it seems that, instead of walking, you fly.