Lobos Island is unknown to many, but it hides wonders. Despite being so small, it has a very important ecological value in the Canary Islands archipelago. Located to the north of the island of Fuerteventura, this islet can be reached in just 15 minutes by boat. A hidden treasure of the Canary Islands that will hardly leave anyone who visits it indifferent.

The sea lions named this islet

The Lobos Island owes its name to the monk seals, also known as sea lions. These beautiful animals inhabited its coastline until recent times. The island is only 4.5 square kilometres in size and can be visited in a single day, but it is very diverse.

Even then, the Canarian realised the immense value of this volcanic islet. But its seabed is no exception. For this reason, it was declared a Natural Park in 1982. In addition, visitor access to the island of Lobos was recently restricted, in 2019. Due to the large number of tourists interested in this island, the authorities restricted the access to 400 people per day and established morning and afternoon visiting hours. 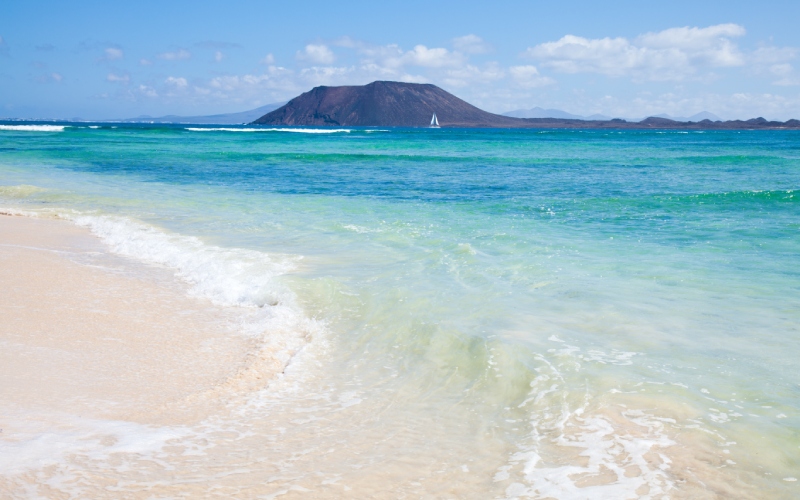 A small recommendation is to book a trip with a ferry or boat company and ask for the access permit. This is because, although it is necessary to go to Lobos Island, most companies include it. A quick pass from Corralejo, cheap and with unique views. Once there, renting a bike is a good option, but you can also discover the islet on foot. 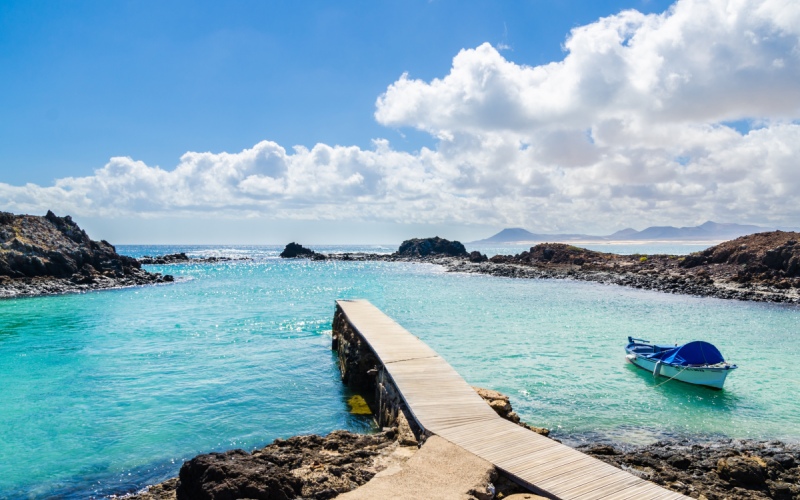 Walkway in the lagoon of Lobos Island | Shutterstock

If you’re looking for pure, crystal clear water to dive in, this is the place to be. With its famous lagoon and easily accessible coastline, there are some real treasures to be discovered in these waters. The volcanic rock formation that surrounds this small lagoon allows you to enjoy a calm sea, flooded with fish that will join you during the visit. The walkway of this lagoon is very photogenic, so it is a must-see to capture the moment and, years later, be able to remember the magical feeling of walking around the Lobos Island.