Getxo is a town located on the right bank of the Nervion River, home to much of the industrial bourgeoisie since the early twentieth century. For the past century, it is known as one of the places with the highest quality of life in Spain.

Plan your visit to Getxo

The tour of the beautiful avenues, walks and beaches from the Hanging Bridge of Las Arenas, to the fort of La Galea may require a full day of visit; being a foreign tour that involves several kilometers, it can be done by car with several stops, bike or even on foot (returning by bus to Las Arenas). There is a marina in Getxo with various active tourism opportunities, as well as interesting surroundings, such as Portugalete (across the river) and Plencia. A few kilometers down estuary is Bilbao, with its historic right bank and modern left bank. There are many good places to sleep and eat in Getxo.

The town of Getxo is situated in the Bay of Abra, on the Bilbao estuary, and is home to several well-known neighborhoods. These are Las Arenas, Algorta, Santa María de Getxo, Neguri and Romo.

Since the sixteenth century, the parish of Santa Maria de Getxo sent a representative to fill the seat modest number 47 of the House of Gernika. It was a small village where farmers who tilled land coexisted with fishermen who caught prey from its small port.

In the seventeenth century, sailors would compete in the four localities of Abra de Bilbao: Portugalete, Ziéreana, Santurtzi and Getxo. The first to sail across would would get a prize.

In 1887 a railroad was built to Bilbao, and in 1893 the Vizcaya Bridge (Suspension Bridge), an extraordinary metal structure, opened with a movable nacelle, facilitating communicating from the left and right margins of the river.

The beauty of the place, its wholesomeness and good communications in 1904 led Neguri, a small “garden city,” to be built with its own railway station between Las Arenas and Algorta. 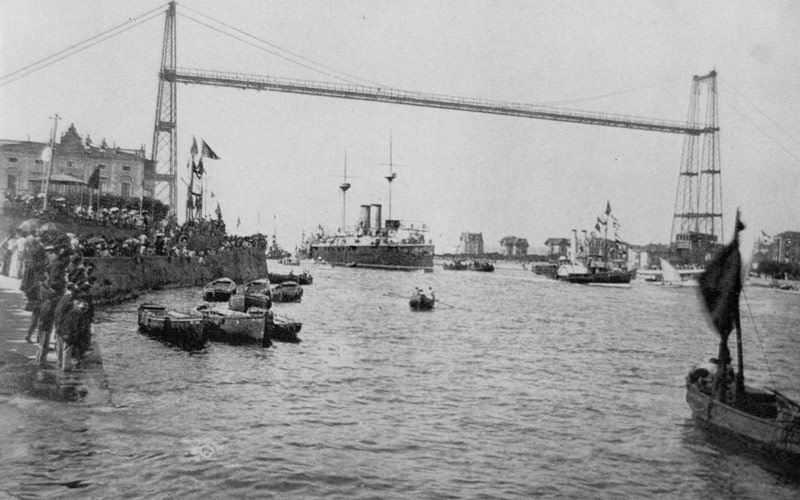 The bourgeoisie also intervened in politics turning this town into one of the most affluent and influential country. envied opulence that had dramatic consequences for two historical periods: at the beginning of the war in 1936, when more than a hundred residents of right-wing ideology were killed in prisons and prison ships moored in the estuary; and, from 1937, when the residents of Basque nationalist ideology were dispossessed of their property, fined and expelled from sports clubs and commercial companies, exiling many of them. Also, between 1973 and 2010, residents of españolista ideology were extorted by the ETA terrorist group, which kidnapped, murdered or attempted to bomb properties who refused to pay them. Therefore, more than a thousand of its inhabitants migrated to other parts of Spain.

What to see in Getxo

The tour can start at the Vizcaya Bridge or Hanging Bridge (1893), which necessarily must see in Getxo, a ferry bridge only iron of its kind that links Las Arenas with Portugalete, and was built as a bridge that did not prevent transit of vessels of high masts from the Altos Hornos. It is recommended to make the outward journey ascending to the top of it by the panoramic lift and crossing the walkway that goes top of the bridge (50 meters high). There you can enjoy a magnificent view of Getxo, Portugalete, the river and the Abra. The return can be done in the nacelle by hundreds of people and vehicles cross the river at this monument. It was declared a World Heritage Site by UNESCO in 2006.

Already in Arenas, from the Suspension Bridge Square off Main Street, which separates the neighborhoods of Santa Ana and Las Arenas. On the left side of the bridge you can visit the Monument to Evaristo Churruca (one of the great benefactors of Biscay and dock builder that bears his name), symbolizing man’s struggle with the sea. From this one you can start a walk on the pier of Las Arenas, Neguri direction. It is recommended that this ride in one of the rental bikes that you can get around and stop at one of the 12 stalls located throughout the municipality. 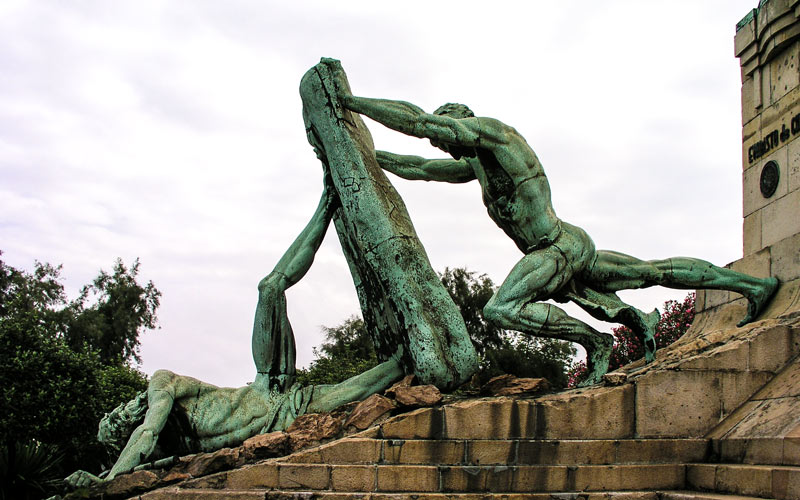 One of the first buildings you can find the visitor is the Club Marítimo del Abra, heir to the French-style building that was erected in 1868 and was set on fire by ETA in 1973. Its concrete structure itself resisted a new attack with van -Pump in 2008. from there, visitors can follow the call Paseo de las Grandes Villas, indicated by panels explaining the history of the mansion made famous in Getxo. Among the luxurious mansions you can highlight the Lezama-Leguizamón Palace, regionalist style and Arriluce, with its aspect of English medieval castle. We will also pass next to the galleries of Punta Begoña a terrace balustered adapted to the geography of the coast that sought to contain the side of Arriluze in the garden of the house of Horacio Echevarrieta, one of the most prestigious members of the Basque bourgeoisie.

On the hill, at the end of the pier, begins Neguri. It is advisable to surround this neighborhood along the promenade of the coast-leaving left the Aquarium and the port deportivo- to reach the beach of Ereaga, finishing the journey in the monuments of Puerto Viejo de Algorta, place of invention of kalimotxo and ideal area to take a few pintxos or lunch. The return can be done by visiting the center of Algorta, for what should take the panoramic lift Ereaga. From there you can take a walk a couple of kilometers from the mansions that brought fame to Algorta and Neguri. To do Basagoiti Avenue is walking to the park and the church of San Ignacio (1878-1892), where just the neighborhood and begins Neguri Algorta, then down the Avenue of Algorta to Plaza de la Marina de Castilla and from this stroll through the grove to the left Zugazarte avenue to the dock of Las Arenas, where the walk started and where we can return the bike. In Zugazarte Avenue, full of gardens and woodlands, you can see other bourgeois buildings such as the Palacio de Churruca (1929) by Manuel Maria Smith. 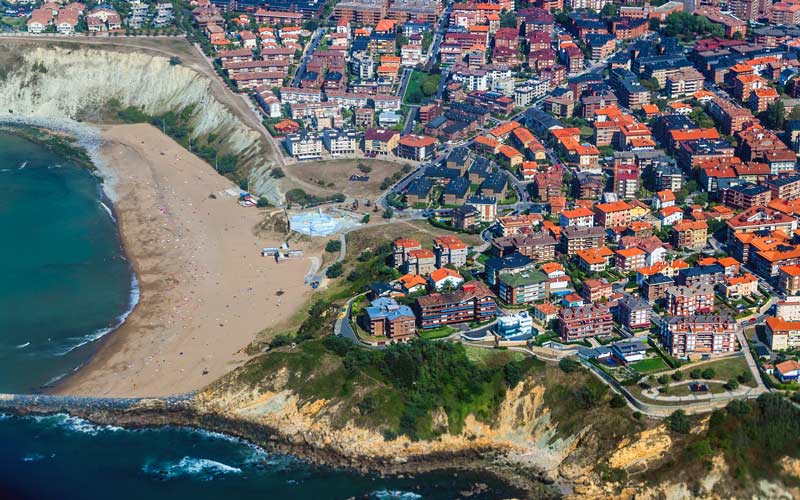 The Galea and Getxo

If one is not a great cyclist it is better to go by car or bus to the east end of town, crossing the aforementioned neighborhoods and the old town of Getxo to reach the La Galea, on whose end is Fort La Prince or Galea Castillo (1742). After enjoying the wonderful views of Abra and back, you can visit veering to the left, the Cemetery of La Galea, where you can find some of the most important funerary sculptural ensembles of Spain. Among those who are declared of cultural interest are the Pantheon Gáldiz Hormaechea, Egyptian Revival architecture with ceramics designed by the painter Aurelio Arteta bandstand, the Crypt of the Echevarrieta Familia, a masterpiece of the sculptor Paco Durrio, Pantheon sculptor García de Salazar and Panteones Basagoiti families and Salvadora Cortina, the latter in the form of a cave. 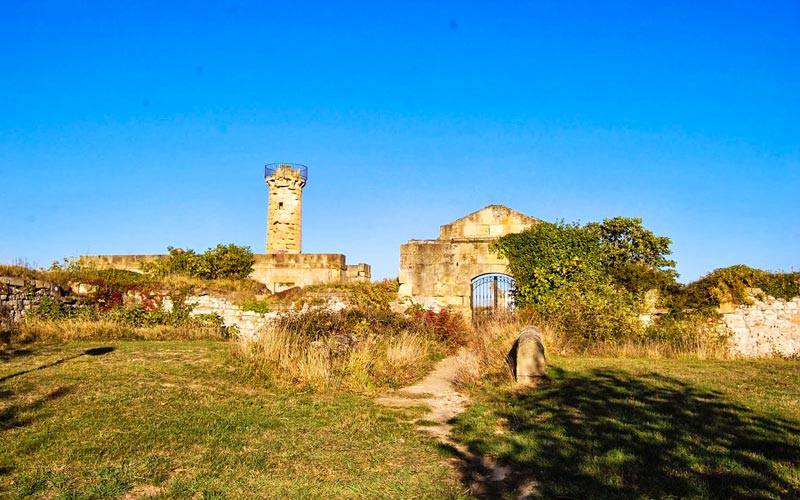 Back towards the city center you can see right Aixerrota the old mill, now Cubita restaurant. 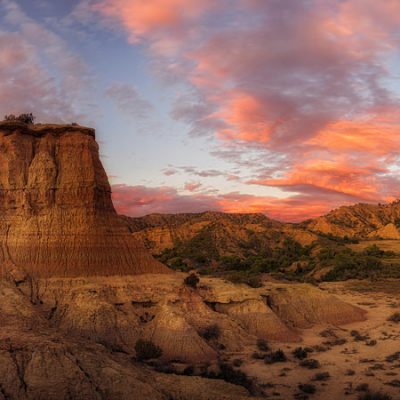 Are you ready to explore the most impressive Spanish deserts?...
>> More information

There is always something to discover in Madrid, so getting...
>> More information 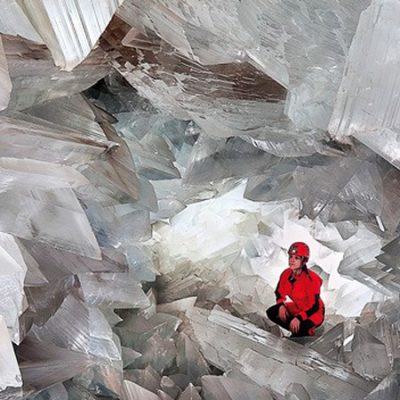 The lands of southern Spain have a very rich and...
>> More information