From May 17th to may 21st of 2018, you have an appointment in Gipuzkoa. We are talking about Pasaia Maritime Festival, a unique event in the area that combines the art of navigation with gastronomy and music.

Those days are destinated to spread the maritime culture. In Pasaia bay, a meeting among traditional ships from different points of Europe is going to take place for the first time. One of the attractions of the Pasaia Maritime Festival is the presentation of l’Herminone, the spectacular replica of the historic French ship that is doing a stop in the town. Galicia is the guest of honor of the event and there will be lots of activities: in land and in the sea. That is, there is going to be two areas: the water area, where traditional ships are going to be; and the shore area: with “villages” that are going to be the scenes of multiple cultural and gastronomic activities, an interesting proposal because Pasaia is a perfect place to eat.

In this first edition of the Pasaia Maritime Festival, it expects to give a boost to the tourist positioning of the bay. It has been created in a similar way, regarding style and contents, to other successful initiatives celebrated in Europe like the Brest or the Morbihan. It wants to attract organizations and representatives from other maritime cultures from all over the world to make the area the centre of the European maritime heritage. Izaskun Gómez, the mayor of Pasaia, declares that local organizations threw themselves into the iniciative to achieve these objectives.

The headline moment of the Pasaia Maritime Festival is the landing of L’Hermione, a ship constructed with handmade techniques in the Rochefort shipyard, according to the blueprints of the ship used by the Marquis de Lafayette when he went to the United States of America to contribute to the US independent struggle. It has been centuries since a ship of these characteristics, sailing exclusively by sail, entered through the narrow passage that connects the sea with the bay; a moment that will give rooms to a spectacular image. Its landing will be on Thursday 17th, approximately, between 18:00-20:00 hours, depending on the weather. Because of this, we recommend to wait on the heights of both sides of the passage to contemplate the entrance of the ship. Depending on the wind’s condition of those days, the landing can get complicated, requiring even the help of the piloting service (the forecast announces scarce wind). It will be exciting.

Other attractions of the Pasaia Maritime Festival are the regattas of traditional ships that are going to take place on 19th and 20th in the bay. Naturally, big sailing boats cannot participate because it would be impossible for them to maneuver in a regatta; the participants will be the smallest sailing boats and the rowing vessels. Some of these traditional little vessels will even go sailing from their points of origin, like in the case of the vessels that belong to “Batel Eroak” association that go from Zumaia with the sailing boat called Mowgli.

During these days, in Pasaia Donibane it is going to be celebrated in the Kulturgunea building, a conference where the knowledge about the use of wood as a constructive material in navigation will be reviewed, an issue in which the aforementioned Albaola Factory (where Nao San Juan from the 16th century is been rebuilt with a similar approach to the Hermione’s one) is a reference. During the whole days, guided visits to this beautiful town and exhibitions about the local history will be offered as well as visits to the building where the French writer Victor Hugo lived. Other activities in Pasaia Donibane are the exhibition of the Basque maritime heritage, craftwork markets and tasting sessions of Basque products. On Saturday and Sunday, there are going to be bertsolaris (improvised poets) concerts and ball games matches too.

The numerous festive activities, the free concerts and the atmosphere provided by the hundreds of traditional vessels sailors that will participate, predict a very entertaining meeting.

We already know some of the artists that will perform in this big event, although the organizing committee has claimed that “there will be some last minutes surprises”. Kiko Veneno will be in charge of opening the event with his concert on may 17th in Arraunlari de San Pedro Street. Next day, Anne Etchegoyen and Maika Makovski will sing in Bizkaia de Donibane Square (San Juan). On Saturday, it will be celebrated the most multitudinous concert in Trintxerpe (it is expected that approximately 5,000 people will go), with Morcheeba and its singer Skye Edward and the local groups Rural Zombies and Iñigo Serrulla. This last artist has been selected to the Katapulta Tour Gipuzkoa circuit that the council promotes.

Pasaia is located in the east coast of Gipuzkoa, situated between San Sebastián and Hondarribia. It is composed by of four nucleous of population: Donibane and San Pedro, towns with maritime flavours, that are in clear contrast with Pasai Antxo and Trintxerpe, both with a more urban environment.

Among other aspects, Pasaia stands out for its extensive cultural heritage. Thus, most of the buildings of interest are concentrated in Pasai Donibane and San Pedro, which have one of the most picturesque historical centres of Gipuzkoa. These two locations, separated by the bay, are well communicated by a motor boat that crosses the Abra River or by the road that surrounds it, passing through Lezo. 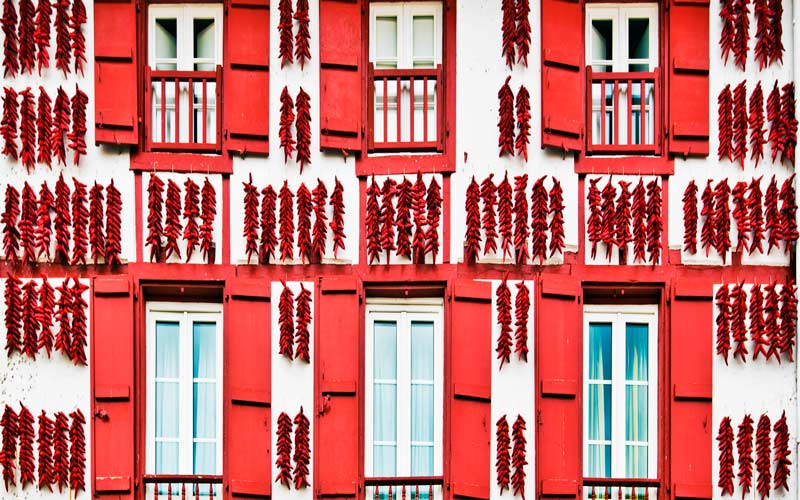