Walking the Camí de Cavalls is, without a doubt, one of the best ways to discover all the secrets of the island of Menorca in the Balearic Islands. This island, declared a Biosphere Reserve in 1993, shows a great historical, cultural and gastronomic richness. Different nuances that are as you go along unveiled this path of the 14th century.

An ancient beginning, a current demand 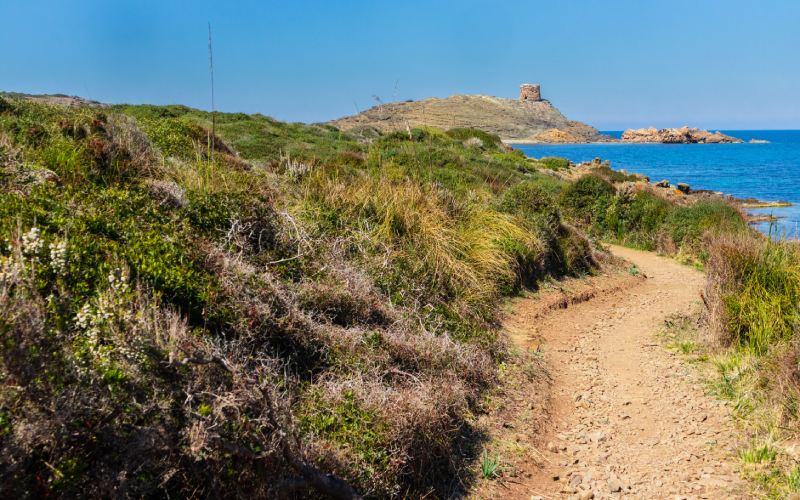 Camí de Cavalls, with a defense tower in the background. | Shutterstock

The Camí de Cavalls finds its origin in the times of Jaume II, during the 14th century, who established that the knights should preserve the whole island and its inhabitants from a more than possible attack by sea. The current path is the result of that royal order and continued to be documented in later times when it was used strategically during the English and French dominations of the 18th century. In 1736 it was already considered a ‘royal road’ and therefore it was necessary to keep it clean. This is how it continued to be done in the following centuries.

The recovery and reopening of the current trail is the result of the demands of the inhabitants of Menorca. They insisted, at the time, on recovering an important part of their historical, social and cultural past. Since 1996, there have been a succession of protests and popular pressures that culminated in 2000 with the enactment of the Llei del Camí de Cavalls (Law of the Camí de Cavalls). From then on, the Special Plan established its route and obtained the necessary agreements and expropriations of private properties to be able to carry out the right of way. In 2010 it was inaugurated as a public path and was included in the European Long Distance Routes with the reference GR223.

A challenge of 20 stages 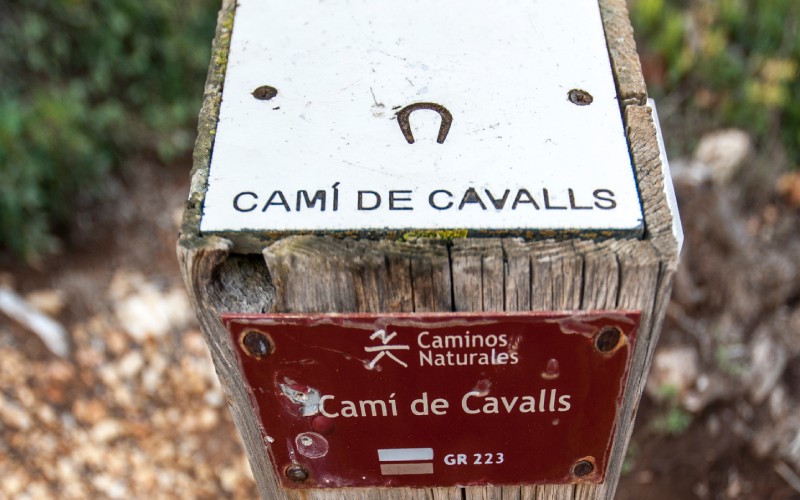 With a total of 185 kilometers this ‘Gran Recorrido’ goes around Menorca and allows you to enjoy the great variety of the island’s landscape. From beaches with turquoise blue waters to rural areas and even urban stretches such as Maó or Ciutadella, the trail reveals the contrast between one place and another. Since 2010, it is possible to walk it on foot, by bicycle and for the more adventurous, on horseback. As it is circular, you can start anywhere, but the 0 point is the port of Maò, in the Curlàrsega. A series of stakes mark the route and there are also information panels at the beginning of each stage, which makes it easy to follow. 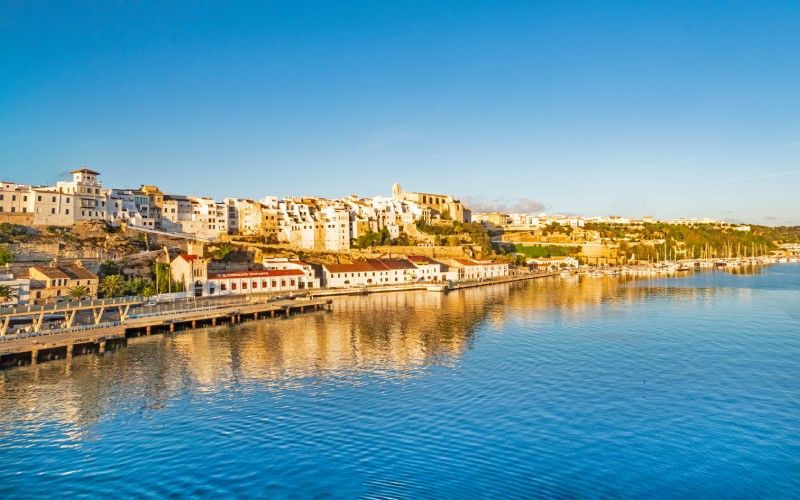 Official starting point of the Camí de Cavalls, Maó is also the capital of this wonderful island. In this first stage the route passes by some beautiful coves such as Macar de Binillautí or the Natural Park of s’Albufera des Grau. Landscapes sculpted by the tramontana wind and salt. 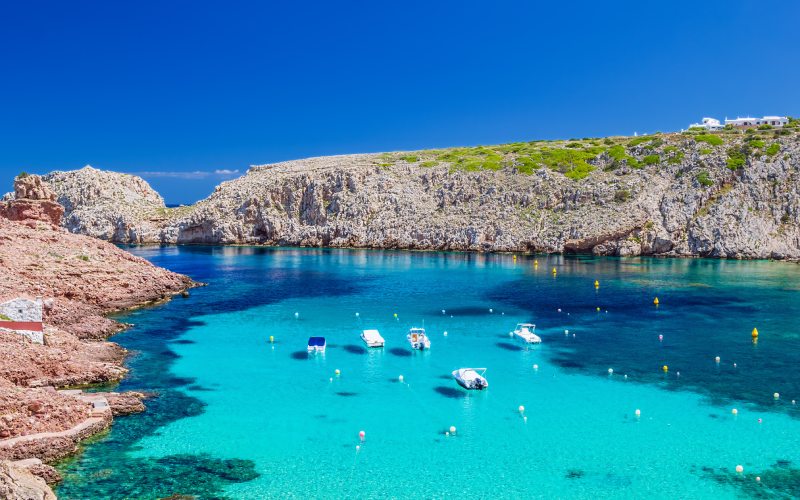 The feelings when crossing the Biosphere Reserve are intense. Also, an excuse to discover the environmental values that make Menorca a totally exceptional place. In this section you can enjoy the coves of Sa Torreta and Morell. 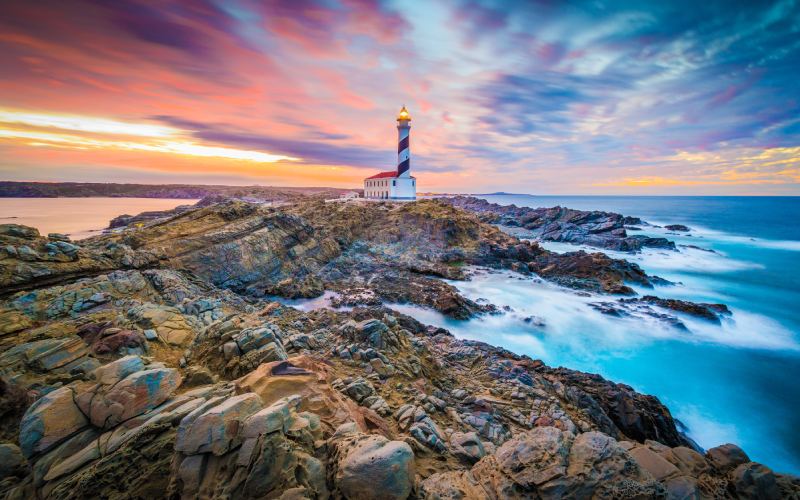 Sunset at the Favaritx lighthouse. | Shutterstock

In the middle of the north coast, the route begins at the lighthouse of Favàritx, with dark rocks and sparse vegetation. Crossing farmland you will reach the Pou d’en Caldes that will guide you inland, finally arriving at the port of Addaia, an important point for birdwatching. 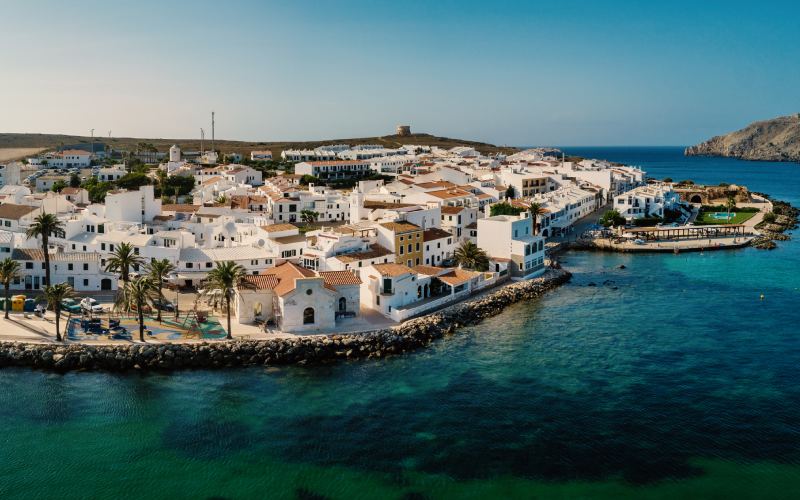 This section has little difficulty and starts at the Punta de s’Arenal d’en Castell, passing through the urbanization of Son Parc, it will lead to the beach of Son Saura. Further on, the wooded area of s’Albufera des Compte will present visitors with a great variety of plants. On the way, the remains of the paleochristian basilica of Cap des Port de Fornells. Once the salt marshes are abandoned, they give way to the small fishing village of Fornells and its 19th century defense tower. 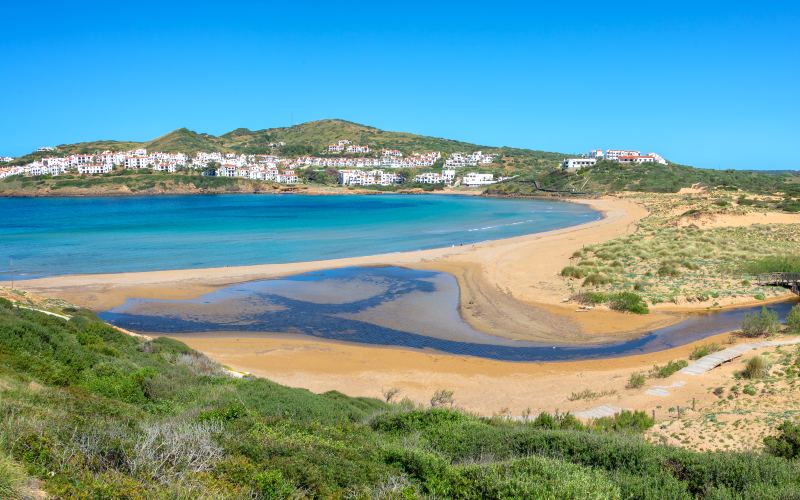 This is one of the best preserved areas of the entire coastline. Declared by the European Union as a Site of Community Importance and Special Protection Area for Birds. It runs along the beaches of Tirant, Cavallería and Benimel-là. It is worth mentioning that it passes very close to the archaeological site of the Roman city of Sanicera. 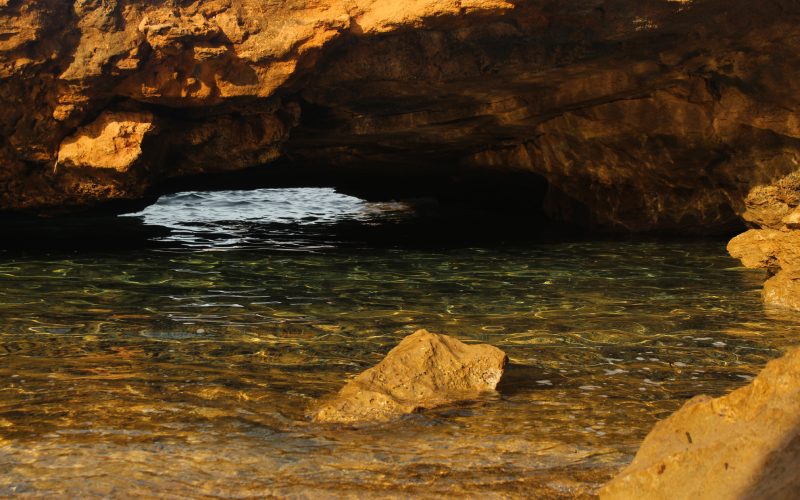 Entrance to a cave on the beach of Binimel-là. | Shutterstock

This stage runs through one of the most rugged areas of the north coast and a totally unspoiled stretch of coastline. Pregonda cove, Barril cove and Calderer cove are some of its main attractions. 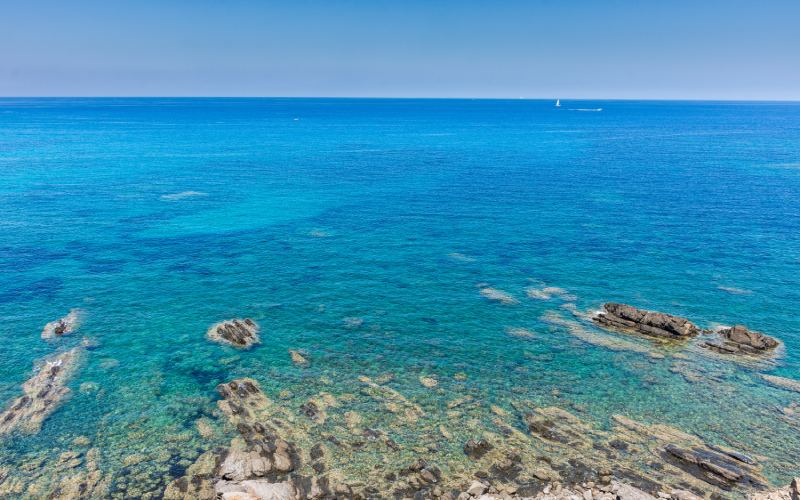 This stage is clearly characterized by the diversity of its habitats. On the one hand, the crystalline waters of the Macar del Alocs of a wonderful marine blue. On the other hand, the reddish color of the stumps and the yellow of the sand. 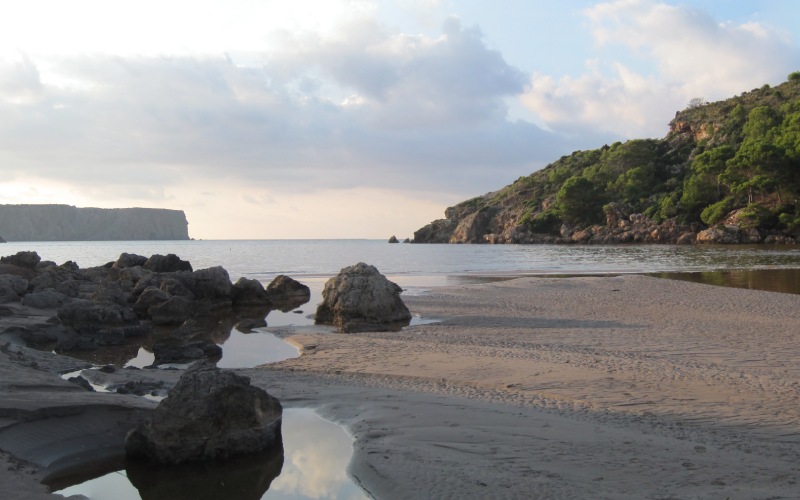 In this stretch of crossing you will pass from the area dominated by the tramontana to what is known as the dry Menorca. The wooded vegetation of Vall d’Algaiarens and the cove of Ses Fontanelles reaches Calar Morell where a necropolis from the Talayotic period carved into the rock stands out. 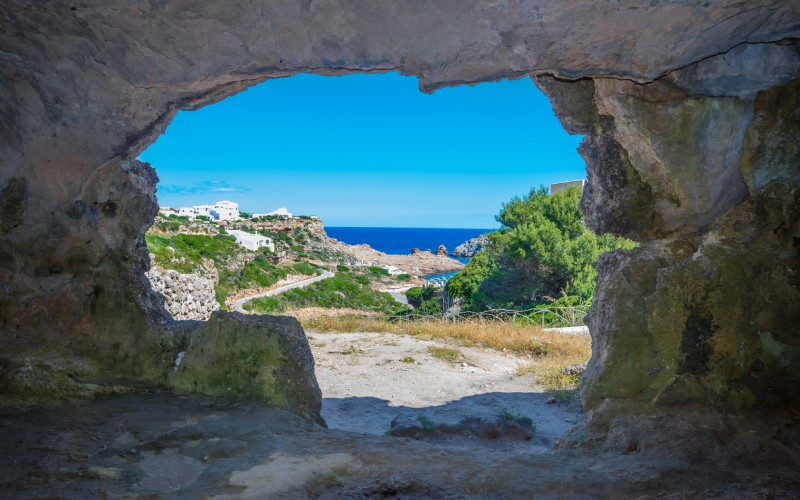 Area shaped by the tramontana and where there are different lighthouses that indicate to the boats the proximity of cliffs. In general Menorca enjoys a fairly flat profile, but just this area of Morell has a steep landscape. 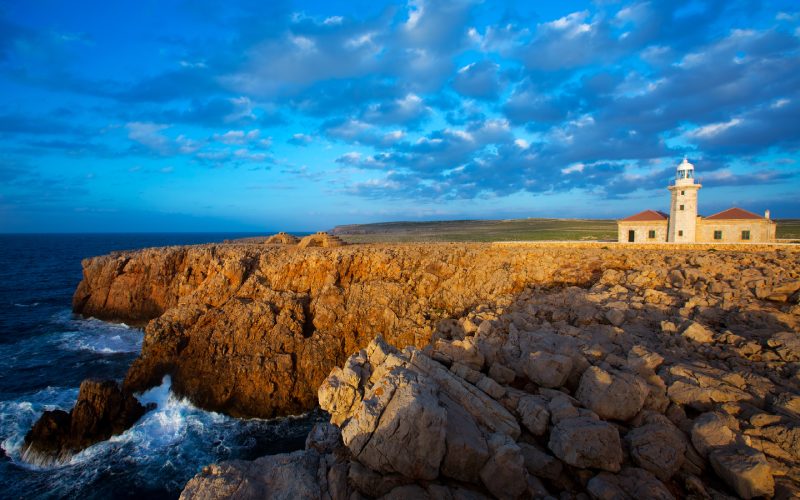 A particularly rocky part of the path, although free of difficulty as it is a fairly flat terrain. To highlight the cove des Corbetar and the Pont d’en Gil, natural rock formed by the waves of the sea. 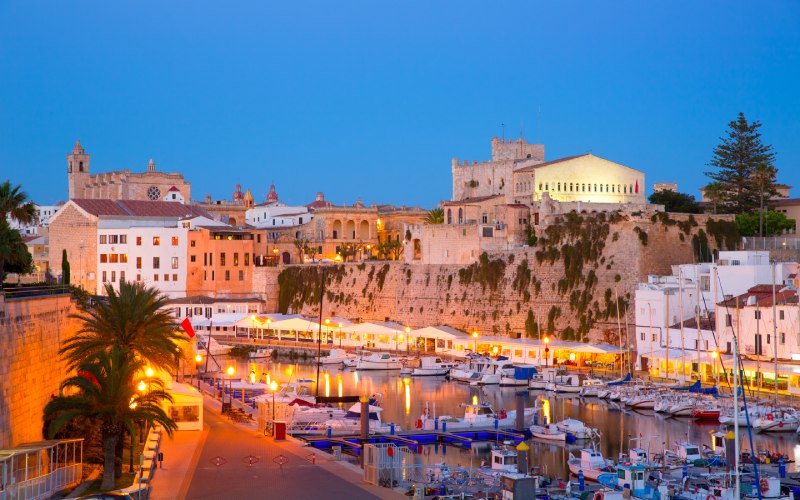 It starts at the natural harbor and crosses all Ciutadella. This section passes through the Blanca cove, characteristic for its white sand, at the end of which are located the remains of a naveta of habitation of the pre-Talayotic period. During this stretch it is possible to see the characteristic bushes of the island, the socarrells. 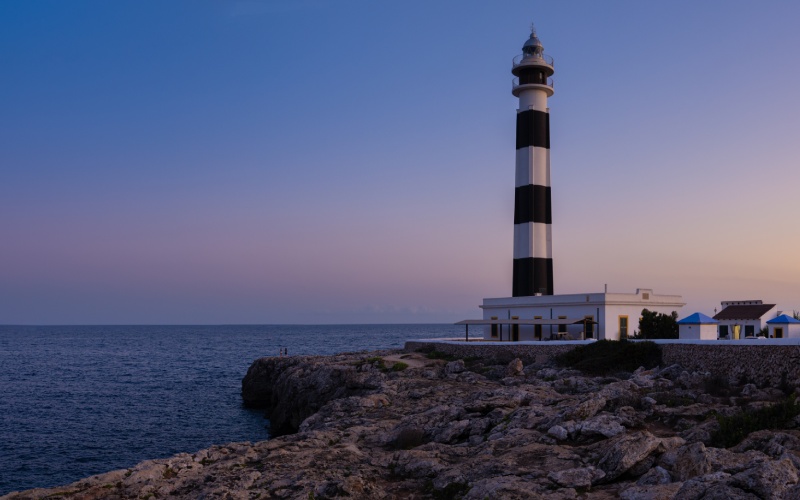 Right along the westernmost tip of the south coast runs this stretch of road above low cliffs. Behind the beach of Son Saura there is a wetland, the Prat de Bellavista, which serves as a refuge for numerous waterfowl. On the way it is possible to observe the 17th century Talaia d’Artrutx, which served as a watchtower. 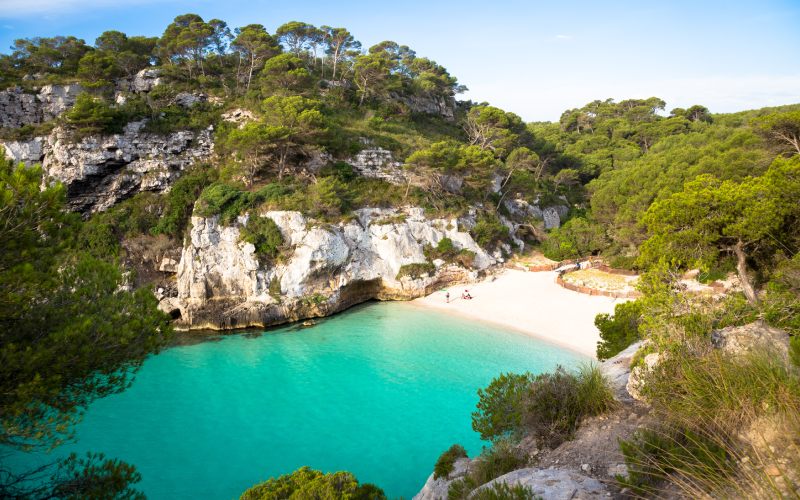 This area is characterized by cliffs that vertically cut the island and offer a wide variety of landscapes. Turqueta, Macarella, Galdana and Algendar coves are some of the most desired and sought after places of the island. 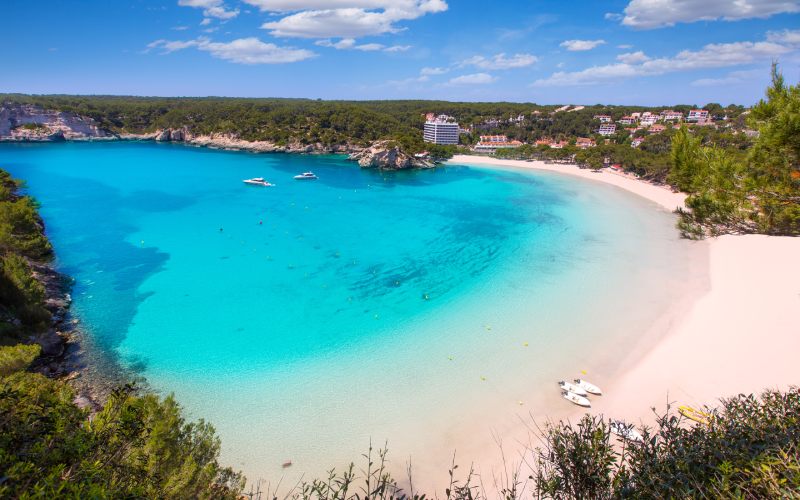 A stretch dominated by the most significant cliffs of the whole island that give this stretch a great spectacularity. The torrents carry water causing the appearance of marine vegetation. The coves like Mitjana, Trebalúger or Binigaus are some of the treasures of this area. Nearby is the Binigaus cliff with three of the four most characteristic caves of the island. Among them stands out the Cova des Coloms, also known as the cathedral due to its large dimensions. At the top of the cliff is Es Galliner de Madona, dating from 1500 BC. 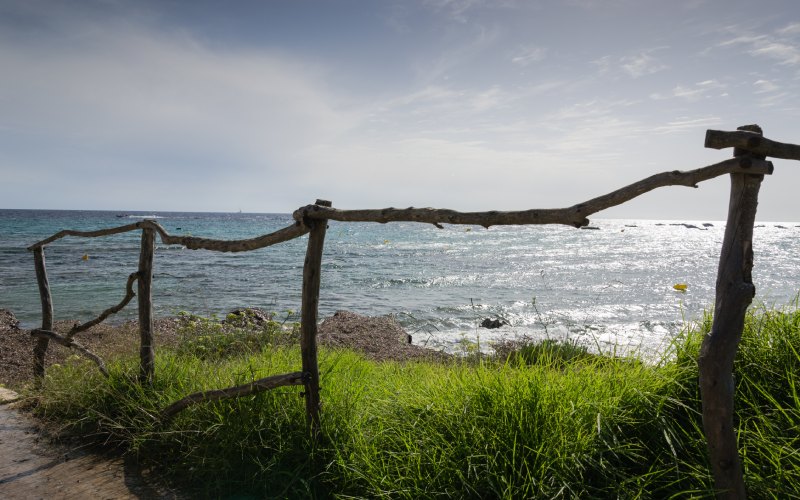 The low coast of the coastline has nothing to envy to the rest. This practically flat route, allows you to observe the typical vegetation of the rocky coastline until you reach the beaches of Sant Tomàs, Talis and Son Bou. 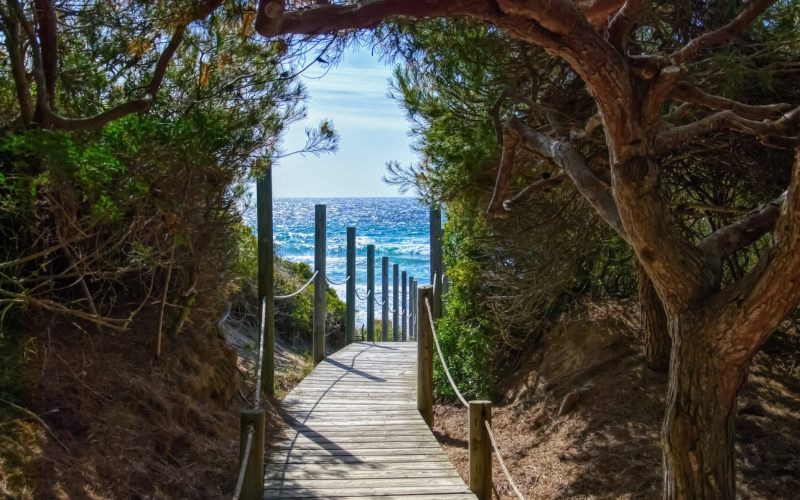 This stage takes place between two important cliffs, Sa Vall and Es Bec in the west and that of Cala Porter in the east. This itinerary allows you to get to know the south coast and its great biodiversity. A short distance away is the largest Talayotic settlement on the island, the Torre d’en Galmés. 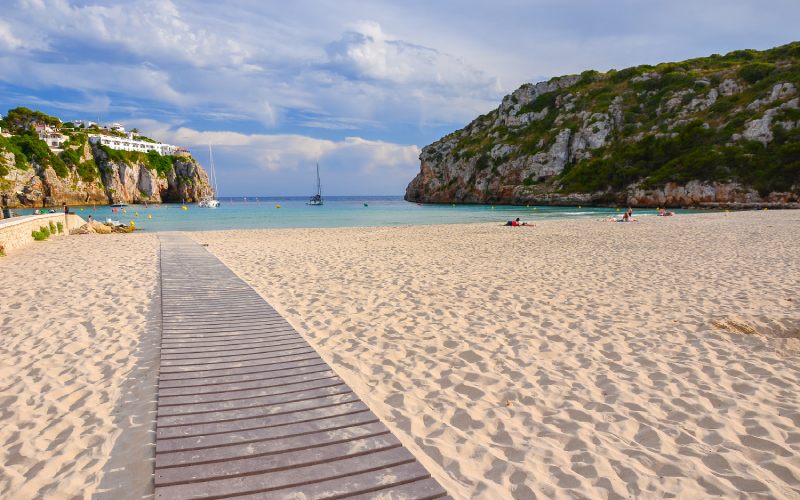 The cliffs are left behind to reach the flat area of the eastern part. In Cala en Porter the road passes through the bottom of one of the most important slopes of the island and further on Cala des Canutells will surprise you with its elm forest. 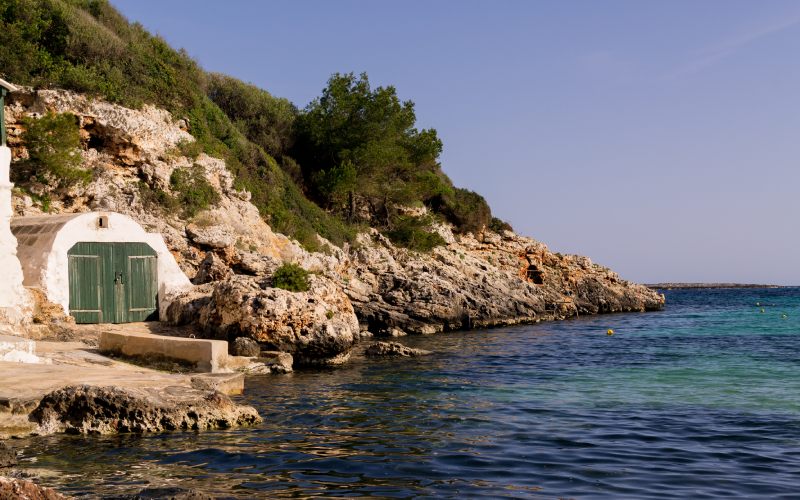 This route will bring the visitor closer to the southeastern urban areas of the island. The villages of Binibéquer, Biniancolla and Son Ganxo are worth a walk through their picturesque streets of whitewashed houses. It is worth mentioning that you can see l’illa de l’Aire with its lighthouse and its crystal-clear waters and an exclusive resident, the black lizard. 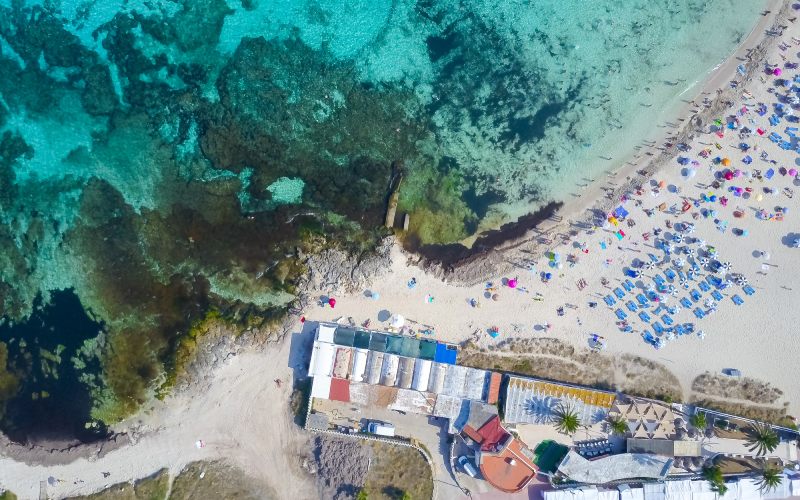 The route begins in one of the flatter coastal areas to eventually turn inland, leaving the coastline behind. 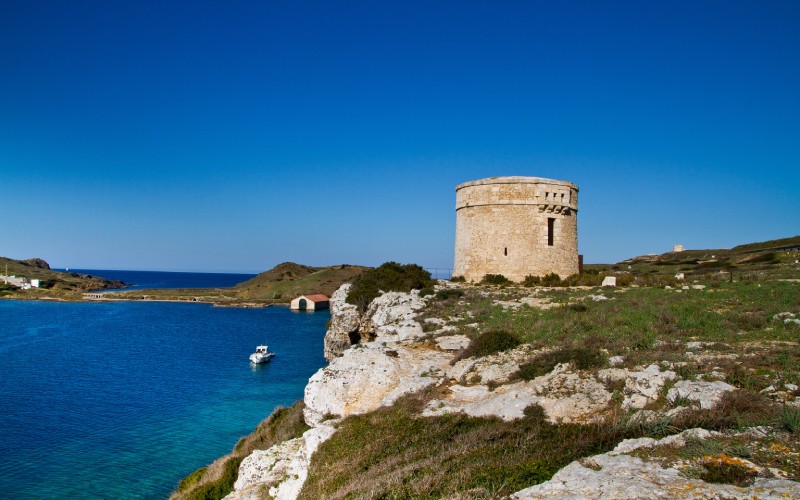 The cove of Sant Esteve marks the beginning of the last stage that will end back in Maó. Before that the fortress of La Mola watches over the entrance to the port and protects it from its enemies. Once the castle of Sant Felip and the village of Es Castell are left behind, the road ends in Maó. 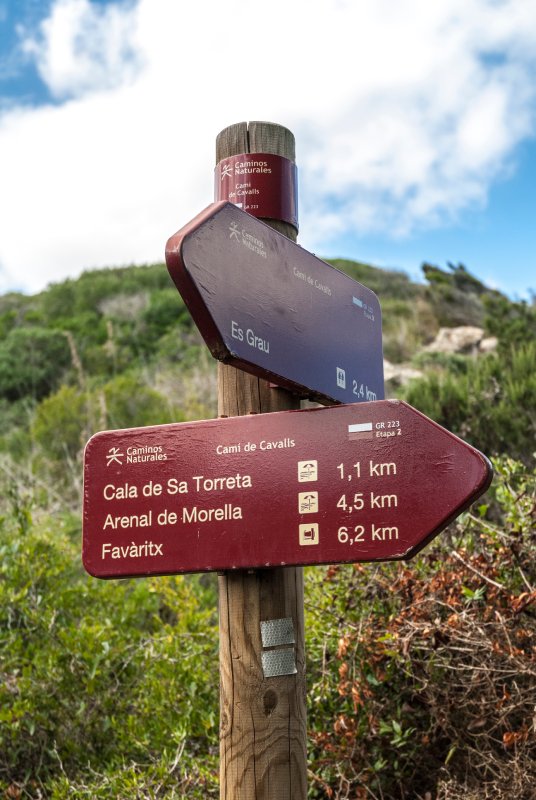 The idea of the different stages is that they can be done as full day tour using the morning for the outward journey and the afternoon for the return. In this way, leaving the vehicle at the starting point or taking public transport there is no need to worry. It is very important to bring sun protection, food and lots and lots of water. It is recommended to do the stages from east to west in order to try to keep the sun at your back, illuminating the landscape without dazzling. The road is usually rocky so good footwear will be of great help. Menorca does not have hostels or similar and therefore it is only possible to count on the tourist accommodations that usually remain closed out of season. Be that as it may, it is recommended to plan the route taking into account all these things. Discovering the Camí de Cavalls is one of the best activities to do in Menorca.