It is well known that the beaches that populate the Balearic Islands are among the most coveted in the country due to the turquoise colors and transparency of its waters. However, the fame and beauty of these places goes with an almost inseparable factor: overcrowding. Well, in the municipality of Pollença it is possible to find a small cove that, in addition to preserving the delights of the Mallorcan beaches, is still a little piece of isolated coast, virgin and unknown to many, the Murta cove.

But what is the reason for this apparent peace in Murta cove? The answer is simple: if you want something, it costs you something. Thus, to get to Murta cove you have to take a short walk, which for many is reason enough to discard the hike. However, the walk is just over a kilometer and a half, which is equivalent to no more than 20 or 30 minutes. Part of this walk also runs under the shade of pine trees. In short, it is a short and easy route suitable for all audiences and where the trees protect the visitor from the heat. In addition, the walk will surely increase the desire for a good dip, a well-deserved reward for the expedition. 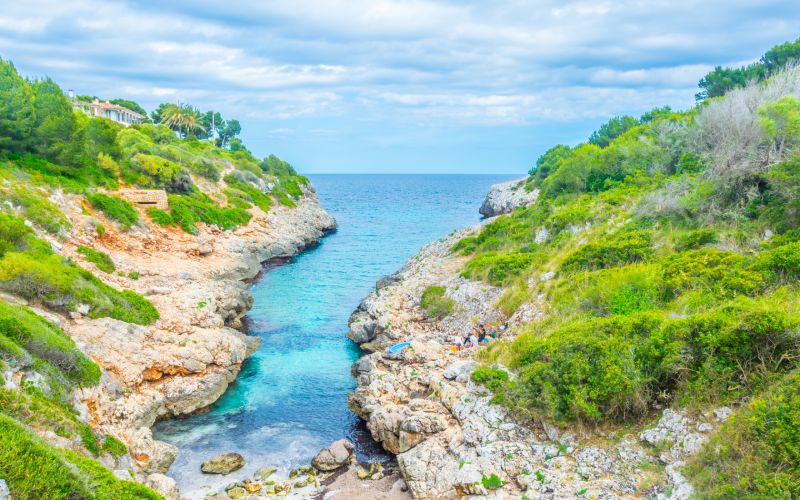 The keys of Murta cove, an unspoiled beach where you can relax and snorkel.

First of all, to speak of Murta cove is to speak of a virgin beach. This means that the enclave has no services such as beach bars, showers or toilets. The food and fresh water will be necessary to take them and the salty water will return with the bather to home. The advantage is that the more unspoiled the beach, the greater the presence of nature. In fact, Murta cove receives the constant visit of two outsiders: donkeys and goats. The latter are very prone to rummage for food among the belongings of tourists, so keep an eye out!

Secondly, it is convenient to know that Murta is made of rocks. This does not necessarily means that you cannot lie down and relax, but the tourist may prefer to bring a mat. The seabed is also made up of rocks, which are mixed with sandy areas and areas populated by posidonia. For all these reasons, it is better to wear footwear that makes the expedition more comfortable. It is most likely that the bather will want to explore, as the turquoise waters of the cove invite snorkeling. 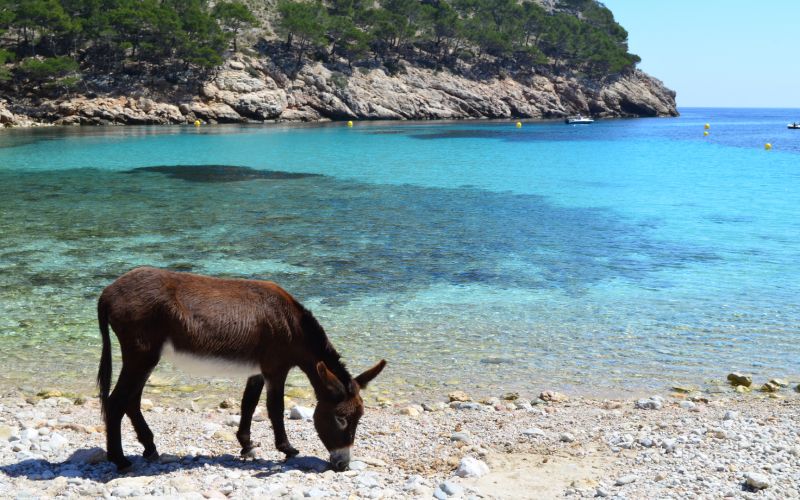 Finally, to get to Murta cove you have to go along the road that goes to the lighthouse of Formentor. There, at the height of the bus stop of Figuera cove, a sign on the right side of the road indicates the direction to the little beach. However, between June 15 and September 15, traffic between the beach and the lighthouse of Formentor is restricted to people between 10:00 and 19:00 hours. There are two alternatives. One is to go before or after this period. Another is to take a shuttle bus that departs from Formentor beach to the Formentor lighthouse. It makes a stop at the height of the path of Murta cove. If it were easy it would be one of those overcrowded beaches… wouldn’t it?

Spots near Murta cove: an enclave that inspires artists

In the same Murta cove a path starts running parallel to the coast and then leads to the viewpoint of Es Castellet, just five minutes from the starting point. From there it is possible to contemplate the immensity of the Mediterranean, which bathes the impregnable islet of Es Castellet, as well as the coast of Formentor and the bay of Alcudia. From the road that leads to Murta cove it is also possible to follow the path to Figuera cove, just 15 to 20 minutes away and with similar characteristics to Murta. 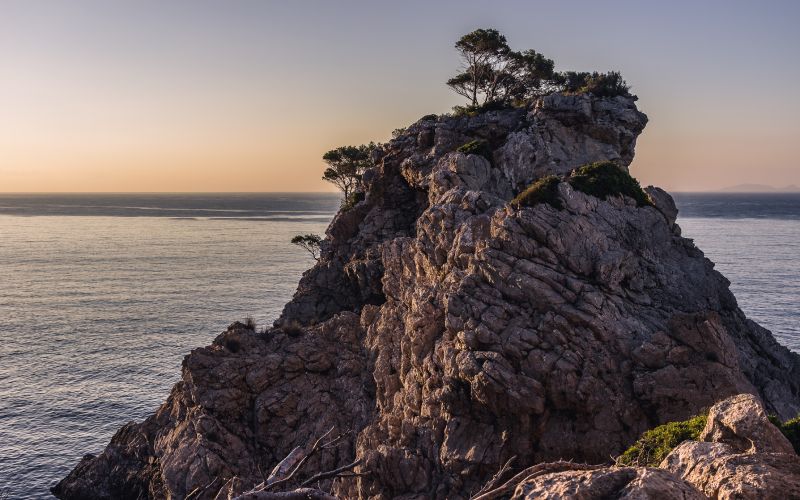 For those who prefer to walk more, there is the option of taking the route that ascends to the Fumat, and then descends along the old path of the lighthouse of Formentor, until you reach the Murta cove. Different paths, the same destination. The lighthouse of Formentor can also be a nice stop, as it is only a ten-minute drive from Murta and offers a beautiful view.

All these places also belong to the municipality of Pollença, a place that was an inspiration for Agatha Christie and many other writers and artists. In fact, the famous author Camilo José Cela promoted in 1959 a literary meeting in the area that has brought together writers of the stature of Vicente Aleixandre, Gerardo Diego and José Saramago. 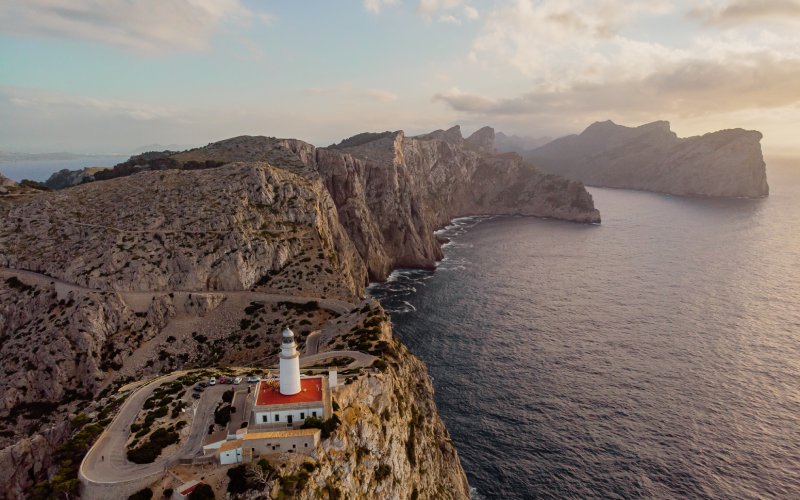 Aerial view of the lighthouse of Formentor | Shutterstock

As indicated at the beginning, it is well known that the beaches that populate the Balearic Islands are among the most coveted in the country. So what’s better than enjoying one of these coves in peace? A walk along the Mediterranean under the cool shade of the pine trees, a swim in the turquoise waters of Murta and a glimpse from the viewpoint of Castellet. If so many artists used this landscape for inspiration, it must be for a reason…

Balearic Islands, beaches, coves, mallorca
It may interest you...