The history we are talking about took place long before the arrival of the Romans to the Iberian Peninsula. Their monumental constructions, such as the wall that still shines in Lugo, amazed people in the past and still amaze us today because of the techniques used to carry out these works. But the Romans would not have aroused envy in the predominant society in Menorca in the first inhabited years of the island. We travel to a time when we still talk about before Christ. To discover talayots and inverted ships that, even with a smaller size, astonish in the same way.

The Talayotic culture, much less known than the Roman and much more mysterious, left captivating traces scattered throughout this beautiful land. Almost as if they were aware that one day, centuries later, many centuries later, we would want to understand their way of life through constructions like this Naveta des Tudons. It is estimated to be the oldest preserved building in Europe, which would be enough to justify why we have chosen it as one of the 7 wonders of Ancient Spain. Guardian of time, it is the axis on which we must turn to tell this story of the Ancient World, of cultures that are not always kept alive. 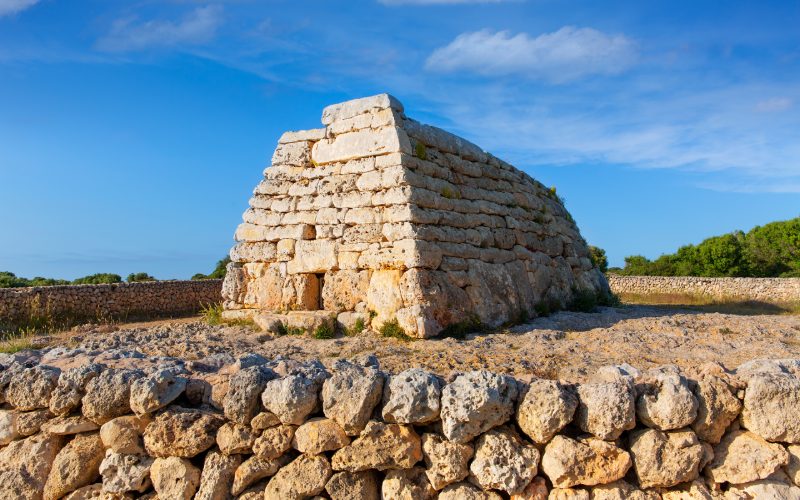 Menorca was the center of the Talayotic culture, a civilization that inhabited part of the Balearic Islands since the end of the second millennium BC. Until the arrival of the Romans, this society evolved from a semi-nomadic way of life to the rise of sedentary settlements in which they managed to live from the characteristics of the place. They worked metallurgy, exploited mining as much as they could, sowed and gathered the products on which they fed themselves.

Although not much is known about this civilization, it has been revealed that it was a society without hierarchies. Yes, this may come as a shock today. It is also known that rituals were common in their daily life, but the characteristics of these are unknown. And although their best known monuments are the talayots, watchtowers whose function was, after all, to keep watch, others like this naveta are characteristic of their architecture.

Its function was not to navigate, of course. This peculiar shape of an inverted ship served as a home, and also to give shelter to deceased individuals. This particular naveta was a sacred place where 100 bodies were buried-or at least 100 bodies have been found. In addition to the personal objects that accompanied each individual on their journey after life. This discovery allows us to understand certain details of their beliefs: that they trusted in that journey and prepared their loved ones for it.

How did their story begin? 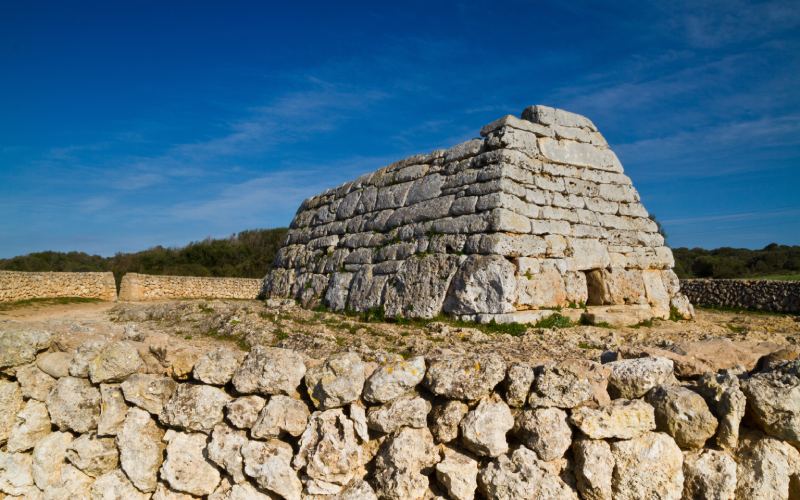 These burial navetas began to be built in the second remarkable period of this civilization, precisely called the nabiform period. Although the joint burials were still carried out in caves close to the settlements, little by little they took the habit of recreating for their dead sacred spaces that were adequate and did not deteriorate with the passage of time.

These burial navetas began to be built in the second important period of this civilization, precisely called the nabiform period. Although the joint burials continued to be carried out in caves near the settlements, little by little they took the habit of recreating sacred spaces for their dead that would be adequate and would not deteriorate with the passage of time.

This is how this marvel, the Naveta des Tudons, was built between 1050 and 850 B.C., following the so-called cyclopean technique, using the characteristic inverted nave shape.

Without using cement, stacking and fitting the heavy stones that can still be easily distinguished today, with large slabs acting as beams, as supports for the construction. It has two interior chambers, one larger than the other. It is more than 13 and a half meters long and almost 6 and a half meters wide.

When this monument was built, there were centuries left for the Romans to conquer it, but they did not want it to be theirs, nor did they want to destroy it. The naveta resisted with its original forms. Until that conquest, the population of the island increased and reached Mallorca. They did not fight with the same magic as their contemporaries Asterix and Obelix, but it seems that also this population did not resist too badly the arrival of the conquerors. At least, they survived. The Talayotic civilization eventually disappeared, merging with the strangers as happened in so many other places. However, it was not something immediate or abrupt. They continued to live, although they would no longer find the means to continue to leave their traces.

It was not until the middle of the last century when this marvel of antiquity was found, which has resisted the passage of time as if, precisely, time had not passed through it. Romans and Templars have passed in front of these stones, but they remain unchanged, oblivious to the passage of time. Older, surely, because the years pass and it is irremediable but giving off that calm that accompanies the old.

Today, access to the interior is forbidden. For security reasons and for conservation reasons. With more than two thousand years of life, in spite of that regal, powerful, and eternal aspect, the Naveta des Tudons must be treated with affection. Tourists arriving in Menorca have always been satisfied with contemplating its exterior. Under the starry sky.  so characteristic of the area, or under the sun also characteristic of this beautiful land. It is one of the most important tourist spots in Menorca, described wherever you ask as the oldest remaining building on the continent. 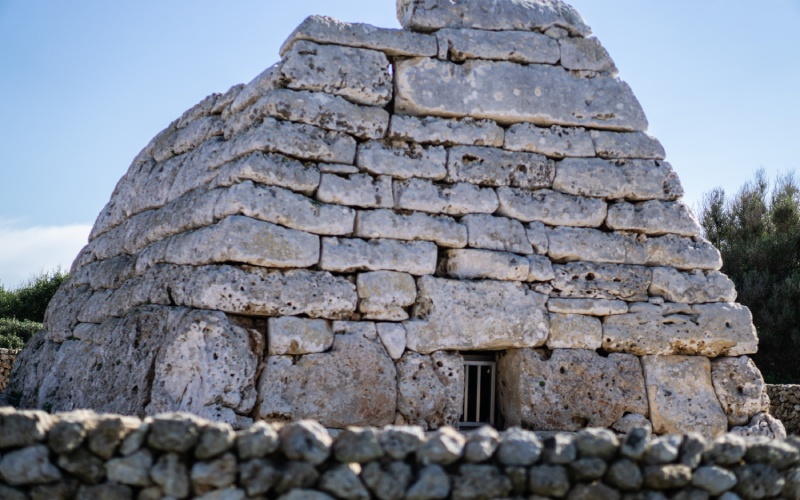 It continues to amaze us because it reminds us of humanity’s past, a past of which we will never know everything, but of which traces have been unearthed that invite us to imagine, to suppose, to suspect and to dream. In this case, the Naveta des Tudons awakens that indescribable sensation of looking directly into the eyes of antiquity. It is impressive that there are still vestiges of a culture that seems so distant, but with which, in some way, human beings

7 WONDERS OF ANCIENT SPAIN, Menorca, Romanesque, SPAIN
It may interest you...