The Capital of the Green Coast

An important port villa with an excellent beach, Gijón is the maritime capital of Asturias and it has a great atmosphere throughout the year. Ven a España !!! Visit Spain !!!

Plan your stay in Gijón

Things to do Gijón can be visited in a couple of days. Among them, we can highlight the importance of primitive history in this area. In case you had more time, we would recommend visiting Avilés, Villaviciosa or Candás. It is probably the best to go through Gijón from west to east. Thus, start by Areo Mountain, Campa Torres Archeological and Natural Park (where you can learn more about the primitive peoples, Roman traces and panoramic views of the city). The old city can be completed by a brief tour through the Roman Villa of Veranes (12 km away from the city center)

What to see in Gijón

The historical settlement of Cimadevilla allows you to have a basic idea of what this Roman site looked like centuries ago. Among the different constructions to be noticed here are Jovellanos House (Fine Arts Municipal Museum) and the Convent of Augustinian Nuns. Outside the walls, next to the Consistorial Houses and San Pedro Church (both from the 19th century), we can highlight the Valdés House or the Revillagigedo Palace. On the top of the isthmus (origin of the city) we can find Santa Catalina Hill, where one of the best sculptures by Eduardo Chillida is placed –The Horizon Praise. 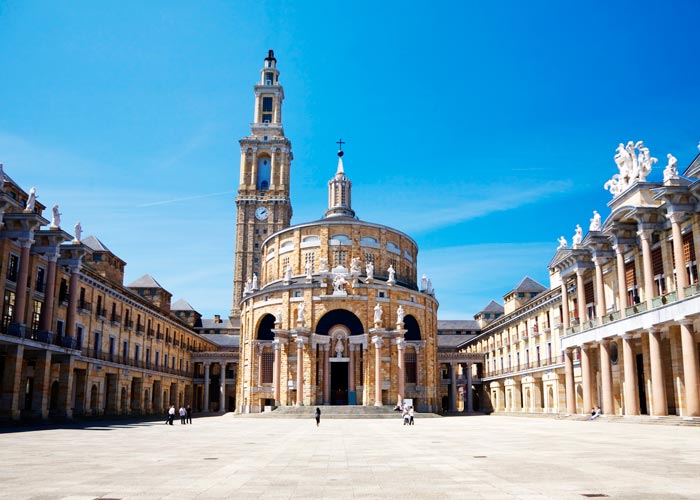 Gijón is surrounded by beaches such as San Lorenzo, Poniente and El Arbeyal. Besides, there are many museums in this city such as the Atlantic Botanical Garden, the Laboral City of Culture (which houses the Industrial Creation and Art Center), the Museum of the Peoples of Asturias, and monographic museums such as the one devoted to Nicanor Piñole (Asturian painters from the last century) and Evaristo Valle (located in the garden city known as Somió, which is full of historical gardens).

Bufones de Pría, Arenillas and Santiuste blowholes, the spectacular marine ‘geysers’ of Asturias
On the eastern coast of Asturias, where the Cantabrian Sea becomes evident, it is possible Más información

Asturian Cheese Caves, an underground food paradise
From the mountains to the coast, Asturias offers a variety of landscapes which in turn Más información

Argul, the Asturian village whose passageways let you live without stepping on the street
The Historical Site and rural nucleus of Argul is located in the area of Alto Más información