When you reach this little Asturian village far from the hand of God, you think you have landed on another planet. A planet where worries and rush stop existing. Bermiego is one of those places where the hands of the clock stop. And it opens the way to the purest rural essence. Here, refugees, its inhabitants have managed to maintain the rustic personality that characterizes the mountain villages of northern Spain. An authentic open-air museum where the trees come to life. 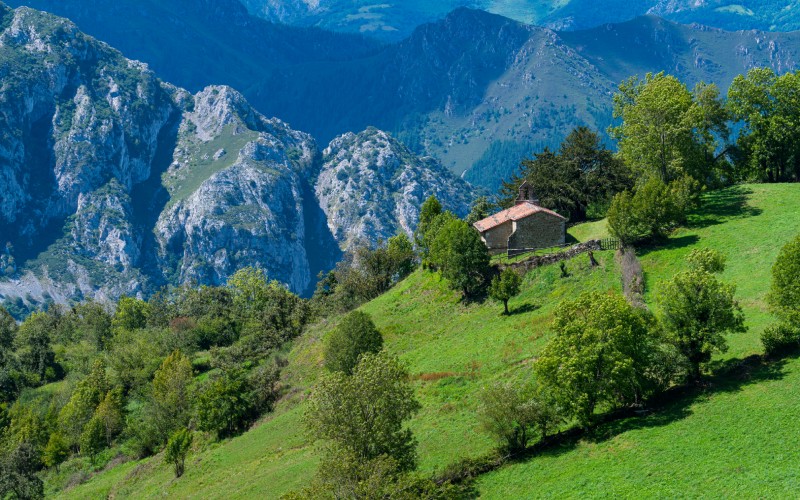 The natural environment that surrounds Bermiego is breathtaking | Shutterstock

The peaks of the Sierra del Aramo break the horizon of the traveler who immerses into this spiritual retreat known as Bermiego. Located in the Asturian council of Quirós, this village rests on the foothills of the sierra, guarded by the Valdemurio reservoir, which has supplied the valley for decades. Here, visitors can enjoy the activities that this place offers, such as canoeing excursions for the whole family. The famous Bear Path crosses this reservoir and also reaches Bermiego.

Many come to this village in search of the famous ancient yew or texu. But what is their surprise to find legends, granaries, fountains and a chapel with views that move. The narrow streets of Bermiego transport the traveler to medieval times. A journey through time. The wooden balconies rise under the tiles, which still retain the reddish color despite the passage of time. The houses, meanwhile, look their best painted in colors that blend with the green of the mountains. Others, paved with cobblestones, give the feeling of walking through a movie set. 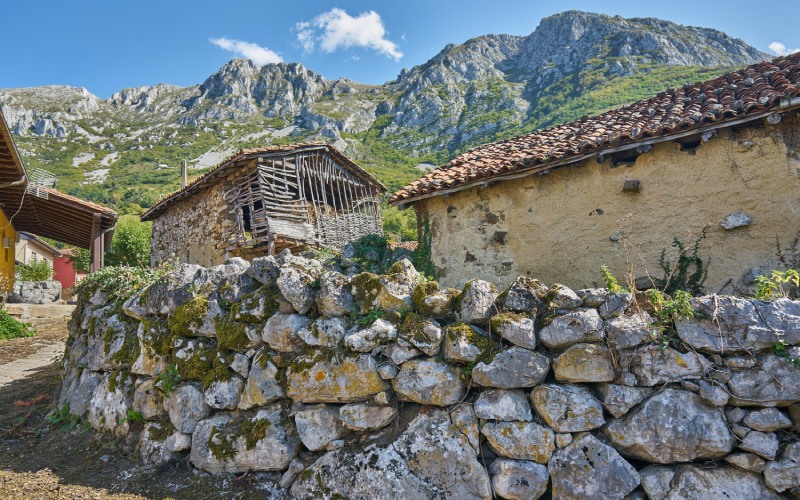 The residents of Bermiego await, curious, the arrival of a visitor who comes looking for that peace or who, perhaps, has stumbled upon the village by chance but has been captivated by its charms. Despite the arrival of tourists, the inhabitants of this Asturian village have not opened souvenir stores. In fact, there are only two holiday homes in the whole village, which are enjoyed by a lucky few. Here, traditional, rural life makes sense.

A tree as mystical as dangerous 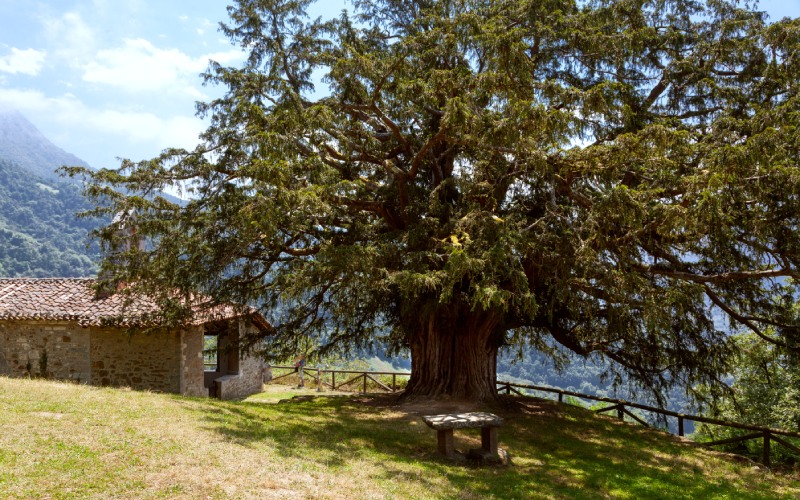 The thousand-year-old yew of Bermiego | Shutterstock

To contemplate this wonder, the visitor walks, quietly, between hórreos and fountains. The hórreos, made of wood, traced with geometric figures, preserve their essence. The sound of the water dripping in the fountains calls the arrival to the most desired spot of this small town: the millenary yew tree or texu, as it is known in Asturias. Yew trees, long-lived and imposing, can live a millennium. Around them, mythology and folklore dance together.

The yew or texu millennial Bermiego is one of the most important Natural Monuments of Asturias and, linked to Celtic mythology, is shown before the eyes of the most curious. With its more than 6 meters high and the poisonous berries that decorate its leaves, the yew tree invites to contemplate, from the heights, the village of Bermiego in the distance. Its presence alone is imposing. But the stories related to Asturian mysticism, even more so.

It is usually associated with life or death and there are theories that its sap was used for rituals in which eternity was evoked. However, it means quite the opposite, as this tree has great lethal power. One legend tells that Asturian warriors used this poison to commit suicide and not fall into slavery before their rivals. Another, that in their arrows, made with the wood of the same yew tree, they introduced this toxic liquid to inflict greater damage on their enemies during battles. 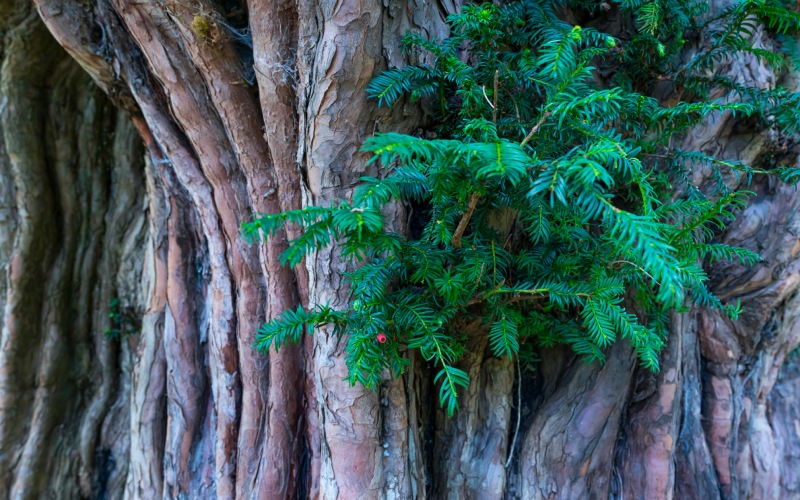 The ancient chapel of Santa María de Bermiego rests next to the yew tree in the Asturian landscape. A balm of peace where to get away from it all and let nature caress the soul. All around, the deepest northern forest lurks. Bermiego is one of those places where the traveler gets lost. Where the green, the smell of humidity and the singing of birds echoes in every corner. Where time stands still.

ASTURIAS, mountain villages, nature, Route
It may interest you...