The Ordesa Valley is a fantastic and spectacular place for a rural getaway. With the Pyrenees in the background, it has proven to be a northern paradise both for those seeking the peace of the mountains and for those who want to explore every corner of Spain. That is why it is important to know the most emblematic places and the best hiking routes to make the most of a getaway to the north of Aragon.

Getting to know the Ordesa Valley in depth 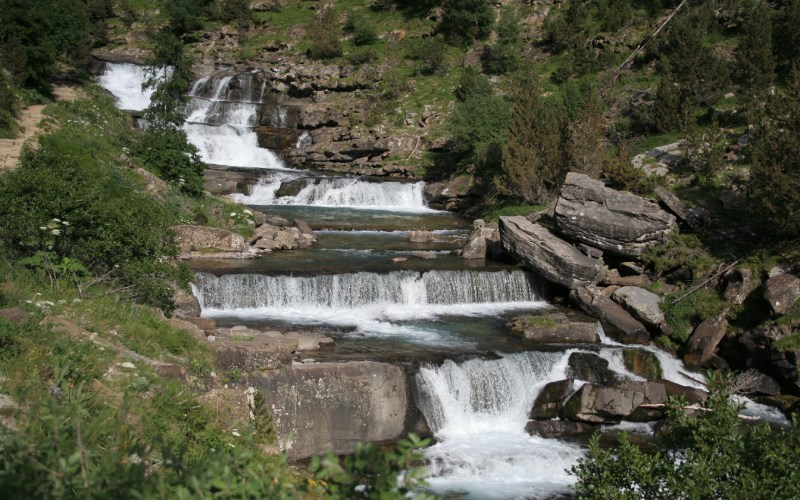 Water is one of the main protagonists in this charming Pyrenean valley. | Shutterstock

The Ordesa Valley is an incredible place located in the Natural Park of Ordesa and Monte Perdido, in Aragon. Located in the province of Huesca, it is formed by different valleys and cliffs, although the main one is a glacial valley that is dominated by the presence of the Arazas River.

The limits of the Ordesa Valley extend to the north of the peninsula, bordering France, in the south with the Sierra Custodia-Acuta and in the west with the Ara Valley. To the east it borders with the Posets Maladeta Natural Park, very close to the Aneto Peak.

It has highlands and peaks of more than 3000 meters high, of which stand out on the north ridge the Monte Perdido, with 3355 meters, and Gabietos, with 3034 meters. Always in the background, the Ordesa Valley offers an ideal landscape to disconnect from the routine and urbanity. A UNESCO World Heritage Site, the valley floor was declared a National Park in 1918. This protected 2,066 hectares in the Aragonese Sobrarbe.

The park was enlarged in 1981 to extend the hectares to a total of 15,608 hectares. Thus, it covered emblematic places such as the Escuaín gorge, the Añisclo canyon and the whole Monte Perdido massif. Despite this, the Ordesa Valley is still the main tourist attraction, ideal for a getaway in autumn.

Hiking routes in the Ordesa Valley 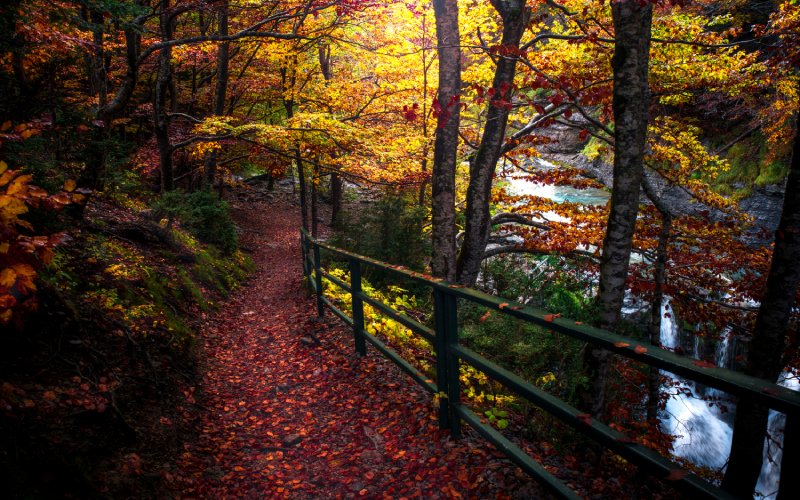 Autumn is the best time to visit the Ordesa Valley for this kind of views. | Shutterstock

Throughout the heart of the Ordesa Valley there are different trails and itineraries that allow you to discover places as charming as curious. In particular, there are two very popular routes that are the most suitable for a first visit.

One of the most classic, this route leads directly to one of the most spectacular attractions of the Ordesa Valley: the Cola de Caballo waterfall. It crosses forests, meadows and rivers, enjoying the beauty of this corner of Aragon. The itinerary lasts about two hours, a little less on the way back, and hikers cross the Arazas River, the Soaso steps and the Arripas waterfall. It is ideal for the whole family due to its ease.

Route from Torla to the Ordesa Meadow via Turieto Bajo

It takes advantage of the old road that connects Torla and Ordesa, with a very simple route that allows to contemplate all the possible landscapes that are in the Ordesa Valley. It is advanced both by road and by forest track. It has a similar duration to the previous route. Along this path you can enjoy landmarks such as the Ereta Bridge, the Navarros Bridge, the Molinieto Waterfall and the monument to Lucien Briet, a French writer, photographer and pyrenean.

What can you see in and around the Ordesa Valley? 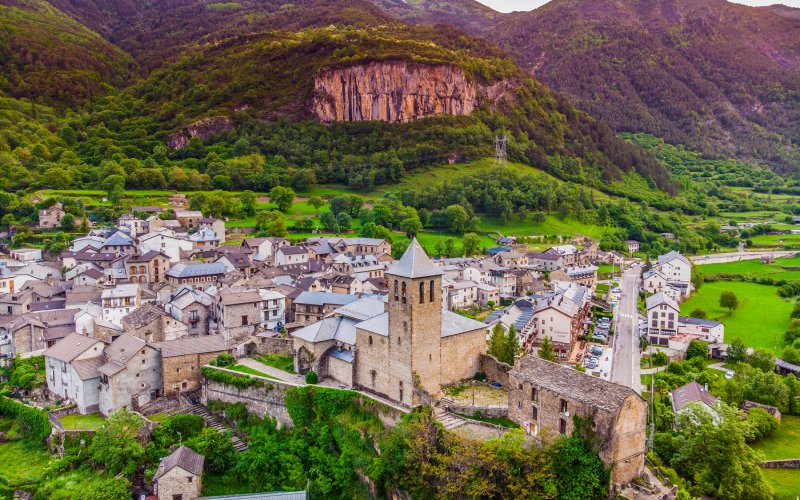 Village of Torla, a magnificent place to start the exploration of the Ordesa Valley. | Shutterstock

In addition to wonderful flora and fauna, there are some geographical points in the Ordesa Valley worth stopping at.

This is one of the most spectacular waterfalls you can enjoy. The water slides between several canyoned walls to land in a calm stream. Both the views and the roar it makes travel with the hiker all the way back.

The name comes from the way the water falls down this waterfall. Cola de Caballo is spectacular thanks to its environment, being one of the main attractions of one of the most classic routes of the Ordesa Valley.

Located in a very nice place, it is a set of small waterfalls at different heights that are assimilated to a set of steps. This succession accompanies the river for a long stretch, with different viewpoints to enjoy the spectacle.

One of the many forests in Spain with a large family of beech trees, in autumn it takes on an amazing reddish and brownish color. This is because it is a deciduous tree, shedding its crowns to offer a place as bucolic as it is picturesque. 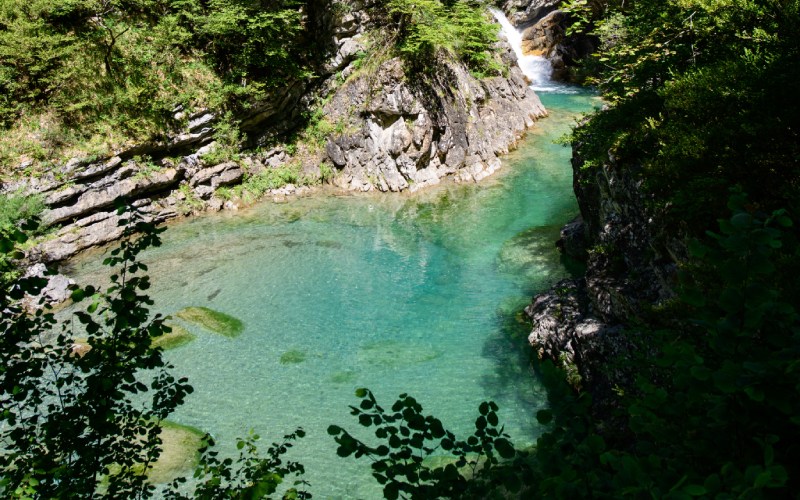 Añisclo Canyon. The waters throughout the Ordesa Valley run as crystal clear as they are cold. | Shutterstock

A spectacular route full of flora, fauna and waterfalls. The river that runs through its interior, the Bellos, demonstrates how water erosion is capable of forming one of the most incredible landscapes in the north of the peninsula.

One of the most unknown valleys within the Natural Park, the Escuaín Gorge was formed in a limestone terrain that has been hollowed out by water erosion. This has caused a formation similar to a sponge, with beautiful chasms and sinkholes. You can also observe birds, such as the bearded vulture.

Spectacular cliff that rises 300 meters vertically in such a way that you can not see the tip without opening your mouth. It is located at the beginning of one of the walls of the Ordesa Valley. In addition, its south face is recognized as one of the meccas of climbing in Spain.

Water is one of the main protagonists in this place, not only for having created it, but also for the waterfalls that are found here. Perhaps the most impressive of them is Cotatuero, with a height of 222 meters.

Located at the entrance to the Ordesa Valley, it is a mandatory stop to start enjoying a route of villages in the Aragonese Pyrenees. It has a beautiful medieval architecture, as well as the Ethnological Museum and the Visitor Center of the National Park of Ordesa and Monte Perdido.