The town high in the mountains

Located in a remarkable point of contact between Navarre and Aragon, Berdún is an important passing point in the Aragonese Way to Santiago that lies on the left side of the Aragonese river. Ven a España !!! Visit Spain !!!

Plan your visit to Berdún

Although a complete visit to Berdún doesn’t take more than a few hours, this Huescan picturesque town features attractive scenery that makes a stop in the town worth it. As the hub of the Canal de Berdún municipality, Berdún is the perfect place to discover the corners of the occidental Jacetania, the borders of Navarre, and go deep into the least known lands. Furthermore, as a passing and stopping point on an alternative path of the Aragonese Way to Santiago, Berdún offers pilgrims all of the necessary services to guarantee them a place to rest as they go through the beautiful pilgrimage.

There has been much talk about Berdún having Celtic origins, and there are archeological remains that support this theory. What is known is that the villa suffered many problems in its beginnings, such as the Muslim expansion through the Iberian Peninsula when in 999, it was completely devastated by the Almanzor troops. Then under Christian rule and in the midst of the border conflicts between Navarre and Aragon after the death of Alfonso I, Berdún was again invaded by García Ramírez. The damage to the town contributed to its decline and practical disappearance from the historical scene. Currently, Berdún is the head of the Canal de Berdún municipality and stands out by its touristic role, especially due to its location right in the central of the Aragonese Way to Santiago that breaks at the Puente la Reina de Jaca to go towards Sangüesa, crossing the left side of the Aragon river and passing through Yesa and Javier. 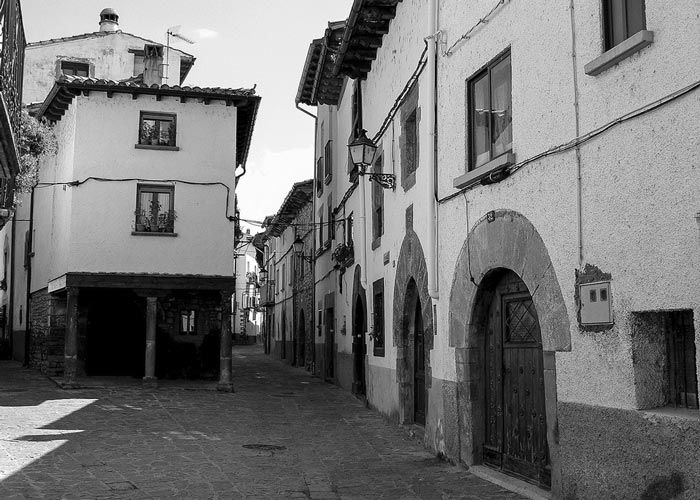 What to see in Berdún

At first glance, the most interesting thing about Berdún is its impressive location: the peak of a mountain with a horizontal profile that can be seen from any point of its surroundings. Once inside the urban center, the most noticeable sight is the Santa Eulalia Church, a gothic building built during the 16th century, whose interior houses a baroque organ from 1738 along with other interesting pieces such as various altars and the choir’s benches. One of the main attractions is the Santa Eulalia square, a public space that continues to conserve the Portal de la Virgen, one of the three access points the town had during the era in which it was a walled premises. The Lacadena house stands out amongst all the other tourist sights. It is a small noble palace from the 18th century that occupies the site of the old castle of the town. Linked historically to the Lacadena marquisate, this house conserves a facade full of column in the corners where you can also see a large shield. 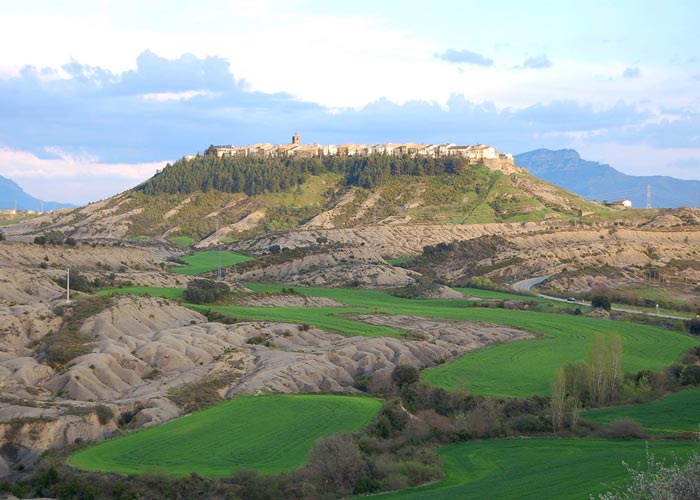 Spanish Castles In Film
[vc_row][vc_column][vc_column_text]There are numerous Spanish castles from movies that have been featured on the silver screen. Más información