January 25, 1938. Spain was in the middle of the Civil War, while in the rest of the world the fear of a second world war was increasing due to the reckless actions of Nazi Germany. In Teruel, the soldiers of the Republican side were on edge after having taken control of the city from the rebel side. Suddenly, the sky turned the color of blood: purple, red, mauve… and everyone got scared. Was this a new weapon of mass destruction of the rival army? Had Hitler found his ultimate weapon? Was it the apocalypse? Nothing of the sort. It was an aurora, which had come down from the most extreme latitudes to spread its lights in the face of the darkness that was looming over the world. The polar auroras had arrived in Spain.

How the polar auroras arrive in Spain 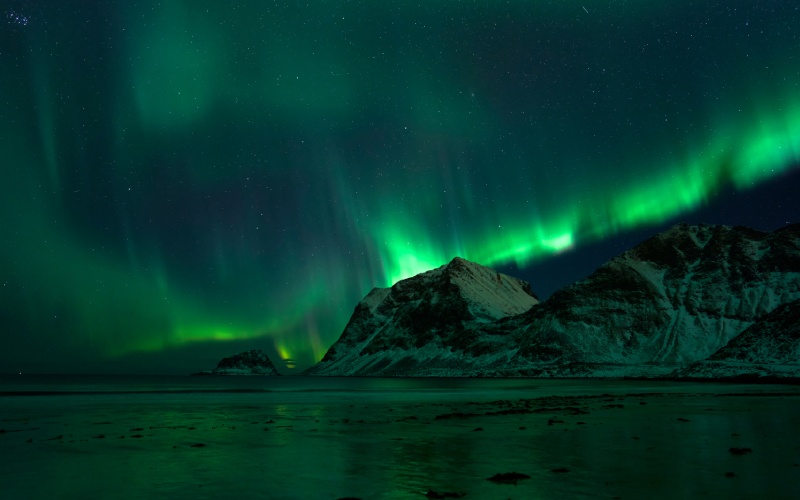 Polar auroras, called boreal if they occur in the northern hemisphere and austral if they occur in the southern hemisphere, are formed when a stream of particles emitted by the sun reaches the Earth in the form of solar wind. When they come into contact with the planet, they collide with the magnetosphere, the outermost and most extended layer of the Earth’s atmosphere. This protects the Earth from the energetic particles contained in the solar wind and deflects them towards the poles thanks to electromagnetic fields.

Once these solar particles reach the northern and southern hemispheres, they hit the terrestrial ones in these places. It is this last collision that emits a light visible to humans, which permeates the sky with vibrant shades of green, purple or yellow.

When the sun emits more particles than usual, a geomagnetic storm is produced that makes it possible to see the northern lights in other parts of the planet closer to the equator. Therefore, although the most frequent places to see them are in the north of Scandinavia, Finland and Canada, polar auroras have been seen throughout history in unusual places such as Spain, Latin America or North Africa.

The color red and the Carrington phenomenon

The different colors of the northern lights also have an explanation. When solar particles interact with oxygen between 100 and 200 km altitude, the lights turn green. However, in geomagnetic storms, the blue and violet colors break through when the solar wind comes into contact with lower layers of the ionosphere and interacts with nitrogen. While when these particles interact with oxygen in the higher layers of the atmosphere, at an altitude of more than 200 kilometers, the auroras appear red. It is the latter color that will paint the sky at latitudes closer to the equator. 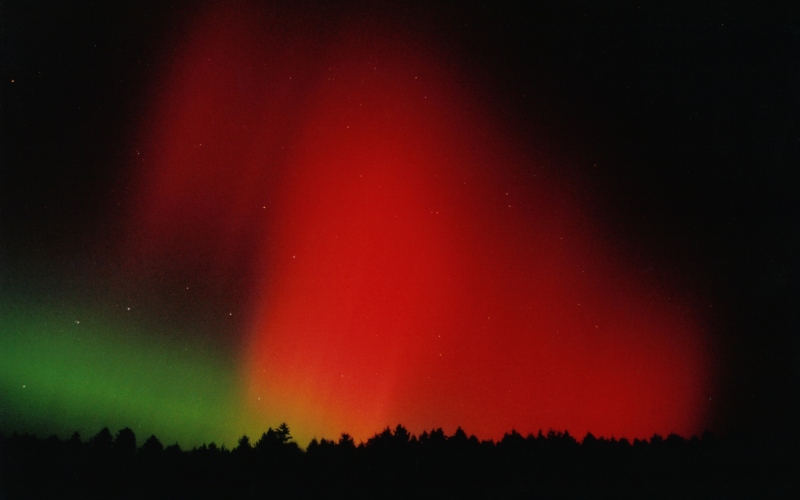 A red aurora borealis in the sky over Germany. This is the same color as the polar aurorae in Spain | Shutterstock

This phenomenon, which occurs frequently at the poles, is rare to see elsewhere. In addition to the eventuality with which the auroras can be seen in southern latitudes, the skies must be clear, there cannot be much light pollution and the sky must be dark. When all these factors take place at the same time, the miracle happens.

The most relevant milestone in the world in this sense took place in 1859, when a very intense geomagnetic storm made it possible to see polar auroras in cities such as Madrid, Rome or Havana. The 19th century phenomenon is known as “the Carrington event“, and it is said to be the most powerful storm ever recorded in history.

Polar Auroras in Spain: Where is the fire?

The 1938 episode is perhaps the most remarkable in terms of polar aurora sightings in Spain. Although, as has been pointed out, at first it was panic that germinated in the minds of those disbelievers who saw the sky turn red with the cry of “where is the fire?”, calm and amazement eventually prevailed. Astronomers reassured the population, while others said that such a phenomenon could not be caused by man. 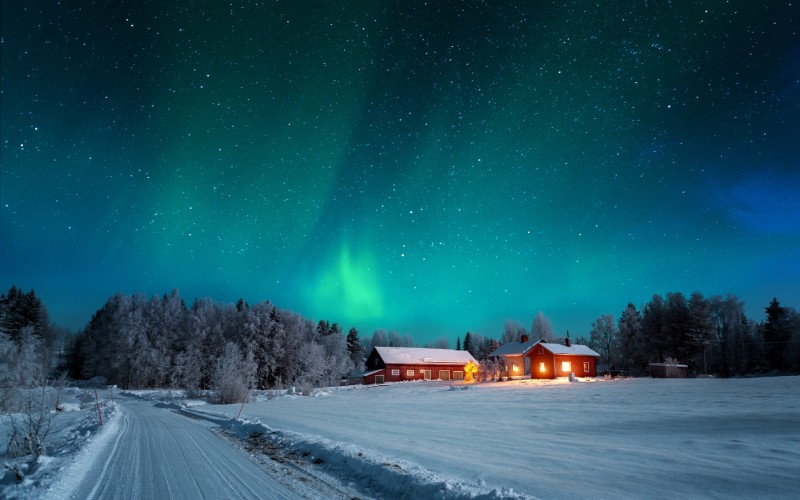 50 years later, the sky was once again tinged with red in Spain and other countries. In this case, in 1989, the northern lights were seen mainly in Galicia. 1706, 1870 or 2000 are also some of the dates that have recorded the presence of polar auroras in southern latitudes. For now, in the 21st century, the phenomenon that could be observed in the country on the night of November 20, 2003, stands out. On that day, a geothermal storm made it possible for the sky to turn colorful again in the vicinity of the Cantabrian Sea and even much further south, in Valencia.

This miracle will probably happen more than once in the rest of the century. Therefore, we will have to be attentive to the forecasts of astronomers and, hopefully, more than one will be the lucky spectator of the spectacle of lights reflected in the sky, the result of the flashes of the armor of the Valkyries who are on their way to Valhalla.

Aragón, cantabria, Galicia, stories
It may interest you...