The Alameda de Hércules, located in the northern part of Seville’s old town, is considered one of the oldest public promenades in Spain and Europe. Nowadays, it is the most popular area, not only in the old town, but in Seville as a whole. The artistic and cultural wealth is concentrated in the surroundings of the Alameda, shops and an interesting gastronomic offer that make it one of the busiest places in the capital.

History of the Alameda de Hércules in Seville 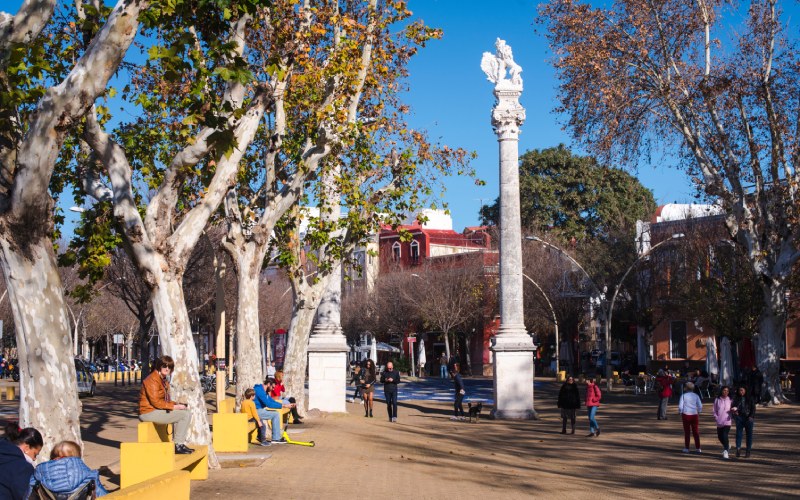 The history of the Alameda begins in an undocumented legend, when the son of Leovigild had the course of the Guadalquivir changed in the year 585, as it passed through this area in order to cause drought to the inhabitants of the city. It was in this place that years later the first civil monument in Seville was erected: the Alameda de Hércules. Its origin dates back to 1574, when Franzcisco Zapata de Cisneros, 1st Count of Barajas, took charge of a project requested by the royal court of Philip II for the drainage of some waste lagoons located in the Guadalquivir. The construction lasted a year and it was possible to drain the marshy land caused by the rise of the river thanks to irrigation ditches. It was also populated with three double rows of poplars and majestic fountains to supply the population.

The two most emblematic symbols of the Alameda were two columns taken from a Roman temple dedicated to Hercules that existed in Calle Mármoles. They were located in the southern part of the Alameda. On one is a sculpture of Julius Caesar and on the other is a sculpture of Hercules. In 1764 great works were carried out, planting more than 1600 poplars, building more fountains and placing two columns in the northern part of the Alameda. These were made by the famous sculptor Cayetano de Acosta and are notable for being topped with two lions bearing the coat of arms of Spain and Seville.

In 1885, “la pila del Pato” was moved from the Plaza de San Francisco and placed next to the columns of the lions. This fountain was of great importance in the Alameda, as the myth spread that it brought luck to bullfighters who were trying to achieve fame. The 1910s and 1920s were its golden years. The Alameda was home to numerous stalls, theatres and drink kiosks. Up to eight establishments with a markedly French style boosted the popularity of the Alameda de Hércules.

From the city’s brothel to a trendy area 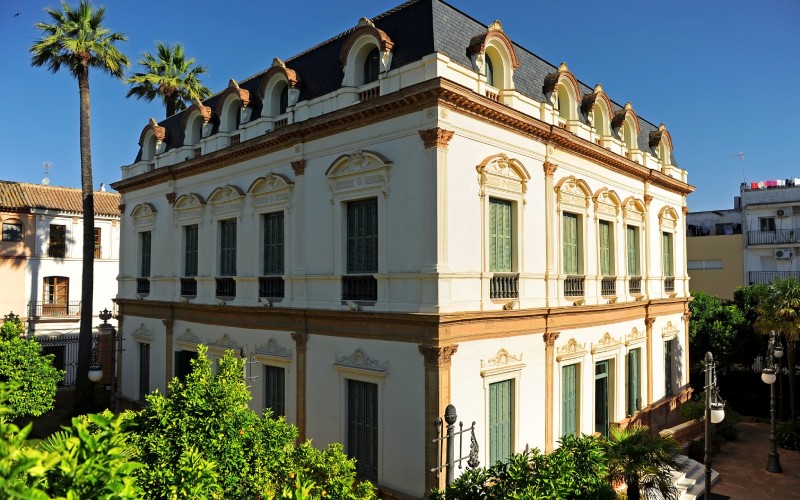 The Civil War put an end to the splendour of the Alameda, which caused the complete decline of the area, where drugs and prostitution were the protagonists for decades. This led to the neighbourhood becoming the largest brothel in the city, with 40 brothels.

Years later, between 1975 and 2004, the Alameda was popular for hosting a Sunday street market that brought together street vendors of all kinds. During this period, the City Council began to restore some areas such as a French-style residential mansion, known as the “Casa de las Sirenas” (House of the Sirens). This former mansion was converted into a civic centre which now hosts numerous cultural activities. In 2008, a major renovation of the Alameda de Hércules was carried out, with more than 3 years of restoration of the area.

Nowadays it has a great cultural and commercial life, being a very busy place both day and night, not only for locals but also for tourists. The Alameda de Hércules has become one of the most emblematic places to visit in Seville.

Curiosities about the Alameda de Hércules 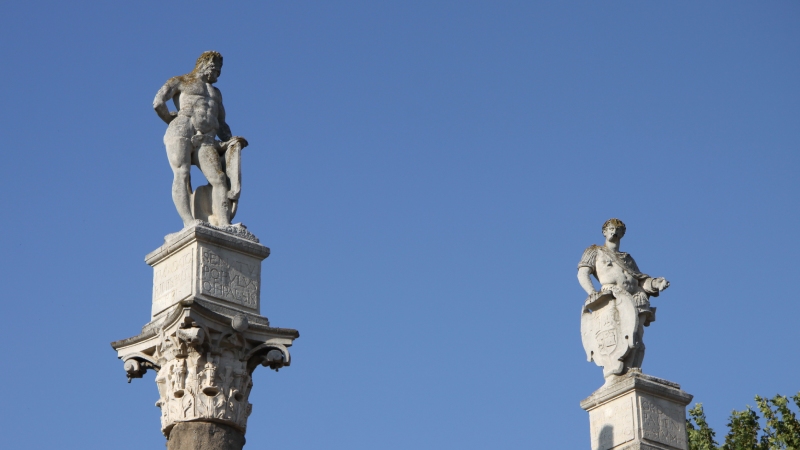 The Alameda de Hércules in Seville is nowadays one of the most prestigious places in the city thanks to its long history. The place is home to numerous curiosities and legends of Seville that are certainly worth knowing. For example, it is the oldest public park in Spain. It became the strolling area par excellence of the Baroque and Renaissance aristocracy.

Its name, Alameda de Hércules, is due to the two large columns at the entrance. On one of them is the statue of Hercules, the founder of Seville according to the city’s legend. Both columns originate from a temple in Italica in the 2nd century, during the time of Hadrian. They were transported in wooden boxes with runners.

According to legend, the Alameda de Hércules promenade suffered a heavy flood in 1649, the same year that the plague epidemic struck the city. Such was the importance of the matter that it is said that ships were able to sail in it. In Santa Ana street, near the promenade, you can find a tile that indicates the level of the flood. In addition, one of the great curiosities of the alameda is that the well-known writer Gustavo Adolfo Bécquer was born in the area, specifically in Calle Conde de Barajas. You can find a plaque indicating what was his home for years.

The Alameda de Hércules has become a meeting point and a landmark in the city. One of the most popular places to visit in Seville, full of a long history and legend of the capital.

Andalusia, Seville
It may interest you...

When Seville had two Guadalquivir rivers and a Visigothic battle diverted them
Seville, in the autonomous community of Andalusia, is a city that has been linked to Más información