Just seven kilometers from the Malaga municipality of Nerja a small watchtower withstands the pounding of the waves of the Mediterranean. Or, rather, the remains of what once must have been and is no longer. Time and the sea wear down year after year what is left of the construction, which is already centuries old. Despite its inevitable path to collapse, the tower of the Miel River is still standing, clinging with nails and rocks to the home that saw it grow. In fact, the stubbornness of the watchtower is not surprising. No one would want to leave the Alberquillas beach, nor the landscape that surrounds it. 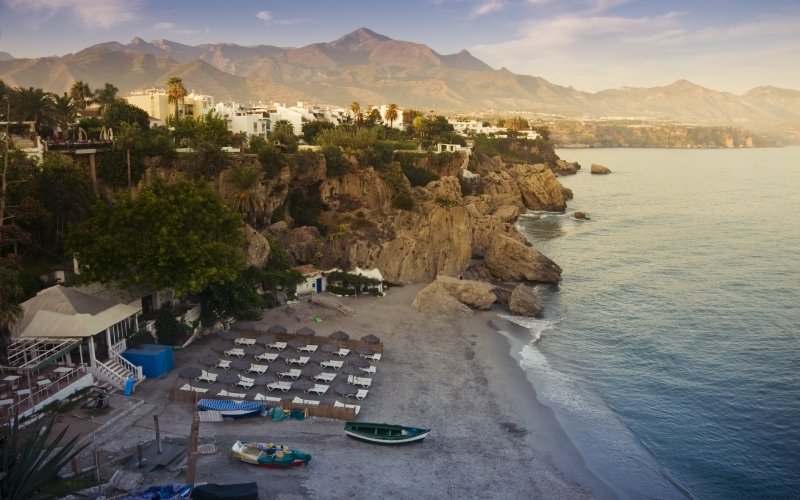 The keys of the Alberquillas: nature and low occupancy

The Torre de la Miel is the point that divides the Alberquillas beach from the Molino de Papel beach. Both sandy formations are integrated in the Natural Park Acantilados de Maro-Cerro Gordo. The protagonist of this article extends through 400 meters of dark earth, whose shores are bathed by crystal clear waters. It is a place of passage to the famous caves of Nerja, but it is perfect to devote a whole day if you are looking for a soak in a sandy area that does not usually host the typical crowds. 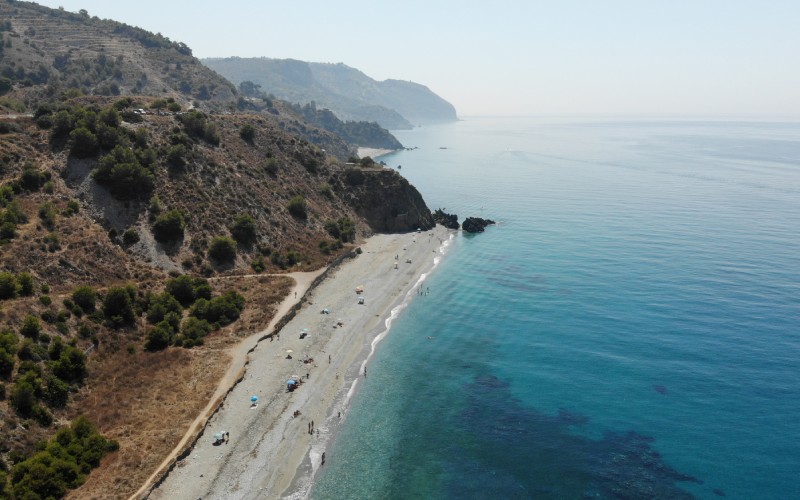 In fact, one of the strengths of the Alberquillas is precisely its low occupancy, possibly derived from its lack of services. In this beach there are no bars, beach bars, hammocks or any kind of service, as it is part of the aforementioned natural space. The only thing that can be found enabled by the hand of man is a shower created from a spring. Therefore, it is a must to bring some food and water and, of course, do not forget to clean up once the stay is over. Another of the strengths of this Weekend Getaway lies in its waters, which are perfect for snorkeling. Also, the Alberquillas allows the practice of nudism.

The tower of the Miel River, a loop of destruction.

The only other sign of man’s presence, apart from the shower, are the ruins of the aforementioned tower of the Miel River. It is estimated that it was first built in the 16th century with the intention of protecting the coast of Malaga from Barbary piracy. However, its continuous exposure to the sea has destroyed it over and over again, so that every time it was remodeled after a few years it was again in ruins. 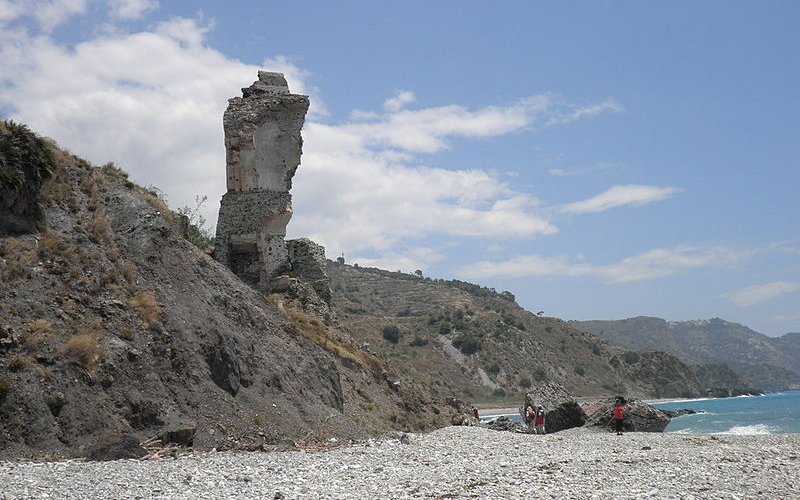 Finally, this masonry construction was declared unusable in the mid-nineteenth century and was finally abandoned to its fate. As a curiosity, between 1940 and 1945 some anti-Francoist guerrillas used the remaining part of the fortification to hide weapons.

Nearby places: cliffs of Maro and caves of Nerja

The cliffs of Maro, which surround the Alberquillas beach, are located between the municipalities of Nerja and Almuñécar and have been declared a specially protected area of Mediterranean importance. Its coves and cliffs, up to 250 meters high, make it easy to find imposing viewpoints from which to enjoy breathtaking views, such as those offered by the tower of Maro. 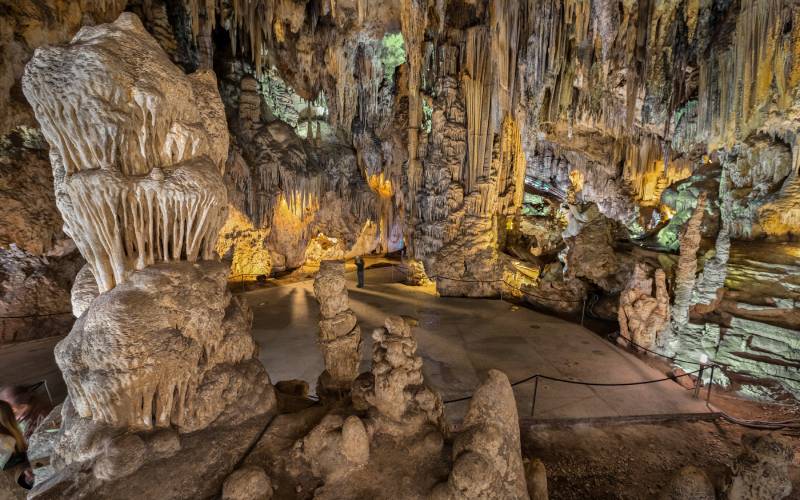 Five kilometers from the beach are a must visit the caves of Nerja, whose entrails house galleries of hundreds of meters and remains of human activity from 40,000 years ago. The walls of the caves have cave paintings around 24,000 years old and its geological formations are of great variety. Some of its columns, stalagmites and stalactites that come together, reach enormous proportions. In fact, one of them, 32 meters high, was declared the largest on the planet by the Guinness World Records. The beautiful town of Nerja or the Balcon de Europa are also nearby places to visit.

The absence of urbanizations or beach bars means that the Alberquillas beach still retains the essence of a natural paradise in the 21st century. Its proximity to the caves of Nerja, declared of Cultural Interest, and its location on the cliffs of Maro make the Alberquillas experience more than just a swim.

Andalusia, beaches, Málaga, nerja
It may interest you...