The municipality of Manilva is located in the province of Málaga, the link between the Costa del Sol and Gibraltar. To the north is the municipality of Casares, Andalusian white village known for its landscape, the east is located Estepona, fishing port that has now become a tourist town.

Manilva is formed by three main population centers. The main one is the one that gives its name to the municipality, there is also the coastal village of San Luis de Sabinillas, popularly called Sabinillas, and the core of the Duquesa castle, a very well known fishing village. However, it is also made up of other urbanizations. Among all the things to see in Manilva we must highlight its beaches and archaeological sites, the perfect way to combine peace and cultural tourism.

Must sees of Manilva and its surroundings 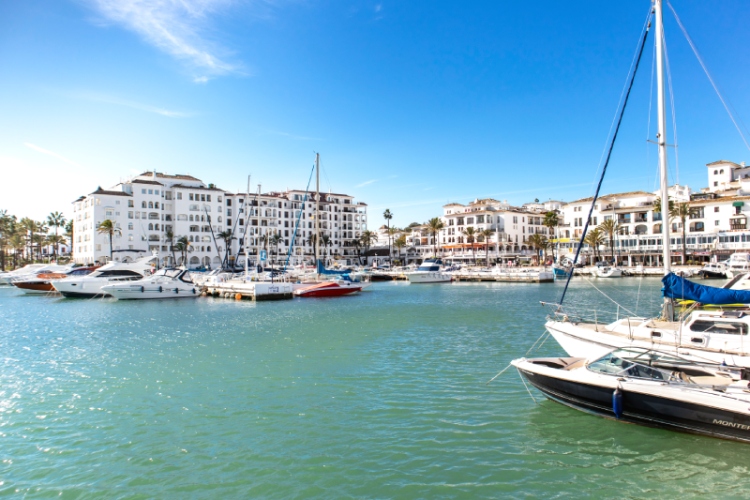 As a must see in Manilva is the castle of La Duquesa, located next to the beach of La Duquesa. The fortress was built during the reign of Charles III, specifically in 1767. As it is located near the coastal town of Sabinillas, it is also called Fortín de Sabinillas.

Taking advantage of the fact that the Romans had left some walls in the area, this castle was erected. Thus, some of the materials used in its construction were part of that ancient Roman villa. The castle was built in the 18th century with the aim of protecting the coast from the attacks of corsairs and pirates that often followed one another. Thus, the structure of the fortress had a detachment for the infantry and another for the cavalry. It also had a kitchen, a hayloft and a chapel. It is also worth mentioning the Archaeological Museum of Manilva, hidden inside the Duquesa castle. Some of the objects here date from the 1st century AD to the 5th centuries. 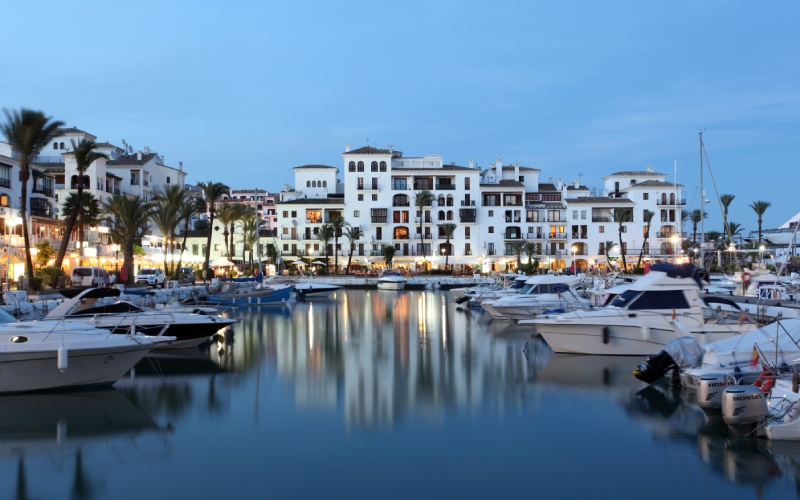 The Duquesa port has a magical air. | Shutterstock

Puerto de la Duquesa is located in the municipality of Manilva, between Marbella and Sotogrande. This port is the most western port in the province of Málaga. It is remarkable for its 328 moorings ranging from 8 to 20 meters in length. At the same time, the enclosure has a dry dock. It is the center of greater tourist activity in the municipality of Manilva. The offer is completed with urbanizations and hotels in which to rest.

In this maritime municipality there is a wide gastronomic offer in which foreign dishes are combined with restaurants of Mediterranean recipes. Fish is one of the most popular ingredients used in the cuisine of this town. One of the most characteristic dishes is tomato soup. 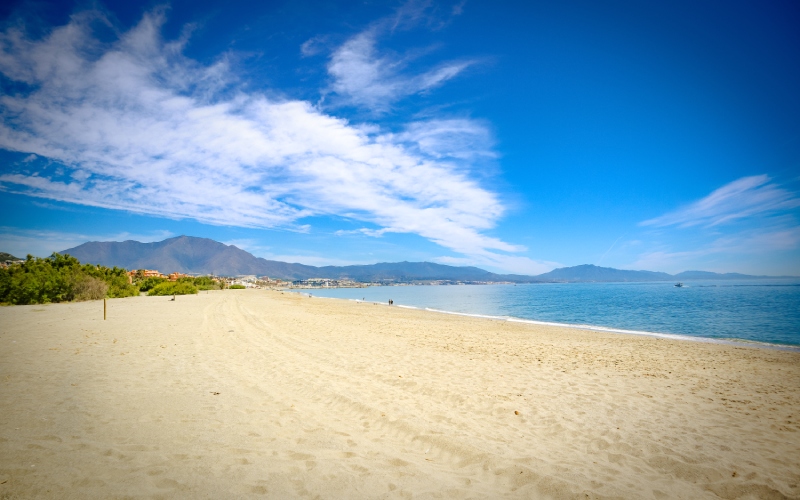 Its more than 8km of beaches make Maniva an ideal destination. | Shutterstock

Manilva is located in a privileged area of the Costa del Sol, so its beaches are a fundamental part of the municipality. With more than eight kilometers of fine sandy beaches, the waters of its beaches are very well maintained. In addition, the beaches have all kinds of services and have the Blue Flag of the Seas of Europe. Some of the most important beaches to visit in Manilva are the beach of La Duquesa, Punta Chullera and Sabinillas, among others.

The beach of La Duquesa is equipped with all kinds of services such as showers, beach bars, restaurants… Very close to it is the Castle of La Duquesa and the marina of La Duquesa. Its extension is 1,600 meters long. It is located in an urban area, although it has no promenade. The waves are usually moderate.

Located in the coastal village of San Luis de Sabinillas, this is the busiest beach in Manilva. Sabinillas beach has all the necessary services, from bathing huts and showers, security, restaurants and bars, is adapted for people with disabilities … With an area of 1,700 meters, is striking for its calm waters and dark sand. It has the Blue Flag of the Seas of Europe and many fishing activities are carried out there. For example, species such as sea bream, grouper and snapper, among others, are fished in the rocky areas.

Punta Chullera beach has beautiful coves and low cliffs. Its clean and crystalline waters and diversity of marine species make it a beach of ecological richness and scenic interest. The remains of the Torre Chullera can be found at its western end.