Fuengirola is a town in the province of Málaga in the Autonomous Community of Andalusia. It is currently a large tourist centre with up to 250,000 inhabitants in the summer. It offers a great gastronomic offer and services that make it a first class environment in terms of sun and beach. The proximity of other similar places like Torremolinos or Estepona, as well as the possibility of going to inland areas like Ronda, makes it a perfect stop for a long getaway. Likewise, the A-7 allows a quick access to Cádiz, through San Roque and Algeciras. 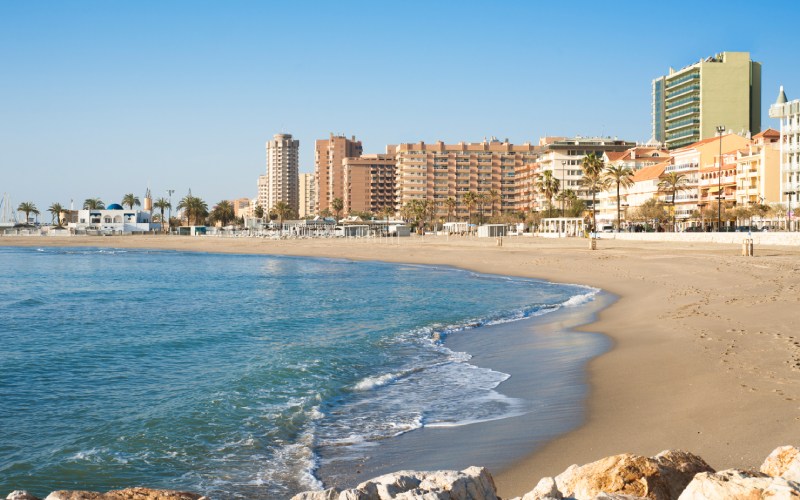 Fuengirola view from the beach. | Shutterstock

This town in Málaga borders on the municipalities of Benalmádena and Mijas to the north. To the east is the Mediterranean Sea. This municipality at very little height above the sea level is basically urban. This means that the only important presence of fauna is made up of birds like the Cory’s shearwater, the Atlantic gannet or the common stork.

Its old town meets around the Plaza de la Constitución. The Los Boliches district, one of the most visited by tourists and where there is a magnificent beach with a family atmosphere, is worth mentioning. With a climate with average temperatures of 18ºC, it stands, like other towns on the Málaga coast, as an eminently tourist destination. Rincón de la Victoria or Torrox are some of the examples. 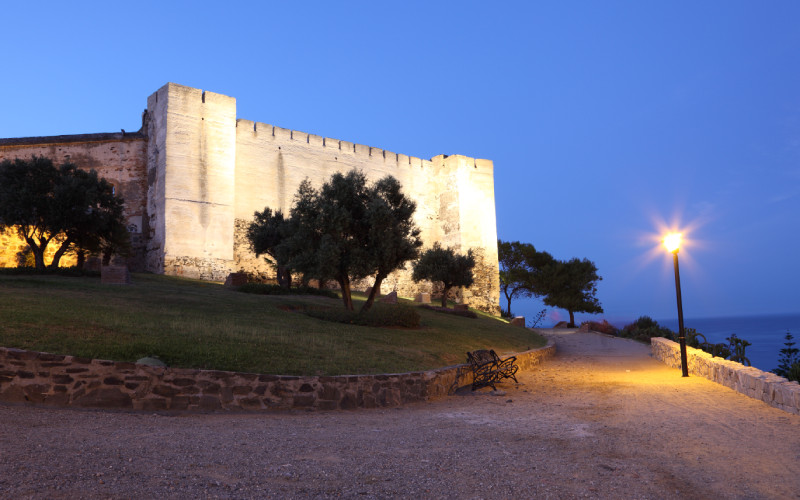 Its history, like most of the towns on the Málaga coast, dates back to Phoenician and Roman civilizations. Prior to that, in the same place, there are remains of an Iberian-Punic population in the area now occupied by the Arabic castle. This is the town of Suel, which later became known as Fuengirola. There are many remains of the Roman presence on the coast of Fuengirola, such as the thermal baths of Torreblanca and the Roman villa of Finca del Secretario.

Towards the Middle Ages there was a decline of Suel for several reasons. Part of the population emigrated to Mijas and there were some pirate attacks and destruction by tidal waves. Later there was a period of Arab domination and its name was changed to Suhayl or Sohail, the name of the brightest star in the southern hemisphere. It was dedicated to farming and fishing until it was, again, abandoned and reduced to a miserable hamlet.

The name was changed again to Font-jirola. As in so many other places after the reconquest, there was an attempt to repopulate it, which in this case was not very successful. The only inhabited enclave was the castle, which took over the coastal surveillance. From the 18th century onwards, an inn arose on the other side of the river and a small village called “La Venta de Fuengirola” began to form around it. In 1841, this town achieved its emancipation from the municipality of Mijas.

In 1916 the railway arrives to the city and from there they start to build hotels in the first line of the beach. Since the 1960s, Fuengirola has become one of the largest tourist destinations on the peninsula. Thus, it keeps parallels with other places in Andalusia as Sancti Petri, in Chiclana. 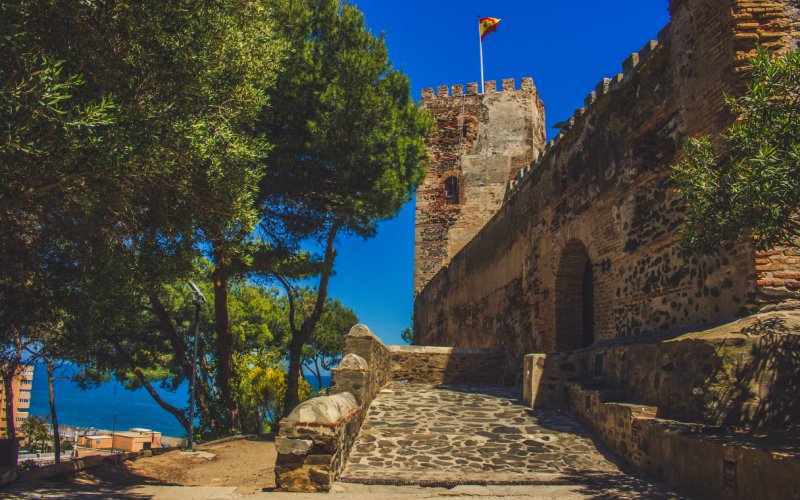 A must see, not only historical, but also to enjoy the best views of the coastline. It is in an excellent state of conservation. Built by order of Abderraman III in 976, today it is an open-air auditorium. There are few remains from the time of the Arabic alcazaba. Nowadays it is one of the symbols of Fuengirola and its use is dedicated only and exclusively to leisure. It hosts great events such as the Fuengirola City Festival, the Medieval Market or the Beer Festival.

Its construction on top of the hill is understood to be for purely defensive reasons. Its location on the maritime border ensured the control of the river which was the communication route with the inland cities. Likewise, it watched over the land communication route between Málaga and Marbella. A tower was built on each side, the highest of which is known as the keep. The interior of this medieval castle was made up of the soldiers’ homes and other rooms to receive travellers and merchants. During the reconquest the Christians recovered the building. From the 18th century onwards, a reform was carried out to accommodate more troops who were careful to avoid smuggling in that part of the coast.

View of the old town of Fuengirola and Plaza de la Constitución. | Shutterstock

Named as such in 1841, it is the main square where the surrounding streets converge and the commercial area of Fuengirola is located. This is also where the Calle del Hambre is located, a place where most of the restaurants are concentrated. Special mention should be made of the monument to the Magna Carta and, right opposite, the magnificent Árbol de las Pelotillas (Ball Tree), an ancestral witness to local history.

Here we find the baroque church of Nuestra Señora del Rosario, patron saint of Fuengirola, the oldest Catholic temple in the city. This square hosts different activities among which the Christmas market is worth mentioning. 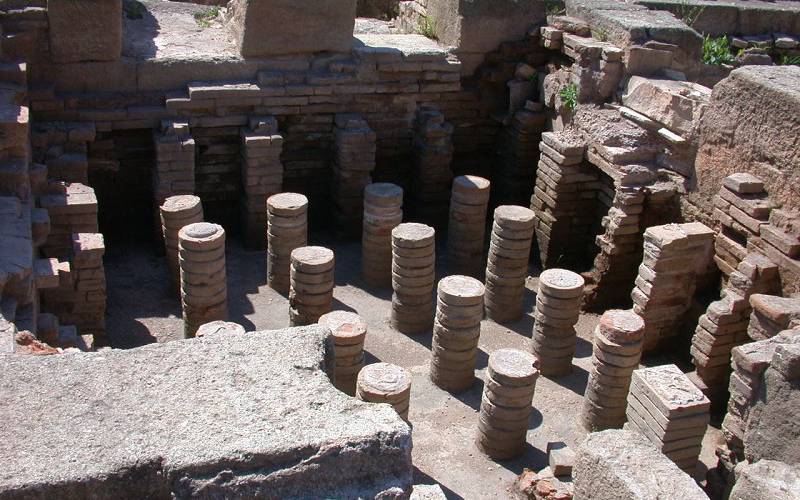 A Roman villa that integrates an urban and industrial part as well as other parts of the area; such as Torrox or Rincón de la Victoria. A salting factory, a pottery and some thermal baths with some of their elements that were in operation from the first to the fifth century. In this site it is worth mentioning the discovery of important pieces such as the Venus of Fuengirola and some agricultural tools. As for the thermal baths; there are remains in an excellent state of conservation that make it the most complete of all those in the province of Málaga. This places it on a par with other very famous ones in Spain such as Puras, in Valladolid.

The thermal baths of Torreblanca

It dates back to the second century and presumably was in operation until the sixth century AD. It was declared a BIC in 2005 by the Andalusian Government. As in the Finca del Secretario, there is a salting factory and some thermal baths, to which a necropolis must be added. 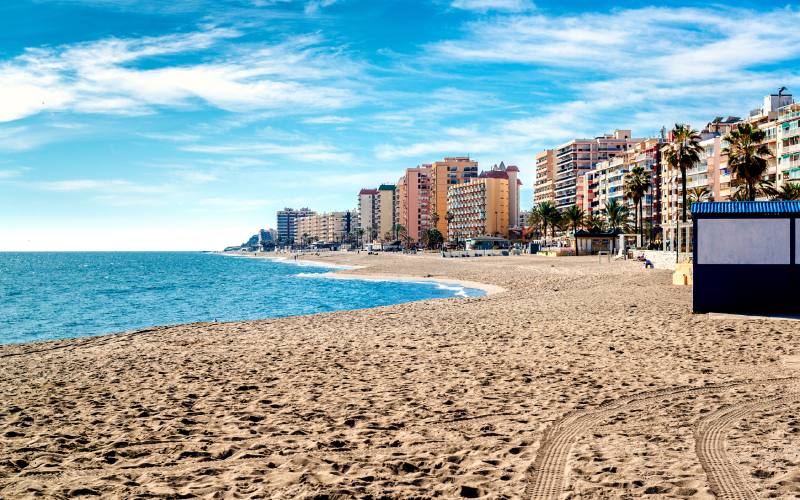 In total about 8 km of golden sand beaches, unlike many of the other beaches on the coast of Málaga. To all this must be added its 8 km of promenade, which makes it the longest in Spain. This promenade is a must and is full of shops and beach bars.

The beach of El Castillo, at the foot of Sohail Castle, is totally accessible to people with reduced mobility. With a varied gastronomic offer and a whole range of services; it will turn your stay into a real pleasure. It connects with a bridge to the beach of Santa Amalia of calmer waters and more familiar mood.

Next, the San Francisco beach is the one that offers the most services and is one of the most popular on the entire Costa del Sol. It is advisable to arrive early in the morning. In general, all the beaches in Fuengirola have calm waters and sand that must be renewed annually.

Fuengirola, a good destination for children 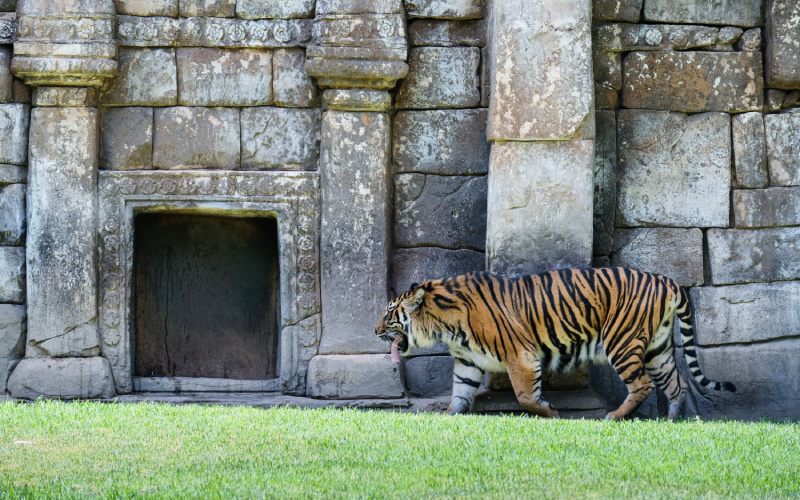 If you travel with children, this is an ideal destination. And not only because of its beaches and surroundings but also because of the various theme parks. These were designed to make the most of the enviable conditions of the Costa del Sol.

Bioparc, for example, is one of the ideal destinations to go with children. It is a natural reserve with special programs dedicated to the conservation of species. Similarly, Costa Water Park has different inflatable platforms for the enjoyment of the little ones. The Sould Park is another of the offers dedicated to children, with many attractions and even an 8D cinema.