A holiday in Andalusia has many possibilities. Without going any further, the province of Malaga has an infinite number of very interesting places. For example, in Torremolinos you can find the Casa de los Navajas. This building sits on a cliff, which is one of the most interesting points of its attraction. Furthermore, it is located facing the beach of El Bajondillo, so its views are worth admiring, especially at sunset.

In addition to all this, there is beautiful architecture and a remarkable history. It is not surprising then that the place was declared of Historical Interest by the Ministry of Culture of the Andalusian Government in 1991. Nine years later, it was the Town Council of Torremolinos that obtained the mansion. Although it was not until fourteen years later that its doors reopened to the public after its restoration. 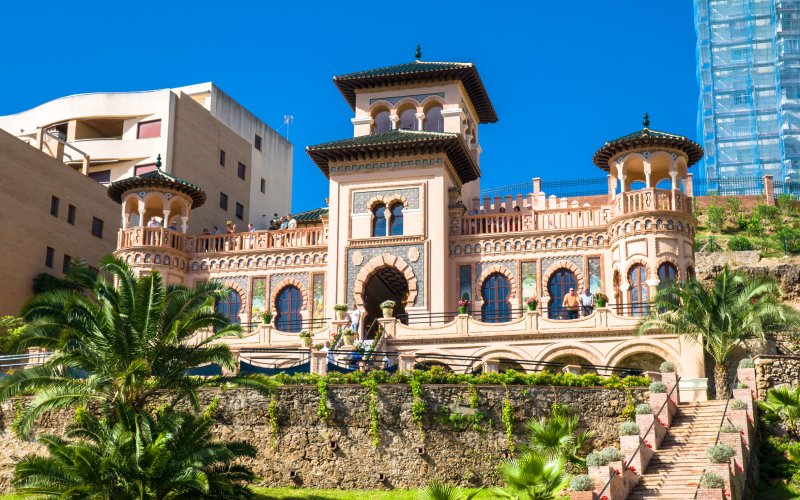 His dream was to build a house in front of the sea. | Shutterstock

A construction that is the result of the sugar boom

The construction of this historic mansion began in the 1920s. It is estimated that it was built between 1925 and 1926. The person in charge of setting it up was a businessman called Antonio Navajas. His field was the cultivation of sugar cane, one of the most prosperous businesses at the time. In fact, his fields are now the site of Malaga-Costa del Sol airport.

Antonio Navajas always wanted to live in front of the sea, so he had his house built on a property that he knew was perfect. He did so under specific specifications, as he wanted his exterior architecture to be in the Neo-Mudéjar style. Such a style was very popular at the time, as can be seen in the north, in a multitude of indiano houses. Its interior was intended to be reminiscent of the Alhambra in Granada. Meanwhile, the ground floor would be an ordinary house, with rooms, an office, a dining room… The second floor, thanks to its two towers, would serve to admire the views of which it still shows off. 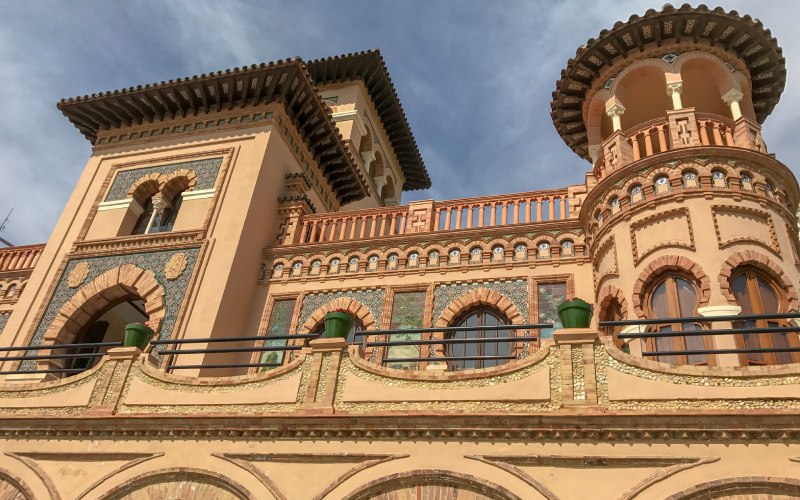 A clear example of Neo-Mudéjar on the Costa del Sol

As mentioned above, one of the most interesting features of the Casa de los Navajas is its architecture. It was built in the Neo-Mudéjar style, a movement that began at the end of the 19th century and the beginning of the 20th. Other representative examples of it can be found, at a local level, in the bullring of La Malagueta. Also in the old Casa de Correos and current seat of the Rectorate of the University of Malaga.

The house, which covers almost 340 square metres, is renowned for its Sevillian exterior tiles. With perfect geometrical shapes, they are lined up with the main façade, which is an allegory of three seasons. Since it is located on the beach, they decided to obviate the winter from the decoration. It is also interesting to note the ceramic decoration of the belvederes, all with costumbrist motifs. 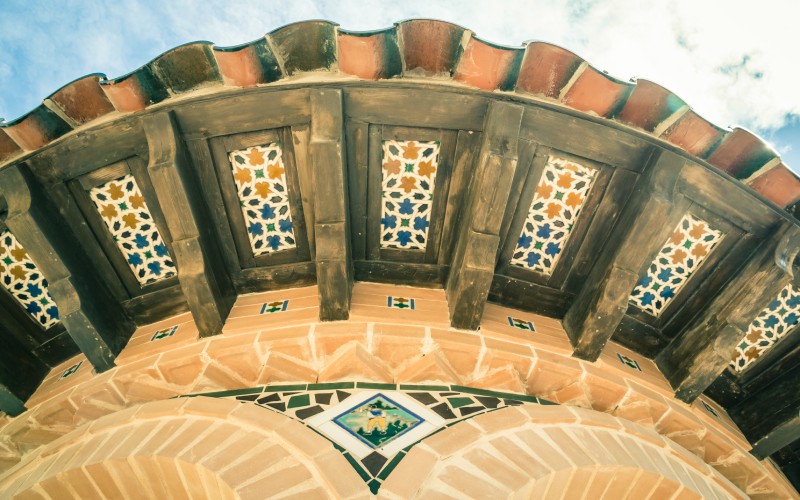 Arches of the minarets where you can see a tile with the wanderings of Don Quixote. | Shutterstock

Since 2014, after a campaign of remodelling, the town council of Torremolinos has made the site accessible for visits. Thanks to this it is possible to contemplate the interesting interior. Moreover, the entrance is totally free and the walk does not last more than half an hour. Its arches and plasterwork, inspired by romantic Islamic architecture, are outstanding.

Similarly, in the arches of the minarets you can see some tiles that show the adventures of Don Quixote. However, this is not the only cultural reference that can be seen in the house. There is also the eight-pointed star of the Tartessos or the inscriptions that range from Arabic to Hebrew. The inlaid furniture that is still preserved was brought expressly from Granada. 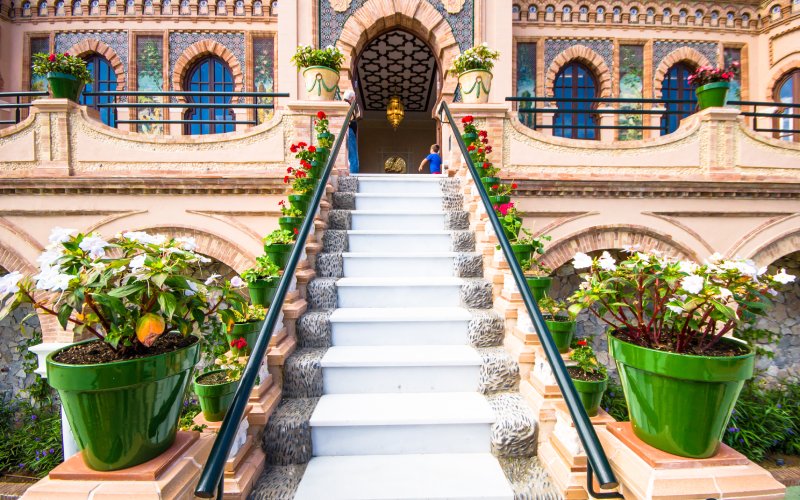 Curiosities and surroundings of the Casa de los Navajas

Among the curious facts about the Casa de los Navajas, for example, there is a requirement for its transfer. The town council acquired it as long as it allowed the last of the Navajas’ daughters to live there for three more years. After that, after a rehabilitation of the place, it is now possible to celebrate weddings, first communions and other celebrations. It has also been the venue for concerts and even plays. The history of its great exterior staircase is also interesting. It shows the date when the family that built the complex began to live there. Details and hidden clues perfect for satisfying your curiosity.

In front of the palace is the well-known beach of El Bajondillo, where thousands of people gather every summer. To reach both landmarks you only have to look for the street that gives its name to the beach. It is also possible to access the beach through the Via de Las Mercedes. You cannot miss it because you will soon see the mansion. Today it stands out even more than at its birth as a contrast to the tourist hotels built behind it. 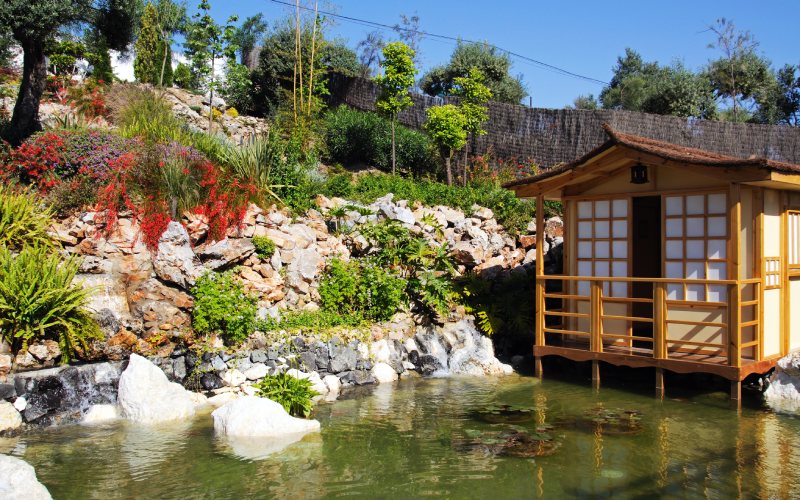 Although it has become one of the most emblematic places to visit in Torremolinos, it is not the only one. Not far away is the spectacular Botanical Garden of Torremolinos. Also nearby is the Torre del Molino, which is why the Costa del Sol is called this way. You should also take into account the promenade that can be seen from the top of the Casa de los Navajas. Another space to visit is the Plaza de La Nogalera in the well-known San Miguel street.

Not to be missed is the female figure at the top of a column called the Monumento al Turista (“Monument to the Tourist”). This sculpture is 20 metres high and divides the local people into different opinions. The same is not true of the famous Arco de los Besos (“Arch of Kisses”). With the slogan “Torremolinos enamora” (“Torremolinos makes you fall in love”), it is located in the Plaza Costa del Sol. As it could not be otherwise, it was inaugurated on February 14th. As a culmination, following the coast, is the extraordinary and also recent Castillo de Colomares. Built between 1987 and 1994, it aspires to be the tomb of the explorer Christopher Columbus.