A fortress on the Lake of Andalusia

This spectacular urban complex is arranged around a medieval fortress. The construction of its reservoir has made it even more beautiful, turning it into a peninsula. It was the scene of uprisings and massacres during the rule of the Emirate of Córdoba. Later, in 1861, its workers staged a notorious uprising. Learn about the history and the best things to see in Iznájar.

Plan your stay in Iznájar

In addition to the exterior views from the access points, the most striking thing to see in Iznájar is its beautiful cemetery. Located on the top of the village, very close to the castle, it makes up a unique complex. In summer, as in many towns in the area, it is advisable to be careful with the heat. Thetown of Archidona is easily accessible from the A-92. Likewise, another alternative to extend the trip is to go to the provincial capital, Córdoba.

The best hotels and the highlights of the local gastronomy are explained in the pages about sleeping and eating in Iznájar. Likewise, another of the attractions of the place is based on the possibilities of practicing active tourism, both in its reservoir and in the nearby Sierras Subbéticas Park.

Where to eat in Iznájar
Where to sleep in Iznájar

Knowing the local history is a good incentive to better appreciate what to see in Iznájar. Thus, the place name comes from the Arabic words hisn (castle) and ashar (joyful). It is believed, however, that it was occupied for many centuries before by Iberians and Romans. An old Romancero gives the name of Angellas to the town and associates it with the Roman period.

From 742 it became part of the Cora de Rayya, whose capital was in Archidona. Towards the end of the 9th century the area came under the control of the rebel Omar Ben Hafsun, a muladi who for several decades successfully fought the Caliphate of Córdoba. Thus, during 886 Iznájar was besieged by the troops of the Emir of Córdoba Al-Mundir. He did not hesitate to be cruel and he went on to murder the majority of the population.

The continuous and bloody reprisals greatly frightened the local inhabitants. Because of this, in the year 911 and to avoid further reprisals, they murdered the rebel leader. The head of the muladi Fadl ben Salama was sent to the emir of Córdoba as a sign of submission. As a reward for his later loyalty, Abderraman III rebuilt the castle. Thus, it became practically impregnable due to the steepness of the hill that houses it.

When Almanzor died and the Caliphate of Córdoba broke down, the Berber leader Habus Ben Maksan conquered Iznájar. Thanks to this he acted as head of Taifa until 1019. Then, Granada replaced it as the capital. From then on, the fortress acted as an advanced defense against the Castilians.

During 1341, Alfonso XI arrived to its walls. However, bad weather prevented the consequent siege from taking place. Twenty years later Pedro I, helped by the deposed Muhamed V of Granada, took Iznájar. However, when the Nasrid monarch recovered his kingdom he did the same with this town in Córdoba.

The final takeover occurred on 4 December 1431. John II was responsible for making it pass for the last time into Castilian hands. During 1468 it entered the jurisdiction of Juan Fernández de Córdoba, Lord of Baena and Count of Cabra. In this way he also became Viscount of Iznájar.

On June 28, 1861, a group of 600 day laborers led by Rafael Pérez del Álamo assaulted the Guardia Civil barracks. The slogan they shouted was “Long live freedom and death to the queen”. On the next day, after gathering some ten thousand troops, they sacked Loja. The rebellion lasted a week, until the army troops arrived.

What to see in Iznájar

The tour of what to see in Iznajar starts at the arch of the ancient wall. This is the old entrance to the Muslim medina. Nearby is the Casa de Cultura, which houses the Museum of Farming and Popular Traditions.

Wandering among white houses with blue flower pots, one ascends to the Iznájar Castle. Its layout dates from the 8th century, although it was reformed until the 15th century. Finally it was adapted as the residence of the administrator of the Lord of the place, the Duke of Sessa, who arrived in the 18th century. Most of the visible sections of the wall were built in the 11th century.

The Church of Santiago (1547-1638) stands very close to the Castle of Iznájar. It has features typical of a Renaissance temple. In addition, it has a beautiful coffered vault and the main altarpiece from the Baroque period. It was built by Hernán Ruiz the Younger. On the other hand, its tower inspired the poem by Rafael Alberti Torre de Iznájar, which appears written on a tile. Without going far, you can access a small and wonderful cemetery. Extraordinarily well cared for, it offers impressive views of the surrounding area. Possibly one of the most beautiful cemeteries in Spain.

In the town center stands out the modest and curious Patio de las Comedias. This place to see in Iznájar provides spectacular views over the reservoir. On the other hand, the Casa de las Columnas stands out among the local houses. It has an attractive 18th century façade and was once the residence of the Counts of Albi.

The Hermitage of the Virgen de la Piedad (17th century), also known as La Antigua, houses the Baroque image of the Virgin of the same name, patron saint of the town. Iznájar’s Holy Week is also noteworthy in the sacred sphere. This has the particularity of including a representation of the Passion of Christ executed by the villagers.

The Iznájar Reservoir is in itself another key place to see in Iznájar. Because of its dimensions it is known as the “Lake of Andalusia”. Its shore is 100 km long, with 32 meters in length. Such size allows the practice of several water sports.

There are parking areas in the vicinity of the Plaza de la Venta and in the Paseo de la Coronación.

Other notable festivities to see in Iznájar are these. The Feria Chica (third weekend in June), Feria Real (from September 7 to 11, in honour of the Virgen de la Piedad, patron saint of Iznájar), Chascarrá (dance in pairs, at the end of the olive harvest) and El Cante de los Poetas. 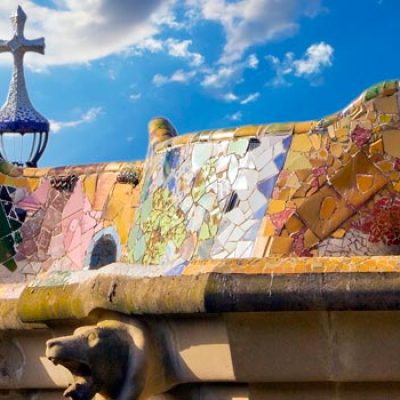 Gorg Blau, a paradise among the mountains of Mallorca
The largest of the Balearic Islands is always associated with tourism. Along with Ibiza, Formentera Más información

Congost de Mont-Rebei, a breathtaking gorge between Huesca and Lleida
Gorges are one of the most attractive geographical elements you can imagine. Vertical spaces that Más información

Stargazing in Extremadura from the Most Spectacular Viewpoints
Light pollution is something that most people, especially those in big cities, live with. However, Más información

Spanish Virtual Museums to Visit from Home
Going to a museum no longer requires being in the actual place. Although there is Más información