During the Civil War, Almería suffered 52 air and sea bombings. A total of 754 bombs were dropped. One of the most sadly remembered actions was the bombing of the city by a Nazi fleet. This was an action of revenge for a Republican attack on Ibiza in which Hitler did not hide his flag, unlike in Gernika. Among its consequences was the acceleration of the plan to build an enormous complex of underground shelters, which allowed almost all the people of Almería to enter. Four kilometres of tunnels were needed to resist the continuous attacks by coup leaders, Italians and Germans who today look restored, remembering their disastrous past. 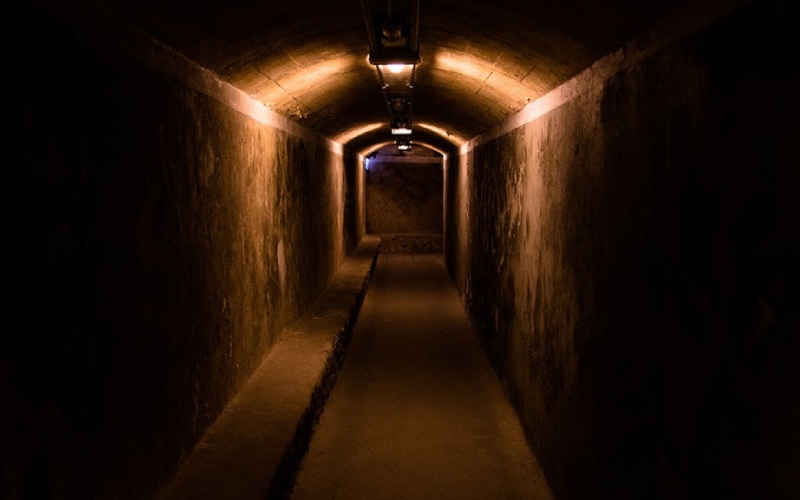 When the civil war broke out, the government of Almería dismissed the initial idea of building shelters for the civilian population because of their high cost. Provisionally, as in many other places, people made private shelters and used certain public buildings for shelter. Among them were the bullring, the art school or churches. A large part of the population also hid from the bombs in the Iron Ore deposits of the Andalusian Mining Company and in the Caves of La Chanca.

Finally, in 1937 the “Project for Bombing Shelters in the City of Almería” was started thanks to both public and private contributions. The underground was designed by the local architect Guillermo Langle Rubio. He was assisted by the mining engineer Carlos Fernández Celaya and the civil engineer José Fornieles.

The work took a total of 16 months and made use of the tracks and railway sleepers of the abandoned Sierra Alhamilla railway. With a total length of more than 4 kilometres, they had the capacity to accommodate up to 40,000 people. It is worth mentioning that they had ventilation through 100-millimetre diameter uralite tubes designed to resist possible attack by hand grenades. 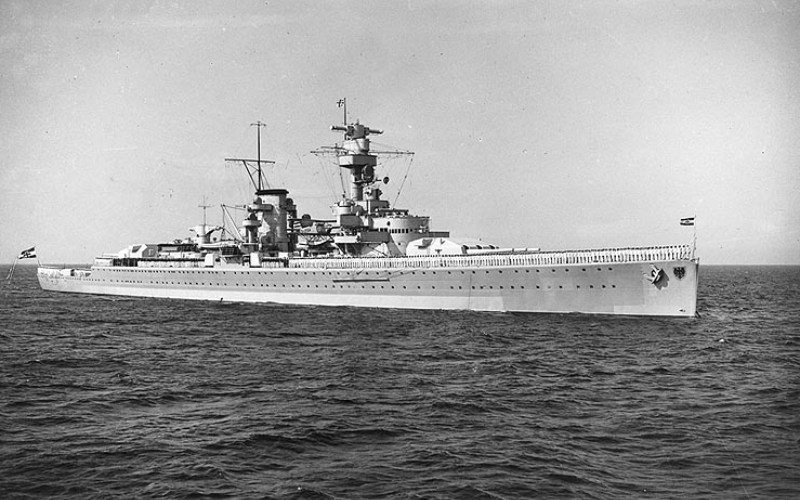 The attack on the ship Deutschland led to the bombing of Almería. | Wikimedia

Avalanches were also prevented by arranging inlets and outlets to act as a screen in the event of a grenade explosion. The bulbs were also fitted with two copper wires for power supply. There was a pantry and an operating theatre, all specially designed to safeguard the lives of civilians. In total it was nine meters deep and had 67 accesses.

One of the most tragic events in the city demonstrated the need for the complex in May 1937. This attack was perpetrated by Hitler as revenge for the attack on one of his ships, the Deutschland, in Ibiza. A fleet razed the city for an hour, leaving 19 dead, 55 wounded and 35 buildings destroyed. The dictator initially thought of attacking Valencia, the head of the Republican government, but withdrew and opted for the easier target. 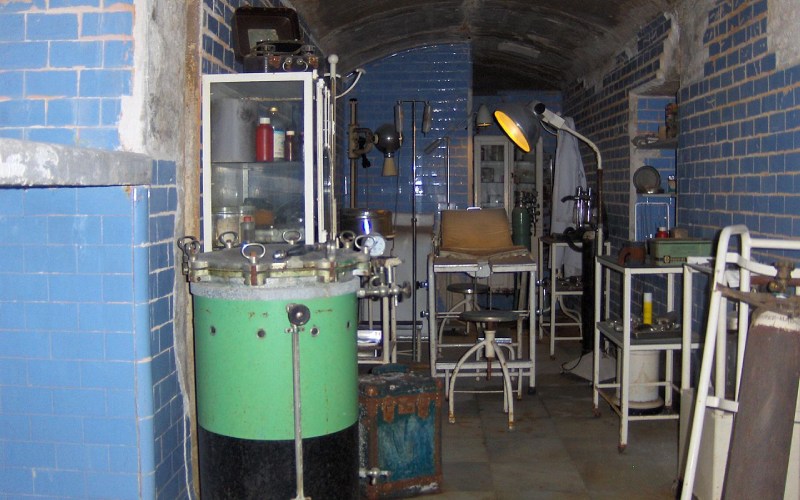 Life after the Civil War in the shelters of Almería

At the end of the war, the same architect, Guillermo Langle, came up with an original idea to blind the accesses to the shelters. A series of stands became part of the city’s urban furniture. In fact, today it is still possible to contemplate some of them in the squares of Urrutia, Conde Ofalia and the Virgen del Mar. The galleries have never been used again, although they are still under the city. Before the end of the conflict, the use of the galleries as a sewerage system was considered. However, during the Franco regime the passages fell into oblivion and went unnoticed by the people of Almería until 2001. During some works for the realization of an underground parking in the Rambla Obispo Orberá they were found by chance. 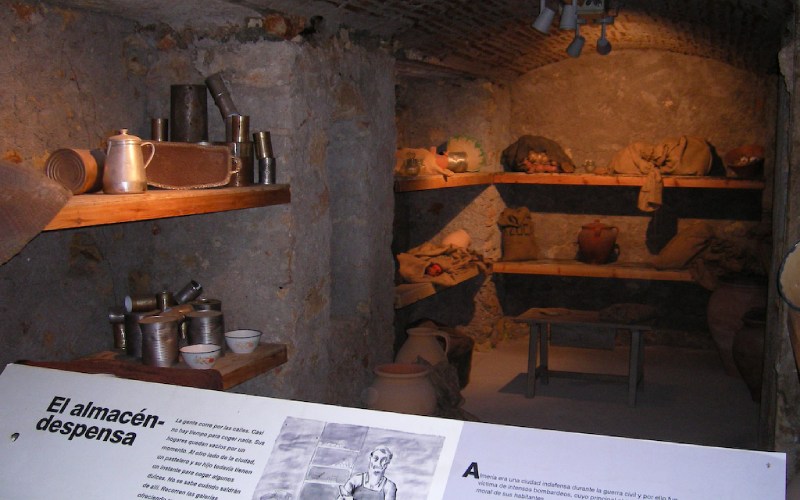 It was planned at that time that its rehabilitation would be carried out by the architect José Ángel Ferrer. At that time, vestiges were found before the shelters, such as those of the Puerta de Pechina, the gateway to the old walled city. The access pavilion was located in Manuel Pérez García Square and the exit in Pablo Cazard Square. In addition, three other old entrances were fitted out as emergency exits. All the work was finally completed at the end of 2006. 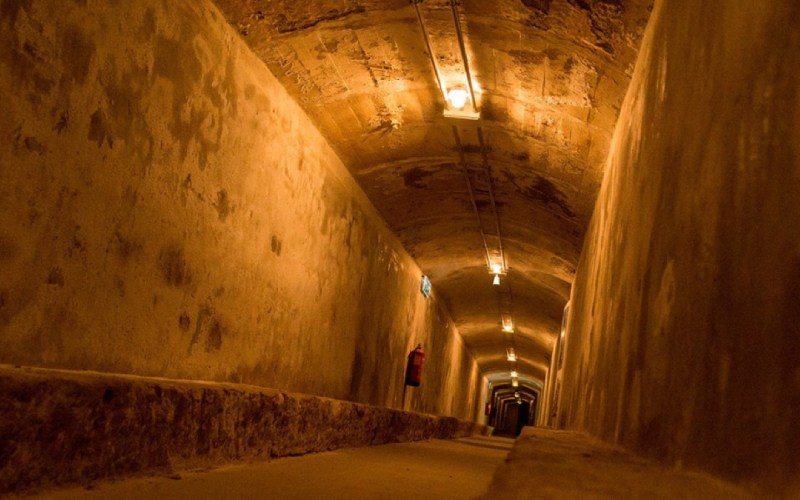 These galleries in Almería were used to protect themselves from bombing during the Civil War. | Turismo de Almería

Today it is one of the best preserved underground shelters in Europe. The network of Places of Historical Memory of the Junta de Andalucía included the refuges in its list because of their uniqueness. It is curious to know that some of the entrances were private and accessible from the homes of wealthy people. On the other hand, there were many people who left the doors of their homes open in solidarity during the bombings so that everyone could come and take shelter, making it easier to enter the refuge. In the shelters it was not possible to smoke or carry weapons of any kind. Nor could they talk about politics or religion, in order to avoid confrontations. Nor could the children be left alone. 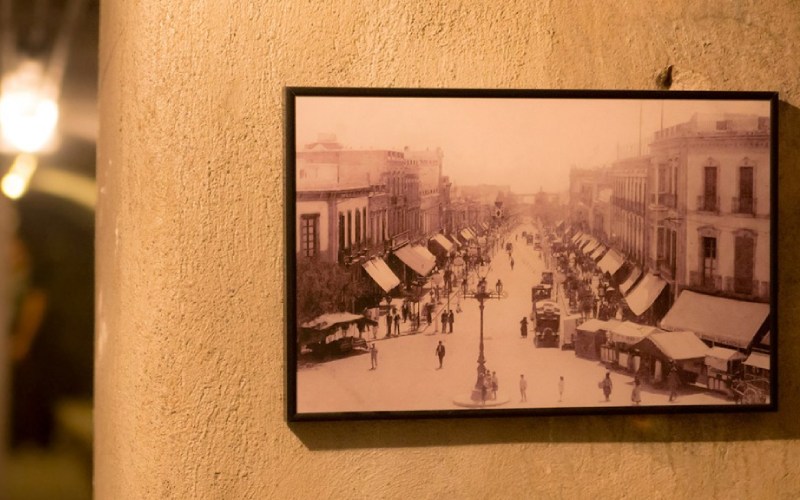 Currently, of the more than 4 kilometers initially designed, one has been recovered. This is the one that coincides with the main artery of the Paseo de Almería. In it, different spaces have been recreated such as the pantry, the Guillermo Langle shelter and the operating theatre with all the details and even the instruments of the time. The visits are carried out throughout the year. The monument is accessible for the disabled and it is possible to take guided tours. As a curiosity, these shelters have served as the setting for the horror film Al sur de Guernica directed by Xavier Cruzado.

Almería, Andalusia, provincial capital
It may interest you...