The Mediterranean is full of secluded viewpoints, imposing cliffs, enchanting beaches and beautiful villages from which you can witness one of nature‘s most inspiring spectacles: sunsets.

This play of colors over the sea seems even more special when you are on a trip and, fortunately, you don’t have to go far to see the most beautiful ones. It is possible to trace a route through the best places in Spain to enjoy stunning sunsets over the Mediterranean. And the sky over this sea has always had a special light.

Cape Creus, the easternmost point of the Iberian Peninsula. 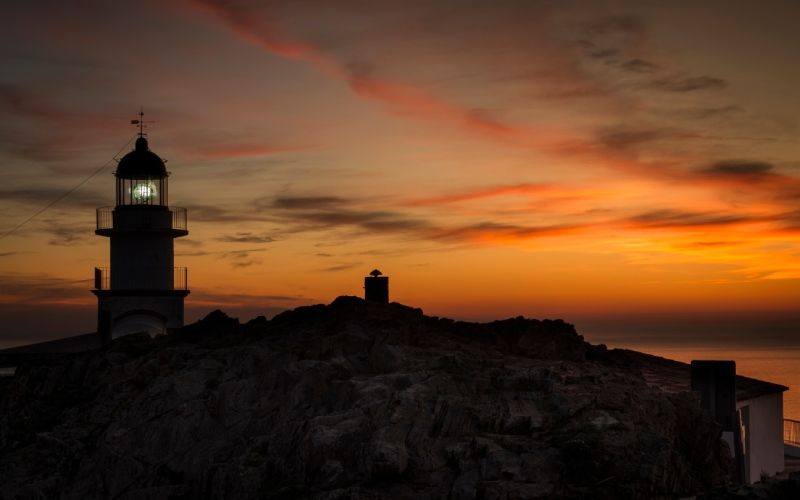 Cap de Creus is at the easternmost point of the peninsula. It is the place where the Pyrenees end up surrendering to the sea. It belongs to the Natural Park with the same name, the only one in Spain that has a land and a sea area.

From the lighthouse of Cap de Creus, in operation since 1853, you can see the best views of this geological jewel. Next to it, an Englishman fell in love with the place and bought the old carabinieri house. Today it is a bohemian restaurant and even rents out rooms. Who wouldn’t want to sleep with views like this? It is a magical setting to enjoy sunsets where the Pyrenees and the Mediterranean converge. The contrast of the sea with its black rocks and the shades of the sky at sunset make it one of the most special places to enjoy this natural spectacle.

A 15-minute drive from the Cap de Creus lighthouse is Cadaqués, considered one of the most beautiful villages in Spain. Everything you can imagine of a Mediterranean village: sailors’ village, white houses and a traditional atmosphere. Perfect to spend the night after enjoying sunsets and stroll through its narrow streets the next day. 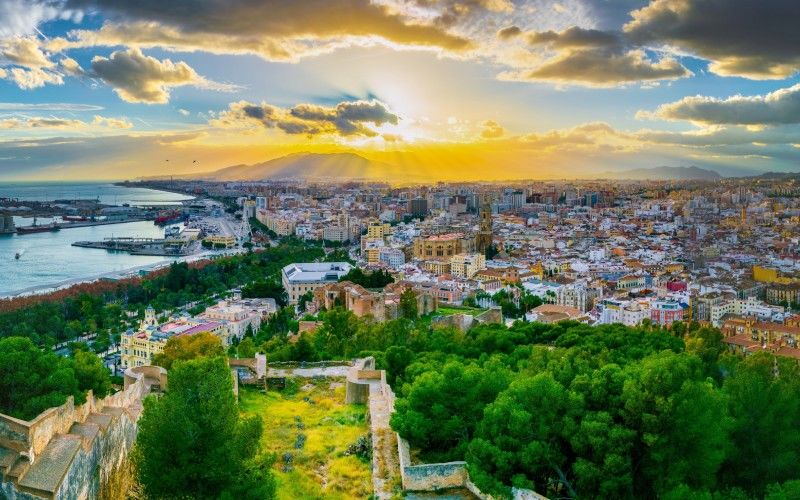 Gibralfaro Castle is one of Málaga‘s main tourist attractions, built in the 14th century to protect the Alcazaba. The site itself is steeped in history, has a wealth of heritage and architecture. In addition, it offers spectacular views of the city with the Mediterranean Sea in the background. It is worth a visit, to walk its walls and take a tour of the Interpretation Center to learn about its history. It has a great beauty at any time, but at sunset it acquires a romantic and special atmosphere. Ideal to see the last rays of the sun over the Port of Malaga. 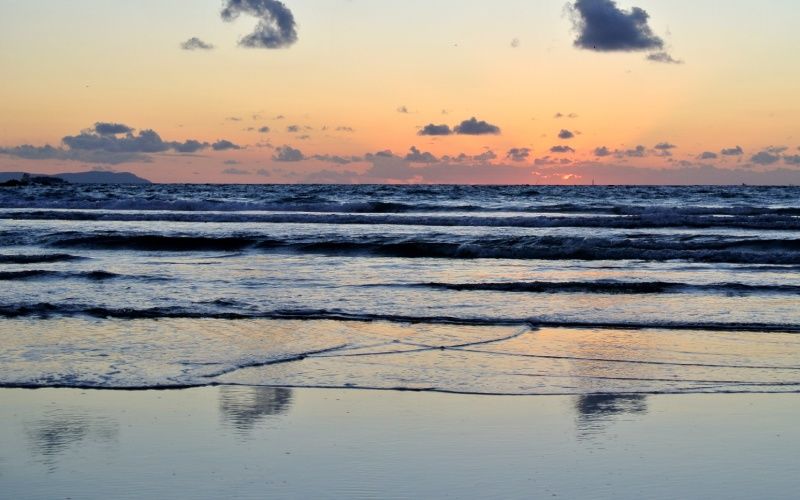 Located at the southernmost point of the peninsula, the Isla de las Palomas in Tarifa is one of the most curious places to watch sunsets.It is the point where the Mediterranean Sea is separated from the Atlantic Ocean through an artificial path. Looking to one side, the views of the sea and to the other side the panoramic views of the ocean, even from the front it is possible to contemplate the silhouette of Africa. The place has a great patrimonial importance because it was a defensive and commercial point used since the time of the Phoenicians. 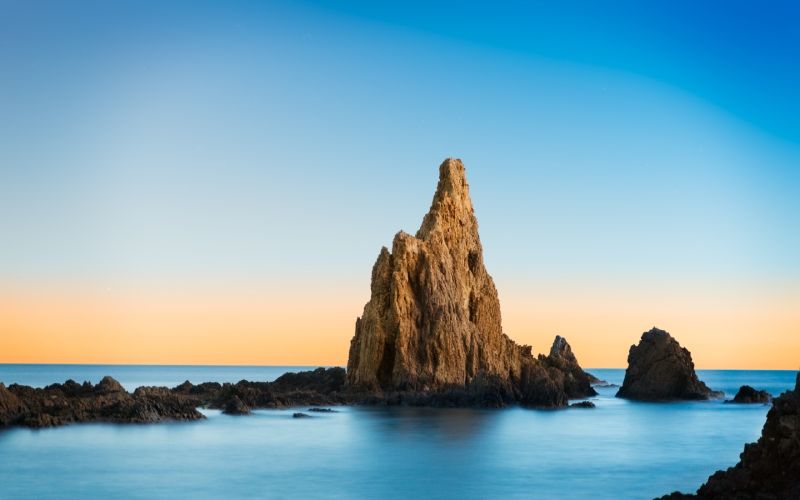 In the heart of the Cabo de Gata-Níjar Natural Park is the Mermaids’ reef viewpoint, next to its lighthouse. It is the most popular and photographed view of the park. A viewpoint with magical panoramic views over the Mediterranean Sea and the curious geological formations of volcanic origin that protrude from it. A wild and unspoiled landscape thanks to being a protected environment. The turquoise tones of its waters, almost transparent, allow to contemplate a plant called posidonia that inhabits the area. This added to the black of its rocks, its capricious forms and the tonalities of sunsets allow to feel the immensity of the place.

In addition, under the viewpoint is the old pier of the reef, there is even a path from the site to the Cala Rajá that allows you to enjoy the natural environment and its most secret coves only accessible on foot.

Sunsets from an amazing viewpoint from the Bunkers in Barcelona 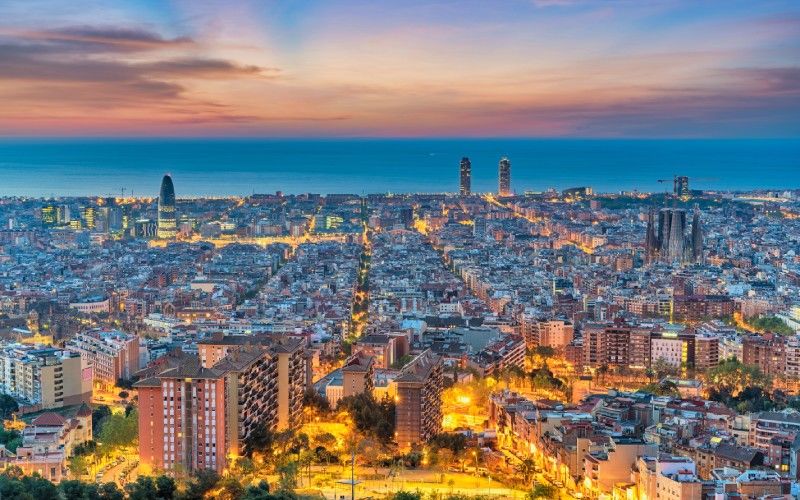 On the hill Turó de la Rovira, 250 meters high, is one of the most unknown and spectacular viewpoints of Barcelona. It has beautiful views with a special charm that draws a perfect postcard of the city. The reddish and blue tones flood the atmosphere. It is possible to contemplate the entire historic center with its famous monuments, such as the Sagrada Familia, the straight streets of the city and its tall buildings with the Mediterranean Sea in the background. In addition, it is possible to visit the old bunkers in the area, used during the Civil War to protect against bombing. Not only sunsets are enchanting, but also to see how the lights of Barcelona begin to turn on to welcome the night. 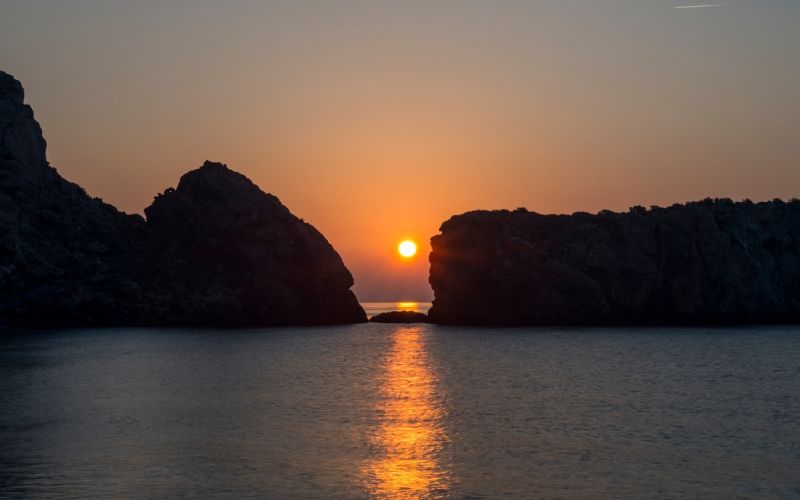 The Granada coastline has a great variety of tourist beaches, but the unknown Cala La Rijana is a hidden natural jewel for many tourists in the area. Located in the municipality of Gualchos – Castell de Ferro, it has an access on foot since it is a wild and virgin environment.

In it there is only a small beach bar and a rental company for active tourism in Granada, such as paddle surfing or snorkeling equipment. It has a great biodiversity and an abundant seabed with fish typical of the Mediterranean coast. During the day it is common to find some people from Granada, but at sunset the beach is almost entirely alone. It is perfect to enjoy nature in its purest state, bathed by the orange tones typical of this time of day. It also creates a beautiful play of shadows due to the rock formations that surround the cove. 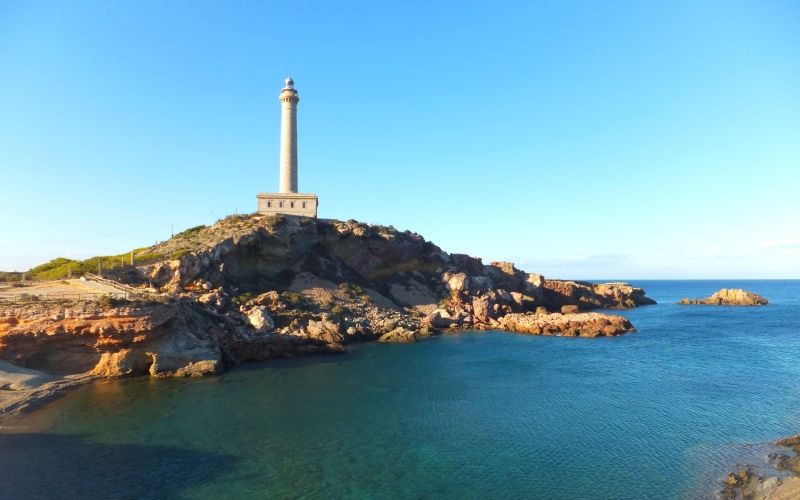 Located in Murcia, Cabo de Palos is one of the most beautiful fishing villages in the area. In particular, it stands out because its seabed is considered one of the most important reserves of the Mediterranean Sea. From its lighthouse you can enjoy the orange tones that flood the atmosphere at sunset, its white houses on the coast and the quiet coves of its surroundings invite you to disconnect. 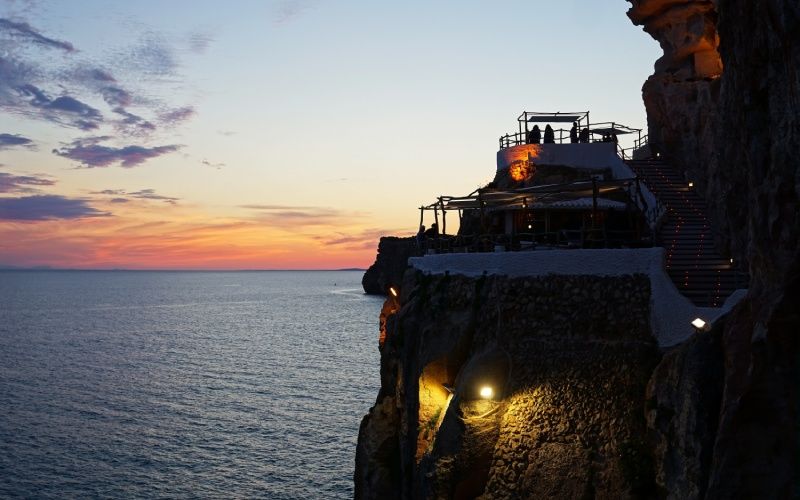 In Menorca is the Cueva d’en Xoroi, located on a cliff overlooking the sea on the south coast of the island. It is considered the best sunsets of the islands, and it is even the trendiest nightclub in the area. It is one of the most touristic places in the area, and no wonder, because it also has a legend.

This legend tells the story of a man named Xoroi and a strange mystery, hence the name of the cave. The place has several terraces and viewpoints at different heights. Access to it has a cost that varies according to the season because it is currently a bar-discotheque. Enjoying sunsets here is a sensory experience thanks to the tones over the sea, the chill music and the lively atmosphere. On Thursdays it organizes one of the most famous foam parties of Menorca, and every night it counts on international artists.

The best way to say goodbye to a day on the island: party and views of the Mediterranean at sunset. It is also close to the famous Cala de Porter, the Torre d’en Galmés and many other unspoiled coves in the area. 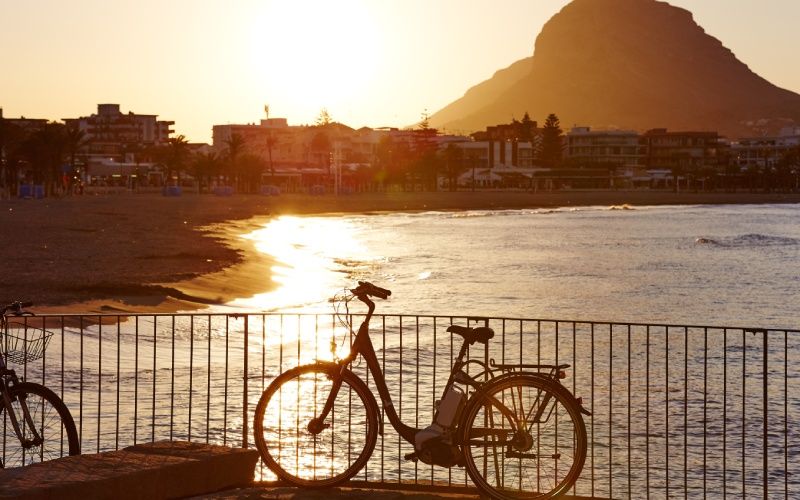 Jávea is one of the most beautiful and touristic places on the Costa Blanca, full of coves and pristine beaches surrounded by dizzying cliffs. In addition, it has a great scenic and historical importance. It is divided into three distinct areas: the port, the Arenal with beautiful beaches and the old town.

Such is its scenic beauty that there is the Route of the Viewpoints of Jávea, designed by the City Council, which runs along the coast from north to south. It starts at the Els Molins viewpoint and ends at the La Granadella viewpoint. Much of the route can be done on foot and some sections by car, but it is very well signposted. Enjoying the sunset in any of these natural balconies is a visual pleasure. This is thanks to its great cliffs and the immensity of the Mediterranean coastline bathed by the reddish tones of the sunset. 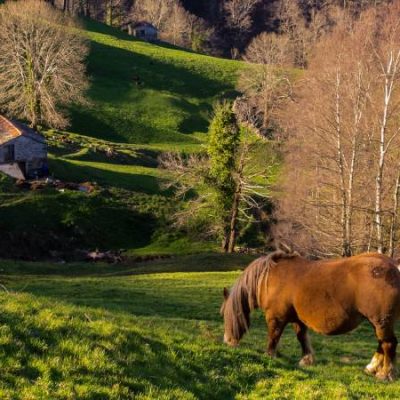 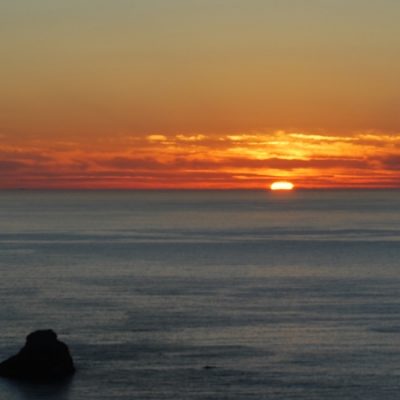 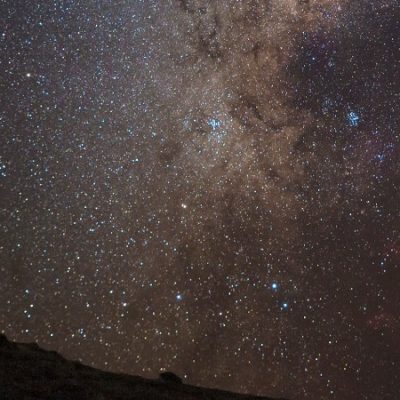 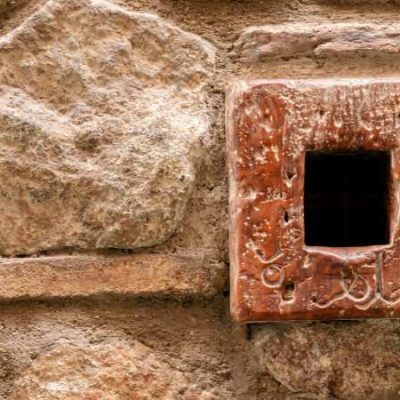