“Embargal esi sacho de pico / y esas jocis clavás en el techo / y esa segureja / y ese cacho e liendro…“, this is the sound of one of the verses of the poem El Embargo, written by José María Gabriel y Galán at the end of the 19th century. These words, in altoextremeño, take us back to the sorrow, the uneasiness, the serene resignation that accompanied the embargoes in our rural Spain. It is curious, since it was precisely the name of the poet, Gabriel y Galán; who named the marsh through which the residents of Granadilla had to abandon their homes after a forced expropriation.

It took almost 15 years for it to become effective: from January 1950, when the first decree was processed, until November 1964, the deadline that was granted to the residents to leave the village. They abandoned it, but never forgot it. “Since they are going to evacuate us / as we can see today / you must never forget / the town that saw you born / well in spite of us / is to have to abandon it”, wrote Valentín González, a local poet. Granadilla was abandoned, but none of its inhabitants wanted it to be so. 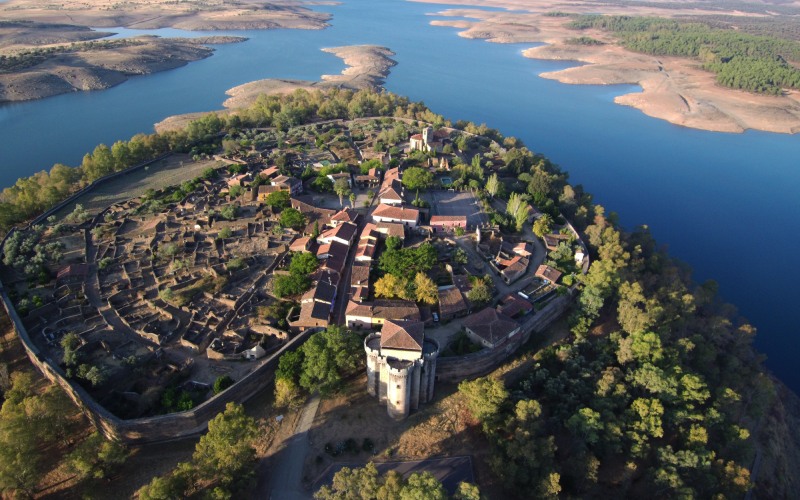 The old walled village of Granadilla, north of Cáceres. | Shutterstock

Before it was declared a flood zone as a result of the works on the reservoir; even before those centuries in which Gabriel y Galán lived, Granadilla was a town full of life. With a vote in Parliament, it was a mandatory stop on the old Vía de la Plata. Declared a Historic-Artistic Site since 1980, the ruins of its once proud castle and the impressive 12th century wall that can still be enjoyed speak of a time of splendour. Granadilla was once simply called Granada.

But life was cut short in the middle of the last century, when the construction of this reservoir forced the abandonment of the village. Its inhabitants, relatives and neighbours, had to leave behind not only their homes but also the relationships that united them. They left, and nature devoured what they had built with so much care, making it seem as if Granadilla had fallen into oblivion. This was not the case: those who are still alive have not forgotten their roots or the forms of the wall of Granadilla. 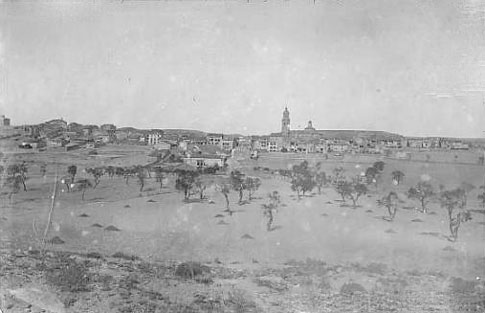 José Félix Ruiz Carrero tells us that his mother, María Caridad Carrero Muñoz, does not have many memories of that time, but this does not mean that her thoughts have abandoned what will always be her land. María Caridad passed through different parts of the Spanish geography, until she finally settled in Plasencia. Every year, on the 1st of November, she still visits Granadilla, accompanied by her family. There is still life there, but she still searches for those she lost.

“It was a small village, with about 1100 inhabitants, but at the same time very beautiful”, explains José Félix, speaking in his mother’s voice. “They had to get out of there because they said that the reservoir would flood it, which was not the case. The only thing that flooded was the cemetery and some land. My family left Granadilla in the 1950s, as did other neighbours who also left in different years. They went to different towns, and that is why many families lost contact,” he concludes. There is nostalgia and sadness in José Félix’s words, but he himself tells us about the resurgence and how surprisingly beautiful Granadilla is. “It is being reformed by students from different places,” he tells us, and in his words he lives the best way, perhaps the only way, to reconcile past and present.

A new life for Granadilla

Granadilla has been part of the Abandoned Villages Recovery Programme since 1984. For some years now, it has been part of an educational project that aims to promote respect and enjoyment of natural areas. It is based on our heritage and the own experiences of the young people who participate in the programme. Promoted by the Ministry for Ecological Transition, the Ministry of Development and the Ministry of Education and Vocational Training, this project, aimed at schools throughout Spain, offers the possibility of living together for a few days under the shelter of this eternal wall.

Rebuilding, learning, caring, preserving and enjoying the village and its natural spaces, in a new era for everyone. Young people are taught how the last inhabitants of Granadilla lived, and the principles that should govern tomorrow are strengthened. These students enrolled in the programme, in addition to learning about their history, our history, have the opportunity to build a new one; one that walks hand in hand with the rural world and nature, without forgetting the origins but projecting a desired future.

The programme covers four main areas of activity: cultural recovery and maintenance of villages, environmental education to achieve sustainable development, individual health, and motivation and coexistence. In this respect, workshops are held on carpentry, ceramics, body expression, dance and recycling. The response of these young people who give Granadilla a new life could not be better, tells us Luis Cano, coordinator of this Programa de Recuperación y Utilización Educativa de Pueblos Abandonados (“Programme for the Recovery and Educational Use of Abandoned Villages”), known simply as PRUEPA. “The truth is that everyone has a really surprising memory of their participation in the programme,” he explains. And he continues: “It is very inspiring. They live there with people they know and also with people they don’t know; but in a week there is time to establish interpersonal and emotional relationships”.

“The truth is that it is a very complete programme. Very complete, on the one hand, educationally, but I also think that we have the advantage that it touches emotions, it touches knowledge, it touches many skills,” explains Luis. And then he points out this diversity: “many very different jobs are developed. For example: in the mornings, the groups, in rotation, can go from being bricklayers to maintaining the environments they use, or carrying out ecological agriculture and gardening, or ecological livestock farming“. Granadilla, before closing its doors due to the health crisis, had a capacity for 75 people. What was experienced during those days in this village by the reservoir that saw it die is historic; because that same reservoir now watches it live again. There is life again in the streets of Granadilla, always with the memory of the place that once was.

Life also enhanced by tourism. We spoke to Noelia Parra Jiménez, who managed “Granadilla Viva”; a small company dedicated to getting to know the town, its history and the area. Her grandfather, she tells us, lived in Granadilla for the last ten years; and with him they have lived the stories until they reached their granddaughter. “The average tourist doesn’t usually understand why there is such a powerful artistic monument and why it isn’t exploited,” he tells us, reflecting on the reaction of the tourists who visit Granadilla. This beautiful village is still not known as it should be; but those who have seen it agree: it is very beautiful. “They were impressed by what was there and by how little tourist exploitation there is,” he explains. 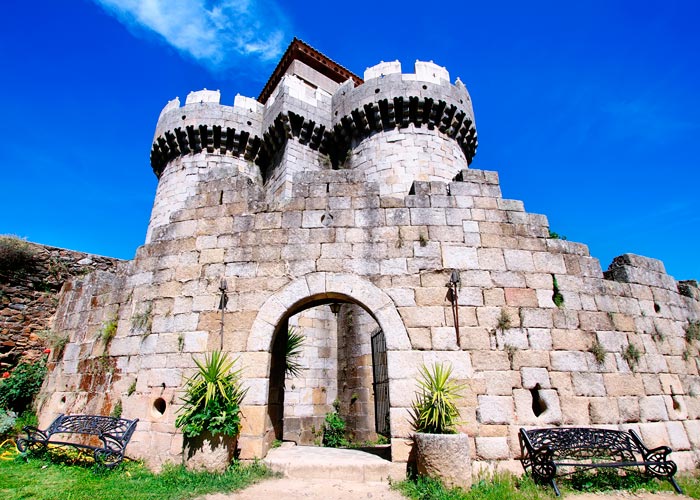 But increasingly, in recent years, Granadilla has been discovered. And revitalized. Lives lost cannot be returned, but we can be confident that new ones will have their chance.

For almost thirty years, it was nothing more than a memory among those who lived in the village. A memory, as we say, devoured by nature, abandoned to it, almost lost. But it resurfaced. It was reborn and revived, in many different ways. With that visit on the first of November by those who never forgot it. Also with that future projected by some young people who, who knows, perhaps one day will live in a similar place. And with the interested tourists, who are astonished by the imperishable beauty of Granadilla. As José Félix told us: if one day you visit it, you will be surprised.