Amidst welcoming mountains, imposing valleys and quiet roads, resists Búbal, a small stone town that, it seems, has had to surrender to an existence full of struggle. For different circumstances, before different enemies, but always on the same stage. It persevered, like its neighbours, against the invaders from Gaul, the ancient France, which gave its name to the river Gállego, so characteristic of the area. Its history speaks of times when it had to face all those who wanted to, and could not, conquer the Tena Valley. A majestic valley, serene, as old as time, which today, in the best possible way, fights against another feared enemy: depopulation. Emptiness and abandonment.

This small town resisted: Búbal. In its own way, in its own history. It tried to combat the immensity of the Pyrenees, this abandonment, a reservoir and the floods, but it fell to the latter. Búbal was abandoned at the end of the sixties, but this is also part of its ancient history. Little by little, it has been brought back to life. Búbal is another of those villages that have managed to re-emerge, fill themselves with hope and trust in a new era. 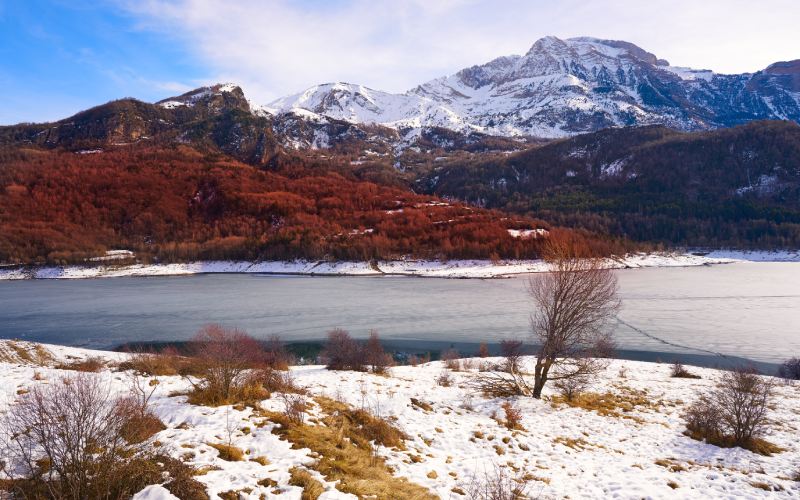 Abandonment before the Renaissance

Like Granadilla and Umbralejo, in 1987 it became part of the Programme for the Recovery and Educational Use of Abandoned Villages (“Programa de Recuperación y Utilización Educativa de Pueblos Abandonados”), known simply as PRUEPA. These beautiful spaces, once inhabited, are now being used as part of an educational project involving young people from all over Spain. Managed for a decade by the Government of Aragon, Búbal can boast of being one of the best environments in which to learn about nature, coexistence and cultural recovery.

Búbal’s history is similar to that of Granadilla. Its inhabitants, barely 90 in the middle of the last century, had to leave behind their houses, their lives, the bonds they had created between them. The Ebro Hydrographic Confederation expropriated the town. Its goal: to build the Búbal reservoir. Although today it is one of the most impressive landscapes in our country, the waters of this reservoir caused the departure of its inhabitants. The land from which they used to subsist was flooded and, with the passage of time, cruel when left, many of the homes collapsed. The stone melted with the nature of the area and for twenty years there was nothing but that chilling silence of the mountains. 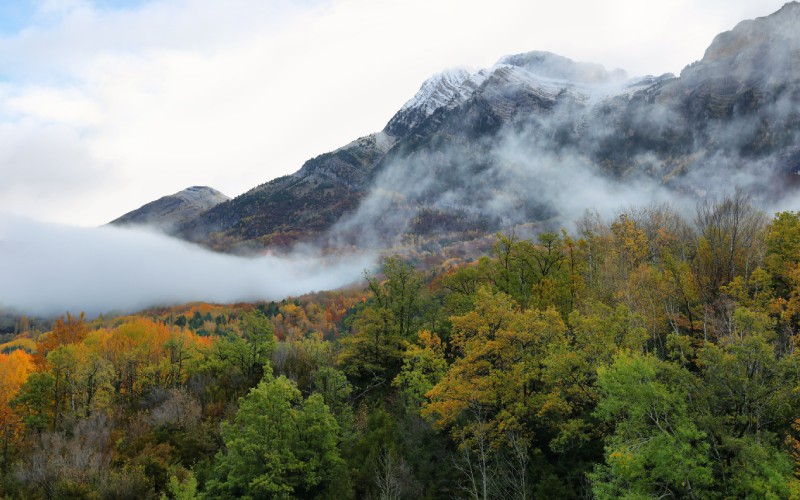 One of the forests surrounding the Búbal reservoir. | Shutterstock

The reconstruction of the village began in the mid-1980s, when Búbal was one of those chosen to be part of PRUEPA. At that time, they were not yet fully aware that one day hundreds of children would come to enjoy the warmth of these new homes. Every year, for the last three decades, dozens of high schools throughout Spain have had the opportunity to join this educational project which promotes the approach of young people to rural life.

There may not be family ties in the streets of Búbal, but during the days when the project is underway, real families are created. This is what those who have had the opportunity to live this experience say. An experience that has once again filled these ancient streets with voices, steps, shouting, love, joy and stories.

Past, present and future

The traditions of the Pyrenees, their way of life and their beliefs, serve as the basis for activities that teach these young people to respect rural and natural environments. They also respect themselves, their peers, their history, our history and the future they have ahead of them. The workshops designed for this purpose take different forms, but the background is always the same: getting to know rural life, respecting it and loving it. To know oneself.

Within this programme we find workshops on looms, masonry, maintenance, carpentry or even grazing, with the collaboration of the people of the area. There are also various excursions to neighbouring towns that have not yet managed to recover. Who knows if they will end up doing so, perhaps even thanks to these young people who, at a crucial age, understood the importance and value of the rural world. 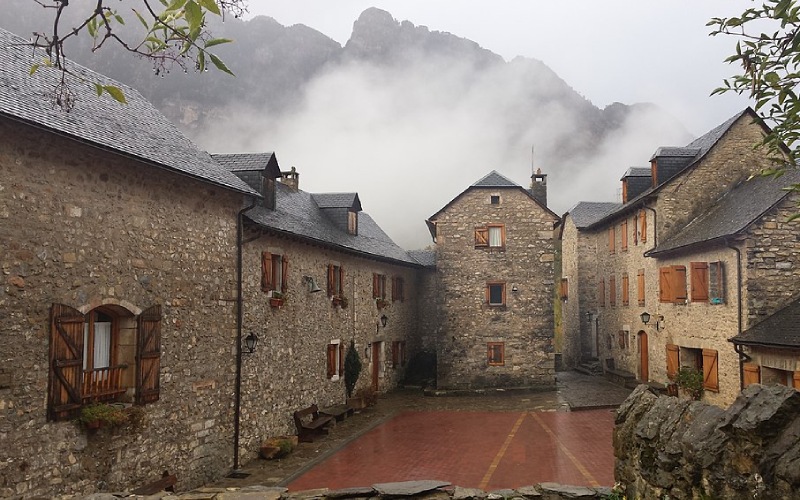 The town of Búbal, province of Huesca. | Wikimedia

Young people who enjoy their free time, various entertainments and hiking routes where the path leads to an ancient beech tree, a meeting place for ancient covens. The Celtic origin of these mountains allows part of their culture to be conditioned by the existence of witches, druids and other figures that have not ceased to impress us centuries later. Many workshops have to do with the discovery, and enjoyment, of what is now legendary but was once customary.

This small corner of the Tena Valley is still visited by those who once inhabited it, with the best of intentions to share their own experiences and teachings. Also to avoid falling into another enemy related to time: oblivion. Búbal, like Granadilla, does not forget its origin but, like all our revenant villages, it seeks a future. A new life.